All four decisive games in the match between China and Spain at the semifinal stage of the World Team Championship had the Chinese representative playing with the white pieces. Three out of these games were won by the Asian squad.

In the first set, Li Di got the better of Miguel Santos on board 4, but Xu Xiangyu was defeated by David Anton, keeping the score balanced before the players switched colours for the second 4-game set.

While China kept its lineup for the second mini-match, Spain fielded Daniil Yuffa on the fourth board in substitution for Santos. Wins by Lu Shanglei (over Jaime Santos) and Bai Jinshi (over Alexei Shirov) gave China overall victory and a chance to take gold medals in Friday’s final match against Uzbekistan.

Bai and Shirov entered a sharp, theoretical line out of a Slav Defence, which saw the Spaniard giving up a pawn for activity and the Chinese responding in kind right from the get go.

Shirov’s 13…Bh6 was the novelty in this double-edged position, deviating from 13…Qe7, which also attacks the weak pawn on e3 (the queen move was played in a correspondence game).

After 14.Qa3, preventing Black from castling and controlling the all-important e7-square, there followed 14…Bxe3 15.Ke2, as Bai began a creative 3-move manoeuvre to find a safer square for his king and activate one of his rooks.

For the first time in the game, Bai took a long think, as he knew he had a better position and wanted to make sure that trading queens was his best alternative to convert his advantage. After spending over 15 minutes on his decision, he went for 19.Qxe7+ Kxe7 20.g3, simplifying into a more technical position.

Shirov did not give up easily — at some points it seemed like he had some chances of escaping — but Bai kept putting pressure on Black’s position until getting the win. It was an entertaining, hard-fought battle! 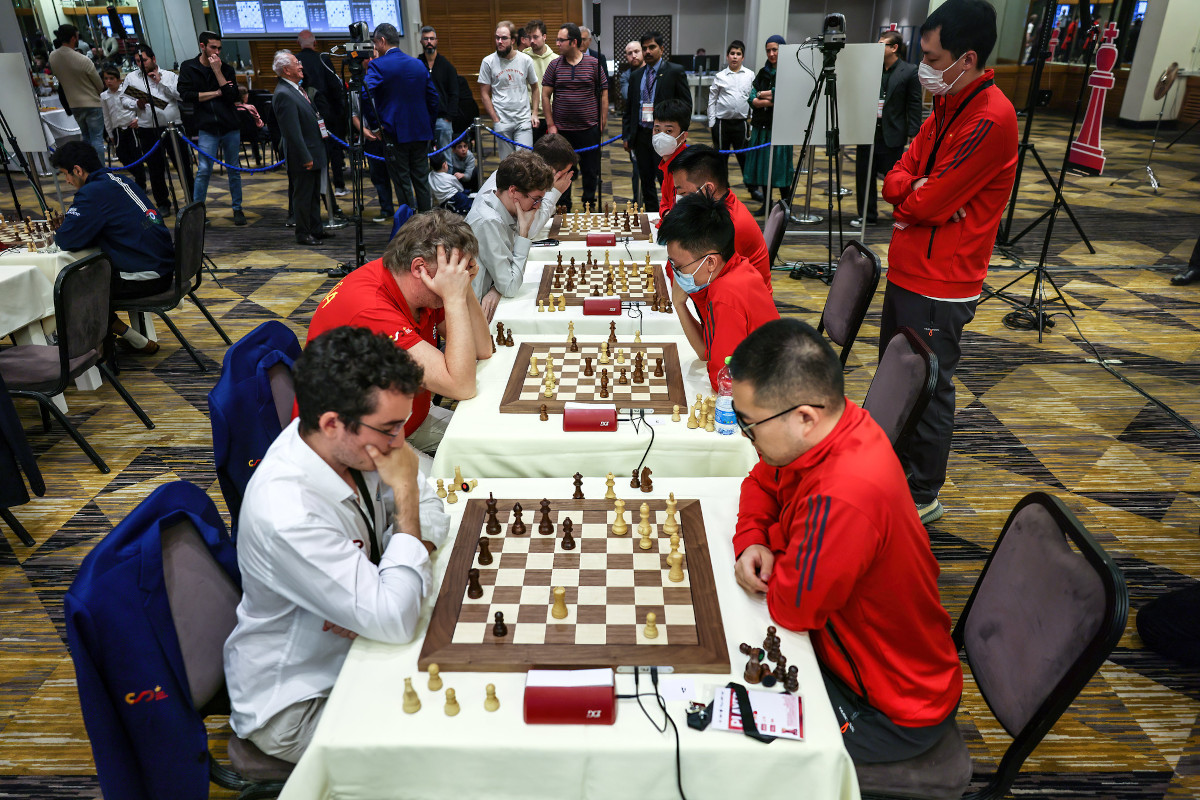 At the record-breaking Chennai Olympiad this year, Uzbekistan entered the competition as the fourteenth seeds and ended up winning the tournament convincingly. Now, at the World Team Championship, the young squad is missing its best representative — Nodirbek Abdusattorov — but has nonetheless defeated nominally stronger teams to reach the final in Jerusalem.

Following his successful showing at the Olympiad, Ivan Sokolov was once again hired to work as captain of the team in this event. The inimitable coach showcased his well-known fighting spirit in a tweet shared after his team beat India in the semifinals.

Winning tense semifinal vs India.
Tomorrow final vs China.
Obviously, we are going for it!!

Much like in the other semi, the first set ended drawn. In the second mini-match of the day, wins by Nodirbek Yakubboev and Javokhir Sindarov gave the Uzbek team overall victory.

Sindarov played a nice final move to prompt Nihal Sarin’s resignation on board 2.

A beautiful forcing sequence that was duly foreseen by the 16-year-old from Uzbekistan. 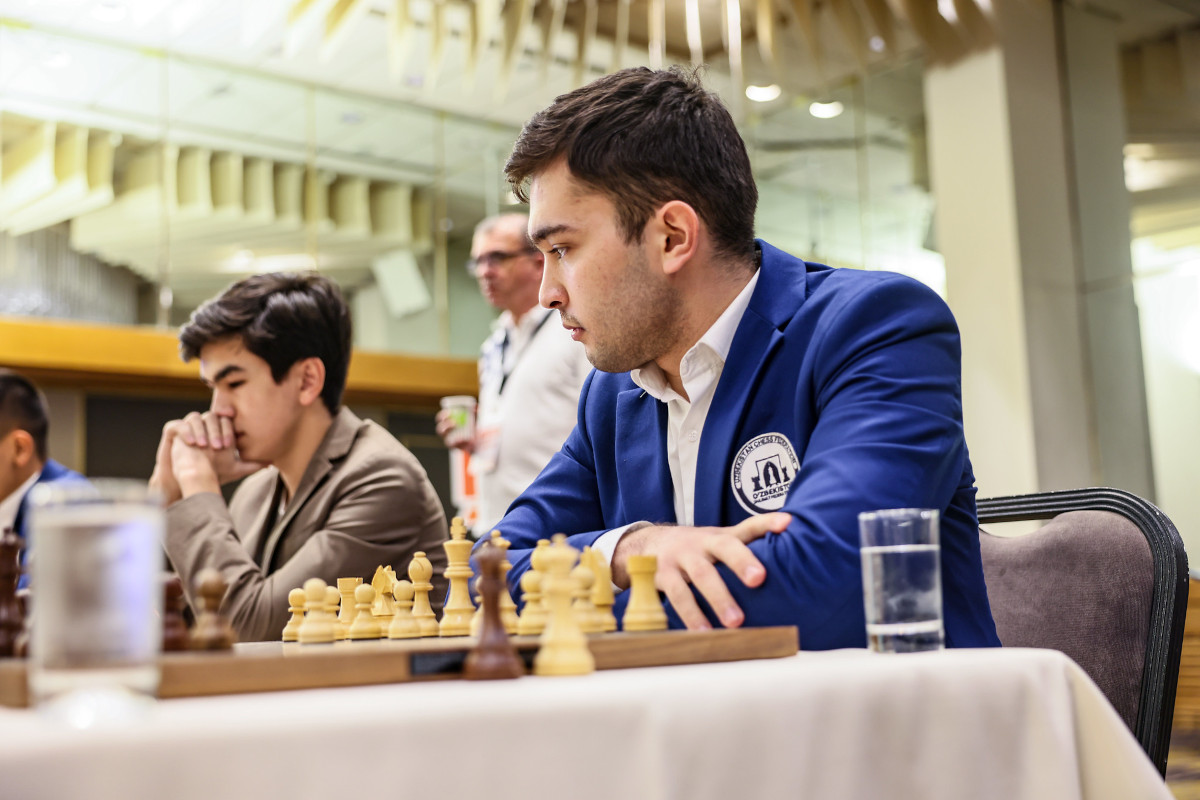 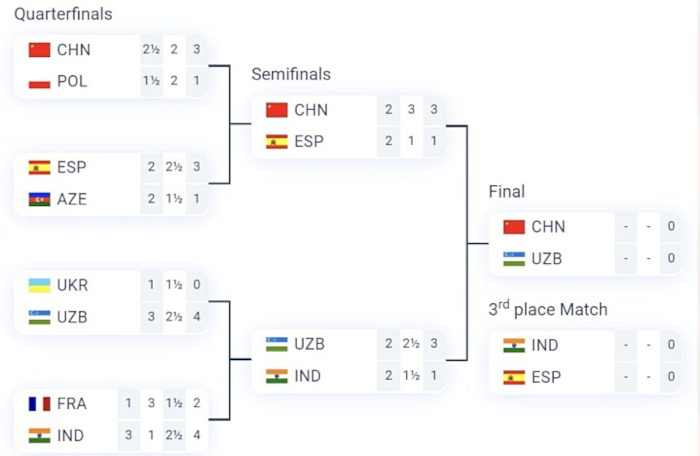 ChessBase is a personal, stand-alone chess database that has become the standard throughout the world. Everyone uses ChessBase, from the World Champion to the amateur next door. It is the program of choice for anyone who loves the game and wants to know more about it.

Understanding before Moving 101: Play the Sicilian! (3)

The Genius Moves That Will Make Steph Curry a Billionaire

Jermell Charlo warns Terence Crawford not to mess with him