The open championships were played as a 12-player round robin. The time control for all three tournaments was 100 minutes for the first 40 moves, then 50 minutes for the next 20 moves and 15 minutes plus 10 seconds increment per move for the rest of the game. The prize fund in the open tournament was over 15,000 euros with a first prize of 3,500 euros for the winner.

In the absence of Daniele Vocaturo, Luca Moroni started as the top seed and took the lead after round 4, and did not relinquish it until the end of the championship. Moroni finished with a score of 8.5/11, he won the title with one round to spare, and he was the only player who remained undefeated.

For Luca Moroni, born in Desio in 2000, it’s the second time he’s won the Italian Championships. He won his first title in 2017 as a 17-year-old, becoming the second youngest national champion after Fabiano Caruana in Italy. In 2017 Luca Moroni also became a Grandmaster.

Luca Moroni is not to be confused with another FIDE-listed Italian chess player of the same name, who was born in 1962 but is untitled. 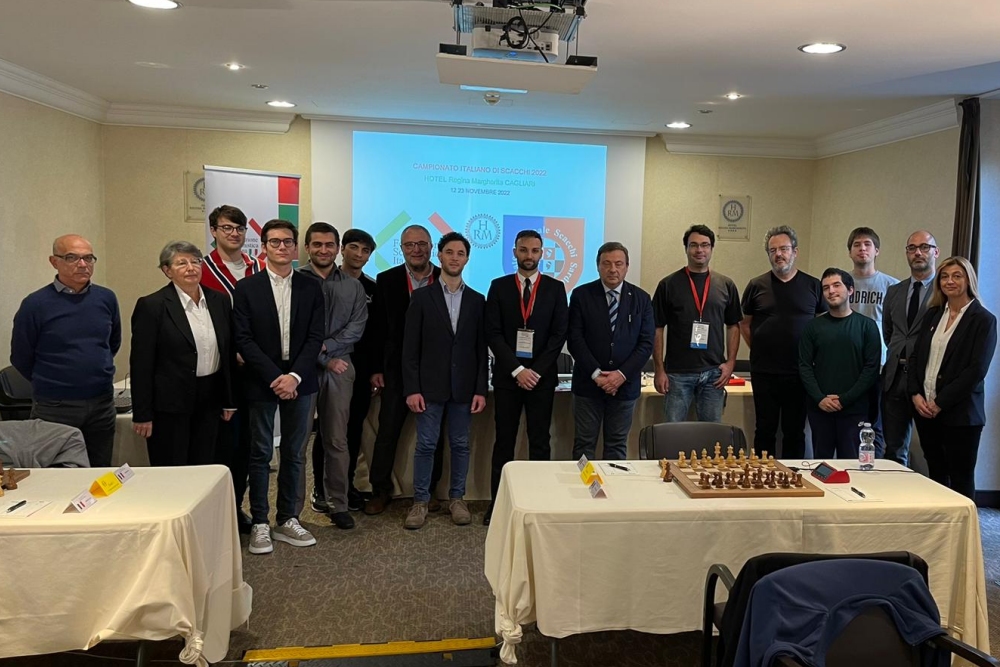 The participants of the open championship

The women’s national championship was an eight-player round robin. Here a prize fund of 6000 euros was offered, with 1500 euros for the winner. Top seed was Marina Brunello, number one in the Italian women’s ranking list. However, the tournament was dominated by Olga Zimina, who won the tournament with one round to spare as did Moroni in the open championship. 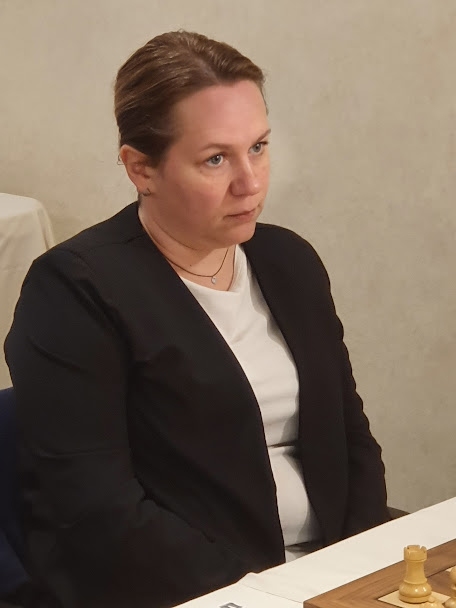 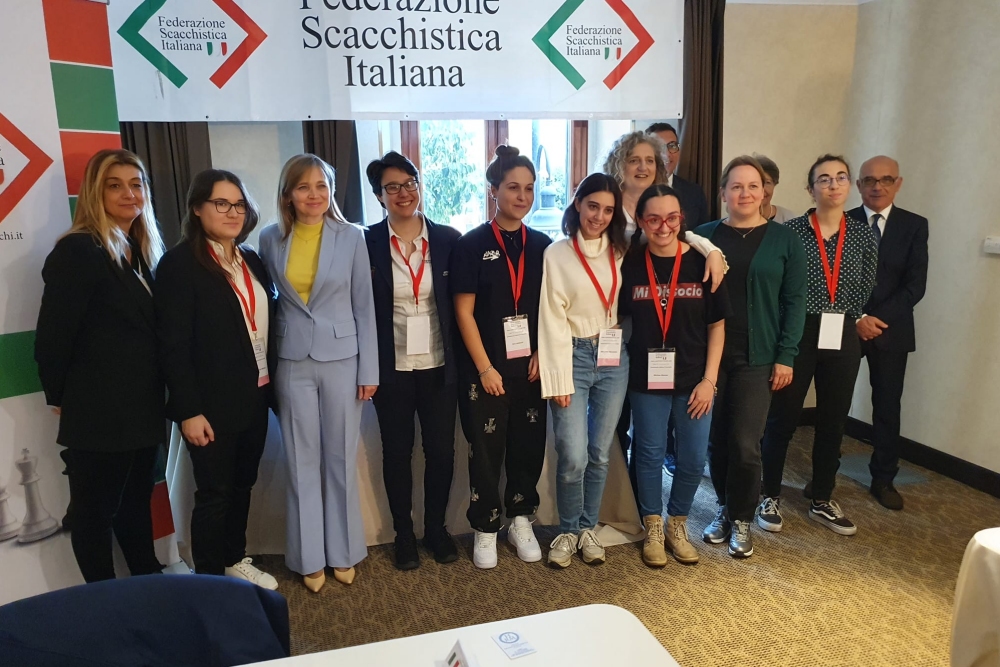 The Italian Junior Championship was also held at the same time, also with eight players. Here FM Gabriele Lumachi won with 5.5/7, one point ahead of Ieysaa Bin-Suhayl.