You might be inclined to believe the game notations below are just to be looked at and the moves to be played through in your mind. But as most of you know you can click on the moves to get a separate replay board, which you can resize and move to the best place on your screen.

The popup board has full controls, and you can use the navigation buttons to advance the moves, as well as use an engine or save the game or position to your computer. In the engine window you can ask for multiple lines, or what the threat is, or see the positional evaluation of the position. 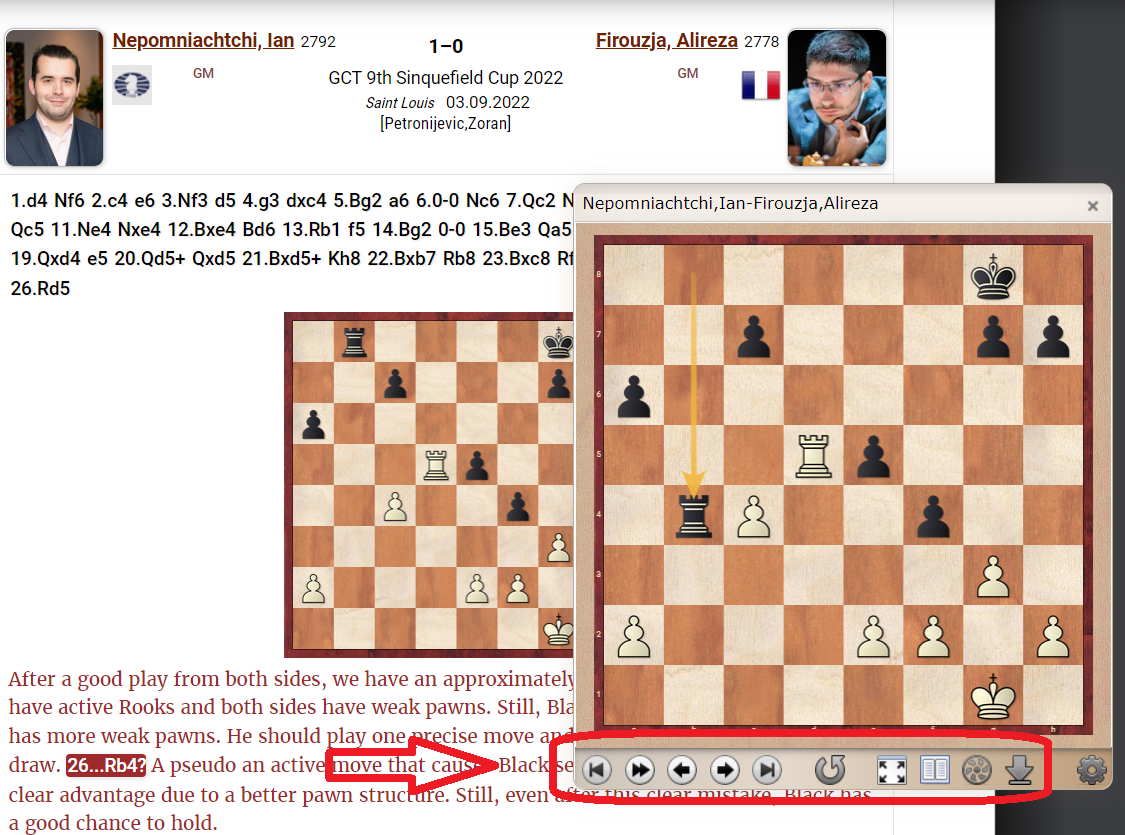 Young Arjun is given a lesson in queen and rooks to just a rooks endgame, and while he had his chances, the World Champion is able to eventually squeeze out a win.

A matter of technique

Magnus takes advantage of the Vietnamese player’s offer to enter a queen versus rook and bishop endgame, even though converting it is anything but straightforward.

By the hair of his chinny-chin-chin

It is a close affair in this sample as Wesley So drops a tactical bomb on Carlsen’s lap, giving himself a winning position in the process. It is a tense but fascinating struggle between the two.

To the bitter end

Magnus knows he has the better position but faces monumental defensive efforts by his rival. Don’t miss this fascinating end.