The festival was born in 1994, first taking place every two years and soon after every year. The 2003 edition of the Trophy was also the World rapid championship – apart from Garry Kasparov the world’s ten best players all took part. Later, Magnus Carlsen, Judith Polgar, Hikaru Nakamura and many more played in this tournament. The 2021 edition was won by no less than former World Champion Veselin Topalov!

The 2022 edition was fully booked a few days before the start! Besides the Trophy, it saw 879 players (36% of which were aged under 20), 49 GMs, 80 titled players. Three IM norms were realized and French IM Loic Tradavon failed to score a GM norm after missing several wins in his last round game. 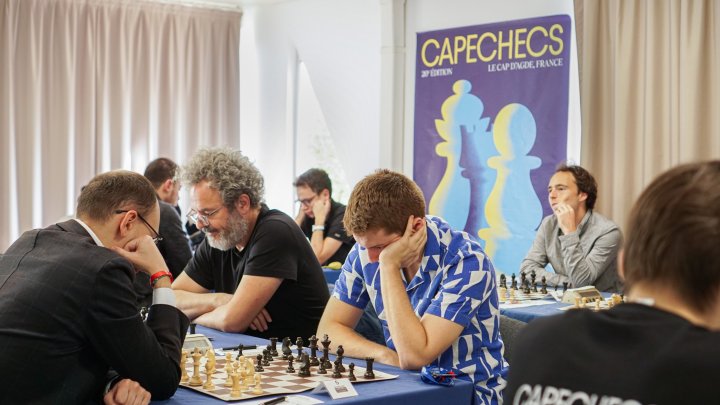 Top boards of the Grand Prix

A total of eight tournaments were played: the Trophy, the Grand Prix (main open), the Cavalier (open for amateur players), the Avenir (open for amateur players of a lower rating), the Fil Rouge (open for beginners, mostly very young players), the rapid (taking place in the mornings), a blitz tournament, and the Capexpress Chessable blitz tournament as a closing event (16 selected players from the Trophy, Grand Prix Open and commentary team!) which was won for the second time in a row by GM Daniel Dardha. 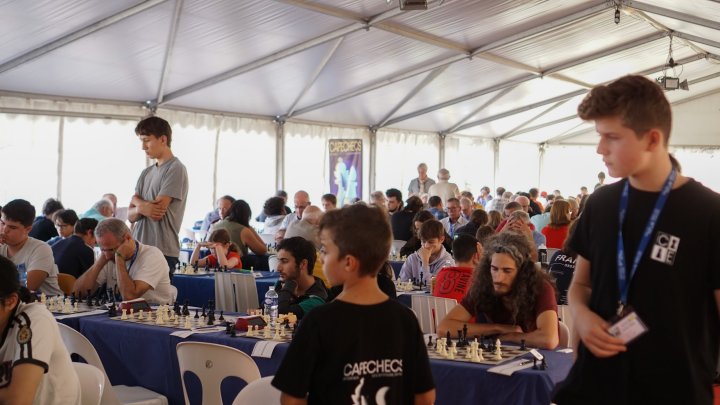 Capechecs is not only chess – it also offers a wonderful and charming environment near the sea, all players of all levels staying altogether at the CCAS Holiday Center. Every year towards the end of October, Cap d’Agde becomes one of the capitals of chess. In 2022, the festival had the honor of counting Susan Polgar as a special guest. 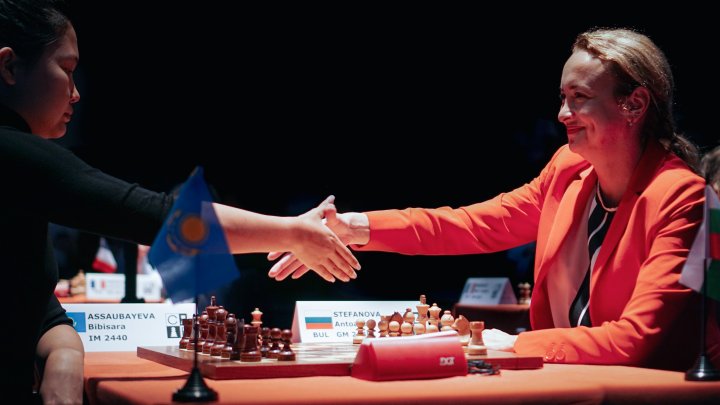 The eight players faced each other in a double round robin (25+10) to decide which four players would qualify for the semi-finals. Fressinet won the qualifier and had to play against Maurizzi in the semi-final. Dardha (semi-finalist 2021) and Moroni (finalist 2021) played in the other semi-final. Fressinet won a very narrow match against Maurizzi (2,5-1,5) and Moroni defeated Dardha (1,5-0,5). Although the match had ups and downs, Fressinet was the better player in the final to claim gold!

The tournament was broadcasted and commentated in French by GMs Romain Edouard and Matthieu Cornette, as well as WFM Mathilde Choisy. 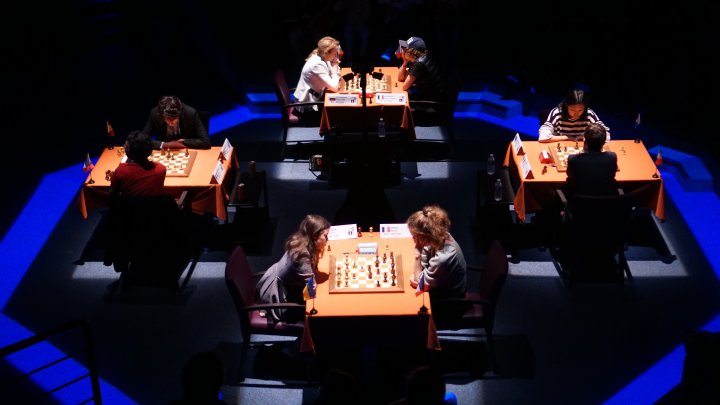 The Trophy has started

It also featured a total shock when GM Luca Moroni got mated by GM Marie Sebag in a winning position, the latter having just few seconds left on her clock!

Daniel Dardha had a terrible first day, scoring 0,5/3 in basically only winning positions, but hit back quickly. Here’s one of his very innovative victories, playing 6.Bd2!? against Sebag’s Najdorf and actually obtaining everything he could dream of out of the opening.

Winning the first game and playing incredibly well in the second half of the event, Marie Sebag couldn’t make it to the top 4 due to a terrible slump, just scoring 0,5/7 from rounds 2 to 8. One would have expected her to give away, but she didn’t and won a few fantastic games, including one against the tournament winner Laurent Fressinet.

A big turnaround in the event came when Assaubayeva was close to beating Laurent Fressinet in the last round of the qualifiers. With a win the young talent from Kazakhstan would have shared 4th place with Maurizzi and would have qualified for a tiebreak match for the fourth and last qualifying spot. But then Assaubayeva suddenly blundered.

In the semi-finals Moroni’s victory over Dardha was convincing, but the match between Fressinet and Maurizzi could have gone either way. Fressinet won the first rapid game with Black, but Maurizzi hit back! However, in the first blitz game Maurizzi missed an incredible number of wins until he finally blundered and lost. He also had chances in the second blitz game but missed them and lost 1.5-2.5.

Fressinet and Moroni faced each other in the final. The two rapid games were drawn, although White missed chances in both games. The first blitz game was a miraculous save by Moroni! 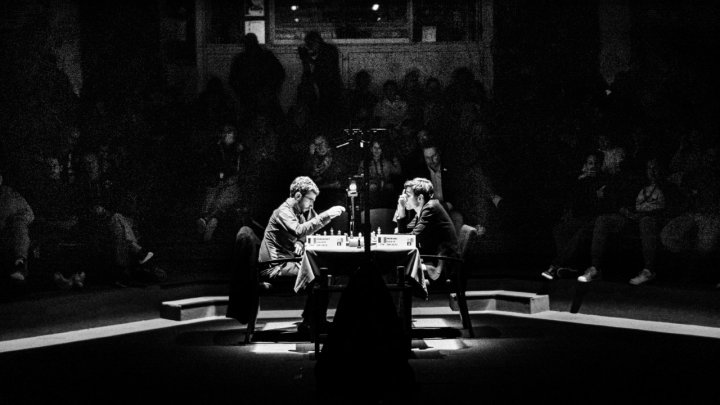 After a win in game 5, Fressinet needed only a draw in Game 6 to win the event. He seemed in full control but at one point Moroni missed a chance to equalize the match! 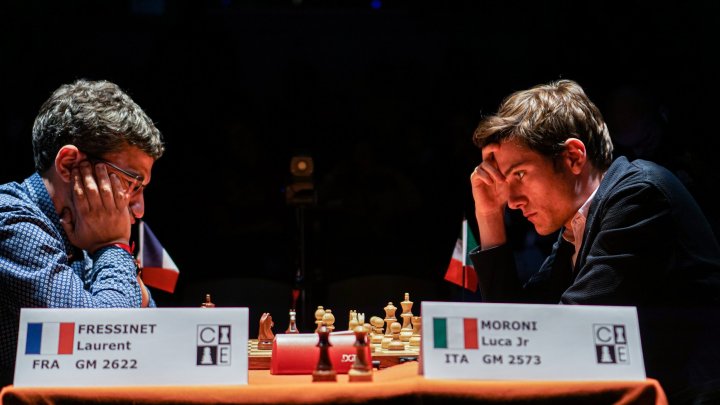 A closer view of the players

A very tense finish in the famous Salle Molière, a beautiful theatre full of spectators! 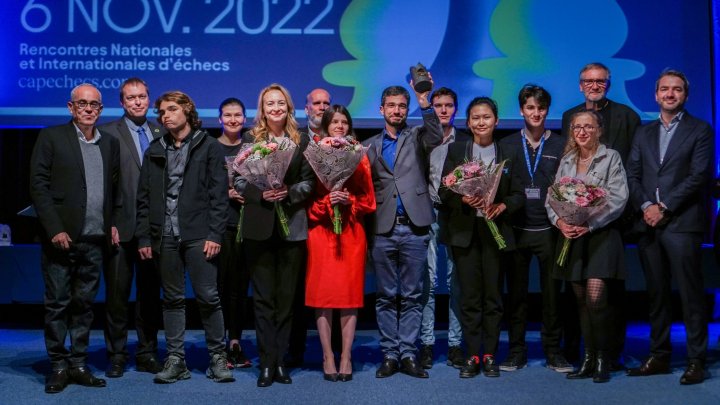 Closing Ceremony: the Trophy players and part of the organizing team

Yesterday’s Live Stream with the Developers of ChessBase 17

Maalaala Mo Kaya to Bid Farewell After More Than 30 Years

Tata Steel Chess to kick off in less than a week

Will Thurman RETIRE if he loses to Barrios? ⋆ Boxing News 24

NG debt dips to P11.9 trillion but still beyond goal