Carlsen ends with yet another win

Despite having won both the series and the tour in advance, Magnus Carlsen arrived in San Francisco’s Ferry Building ready to fight on Sunday. He had to face none other than Jan-Krzysztof Duda, who finished the series in second place and was sharing the lead in this tournament until the third round.

Carlsen won games 2 and 4, both with black, to end the event with yet another win, a seventh in a row — six of which did not include blitz tiebreakers. In both games he won, Carlsen converted a superior endgame with a minor piece (and a few extra pawns) against a rook.

Four extra pawns turned out to be too much to handle for Duda in the second game of the day!

So loses to Giri in Armageddon, finishes in second place

Wesley So and Anish Giri had diametrically opposite runs going into their direct encounter in round 7 of the Meltwater Tour Finals — So had won his last four matches, while Giri had lost his last four matches. Fittingly, the players tied all four of their rapid games, traded wins in the blitz tiebreakers and decided their confrontation in an exciting Armageddon encounter.

In the sudden-death game, Giri had the black pieces and, under tremendous time pressure, got to find a mating attack following a blunder by his opponent.

Despite losing this game, and thus the match, So finished in sole second place with 13 points to his name. For Giri, getting to beat such a strong opponent (who, in addition, was in great form) will surely help him to more easily leave behind his bad run in San Francisco.

It was a crazy end to the Armageddon game, as demonstrated by Giri’s reaction!

Once again, Le Quang Liem proved his mettle as a rapid-chess player by finishing the strong tour Finals in sole third place after beating Shakhriyar Mamedyarov in round 7. It was a drawless match, with the Vietnamese winning three games to prevail and leapfrog Duda in the final standings.

Game 2 saw Mamedyarov blundering the game away by allowing a tactical shot in the middlegame.

White emerges with a better position after 28.Qxb7 Rxb7 29.Nf3 Qg6 30.exf6. Two rooks and two knights were stronger than a queen and a rook in this setup. Black’s resignation came six moves later.

The all-Indian confrontation between two prodigious players favoured the one playing on-site in San Francisco, as Praggnanandhaa defeated Arjun Erigaisi by a 2½-1½ score. The compatriots both finished the tournament with 9 points, with Pragg grabbing fifth place thanks to his victory in the head-to-head encounter.

Pragg had a great performance throughout the series: the 17-year-old got third place in the overall standings, with his showing at the FTX Crypto Cup — where he finished second behind Carlsen — the highlight of the series for him.

Facing such tough opposition is no easy task. The ever-enthusiastic Pragg had no energy left to enjoy a Golden State Warriors game in full! 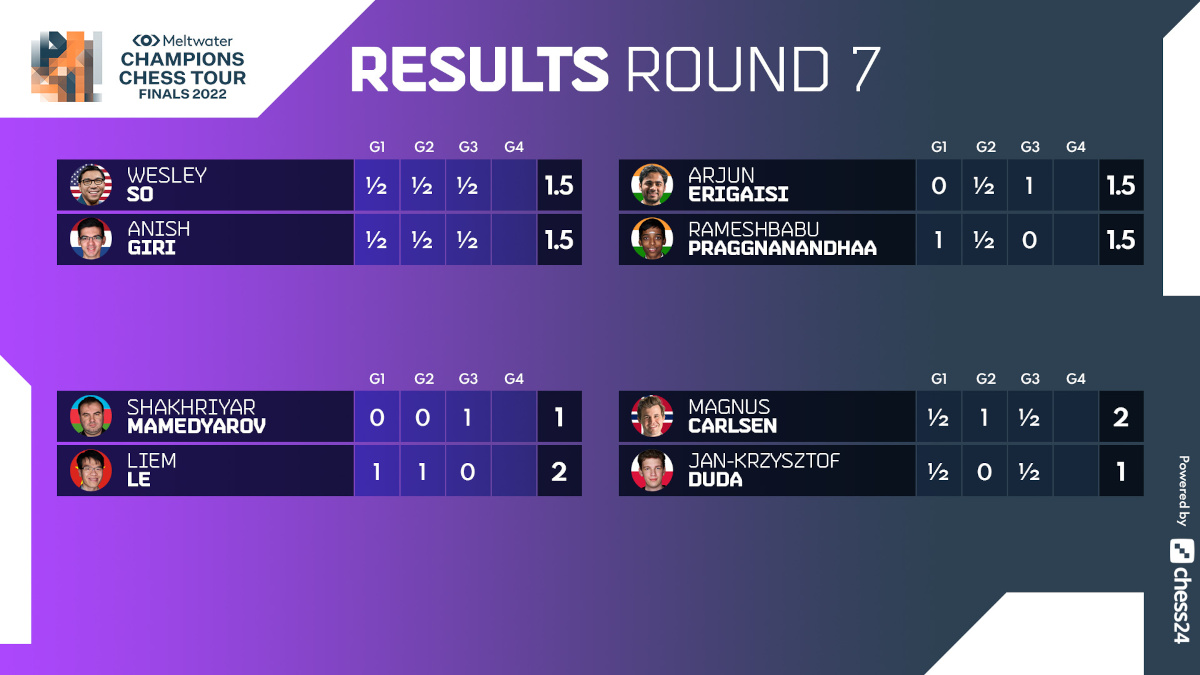 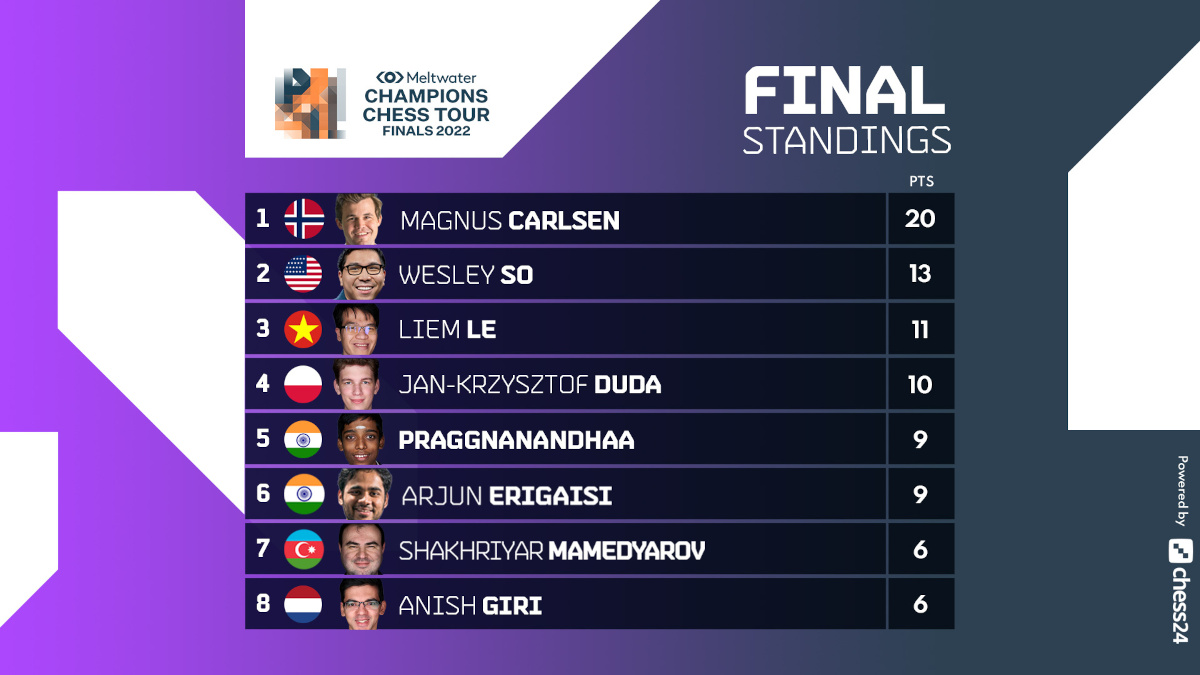 Best Holiday Drinks 2022 in the Philippines

Nook Salon Makati Under Fire for Racism Against Chinese Clients