Volker Ahmels and Matthias Deutschmann have known each other since their youth. They both share a love of music and chess. In 1978, a long time ago, they played against each other at the Junior State Championships in Hanover, Germany. Ahmels played for Hamburg and Deutschmann for Baden, and Deutschmann won, “in a study-like endgame”, as he still fondly remembers. 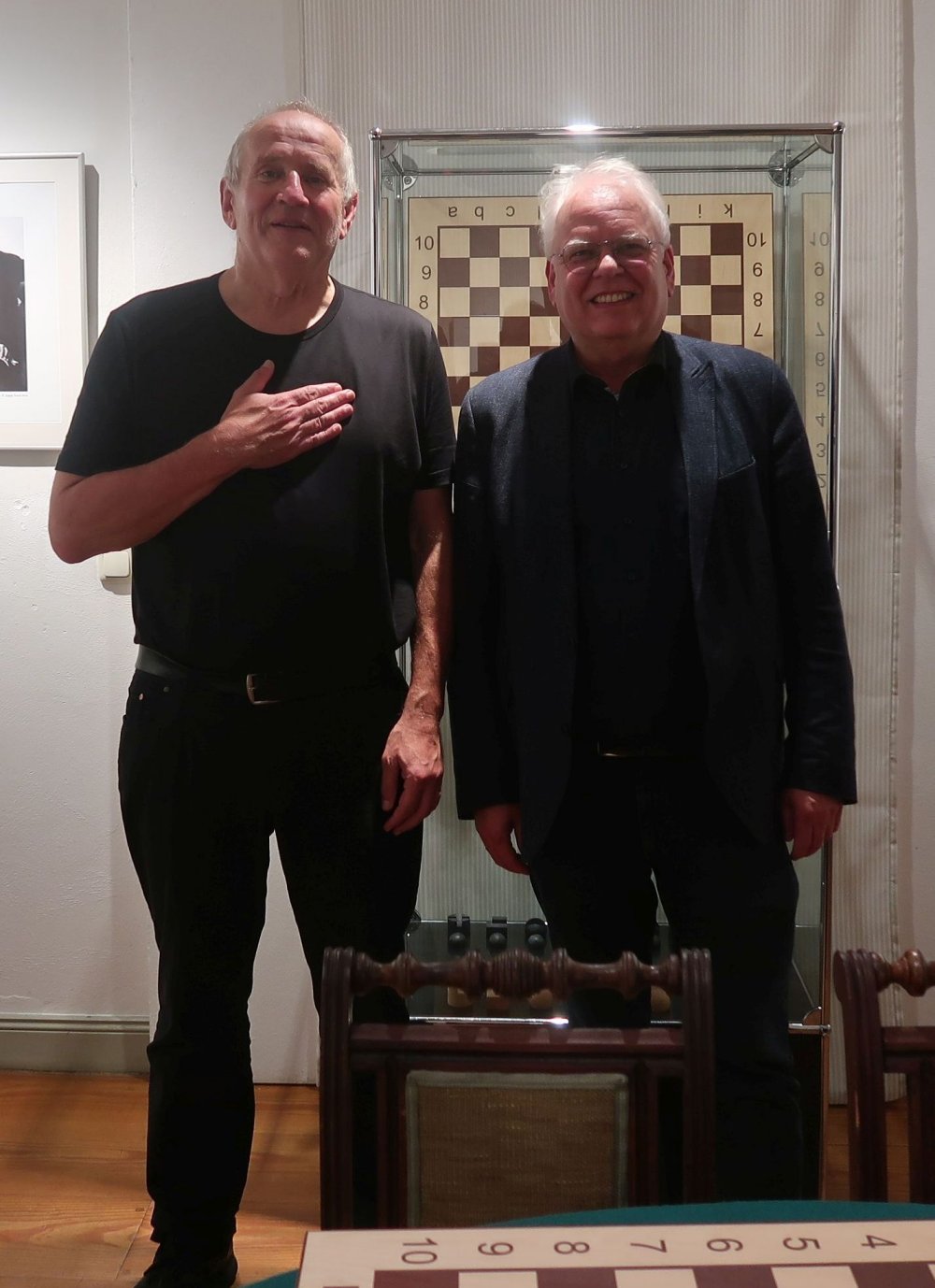 After finishing school, Deutschmann began studying biology in Freiburg, and during his studies he successfully performed as a cabaret artist. He also learned to play the cello which became an integral part of his programmes.

He had less time to play chess, but always kept in touch with the game and his chess friends from Freiburg. However, Deutschmann was still a strong player and occasionally played for the team of Zähringen in the “Bundesliga”.

When the chess programme “Fritz” learned to accompany its games with mild banter it was Deutschmann who wrote the witty lines and lent his voice to the programme.

When the pandemic stopped all public performances in 2020, Deutschmann used the time and wrote a new programme, titled “Mephisto Consulting”, with which he is currently on tour. 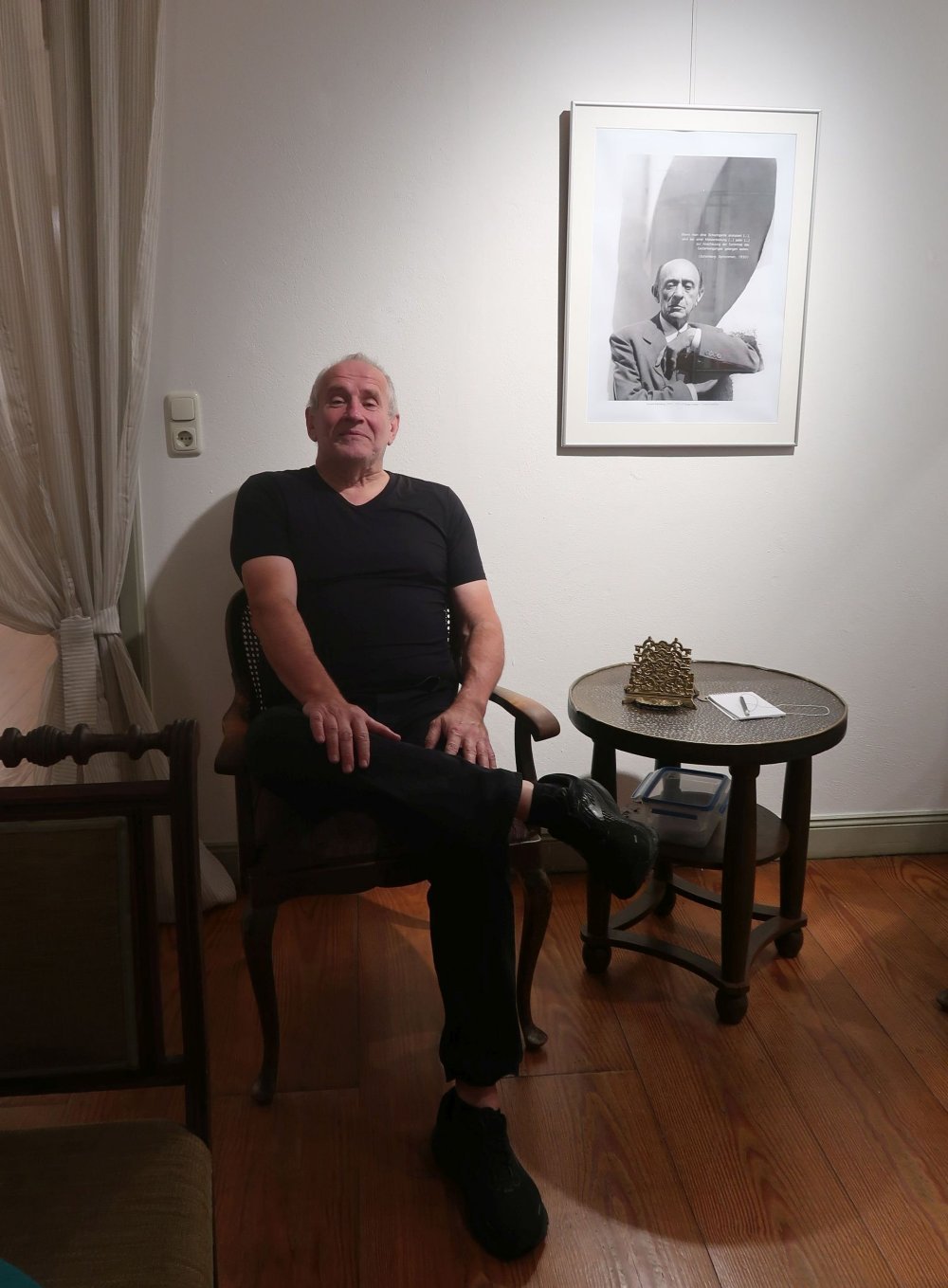 Volker Ahmels devoted himself entirely to music. He learned to play the piano as a child and studied at the conservatory in Lübeck after finishing school. In 1991, he became director of the “Johann Wilhelm Hertel” conservatory in Schwerin, the capital of the German state of Mecklenburg-Vorpommern. He also became chairman of the board of the “Jeunesses Musicales” in Mecklenburg-Vorpommern and founded interpretation competitions for the music of persecuted artists. In 2008, Ahmels became director of the “Zentrum für Verfemte Musik” (Centre for Ostracised Music) at the Rostock University of Music and Theatre. He has also been a lecturer there since 2013.

At the Festival “Verfemte Musik 2022”, the focus was on Arnold Schönberg (1874-1951). The Schwerin Cultural Forum in the Schleswig-Holstein-Haus presented an exhibition in memory of the Austrian artist who was persecuted by the Nazis and left his homeland in 1933 to emigrate to the USA. 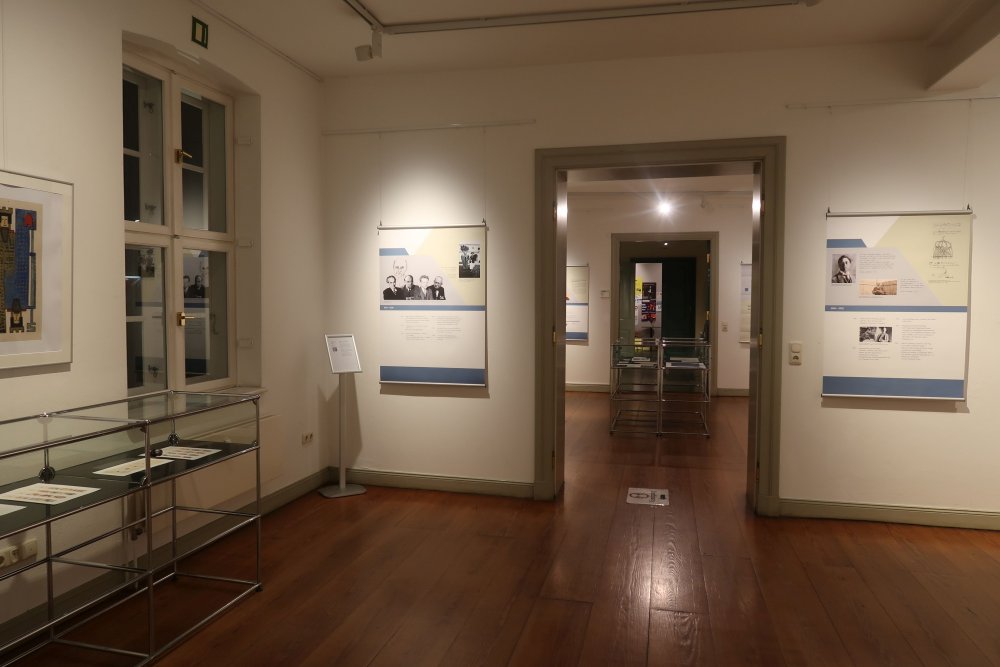 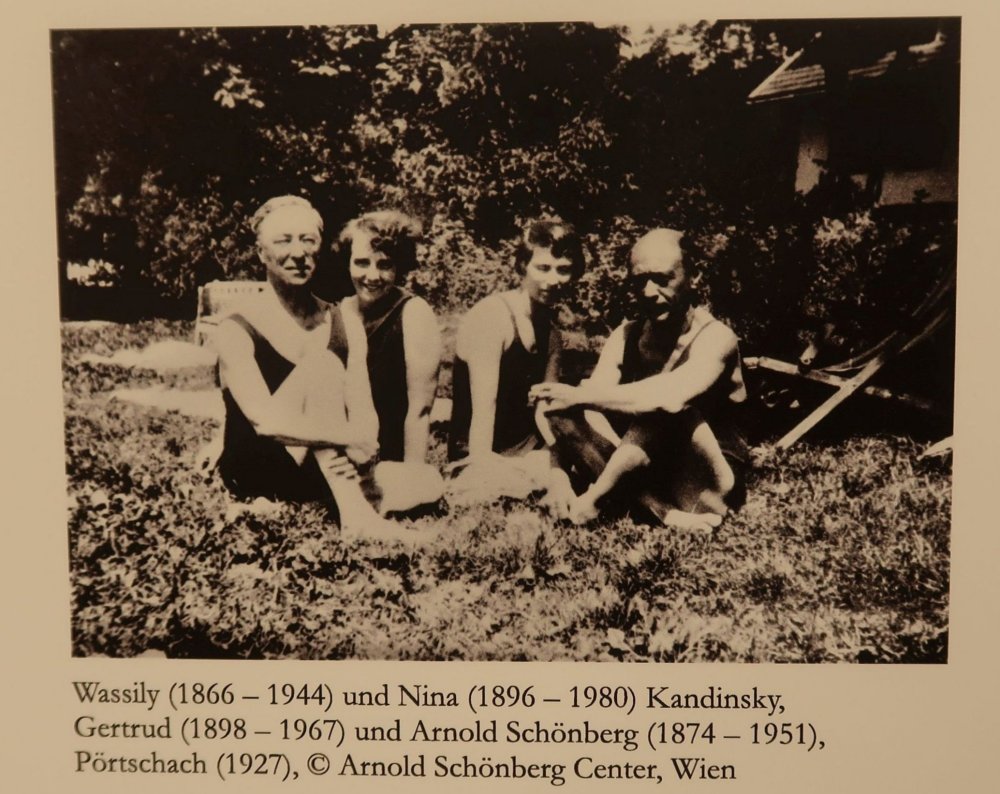 The couple had three children: Nuria (born 1932, later wife of the composer Luigi Nono), Ronald (born 1937) and Lawrence (born 1941). Ronald Schoenberg’s son E. Randol Schoenberg became internationally known as a lawyer when he enforced Maria Altmann’s claims against the state of Austria for the return of five paintings by Gustav Klimt that had been stolen from the family during the Nazi era. The story was made into a film under the title “Woman in Gold”, with Helen Mirren as Maria Altmann.

Arnold Schönberg was not only a musician, but also a painter and inventor, and he also had a connection to chess. 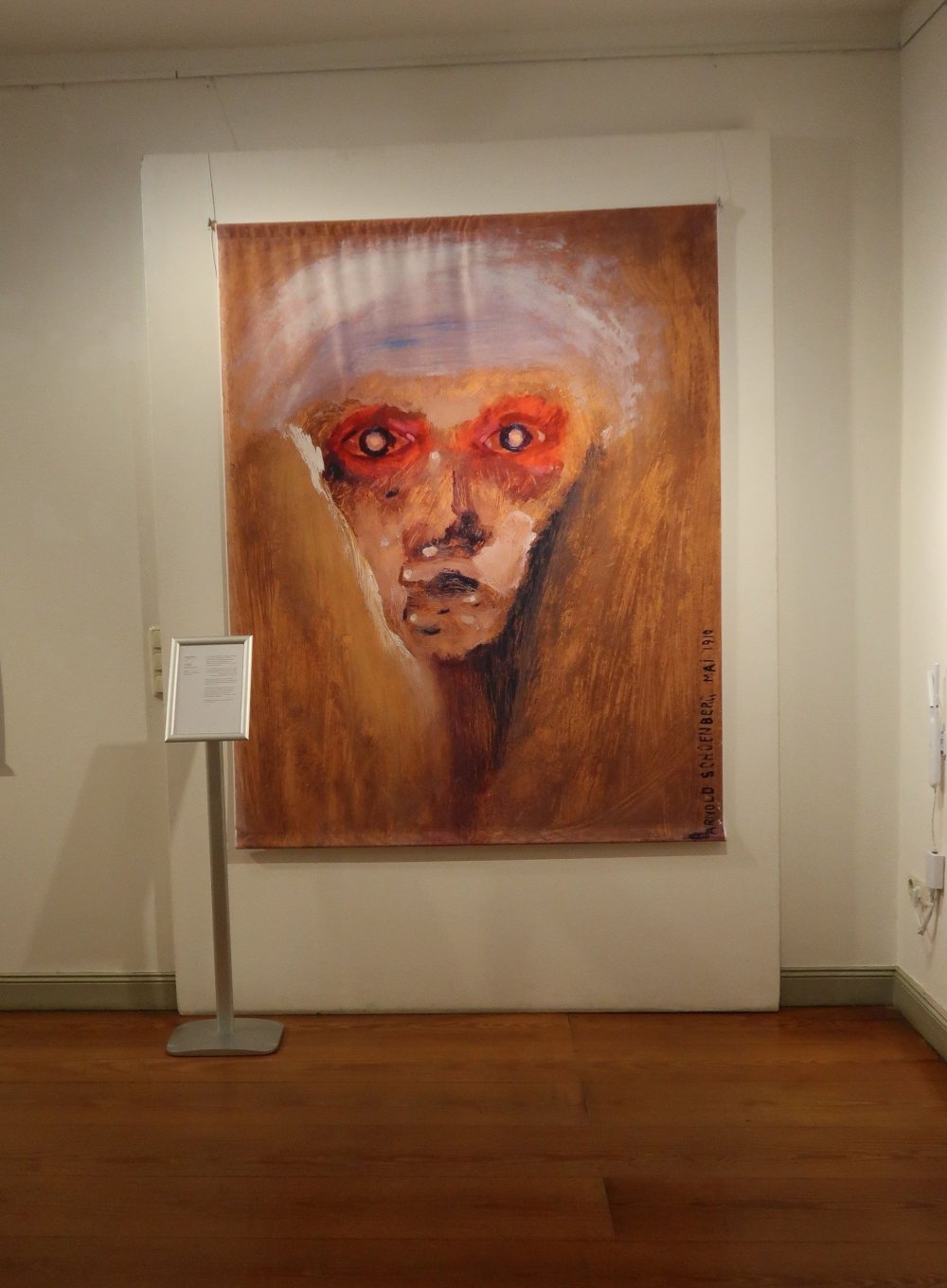 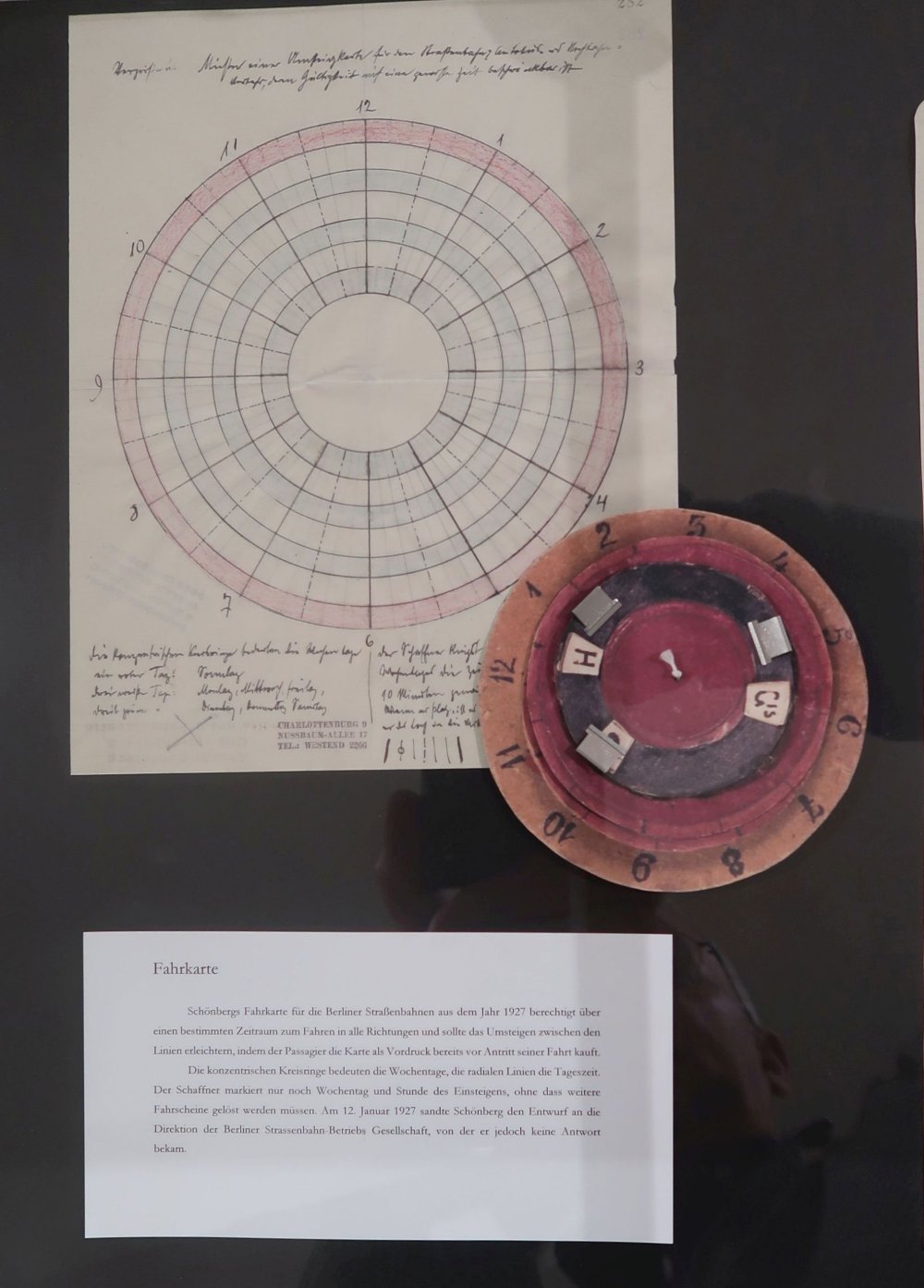 Draft of a zone ticket

In 1898, Schönberg converted from Judaism and joined the Lutheran Church but in 1933 he returned to Judaism.

In 1933 Schönberg emigrated with his family to the USA and in 1936 rented a villa in Brentwood, a suburb of Los Angeles, in the neighbourhood of Thomas Mann, with whom Schönberg had a two-year controversy over Mann’s novel “Doctor Faustus”. In 1941, the Schönberg family moved to Pacific Palisades. 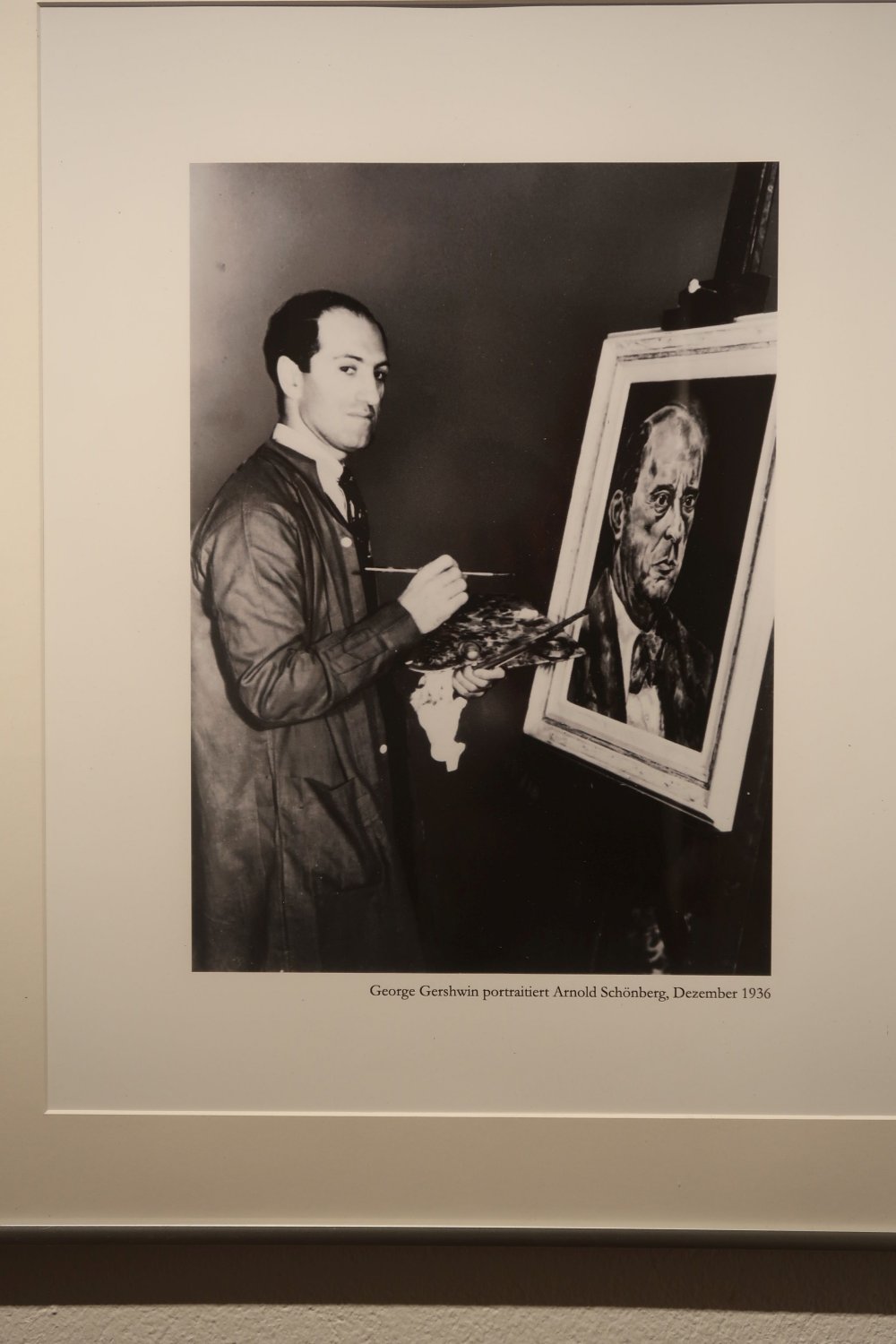 The Festival “Verfemte Musik” began with the opening of the exhibition on Arnold Schönberg and ended with a performance by Matthias Deutschmann. But before that, Deutschmann tried a game of “Coalition Chess”. 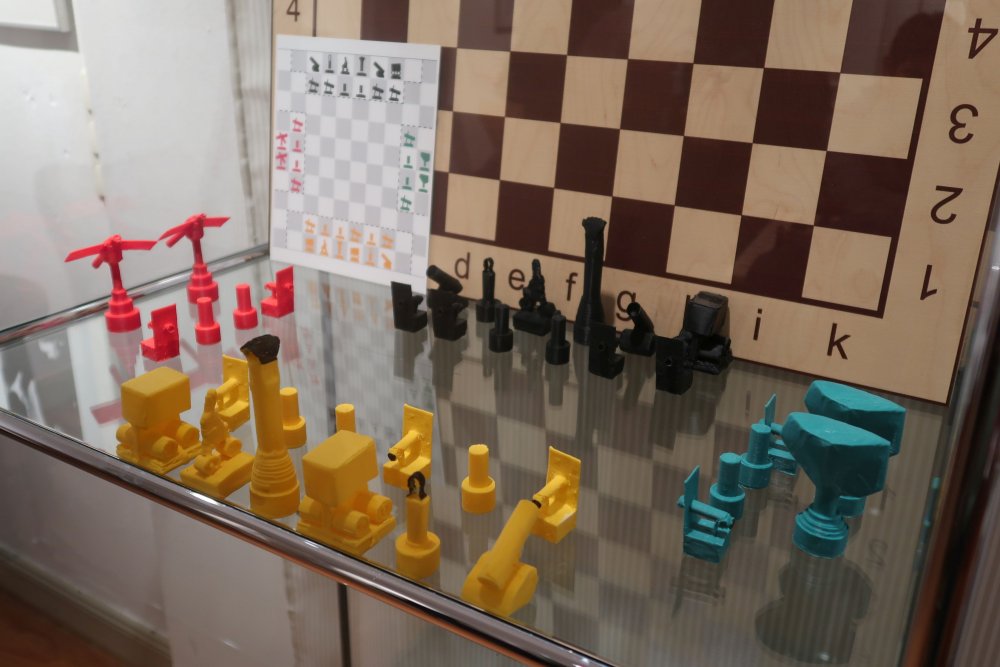 Schönberg developed coalition chess in the first half of the 1920s. It is played by four players, two of whom play together. The partners have different strengths. There are two major powers and two minor powers.

Coalition Chess has a total of nine different pieces that move differently. Schönberg’s pieces, similar to Chaturanga, a predecessor of the modern form of chess, are very figurative and reminiscent of weapons from the First World War. There are, for example, aeroplanes, submarines and machine guns with special characteristics. A few years ago, the Schönberg Centre in Vienna was the first to revisit Coalition Chess, which is not easy to understand even for experienced chess players.

Schwerin now saw a new edition of the encounter Deutschmann versus Ahmels from 1978 mentioned above, but this time, they played coalition chess. Deutschmann and Ahmels acted as major powers (Black and Yellow) and were joined by two musicians and chess players from the SF Schwerin chess club as coalition players. 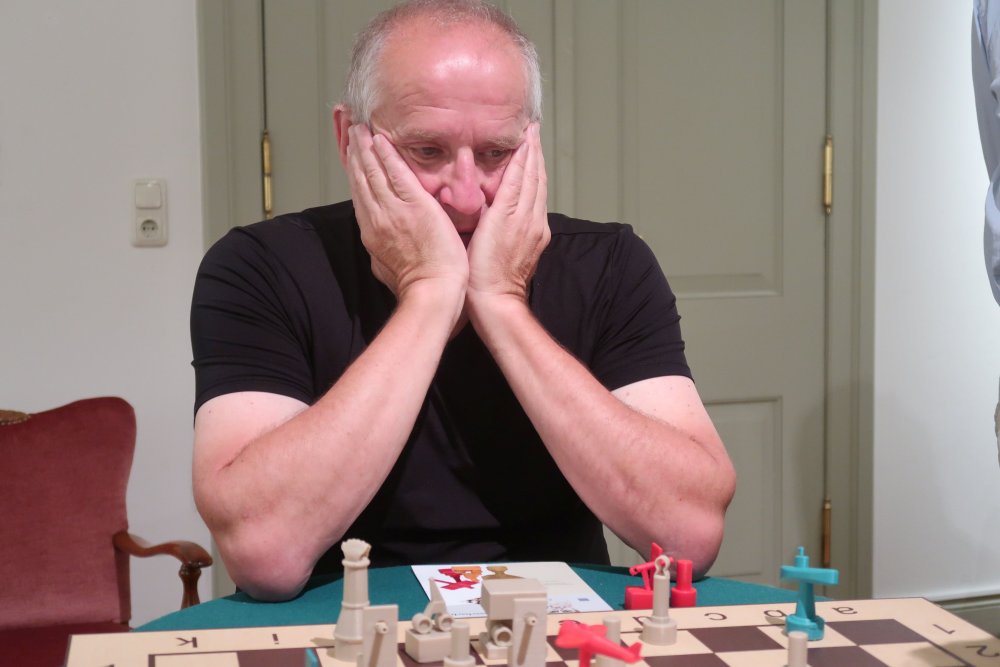 Matthias Deutschmann wonders what to do with the pieces 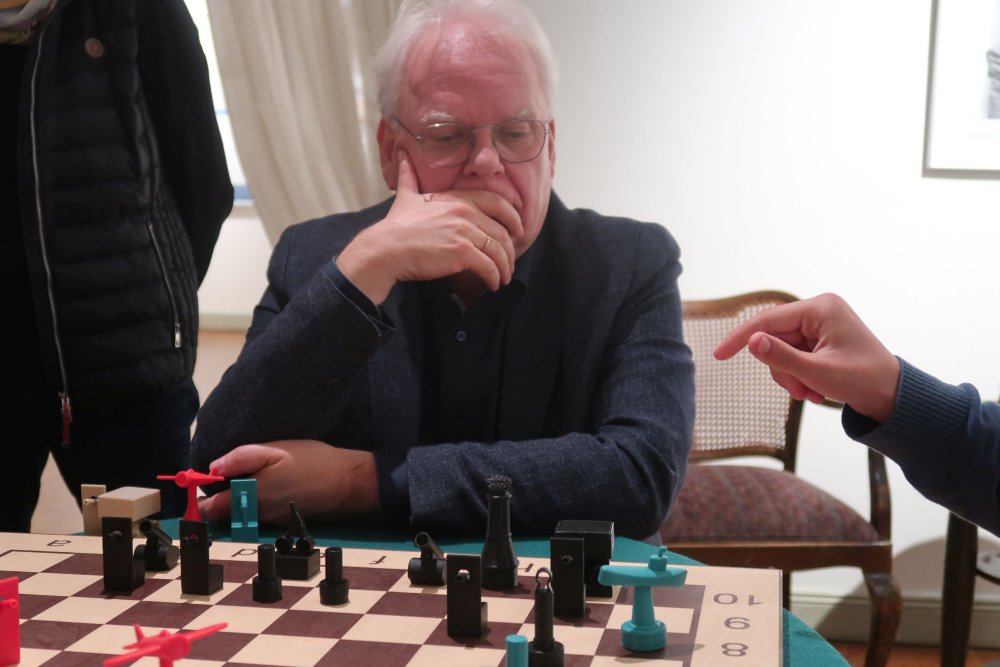 Deutschmann was supported by Yosuke Maeno, who, like Deutschmann, plays cello and has already won prizes in both music competitions and chess tournaments. Opera lovers might know his mother Sophie Maeno, who is a well-known opera singer. 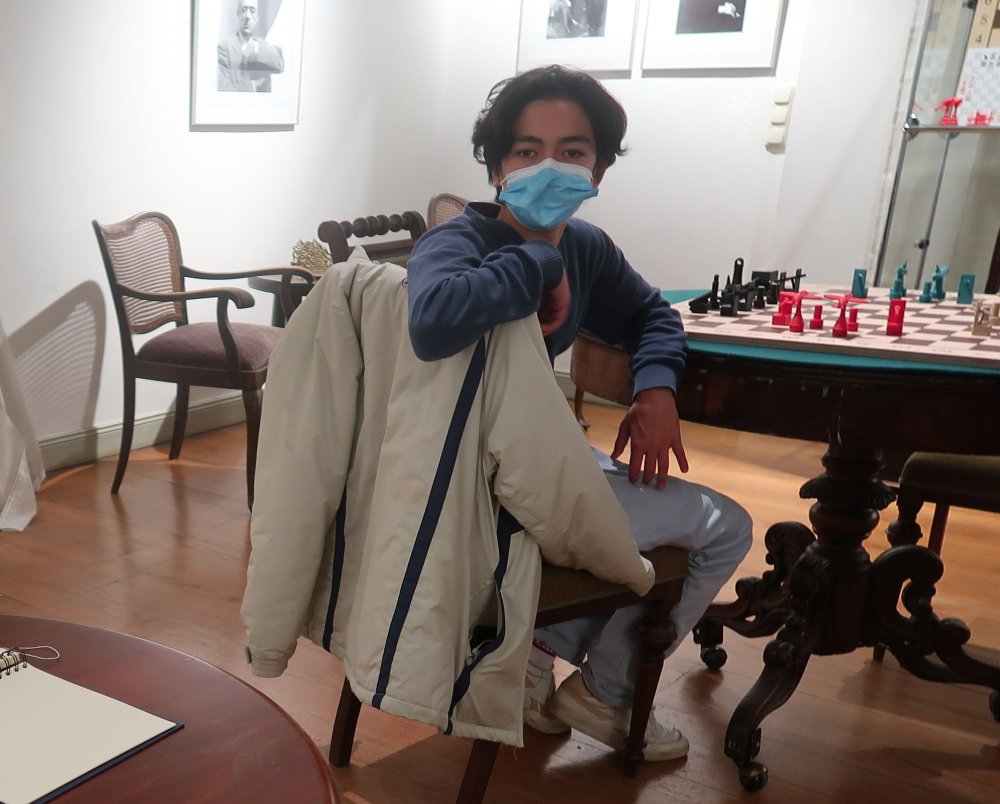 Volker Ahmels played together with another pianist. Jeremias Obando, who comes from Venezuela, is a piano teacher at the “Johann Wilhelm Hertel” Conservatory. 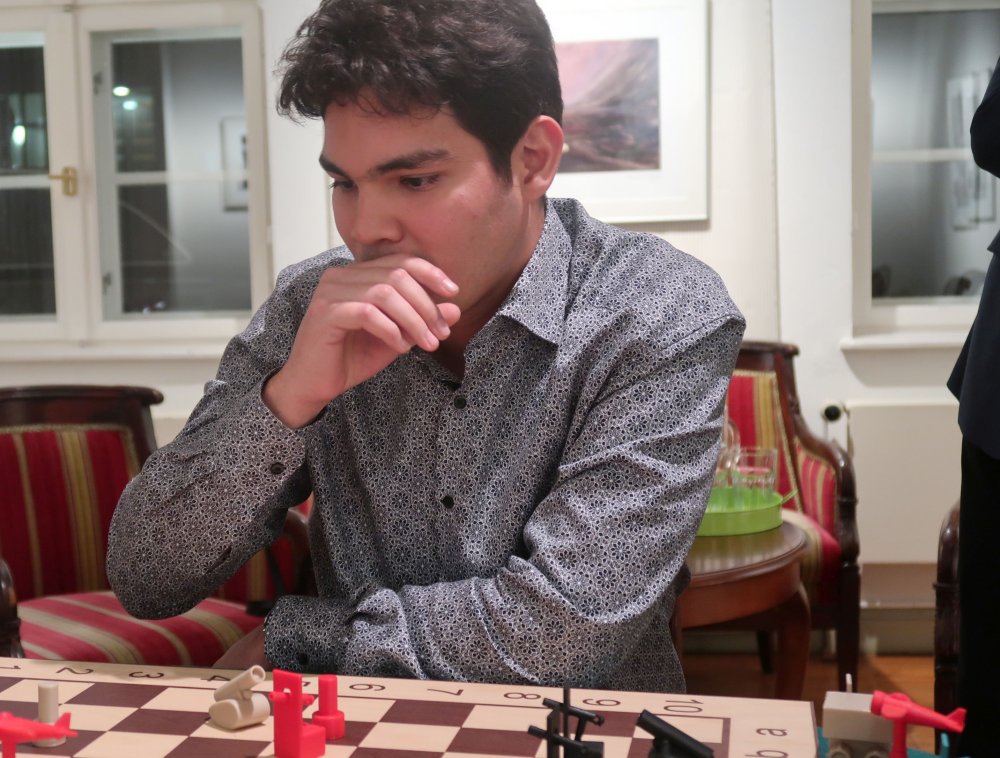 Torsten Kath, the chairman of the SF Schwerin, observed the game, Frank Behrhorst acted as arbiter. 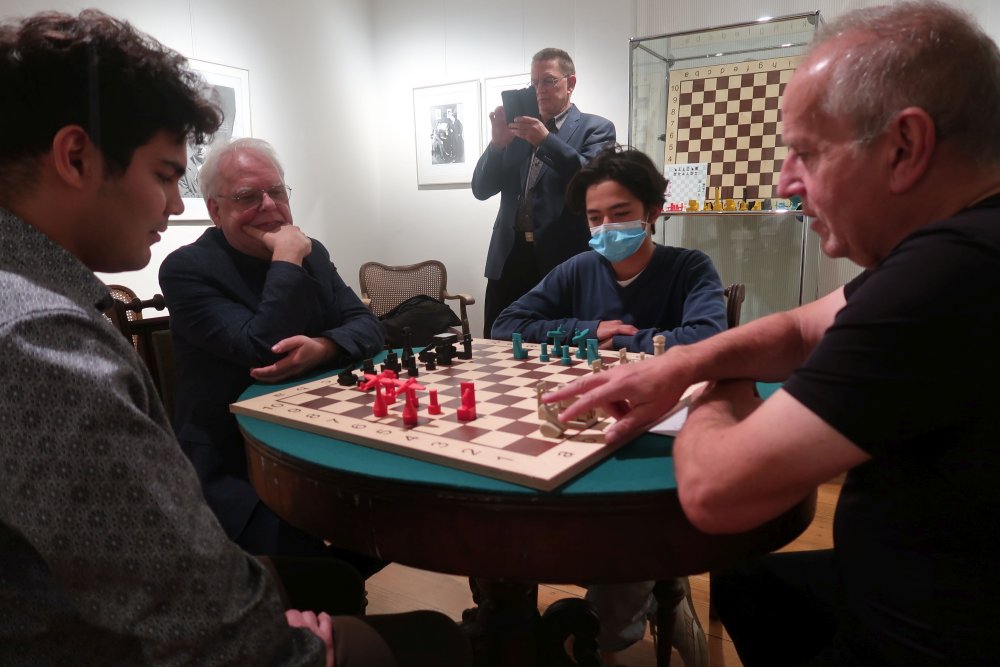 Before the start of the exhibition, Behrhorst and Ahmels, who once played in the Bundesliga together, had gone through and revised the rules of Coalition Chess. 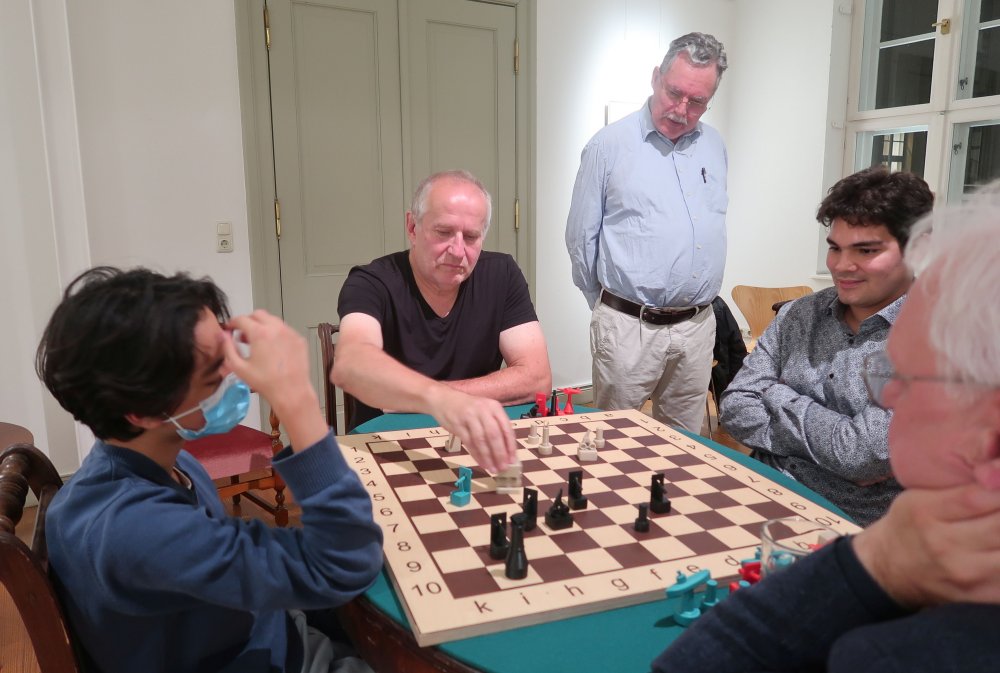 The game ended with a victory for Deutschmann/Maeno. Obando had crashed early with his planes, while Maeno was still able to cause trouble with a small crew after losing his submarines. The two major powers held back at first and only intervened in the battle later.

The video below might give an idea of how difficult the game is.

After the game a cheerful Deutschmann changed roles to become a major power of cabaret who impressed with two hours of fine and witty satire.

Pres. Duterte is healthy and okay after completing quarantine due to Covid exposure — Palace

Thurman vs. Barrios preview by trainers