Day one of the Meltwater Champions Tour Finals saw one of the most anticipated matchups of the tournament (and the whole series), as Magnus Carlsen faced Wesley So in the first round of the 7-day event. After winning the mini-match by a 2½-1½ score, Carlsen confessed to have played below his usual level, noting:

To be honest, the match today was pretty weak by our standards. We can do better.

Mistakes were made by both sides, with Carlsen holding a tough, inferior position in game 2 before getting the one win of the match in game 3. In the fourth encounter, the classical world champion blundered in the middlegame, but managed to hold the draw in the ensuing position with queen (for So) against rook and bishop.

Throughout the match, So played more riskily than usual. In game 3, he weakened his kingside irreparably — and transferring the queen to a8 on move 30 was a decisive mistake.

Black’s queen and rook are under attack, and after 34…Qa5 35.Qg5+ there is no defence. So resigned four moves later.

In another close match, Shakhriyar Mamedyarov, playing from Baku, defeated young Indian star Praggnanandhaa. The Azerbaijani won games 1 and 4, while Pragg scored with white in the third encounter.

The deciding moment in game 4 came when the youngster failed to foresee a tactical trick that gained Shakh a couple of pawns.

25…g4 did nothing to prevent 26.Bc4, attacking both e6 and f5, since Black’s backward pawn is pinned to the king.

Shakh did not take long to convert his advantage into the deciding win of the match.

In round 1 of the Finals, the one player who got 2 points was Anish Giri, who defeated Le Quang Liem in tiebreaks after drawing all four of the rapid encounters.

The Dutchman will face Pragg in Tuesday’s second round, while Le will have the tough task of playing So right after his loss against the world champion.

Two wins with white and a draw with black allowed Jan-Krzysztof Duda to beat Arjun Erigaisi in the shortest match of the day.

Arjun regretted leaving his king in the centre in game 3.

After the forcing sequence 24.Rc1 Qa8 25.Rxc8+ Qxc8 there came 26.Nd6, attacking the queen while using the pin along the dark-squared diagonal. 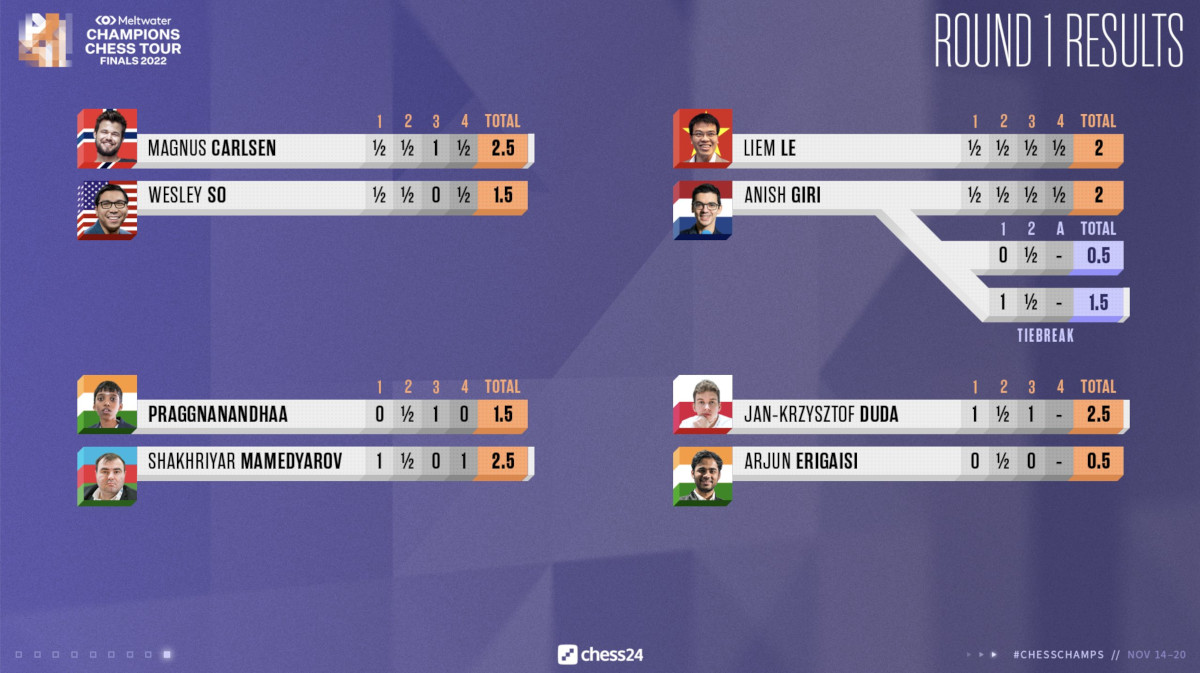 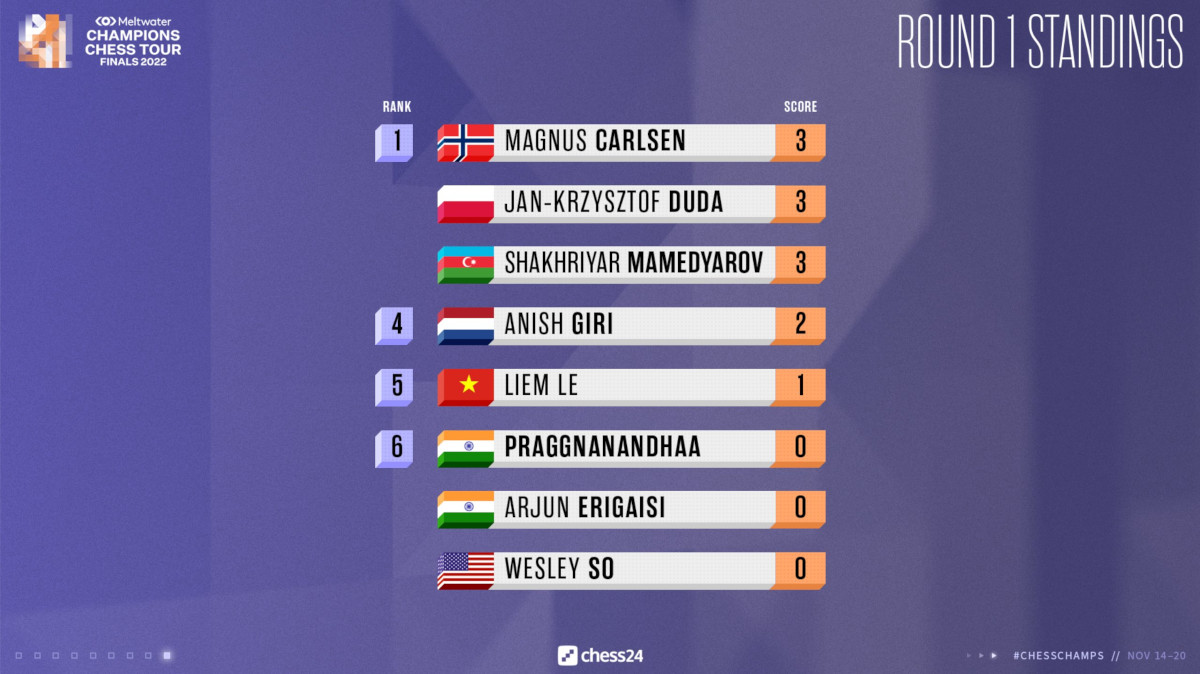