The Mediterranean island of Malta hosted the official FIDE World Amateur Championships 2022. The tournament was held from 20 to 30 October and played with several rating groups: U-2300 Elo, U-2000 Elo and U-1700 Elo. The top-ranked women in the U-2300 and U-2000 categories won the Women’s World Championships. A separate women’s tournament was offered for women players below Elo 1700.

The event attracted a total of 197 players from 51 federations, including 27 title holders. The prize fund was increased from 10,000 euros last year to 15,000 euros.

All Championships were nine round Swiss tournaments. Abilmansur Abdilkhair from Kazakhstan won the U-2300 tournament with 7,5/9, ahead of Zhuban Bigabylov who also comes from Kazakhstan. Top seed Juan David Becerra finished third. 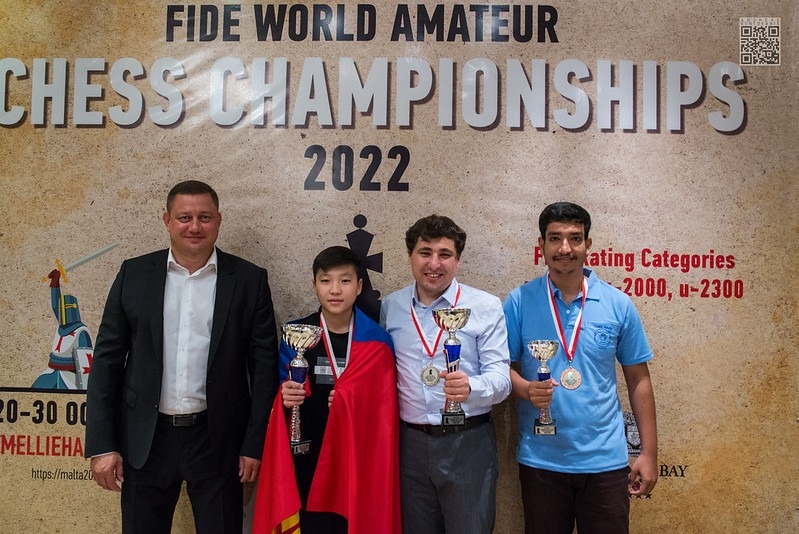 The title in the U-2000 category went to Naranbold Sodbilegt from Mongolia, who dominated the tournament from beginning to end and won with 9.0/9. Top seed Matias Hurtado Bahamonde from Chile shared second place with Aasef Alashtar from France. 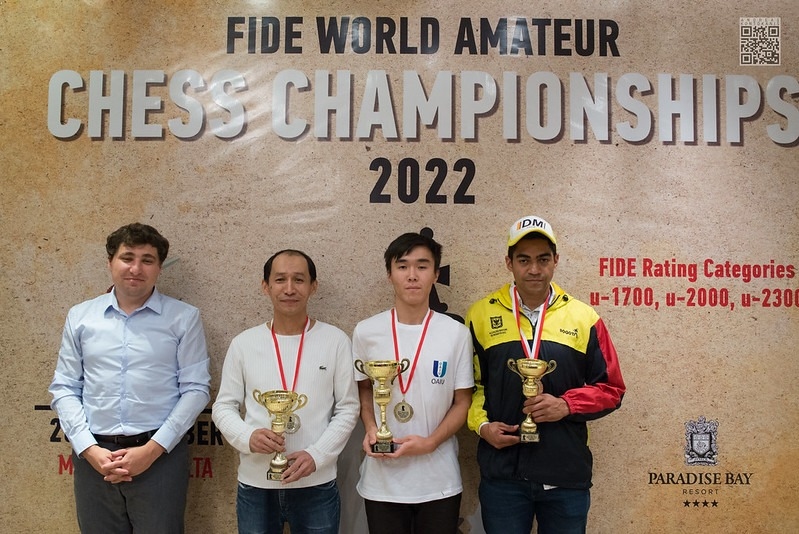 Tuguldur Soninbayar from Mongolia won the U-1700 group with 7,5/9. He had the same number of points but the better tiebreak than Aleksandr Martynov from Russia who played under the flag of FIDE and also finished with 7.5/9.

Mongolia also won the U-1700 Women’s Tournament. Margadgua Erdenebayar won the tournament, in which only 12 players started, with 8.5/9.