Today’s column is dedicated to the memory of Michael Basman, who very sadly passed away on Wednesday, October 26th, at the age of 76.

It’s one of the great joys of the chess world that we provide a relatively safe environment for eccentric talent, and Basman was as engaging and eccentric in person as in his wonderful creations on the chessboard. 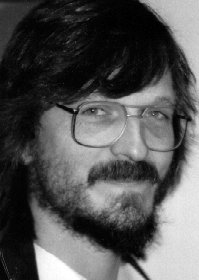 Born into a world in which chess was still pretty much ruled by orthodoxy (remember that the King’s Indian was a big deal in the 1950s), Basman initially played fairly normal chess but gradually developed his own utterly idiosyncratic style. He was an excellent tactician, but I believe that he really disliked having his king attacked and this informed the lines in which he kept his majesty barricaded in the centre behind a wall of pawns rather than castling him to the flanks which could give way to the dangers of standard attacks against the castled king.

To begin with it was the St. George Defence (1.e4 a6), with which Tony Miles famously beat Anatoly Karpov at the European Team Championships in Skara 1980 (I was there playing Efim Geller, but sadly didn’t see Tony make his first move and Karpov’s reaction to it). Later it was the Grob and the Borg and sometimes a very early …b6 too. While by my final classical game against him, he had shifted for a time to playing 1.h3 and 2.a3!

I know that there’s already been a column here and indeed I’m reusing the two games there with my own notes: my own famous loss to the ‘Borg’ (Grob reversed) and what I sometimes call the ‘Immortal Bulls**t Game’, in which Basman provoked the preternaturally cautious Ulf Andersson beyond bearing.

The remainder comprises the five remaining games (apart from the Borg) I played against Basman — four classical and one rapidplay. We always had fierce tussles, and his provocation also upended me one more time in a surprisingly normal position: an IQP middlegame in which my attack missed.

Basman’s last tournament was as recently as May in this year’s edition of David Norwood’s annual blitz tournament in the famous King’s Head pub in Bayswater, and he qualified from his group before losing to Will Watson in the last 16. I also played him there a couple of times. I don’t remember the games of course, but he generally outplayed me positionally — he was an excellent positional player — though my despicable swindle mode tended to carry the day thereafter.

We start with my take on the ‘Immortal Bulls**t Game’.

Cemex: Expansion of plant in Antipolo to cost $323M