Pragg comes from behind

The All Indian Chess Federation hosted the Asian Championships, which were held in New Delhi from 26 October to 3 November. Two-thirds of the participants and competitors in the championships hailed from India, including a number of strong grandmasters. The very best Indian players, however, were absent.

Top seed was prodigious grandmaster Praggnanandhaa, just ahead of his compatriot Narayanan and the Uzbek gold medallist Nodirbek Yakubboev.

With three wins and three draws in the first six rounds, Praggnanandhaa did not get off to a bad start, but a player did better than him. The leader with five points after six rounds was India’s Harsha Bharathakoti. Tournament favourite Praggnanandhaa was part of an eleven-player chasing group a half point behind.

Praggnanandhaa defeated Murali Karthikeyan in round 7 and followed it up with another victory in round 8. After his win over Koustav Chatterjee, the 17-year-old took the sole lead.

In the final round, a draw against Adhiban was enough for Praggnanandhaa to win the Continental Championship as the only player with 7 points. Six players finished with 6½ points, of whom Harsha Bharathakoti had the best second score.

The women’s title went to Nandhidhaa P V, who won the tournament with 7½ points, a full-point ahead of her closest chasers. Nandhidhaa was the 2016 runner-up in the U20 women’s category and was got the WGM title in 2019. 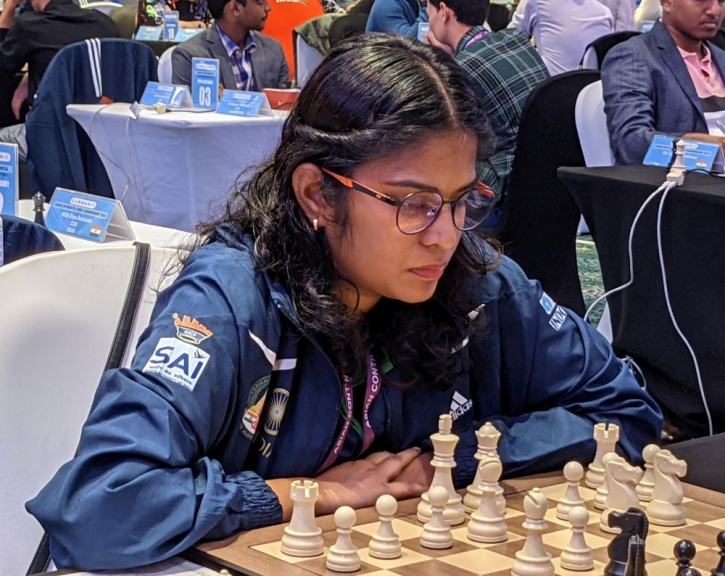 The 26-year-old belonged to the top group from round 3 and took the sole lead in round 7, which she was able to keep until the end. Her tournament victory was already certain one round before the end.

The Elo favourite in the Women’s Championship was Tania Sachdev. The well-known commentator, however, conceded defeat to eventual runner-up Priyanka Nutakki in round 5 and drew all her games thereafter. Sachdev finished 18th in the final standings.

“The Analysis” by Wesley So