The first game of the Women’s Candidates semifinals between Anna Muzychuk and Lei Tingjie saw Mrs Marlene Harnois, Taekwondo Olympic medallist and representative of the Champions for Peace Club, making the inaugural move. We also saw GM Alojzije Jankovic at the broadcast for the first time, replacing GM Igor Nataf for the rest of the tournament.

It was quite a peaceful game, as Black equalized comfortably in the opening. Anna Muzychuk seemed surprised by her opponent’s opening choice, as it was Lei Tingjie’s first time playing 1…c5 (the Sicilian Defence) in this event. Understandably, to avoid possible surprises, Muzychuk chose a sideline against 2…e6, which led to a balanced position.

Both players handled the opening very well, which gradually transposed into a rook and knight ending, in which Black seemed to have some pressure over White’s king, but it was never sufficient to claim an advantage.

Black had her rook on the seventh, but that was not enough to get the win

Lei said in the post-mortem interview that she thought the position was holdable for White despite her king being cut off on the first rank. A draw was logically agreed on move 46.

This first game of the semifinals looks like a probing action for both players. We shall expect a big fight with three classical games to go, starting with the second game on November 2, in which Lei will have the White pieces. 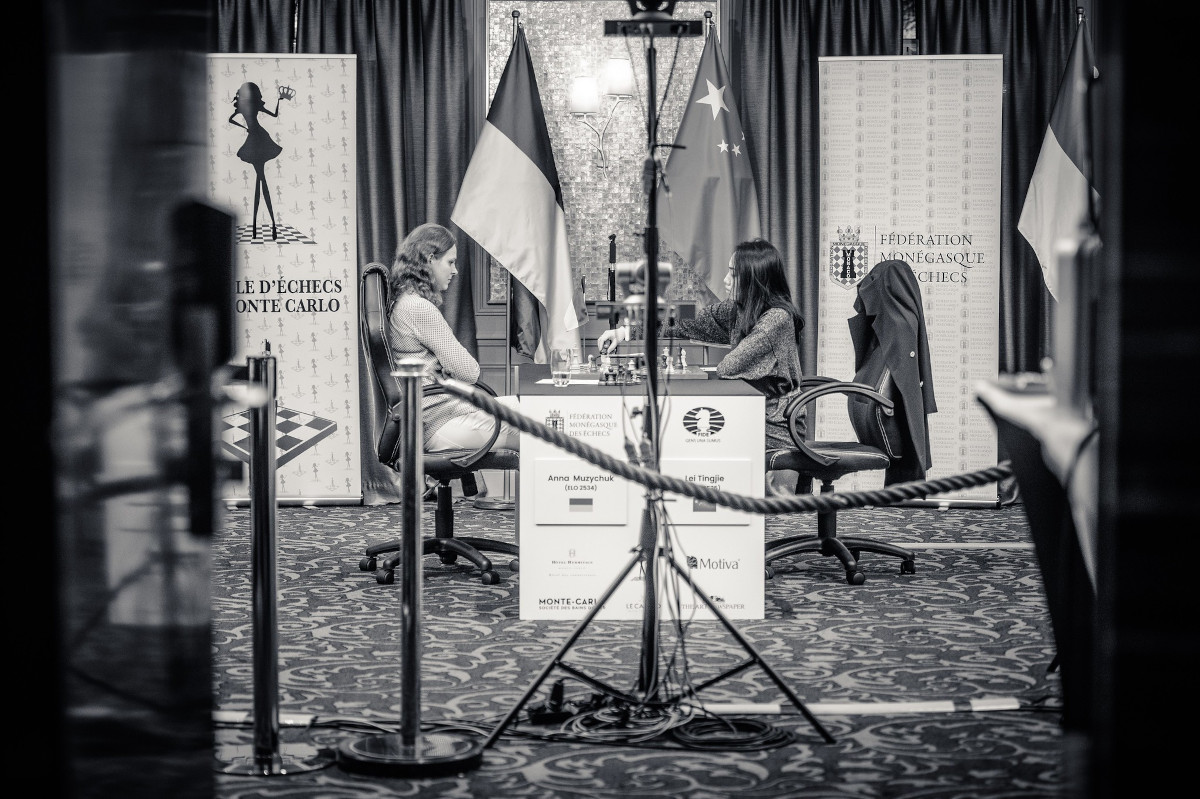 Best Iced Coffee in Metro Manila for P130 and Under