A drama-filled season spanning nearly a full year of competition has led to the ninth and final event of the award-winning Meltwater Champions Chess Tour. The tournament is a seven-day long all-play-all round robin in San Francisco starting on November 14 and concluding on November 20.

Eight elite chess stars will take part in the third and final major, the Tour Finals 2022. In a unique online and in-person hybrid chess event, four players will compete from SHACK15 in San Francisco’s iconic Ferry Building while four will play remotely.

In the Flexible Panov Dutch IM Nico Zwirs will show you how to test Black to the limit in the Caro-Kann. 8 hours of video lessons included!

Newly crowned Tour 2022 Champion Magnus Carlsen heads the line-up and will be in San Francisco vying for his fifth victory in the 2022 season.

Three-time US Champion Wesley So will be back, making his keenly awaited first appearance this year. Indian teen sensation Rameshbabu Praggnanandhaa will be aiming for his breakthrough first tournament win after coming so close twice already this season. Dutch No.1 Anish Giri will complete the in-person line-up in San Francisco aiming to score his first win in 2022.

Playing online are four of the most exciting players this year. Jan-Krzysztof Duda, who sits second in the overall Tour leaderboard after winning October’s Aimchess Rapid, will be joined by the runner-up from that event Shakhriyar Mamedyarov.

Completing the line-up are Vietnam’s US-based speed specialist Liem Quang Le, fourth in the overall Tour leaderboard, and Arjun Erigaisi, the other Indian wonderkid to wow audiences this year. Erigaisi finished second to Carlsen at the Julius Baer Generation Cup before scoring a first win against the Norwegian at the Aimchess Rapid. 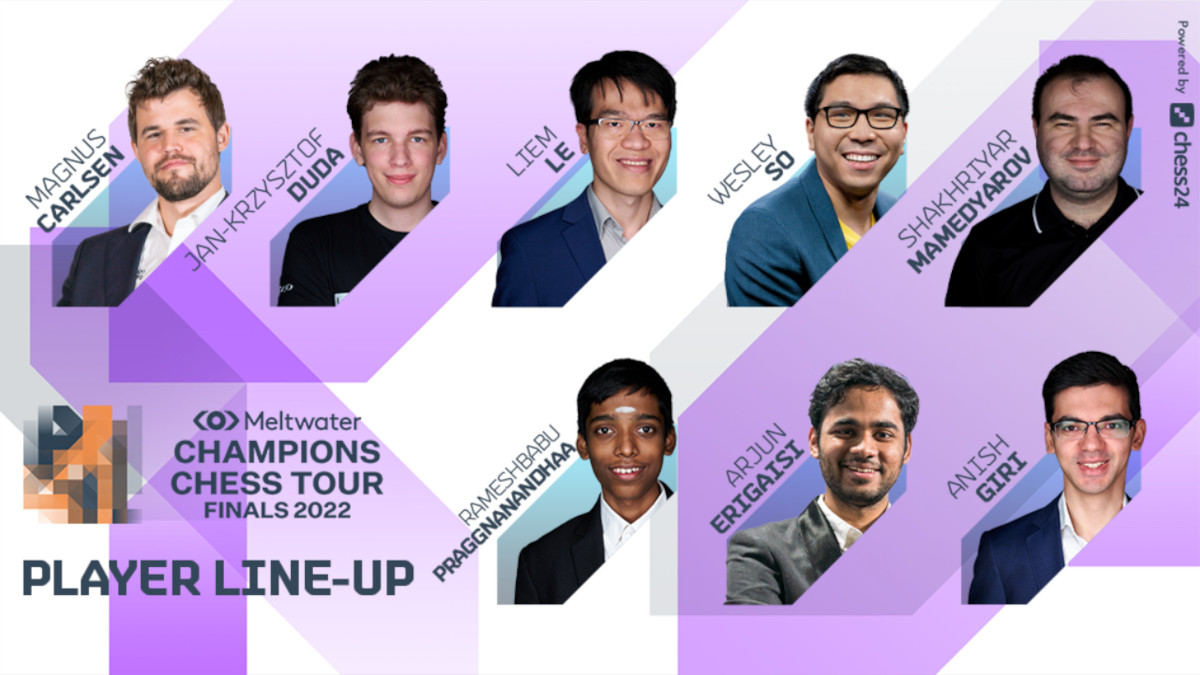 The Meltwater Champions Chess Tour is the world’s first year-long online chess series designed to determine the world’s best chess player over a full season of competitive online chess. Play Magnus Group created the Tour from scratch as the world of sport closed down during the global covid pandemic in 2020.

Since its launch in 2020, the Tour has gone from strength-to-strength breaking viewership records for online and live tournaments and recently winning the Digital Entertainment award from Leaders in Sport alongside other winners including Wimbledon, NBA, Arsenal and other major sports organizations.

Global media has increasingly followed the excitement of the Tour. According to Meltwater’s reach data, the Tour generated 22 billion in media reach in 2021 and 58 billion so far in 2022, representing 164 per cent year over year growth on an already record-breaking inaugural season.

We are excited to see the second season of the Meltwater Champions Chess Tour culminate in the Tour Finals in San Francisco with our title partner Meltwater.

This year the Tour has taken major strides in becoming the leading annual circuit in online chess, and we are proud to have many more fans, players and partners become part of the Tour’s journey throughout the season. 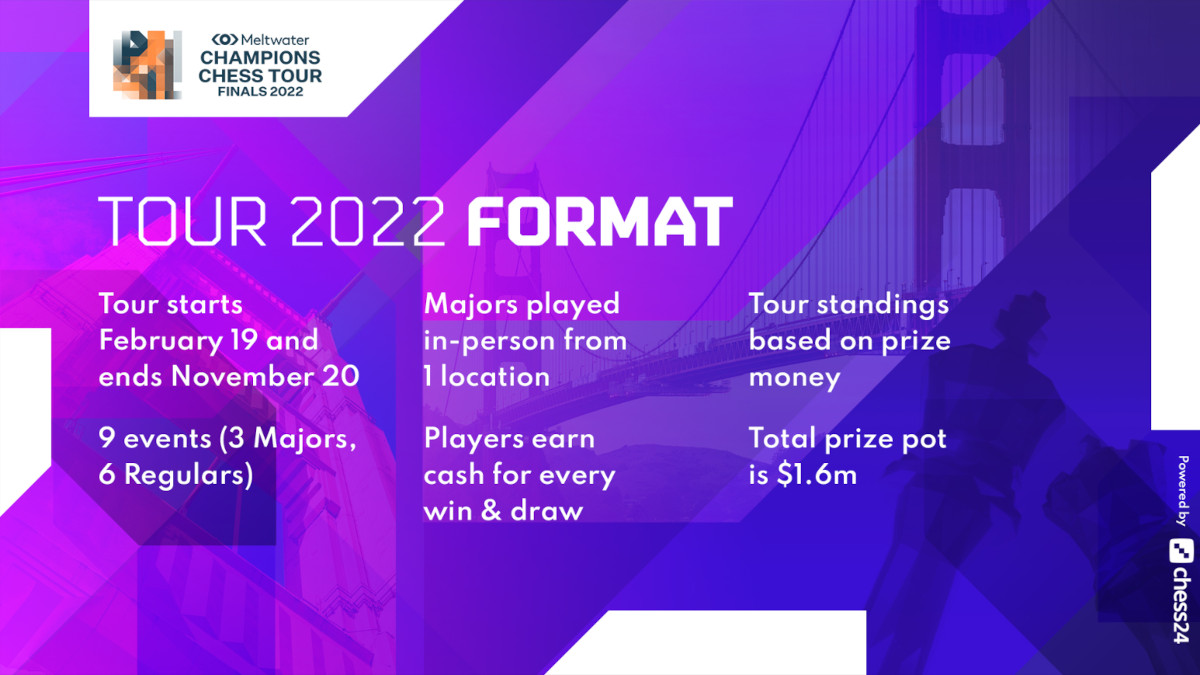 The Tour is supported by San Francisco headquartered, social and media intelligence provider Meltwater, which became the title partner of the Champions Chess Tour at the beginning of the inaugural 2021 season.

The partnership thrives on mutual themes of strategy, analysis and utilizing information to improve your position whether over the chessboard or the boardroom.

The Meltwater Champions Chess Tour has been a historic series, in terms of viewership, engagement and social interactions. The Tour has visited Oslo, Miami and now San Francisco, bringing the world’s best players to a truly global market.

At Meltwater, innovation is at the core of everything we do, and it has been a privilege to collaborate with PMG as they continue to drive digital transformation in chess. The recent Leaders In Sport Award is a reflection of a truly collaborative and inclusive partnership between PMG and Meltwater.

The in-person event will be hosted at SHACK15, an innovative social space located within San Francisco’s iconic Ferry Building with panoramic views of the Bay. 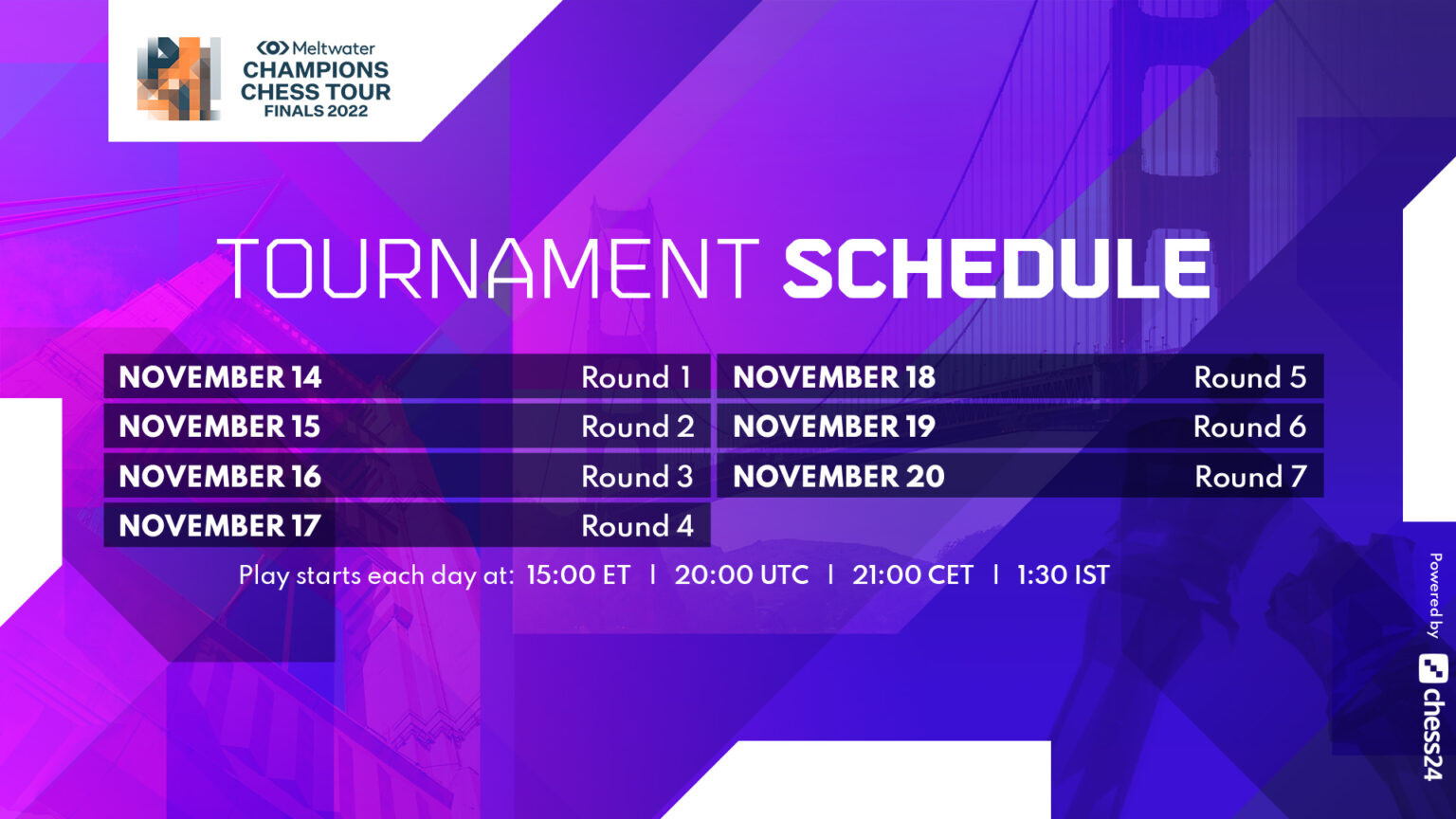 First Pop-Up Experience in the PH

First Pop-Up Experience in the PH

‘Bridgerton’ 2: We Can’t Have Enough of Kate and Anthony

Spence announces unification with Ugas in April: “He already knows what time it is”

REPORT: ‘No Enthusiasm’ in Portland to give Damian Lillard extension