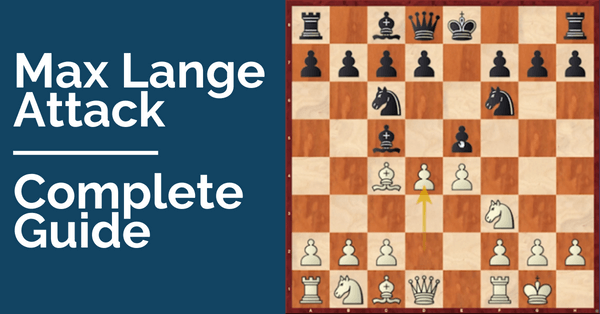 Max Lange Attack is a dangerous attacking weapon that White has at their disposal in a number of openings. You can reach the same position from six different move orders and we will take a look at those in a moment. The line got its name after Max Lange, a German player, theoretician, and problem composer.

He was one of the top players in the 1860s. He was also an editor for the German Chess Newsletter and became the second president of the German Chess Federation. Lange was the first to use this idea quite successfully in 1853. After that, other strong players of the time (such as Steinitz or Morphy) picked up the idea. Later on, it became a favorite of Frank Marshall, who helped a lot in the development of the theory of this variation and used it successfully against strong opposition.

Why the Max Lange Attack?

Max Lange Attack is a very interesting and resourceful line for the player with the White pieces. It can be an excellent opening choice for a number of reasons:

How can you get into the Max Lange Attack?

As mentioned before, there are as many as six different move orders that can take you to the same position. Two of the most common openings it can arise from are: 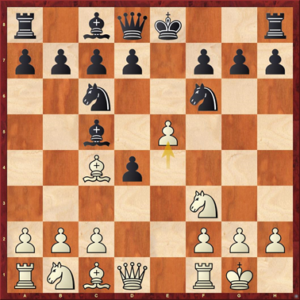 As mentioned above, the theory of this line is not overwhelming, so it is a relatively easy opening to learn. 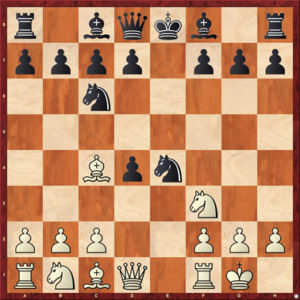 Play usually continues with 6.Re1 d5 and now 7.Bxd5 is the main line. The point is that after 6…Qxd5, White gets the pieces back with 7.Nc3. Both the pawn on d4 and the Knight on e4 are pinned.

But, going back to the main focus of this article, in the position after 6.e5, the two main options for Black that you have to cover are 6…d5 (considered to be best) and 6…Ng4. The latter is playable, but White can get a clear advantage with good play. Other options are very bad for Black, as both 6…Ng8 and 6…Ne4 lose. Of course, you will still need to know how to play with White. 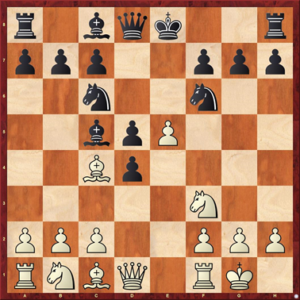 After 7.Bb5 it is considered that Black can equalize with good play, after the move 7…Ne4. However, the position is still not easy for Black, as White’s idea of advancing the f and e pawn can be quite dangerous.

Most complications arise after 7.exf6 when Black has to reply with 7…dxc4: 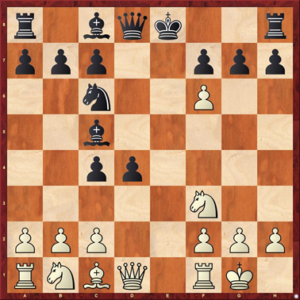 Now White has two good options – either take the pawn on g7 after 8.fxg7 or give the tempting check on e1 with 7.Re1. The latter is played more and poses Black some real problems to solve.

There are also quite a number of tricks the second player can fall for, which makes the position difficult to navigate if Black doesn’t know their theory well.

As you’ve probably already noticed, the positions are complicated and full of potential. There are many tactical ideas and you have to stay sharp throughout the game. However, there are a few typical ideas that you should be aware of:

The Bishop on c5 can many times be a target for your own pieces.

As it stays unprotected for a long time, there can be tactics that include the idea of Qh5+, with a double attack. For example, one idea you can sometimes use to win a pawn is the combo Nxf7 followed by Qh5+. 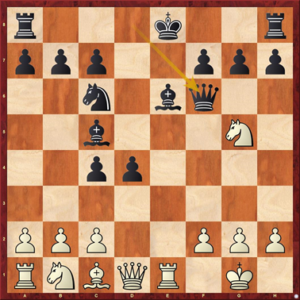 Max Lange Attack: The pin on the e-file is a recurring idea in this opening.

It can be a pin over the knight on e4, but there are other tactical ideas White can use.

Another pin that players use sometimes in this line is the one over the d4 pawn. It happens when the Black Queen goes to d5 – a common way to do so is with Nc3.

For example, in the following game Euwe used both of them: 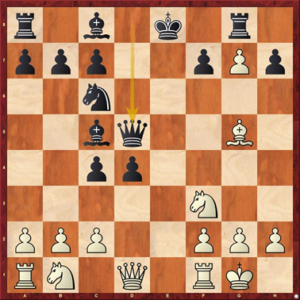 In the diagrammed position he played 10.Nc3 and after 10…Qf5: 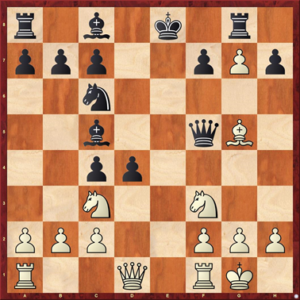 The knight went looking for a better square after 11.Ne4. The threat is Nf6+, with a double attack. The knight can’t be touched, as after 11…Qxe4 12.Re1 wins the Queen.

The pawn on g7 can also be a source of tactics. 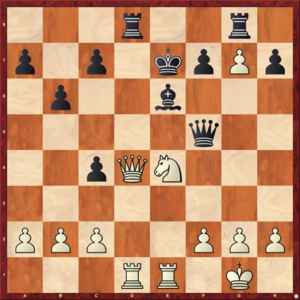 White to play and win

The game continued with 17.Qxd8 Rxd8 18.Rxd8, when Black can’t recapture with the King due to the promotion of the g pawn. In the game he tried 18…f6, hoping to stop White from promoting, but White still played 19.g8Q! Black resigned after 19…Bxg8 20.Ng3+, winning the Queen.

The following position is quite a pretty way of winning the Black Queen: 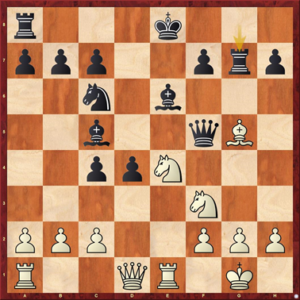 White to play and win

Two strong Grandmasters played this game. With White, Johan-Sebastian Christiansen won quickly after 13.Nh4! when the Queen can’t find any safe squares to hide, either because of the fork or the discovered attack ideas.

With the Black pieces was Grandmaster Vadim Moiseenko, which shows you how dangerous this opening can be for Black. You can see how they got into this position here:

What Not to Say to a Struggling Person

What Not to Say to a Struggling Person

‘No Time to Die’ Marks the End of an Era