Returning to the venue of the 2008 Olympiad

Yesterday marked the halfway mark of the European Senior Team Championships. Chess enthusiasts from 16 different countries arrived in Dresden on 26 October and have since been fighting it out over the board. Totalling around 350 participants, this is the biggest of these tournaments yet, and we are delighted to have received such a response. We are grateful to those teams that were chasing their visa status right until the moment they left to come to Dresden.

The playing hall sees a return to the venue of the 2008 Olympiad, the International Congress Centre Dresden. Almost all participants are staying in the adjacent Maritim Hotel, and the historic city centre of Dresden is only a few minutes away. The rounds starting at 3pm has provided the players with opportunities to take in some of things that Dresden has to offer, including River Cruises and guided tours, and the weather has been playing ball with beautiful autumnal sunshine every day so far.

Thursday, 27 October saw the technical meeting take place in the morning, before proceedings were officially opened with a short programme ahead of the first round at 3pm. We were welcomed by the organizer Dr Dirk Jordan, and children from the 102nd Primary School in Dresden presented the flags of the participating nations ahead of a musical performance by Aerobik Tanz Werkstatt. ECU president Zurab Azmaiparashvili sent a short welcome message to all participants, which was read out. 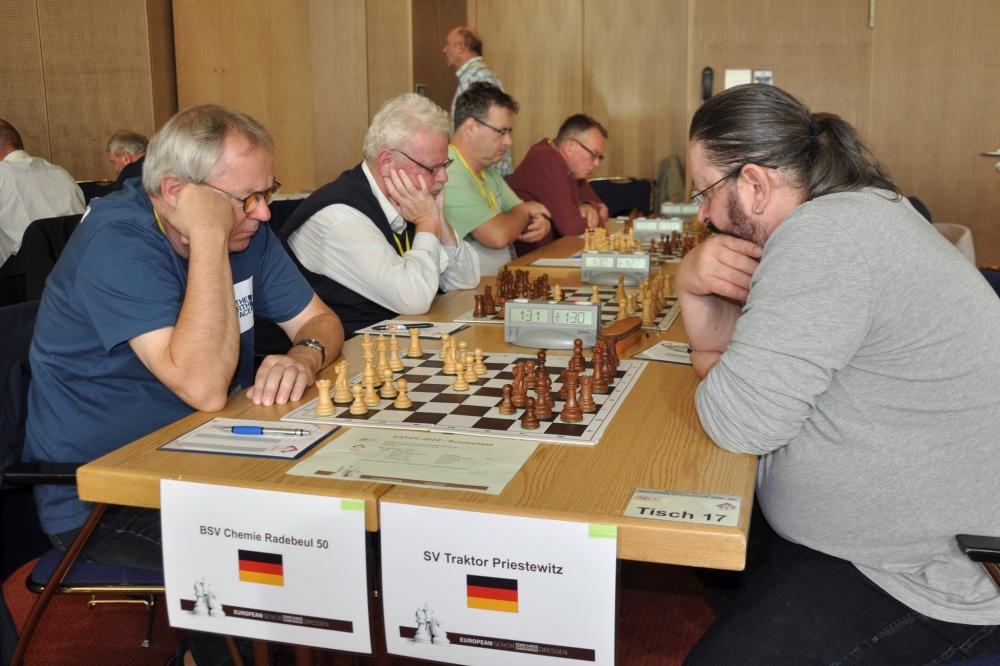 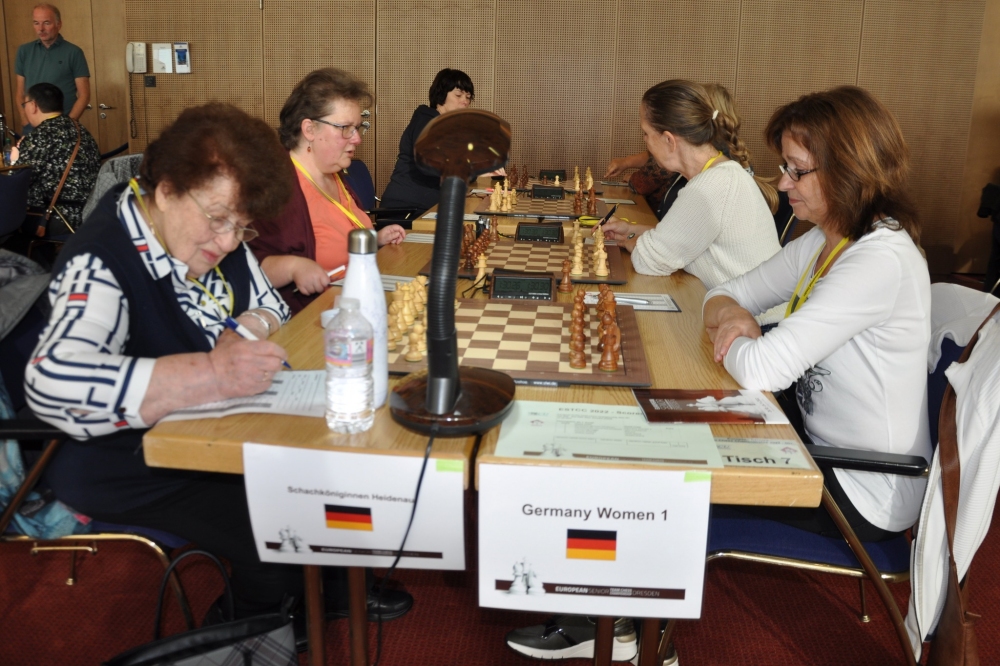 Regular rounds start at 3pm, but there have been additional events on some of the mornings as well. German GM Robert Hübner spent two mornings in the venue. On Saturday, 29 October he played a simul against 18 opponents before doing a short presentation on the morning of 30 October to a group of around 40 listeners. A short blitz tournament took place on the morning of 31 October with around 35 participants. Later on, German player extraordinaire Elisabeth Pähtz will also play a simul and will present her new book, Wer den vorletzten Fehler macht, gewinnt.

The final round will be played on Friday, 4 November at 10am and the closing ceremony will take place the same evening at 5pm where we will crown the new European Senior Team Champions. Judging by the games so far, every half point will make a difference as to who will end up on the podium. 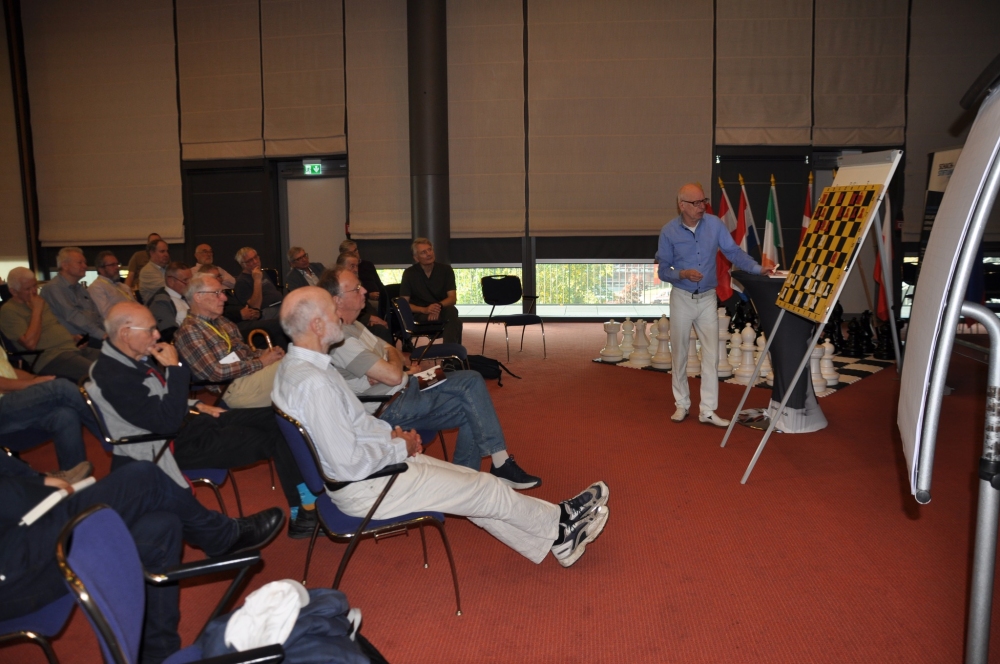 Further information is available on the website of the tournament (www.schachfestival.de) as well as the facebook page (https://www.facebook.com/DresdnerSchachfestival).

Who is the Best Chess Endgame Player of All Time?