On a few things none of the reports still in circulation disagree: the 12th World Champion and current member of Duma, Anatoly Karpov, 71, was found on the ground outside of the Duma, and unresponsive. His blood alcohol levels were very elevated, and he was rushed to the hospital into intensive care.

Some early reports claimed he was the victim of an assault and in induced coma:

This was later reiterated by other outlets such as Marca from Spain. 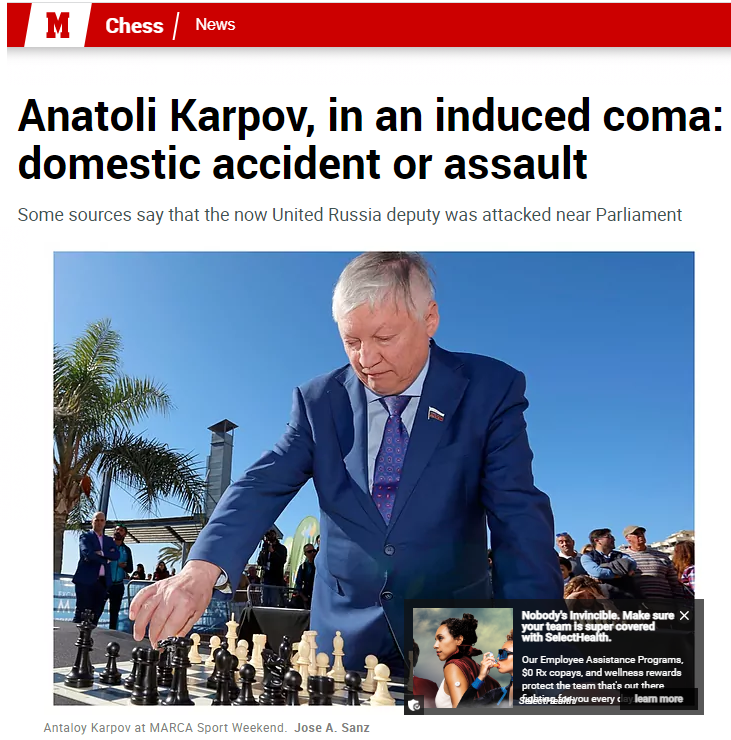 The source of this, according to Tass, Andrei Kovalev, chairman of the All-Russian Movement of Entrepreneurs, announced in his Telegram channel that Karpov was in intensive care after an attack by unknown people and put into an artificial coma. However Karpov’s assistant denied this and said he was fine, had no injuries and was in stable condition. Which begs the question, how fine can he be if there is a need to reassure others he is in ‘stable condition’. Since Russian media is under very tight control by the Russian State, it is impossible to know where the truth really lies. 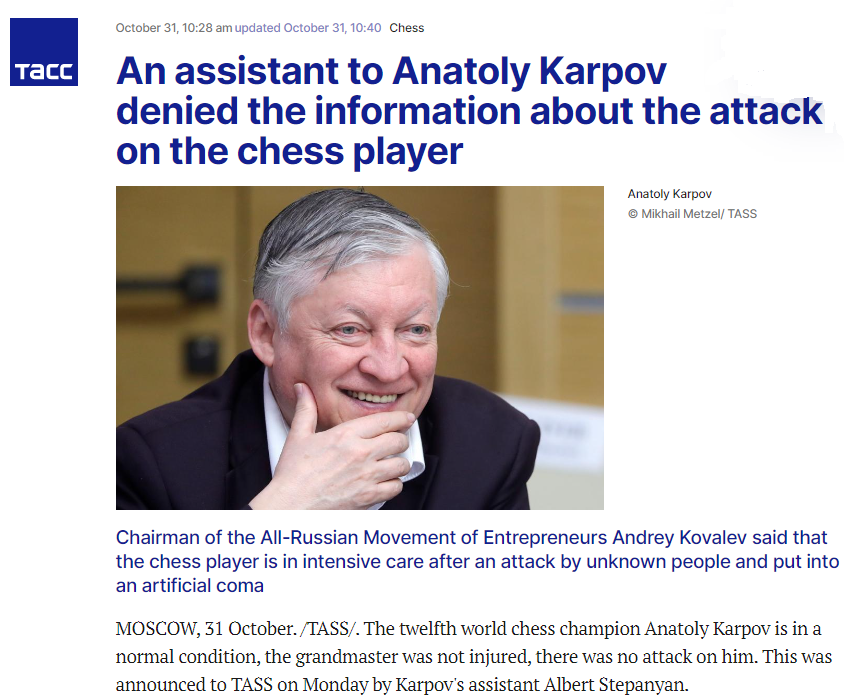 Former World Champion Anatoly Karpov was found unresponsive early in the morning near the State Duma (Russsian Parliament) building, and was rushed to the hospital with his blood alcohol level being extremely high. He is now in the intensive care unit. https://t.co/cB2ZWUZPSr pic.twitter.com/ezzK0CdFdI

Sports.ru states: Anatoly Karpov is in the intensive care unit of the Department of Neurosurgery at the Sklifosovsky Research Institute 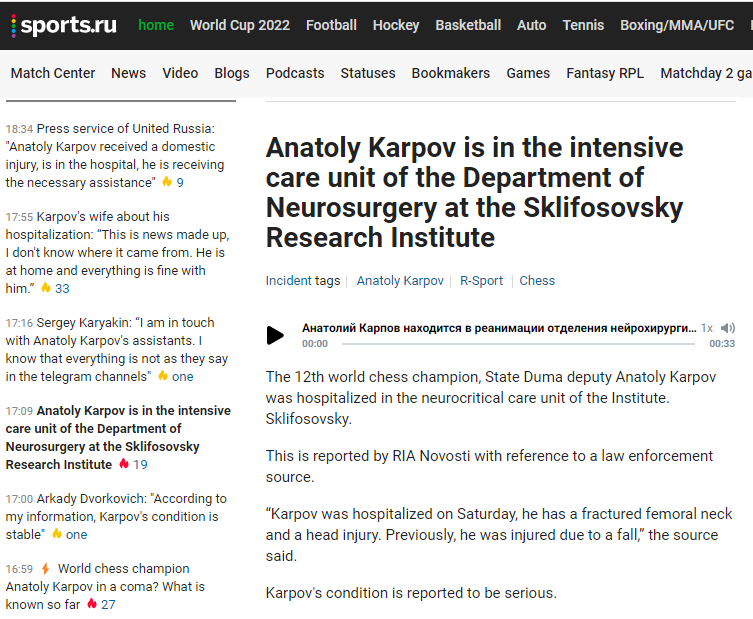 Whatever the truth of the details, that Karpov was hospitalized and for serious reasons seems not in doubt. We will update this report as the news trickles in.