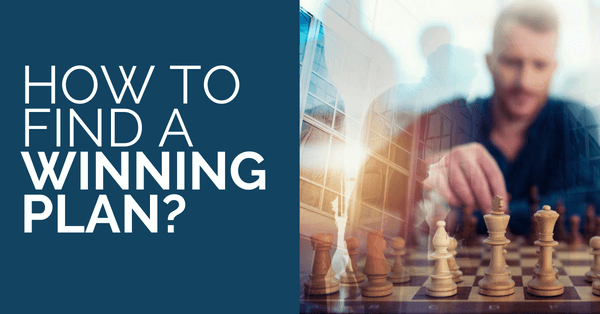 Find a Winning Plan: Every chess game is a collection of small plans that players come up with in order to advance their forces and outplay the opponent. Once the home preparation is over, the two players have to prove their understanding of the position on the board.

To make progress, they need to slowly improve their position and try to gain advantages. Knowing loads of theory will prove useless if the players don’t know which direction to go once the theory stops.

An experienced player will know how to assess a position and, based on his findings, create a suitable plan. Making random moves or creating simple tactical threats that can easily be parried is hardly a good idea. In the end, this just might result in having uncoordinated pieces that are simply unable to work together to put real pressure on the opponent.

Creating a good plan is not an easy task. The first difficulty comes in evaluating the position on the board. While sometimes it is easy to say which side is better and what you should be doing next, some positions are more complicated and not obvious at all what the best move is. In general, strong, experienced players notice more details in a position and can understand easier which ones are critical for the position.

There are a number of factors you need to take into consideration before deciding on a plan. Let’s take a look at some of them:

This is the number one factor that needs to be taken into consideration in any position. If you are playing the game, you will obviously know whether you are ahead or behind in material or if the pieces are equal. But “count your material!” is not just another silly piece of advice. In calculation, for example, players often miscount or forget to count the material at the end of the line, causing the whole position to be misevaluated.

When it comes to deciding on a plan, if you are ahead in material, you will know that trades, for example, should favor you in most cases. If you are down material and trying to fight back, then you will try to avoid exchanging pieces and will be looking for ways to complicate the position. You will try to destabilize the game, play for the initiative and try to make tactics work. It is much easier to convert a material advantage in a quiet position where the opponent is not fighting back and just waiting for the game to be over.

Find a Winning Plan: Safety of the Kings

After counting material, this is perhaps the first thing to notice in a position. The safety of the Kings will tell you a lot about what you should and shouldn’t do next and what plans to follow. If your opponent’s king is unsafe, then this might be a good indicator that you should start an attack against it.

You could have two situations – the first one, the king has castled, but the position of the pawns in front of the king has been compromised. In this case, you can usually look to organize your pieces for an attack and find the right way of bringing all your forces into the attack.

Secondly, it could be that the opponent’s king is still in the center, hence also vulnerable. This sounds like a case of development advantage. Here, you should look for ways of keeping your opponent from finishing his development. You want to keep the king in the center and open the files towards it.

Ideally, you should be looking for ways of developing/ improving your pieces with tempo. It is also worth remembering that material is no longer so important in these kinds of situations. You could be considering a pawn or piece sacrifice to keep the king in the center and gain time to set up a strong attack.

Also worth remembering is that when the opponent’s king is weak, you should usually avoid the trade of Queens. On the contrary, if you notice that your king is in danger during a game, trading pieces and especially Queens could be a good plan. 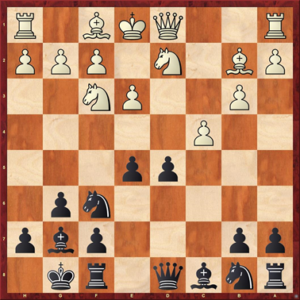 In the diagrammed position Black has a development advantage. However, if White gets to play cxd5, and develop the light-squared bishop and castle, he will be fine. Now is the moment to act and open the central files before it’s too late: 9…d4! White doesn’t have a good choice. The game continued with 10.exd4 and it was soon over due to the pressure on the e-file. 10.e4 isn’t too attractive either, as it leaves Black with an overwhelming space advantage and control over the whole board.

The pawns are often a great indicator of where the battle should take place. If your pawns are leading the space on the queenside, then it is very likely that it is in that area where you should start active action and vice-versa. Take a look at the following position: 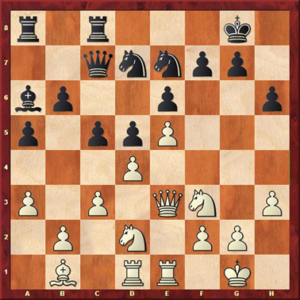 Kamsky is a famous specialist in the London system and this game was no exception. This position appeared after 1.d4 Nf6 2.Bf4. Apparently Black has nothing to worry about. He has started actions on the queenside and is looking to create some counterplay on the queenside. However, as the game shows, that is not dangerous at all. White’s correct plan here, as the pawn structure indicates, is to follow up with f4-f5. There is nothing Black can do to stop this and the attack is incredibly dangerous:

Understanding weaknesses and how to use them is another important step in finding a winning plan. Try to always identify the weaknesses in a position; both in your opponent’s camp and yours. In case the opponent has any important weak pawns or squares that you can easily use, then you could build a plan around this idea. If, on the contrary, you notice that your position has big weaknesses, then you could try to get rid of them. If that isn’t an option, depending on the position you have, the dynamic play could be a good idea. 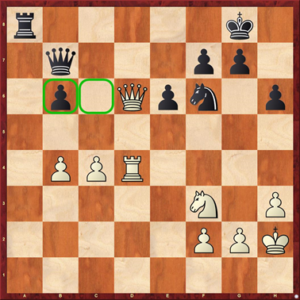 In this position, Black has two important weaknesses that White can try to use – the b6 pawn and the square c6. Also, the knight on f3 doesn’t seem to have a function in this position. Once you notice this, White’s plan becomes clear – the knight should go to e5, looking at c6, White the b pawn should go to b5, creating an outpost on c6.

Another factor you have to assess is the position of the pieces on the board (both yours and your opponent’s). Find the pieces that aren’t doing much and try to improve them. Find badly placed pieces and try to play against them. Hanging pieces are most of the time responsible for tactical shots, so make sure you take them into account.

Finally, compare who has the better pieces and try to figure out how each side should proceed to make their pieces good. For example, do you have a Knight and the opponent a Bishop? Then try to keep the center closed and make the knight an advantage. Are there opposite-colored Bishops on the board? Then remember the typical plans in these positions. Do you have the bishop pair? Remember that this is a big advantage in positions with an open center. Try to increase their force and limit the opponent’s piece activity.

We should always take into account our opponent’s plans. This is something we should constantly do when selecting our own plan and do our best to make it difficult for our rival to achieve his. This process of scanning for our opponent’s ideas and putting a stop to them is known as prophylaxis. It is a very important concept. And, understanding it and being able to apply it during your games will surely improve your strength as a player.

Lastly, remember that a plan should be realistic, and possible to implement. Try to make plans that the opponent can’t easily prevent and will make your position a little bit better. Most games are about building small advantages, rather than quickly mating the opponent.

Watch ‘All Eyes On Us’: Montverde Academy Looks to History at GEICO Nationals