Chess despite the war: The Anfield Cup in Kyiv


For obvious reasons, this year, there haven’t been many serious chess events in Ukraine. But maybe I should apologize for the long delay in writing about nice tournament in which I participated.

The Anfield Pub https://www.facebook.com/pubanfield.kyiv is a unique place for Ukrainian fans of the FC Liverpool, who at the same time might also be fans of Ukrainian football teams). Dmytro Zagorovskyi, the pub’s owner and the sponsor of the tournament, was an active chess player in the past, and, returning to his old passion, also participated in the tournament. 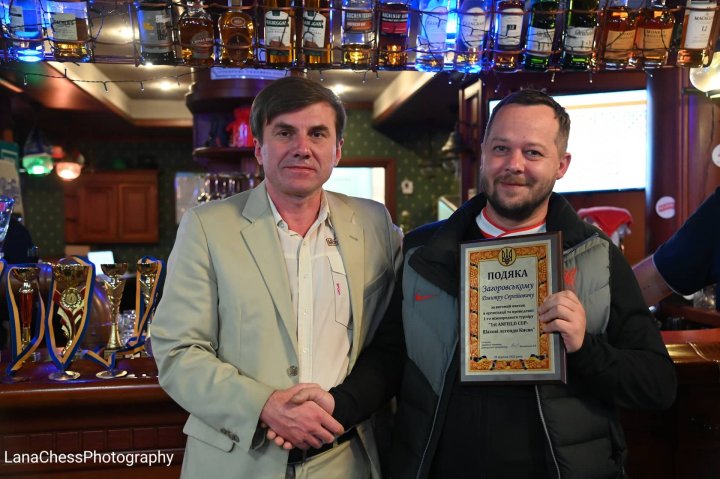 Remarkably, on the first day, after all four rounds were played, the pub returned to its routine and showed a football match between Ukraine and Armenia which attracted many viewers.

All in all, 57 players, including 7 GMs, one WGM and 11 IMs, took part in the Anfield Cup (mainly from Kyiv, though some also came from other cities – I, for example, from Odessa).

The main organizer of this tournament (and of several other important chess events in Kyiv!) Grandmaster Vadim Malakhatko, who in 2001 won the World Team Championship with Ukraine, also played himself.

Most of the Grandmaster living in Kyiv used the opportunity to play in the tournament. However, two GMs from the Ukrainian capital, Georgy Timoshenko and Igor Kovalenko, could not take part because both serve in the Ukrainian army.

FA Lana Afandiyeva performed the duties of the Chief Arbiter. The pictures of the tournament which I use with gratitude in this report are from her impressive project Lana Chess Photography https://www.facebook.com/Chessfotolana/

Another person deeply involved in the tournament was the arbiter-supervisor IA Oleksandr Prohorov.

The football journalist Artem Frankov, who is well-known in Ukraine, helped with the organization, and being a good non-professional chess player, he also played and scored 4.0/9.

A tense fight between many players of similar strength ended in a sole victory of IM Vladislav Bakhmatsky who finished with 7.0/9. 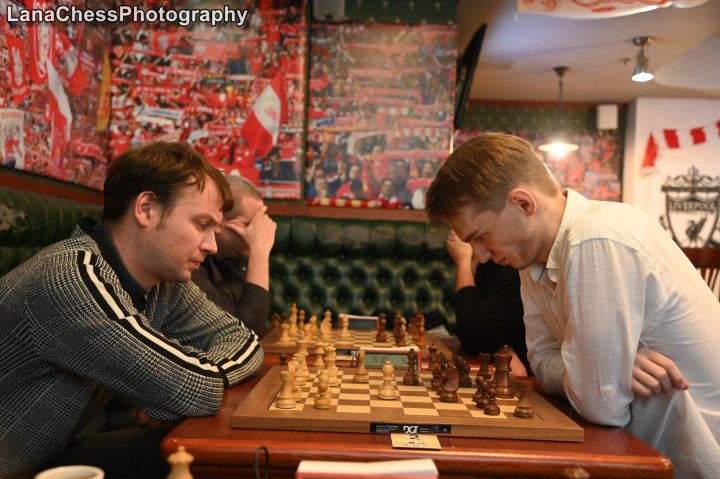 The crucial game: In the final round Bakhmatsky (right, with Black) won against GM Alexey Kislinsky | Photo: Lana Chess Photography

I’m glad about my result and I am glad to have played this tournament: the last tournament I played in Kyiv is 25 years ago! It was good to meet many chess colleagues in these tense and tragic times…

The rising star of Ukrainian chess, IM Ihor Samunenkov, who is a really big talent, was almost always among the top and showed interesting chess. Only a loss in the final round prevented him from finishing in Top 10. But he still won a prize, because Vadim Shishkin, who was 10th, also won another prize, and this helped Samunenkov, who finished 11th, to become one of the prize-winners.

WGM Oksana Vozovic, kickboxer, Ukrainian women’s champion 2006 and formerly member of the national women’s chess team, currently has a very serious job in the State Bureau of Investigation (DBR) and almost stopped playing in tournaments. But this time she participated and won the 1st women’s prize.

Games, played on boards 1-6, were broadcasted live and preserved for eternity. I selected and partly annotated 24 of these games. It wasn’t intentional, but the tournament winner Bakhmatsky and Samunenkov appear most often – with 6 and 7 games.

I should also provide a link https://www.youtube.com/watch?v=0afEYTSupxs to the Kyiv TV report from the second day (September 25th).

At the closing ceremony, the hope was expressed that the tournament will become traditional, an idea which I can only support! 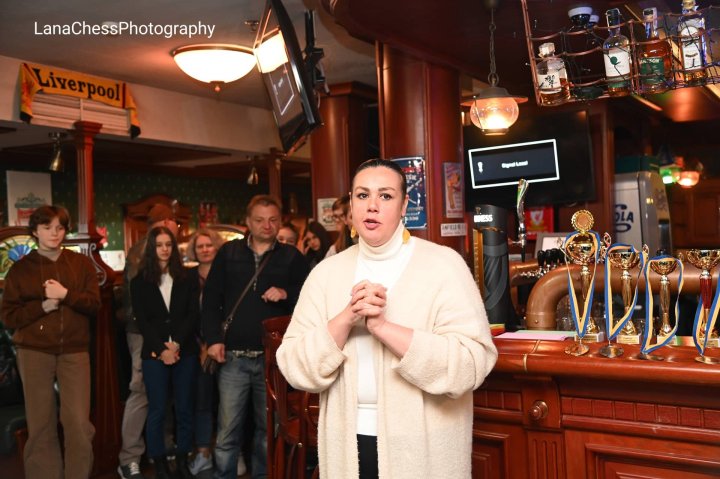 Olena Hrebenyuk, who is a soloist at the National Opera, accompanied the closing ceremony | Photo: Lana Chess Photography