Jan-Krzysztof Duda and Shahriyar Mamedyarov are playing the final match of the Aimchess Rapid online tournament. The match is played over two sets of 4-game mini-matches.

The Polish star showed top form on the first day of the match, as he got a clear 3-1 victory.

After a draw in the opening game, Duda won the second game with the white pieces. In a tactical double rook ending with bishops still on the board, a central passed pawn decided the game in White’s favour.

In the third game, Mamedyarov tried to succeed by castling long and attacking the opposite king as a response to Duda’s Nimzo-Indian Defence. Duda repelled the attack and kept an extra pawn in the transition to the endgame, but he could not hold on to it. The game ended without a winner.

Mamedyarov now had to win the fourth game at all costs to equalize the match, and chose to go for the Blumenfeld Gambit. After a lively game, White triumphed again. Duda won the game after parking both his rooks on the seventh rank.

Duda now has excellent chances of winning the tournament, as Mamedyarov is obliged to win the second set to force a playoff. 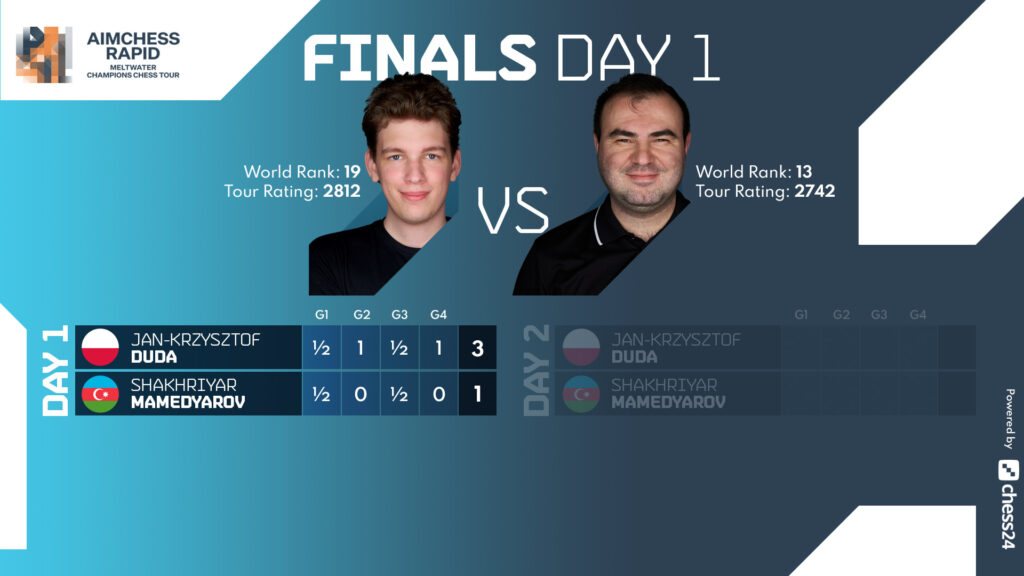 Chessable announces the return of the Monster Mystery Bash Tournament

Chessable announces the return of the Monster Mystery Bash Tournament

Why do some countries always gain and other always lose rating points?

Tim Tszyu gets up from early knockdown to win his U.S. Debut over Terrell Gausha