Winner of the Disrespect Championship

It has been a crazy month and a half in the chess world. After a still unresolved scandal was born at the Saint Louis Chess Club during the Sinquefield Cup on September 6, the famous club in Missouri hosted the U.S. Championships with fourteen participants both in the open and the women’s sections. Luckily for spectators, there were no real scandals during what turned out to be a really entertaining event.

Except for a couple of post-game interviews (following Christopher Yoo’s comment that he had felt disrespected by Hans Niemann) and a king being ‘decapitated’ in round 12 (a strange slip by Sam Sevian, who seems to have lost track of the circumstances amid a tough struggle on the board).

Thus, a lighter mood took over social media. Once second seed Fabiano Caruana clinched his second national title, the big absentee in Saint Louis, Hikaru Nakamura, congratulated his colleague on Twitter like so.

Thanks to his 8½/13 undefeated performance, Caruana finished in outright first place and gained 3.2 rating points, despite facing a large field with a 2672 rating average. Following subpar performances at the Candidates and the Olympiad, Caruana bounced back in style in Saint Louis, climbing to the sixth spot in the live ratings list.

As of late, Caruana has shown a more relaxed demeanour, and this victory was a demonstration of his incredible ability to navigate difficult positions while keeping his cool, a particularly useful skill in a lengthy 13-round tournament.

Moreover, we are also getting to know Caruana more closely through the podcast he recently launched with Cristian Chirila, C-Squared. In a 32-minute episode, titled Unfiltered, the now 2-time U.S. champion celebrated his victory with Chirila, Tatev Abrahamyan, Alejandro Ramirez and Maurice Ashley.

The new chess era of top players using online platforms to connect with their fans seems to be here to stay. Lucky for us! 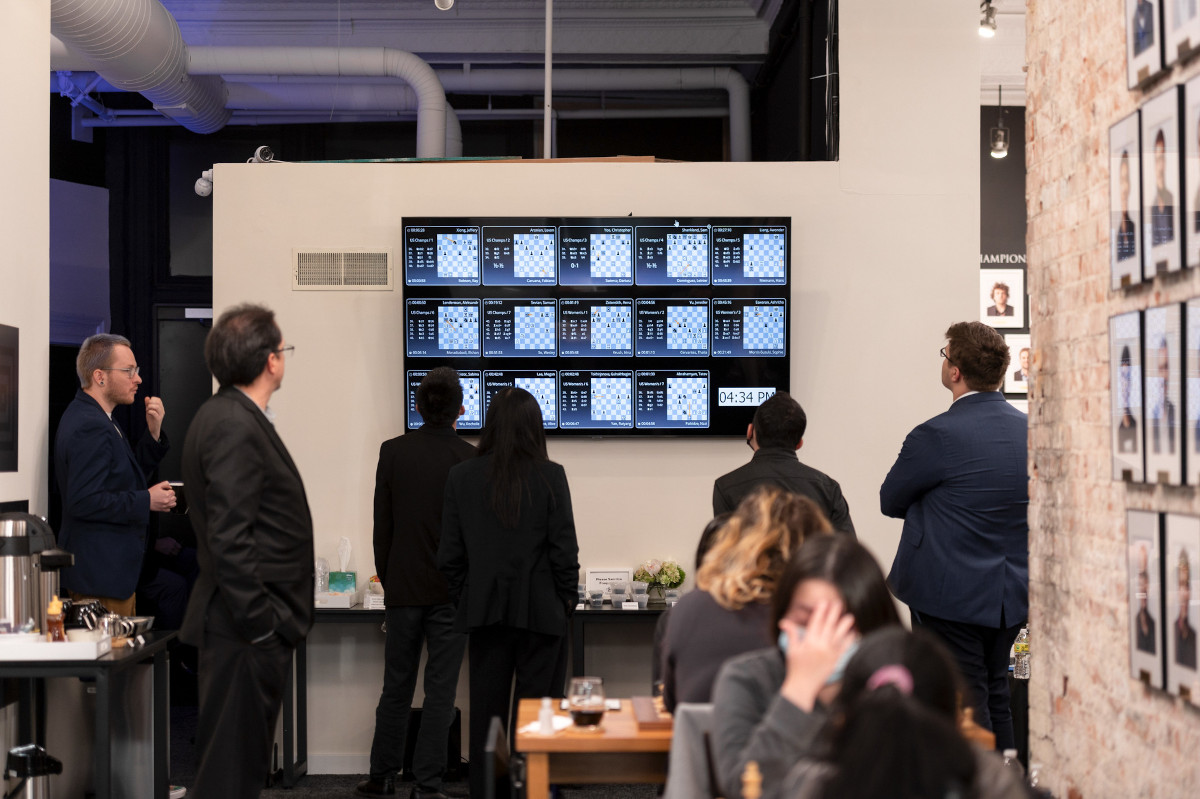 With four players still in contention for first place, and following a tournament with no lack of excitement, it was somewhat anticlimactic to see two of the four crucial games ending with quick draws in the final round.

Playing white, Leinier Dominguez employed a well-known move repetition out of a Sicilian Najdorf to secure a half point against Sam Shankland. Dominguez later explained that he was completely exhausted after having played a series of games lasting 90 or more moves, including a 131-mover against Christopher Yoo two days ago.

A fierce competitor, Shankland asked to be interviewed after the game, and apologized for the quick draw. The 2018 U.S. champion noted that Dominguez, a principled player, never does this with white, and stated that “everyone is allowed one, so I’m not gonna give him a hard time”.

Dominguez finished undefeated with 7½ points, and mentioned that he will have a rest now, as he does not expect to play over-the-board chess until the World Rapid and Blitz Championship. Shankland, on his part, was rather disappointed with his 7-point performance, which included a number of wasted chances. 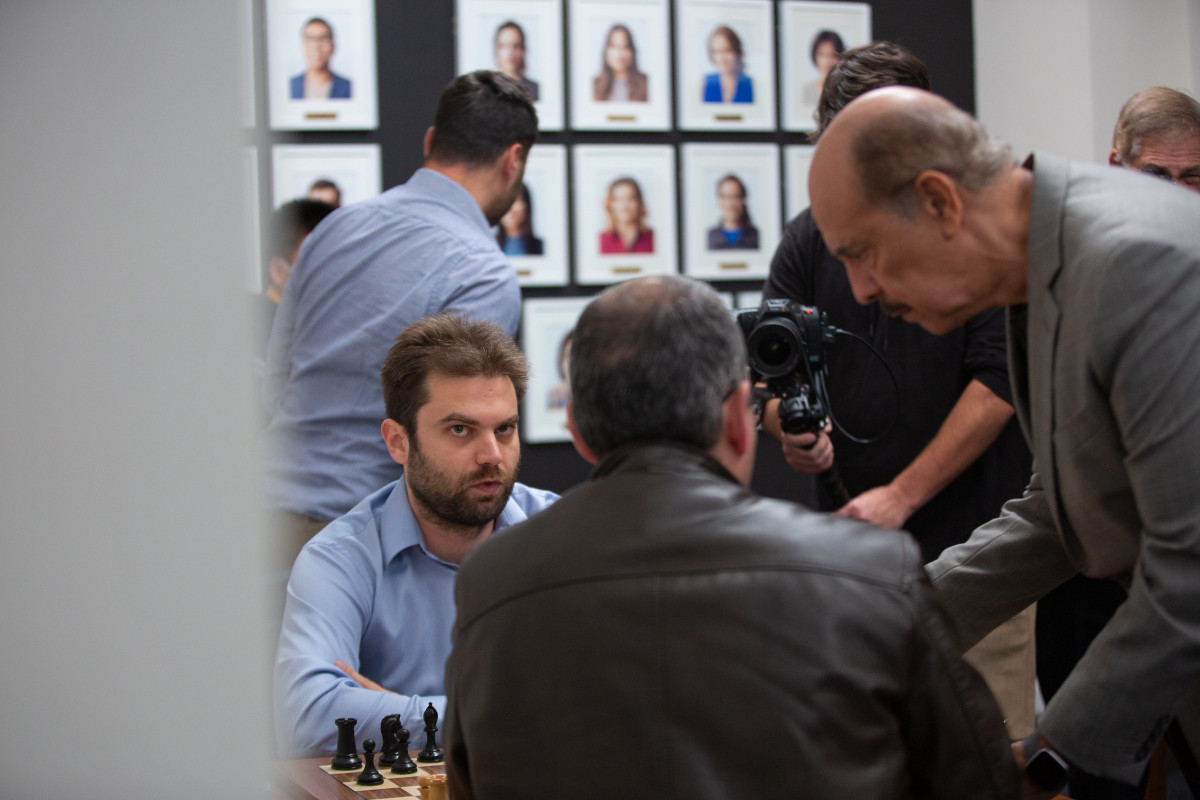 Caruana and Levon Aronian also drew quickly out of a Berlin Defence, which meant only Ray Robson could catch him with a final-round win — Awonder Liang entered the round a full point behind Caruana and was now out of contention.

In a strategic battle against Jeffery Xiong, Robson tried hard to create winning chances. As it often happens while facing strong GMs, though, pushing too hard ended up giving his opponent opportunities to fight for more. In the end, Robson showed good defensive skills to hold the draw and finish the tournament undefeated in sole second place.

Robson gained 11.7 rating points and will have a 2700+ rating in the next official list published by FIDE for the first time in his career. 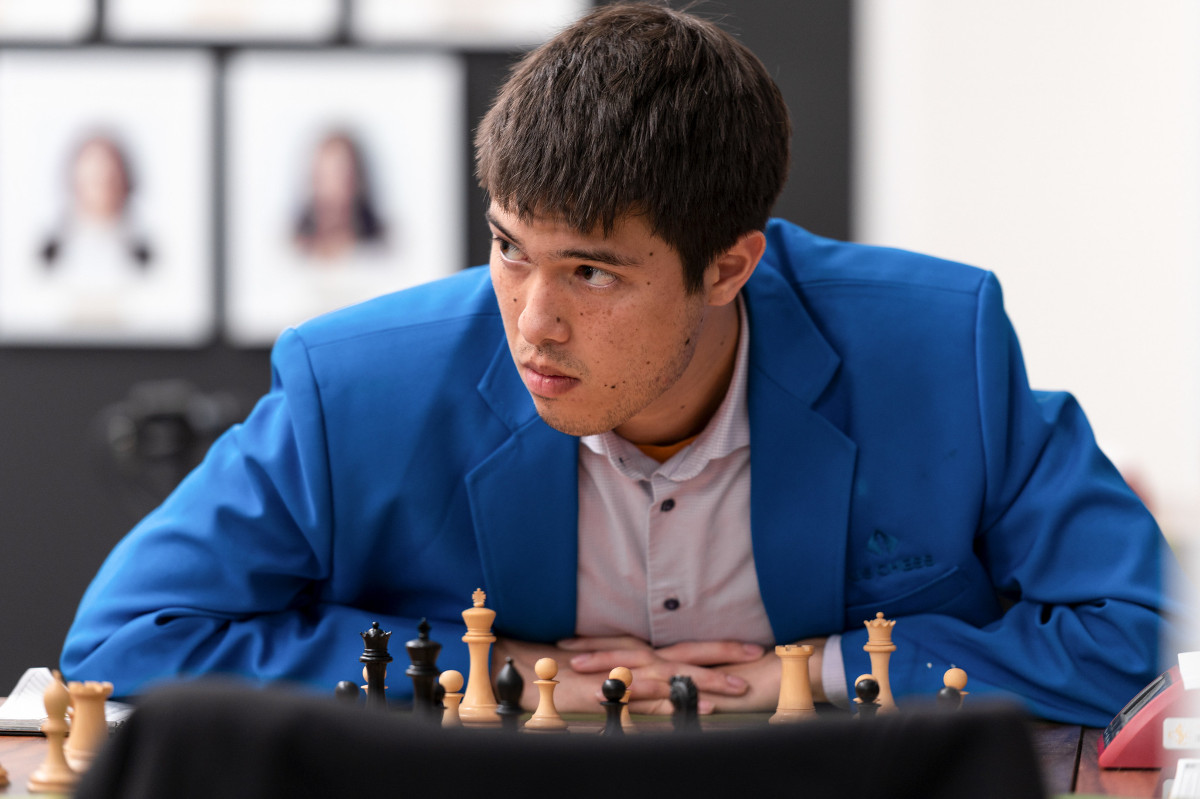 We will get to see one more day of chess action broadcasted from the Saint Louis Chess Club, as Irina Krush and Jennifer Yu will decide the women’s national title in a two-game rapid match (G/10 +2 increment) — in case of a tie, an Armageddon decider will follow immediately.

Krush entered the final round with a half-point lead after beating Yu in their all-important round-12 direct encounter. Yu, who only drew two games in the long event, was paired up against Thalia Cervantes in the final round, with Cervantes coming from impressively scoring five wins in a row. Krush, on her part, was set to face long-time rival Anna Zatonskih.

Playing black against Cervantes, Yu got a strategic advantage in a queenless position. Slowly but surely, the 20-year-old made progress, using her wealth of space to gradually corner her opponent in a technical position.

Krush, in the meantime, had a slight edge with white against Zatonskih, but could not convert it into a win. The game lasted 87 moves. 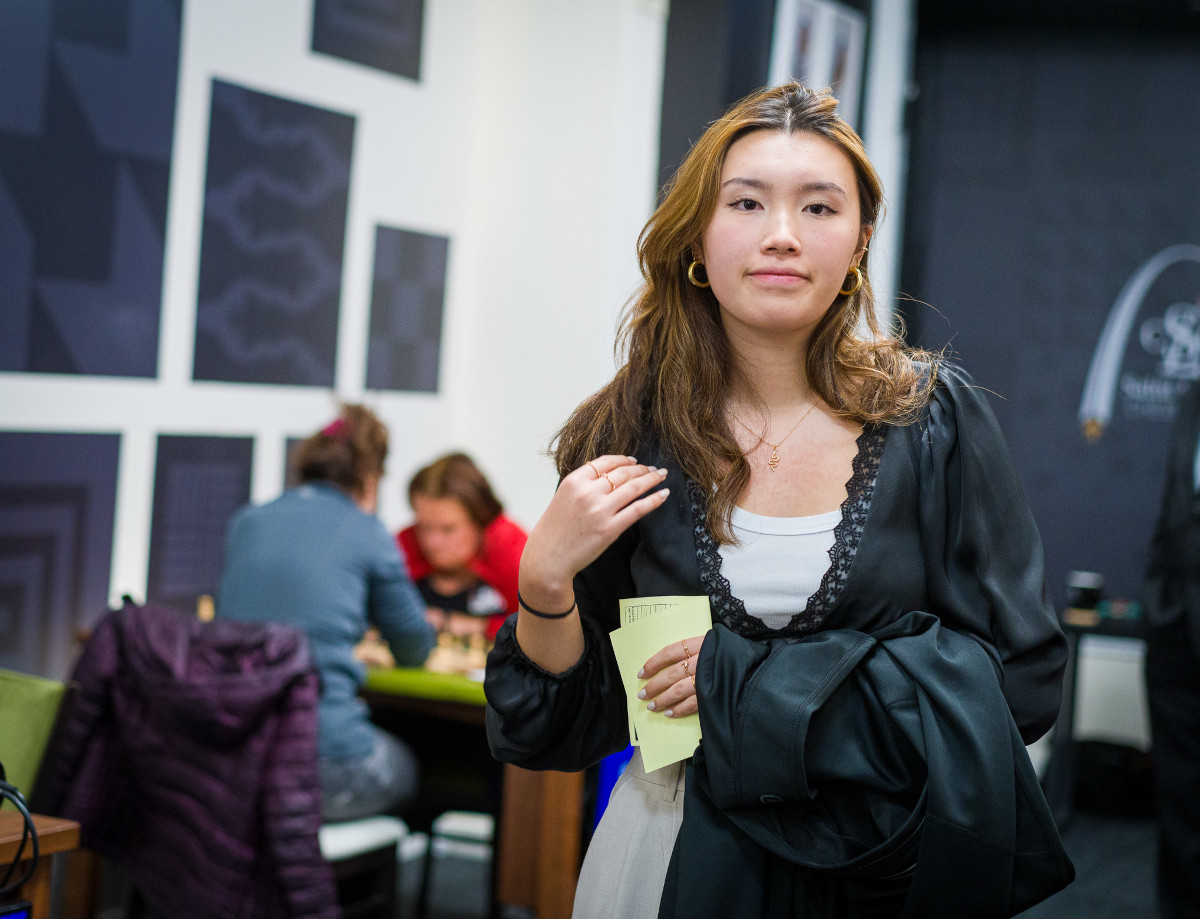 Ruiyang Yan, born in 2007, finished fourth, after collecting four wins and two draws throughout the event. Alice Lee, who celebrated her 13th birthday a week ago, was another teenager who had a strong showing, as she won three games and lost two for a 7/13 score.

Alice Lee shared fifth place with Megan Lee, who was leading the standings after scoring a hat-trick in rounds 6-8, and Tatev Abrahamyan, who ended the tournament with a win over Nazi Paikidze. 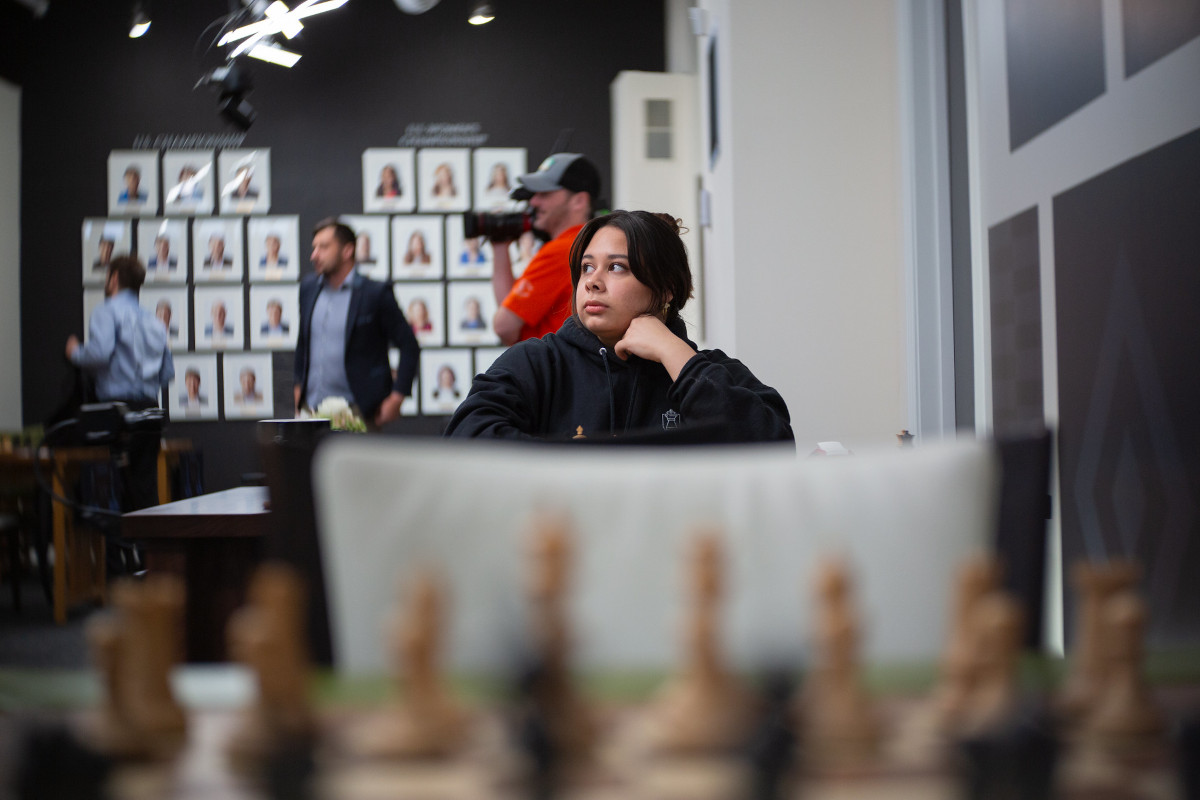 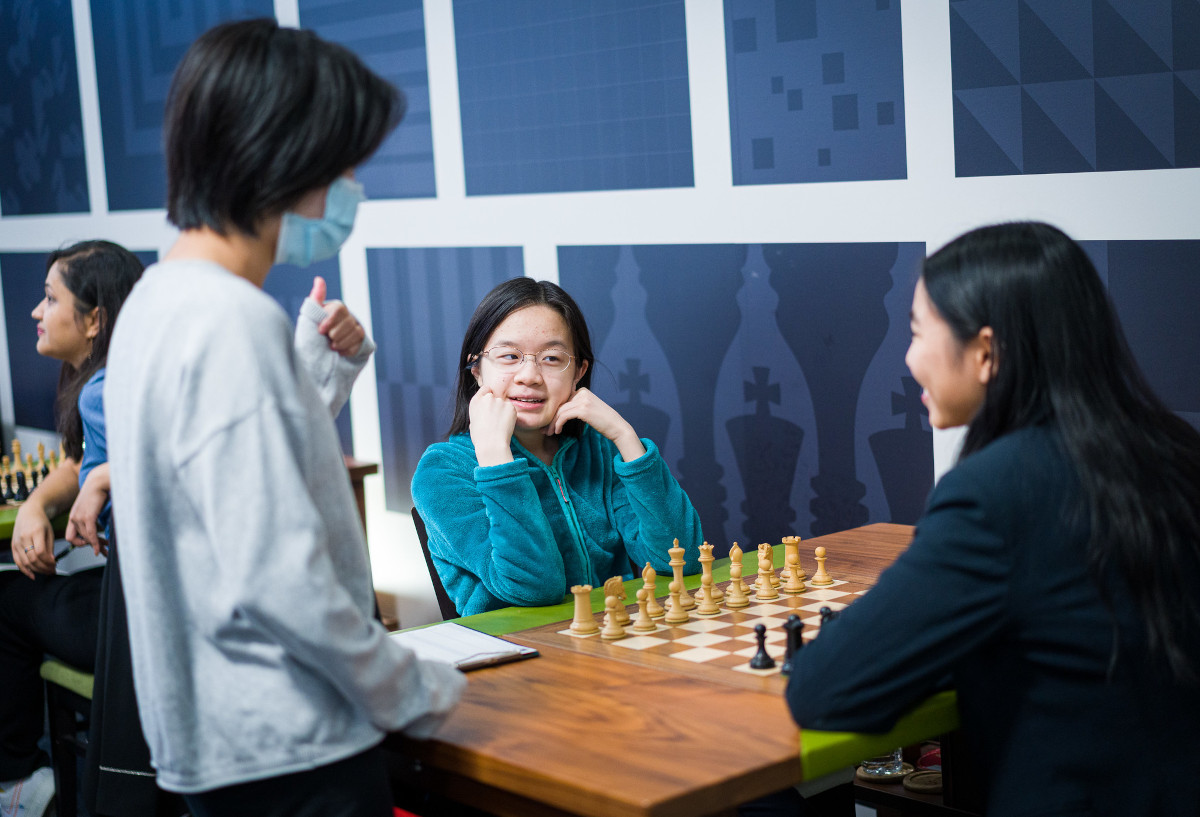 Let’s Check Engine Correlation: How to use it