“The most rewarding feeling”

Jan-Krzysztof Duda is no stranger to beating Magnus Carlsen in direct matches. However, despite having knocked the world champion out of the 2021 World Cup and the 2022 FTX Crypto Cup, the Polish grandmaster still rates beating the world number one as a stupendous achievement. After beating Carlsen in the semifinals of the Aimchess Rapid, Duda told the tournament’s commentators:

I’m very happy, of course. […] Beating Magnus is probably the most rewarding feeling you can have when playing chess.

Duda twice beat Carlsen with the white pieces, in games 2 and 4.

In the second encounter, following a 47-move draw, the world champion got the advantage after Duda erred on move 38. Three moves later, however, Carlsen not only lost his edge but blundered into a deadly discovered check by choosing the wrong square for his king.

Black is temporarily a piece down, but the threat of back rank mate, in fact, gives him the advantage. All he needs to do now is to sidestep the check with 41…Kc6, when White has nothing better than 42.Qxe4 Qxe4 43.Rd1, and the ensuing endgame favours the queen (versus the rook and bishop) on the open board.

Carlsen, however, faltered with 41…Ke6, which allowed 42.Qb3, and any check following a capture on e1 will be responded by …Rd1+, with a timely counter-check!

White grabbed the bishop with the queen, when Black cannot capture on e1 due to the aforementioned back rank mate. Nonetheless, Duda got a much favourable queen and rook endgame. But, as the world champion proved in the quarterfinals against Arjun, he is not one to go down without a fight.

The game ended up lasting 88 moves, with Duda needing to show proper technique in a rook endgame a pawn to the good — not without a few imprecisions in the process.

Duda held a second draw with black in the next game, and won the fourth game of the match, as Carlsen erred out of a King’s Indian Defence in a must-win situation.

The ever-fighting Shakhriyar Mamedyarov continues his good run on his fifth outing in this year’s tour, as he is set to play his first final of the series (including the 2021 edition) — his best result was achieved at the New in Chess Classic last year, when he lost in semis against Hikaru Nakamura and then defeated Levon Aronian in the match for third place.

Anish Giri predicted that his 37-year-old colleague would make it to the final after Shakh’s win in the first game of his match against Nodirbek Abdusattorov:

In the semis, Mamedyarov started with a loss and, after games 2 and 3 finished drawn, he managed to beat Richard Rapport in the fourth rapid game of the day, thus taking the match to blitz tiebreaks.

Rapport’s decision to play 39…Bg7, allowing the restricting 40.e5, turned out to be fatal. Keeping the bishop ‘outside’ the pawn chain with 39…Bc3 or 39…Bd4 was absolutely necessary.

Things quickly went from bad to worse for Black. When resignation came, the bishop was fully cornered behind the king.

A win and a draw in the ensuing blitz playoff gave Mamedyarov a ticket to the final match, set to take place on Thursday and Friday, when two 4-game sets will be played. 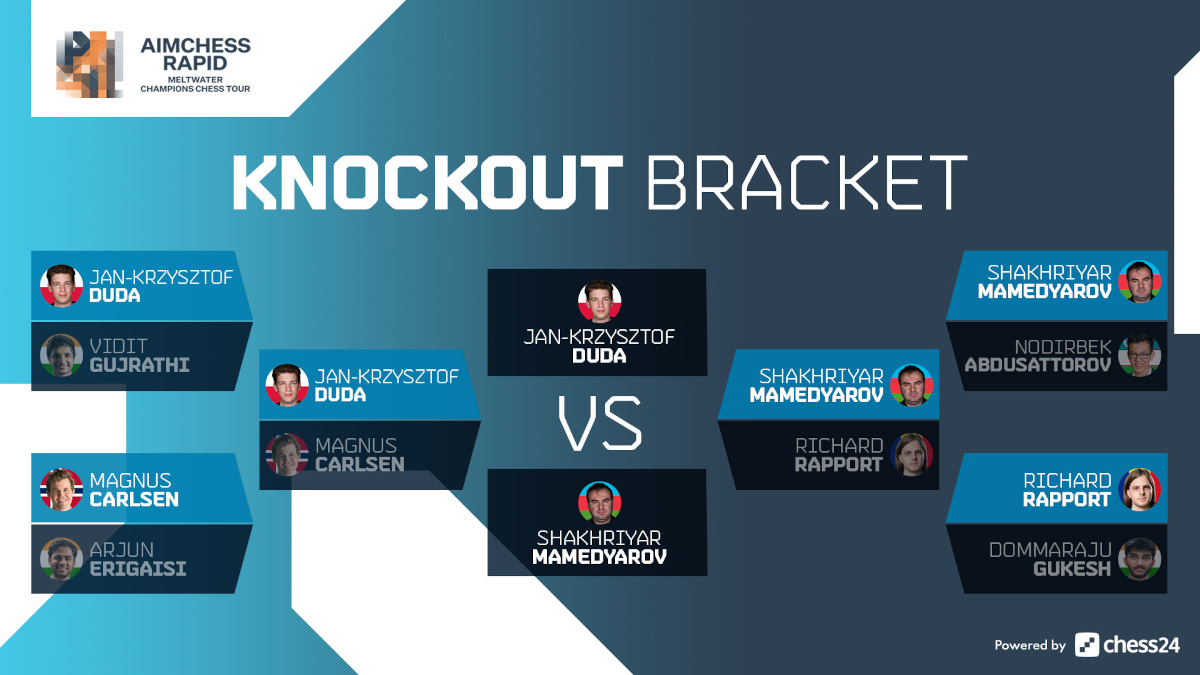 8 Must-Watch Series You Should Binge-Watch

8 Must-Watch Series You Should Binge-Watch

REPORT: T.J. McConnell Out ‘Multiple Months’ After Surgery on Hand