A must-win game for both contenders?

Jennifer Yu and Irina Krush are fighting neck and neck for first place at the U.S. Women’s Championship. Yu, the winner of the event in 2019, has a half-point lead over Krush, who won the tournament a whopping eight times. The frontrunners are set to face each other in the penultimate round.

Both Yu and Krush won their games with the black pieces in Monday’s tenth round. Following her victory over Gulrukhbegim Tokhirjonova, Yu told Cristian Chirila that, psychologically, she finds it useful to approach every game as if she were in a must-win situation. Thus, against Krush in round 12, using his approach will make even more sense, since that might turn out to be the encounter that gives her a second national title.

Meanwhile, in her post-game interview, Krush was in good spirits after a comeback win over Nazi Paikidze. The multiple U.S. champion confessed that this was the first game in which she had left the opening with an inferior position, so it is somewhat strange that she actually managed to win this one after having lost many chances to score from superior positions throughout the event.

Paikidze was clearly playing for a win, as she showed at more than one juncture in the game.

White (Paikidze) had an edge here, mainly due to the weakness of Black’s bishop on b7. Here, she could have got a small positional edge by entering an endgame with 19.Nxf6+ Qxf6 20.Qxf6 gxf6 but, as Krush noted, Black in fact has good chances of saving a draw in that line.

Thus, after thinking for around six minutes, Paikidze went for 19.Nxd6, keeping the queens on the board, with more dynamic opportunities for both sides.

Slowly but surely, Black equalized the position, and it was Paikidze’s insistence on winning that allowed Krush to get the upper hand and eventually secure the full point. 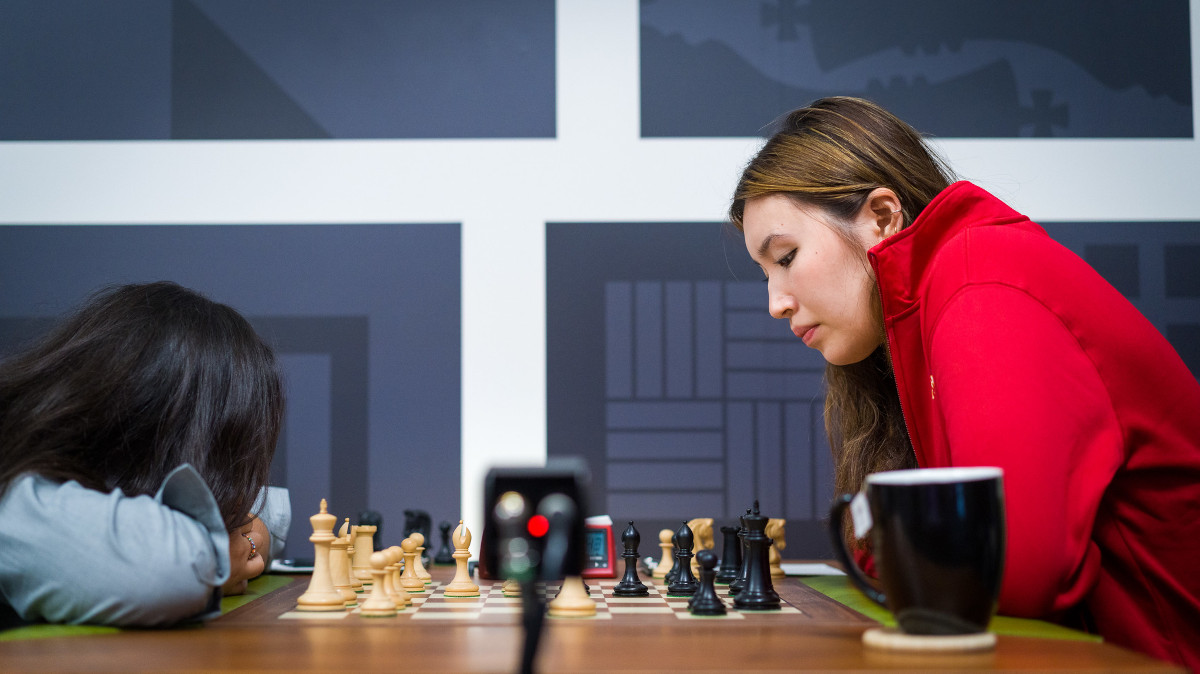 Cervantes will face Tokhirjonova and Yu in the final two rounds, as she confessed to have set the goal of ending among the top 3 entering into the tournament. 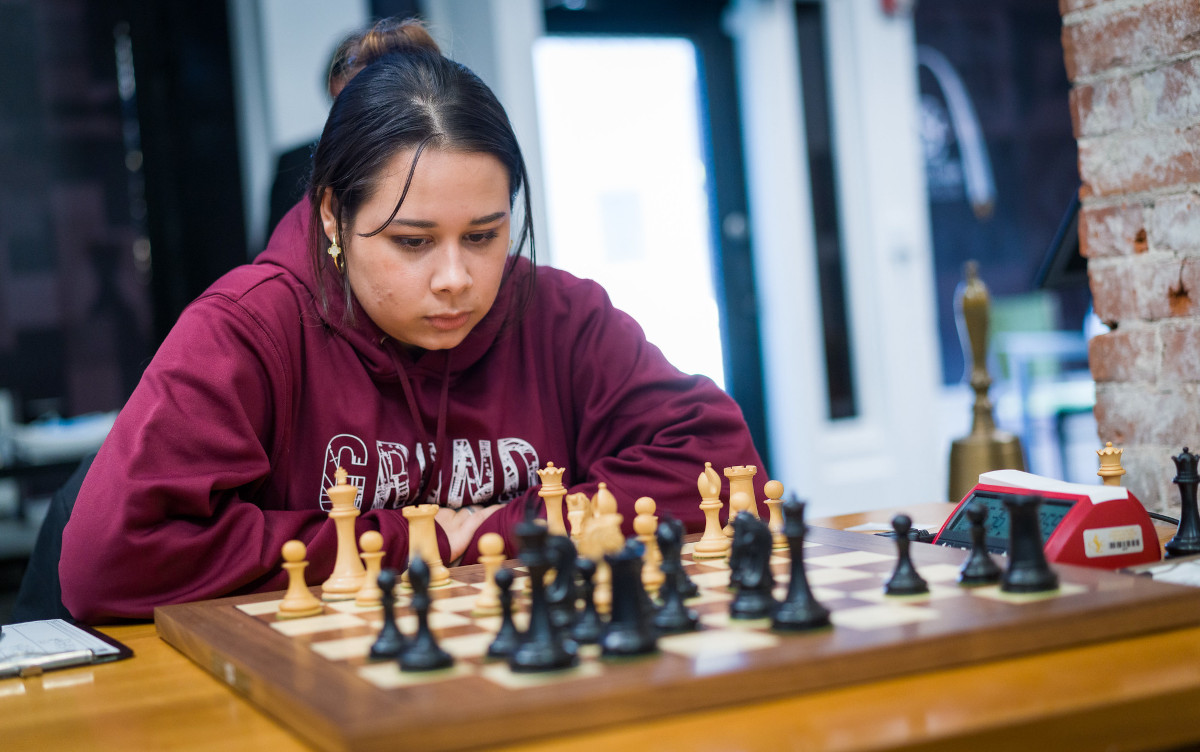 Sevian and Dominguez win to keep outside chances

The tournament table in the open looks quite similar to the one in the women’s. A sole leader (Fabiano Caruana) has a half point lead over a player in sole second place (Ray Robson), while one two players stand a half point further back (Sam Sevian and Leinier Dominguez).

Unlike in the women’s tournament, though, the four players with realistic chances of winning the event have all faced each other earlier in the event.

Sevian and Dominguez both won in round 11 to climb to shared third place. While Dominguez needed no fewer than 131 moves to beat Christopher Yoo with white, Sevian got to beat Dariusz Swiercz with black after finding a nice tactical shot on move 34.

Sevian pointed out what his opponent is likely to have missed in his calculations. After 34…Rxf5 35.fxe5 Qd5+ 36.Kg1 Rf3, Swiercz perhaps considered 37.Kh2, when Black has no straightforward path to infiltrate like in the game.

However, in that line, White would have found himself in a curious sort of zugzwang after the quiet 37…Kg8 (see diagram below).

Remarkably, there is nothing White can do to untangle! 38.h4 fails to 38…Qc4, “and everything is falling” (Sevian), while after 38.e6 there is 38…Qd6+, and Black’s attack is quicker than White’s passer. 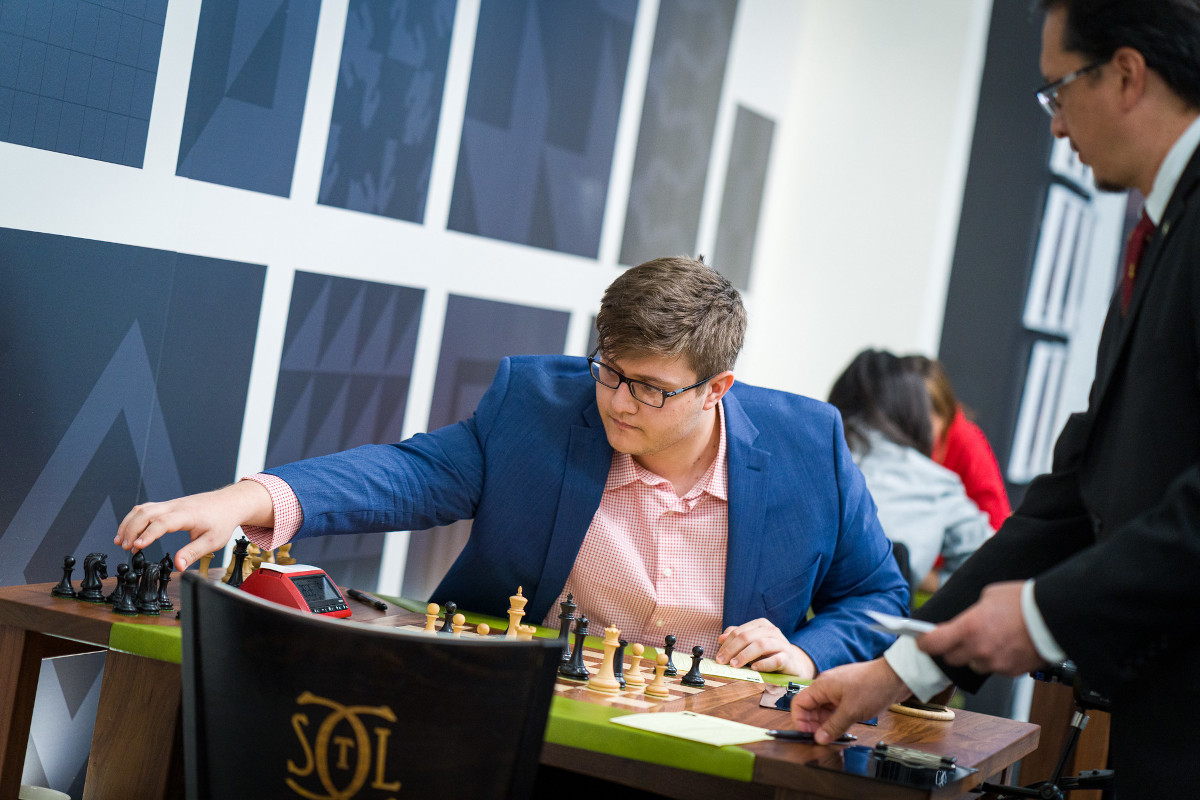 In the meantime, both Wesley So and Hans Niemann won with the white pieces to return to fifty-percent scores. Curiously, these are the two opponents that Sevian will face in the final two rounds.

As for the top two contenders for first place, Robson is the one with the nominally easier game in round 12, as he will face Yoo, who comes from losing three out of his last four games, while Caruana is set to play against Sam Shankland, who has drawn most of his games and stands on a +1 score. Both Robson and Caruana will have the black pieces. 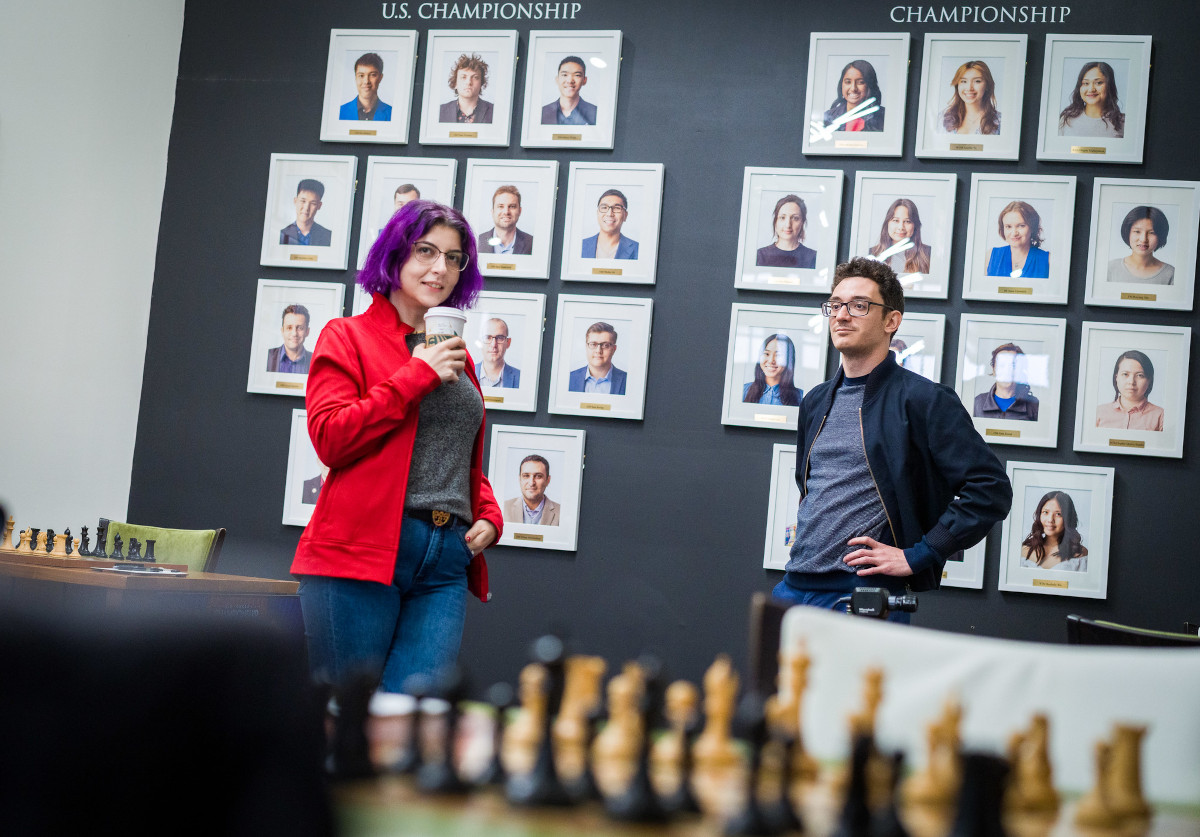 The easiest way to create an opening repertoire

Carlsen about Niemann’s lawsuit: “I focus on chess”