A sixth win for Yu

Jennifer Yu, the 2019 U.S. women’s champion, has the same score as Fabiano Caruana, but she has played four more decisive games than her colleague. Yu’s only draw of the event came in round 6, when she split the point with Alice Lee. In the remaining rounds, the Harvard student has collected six wins and two losses for a +4 score, which leaves her in the sole lead of the tournament with four rounds to go.

On Saturday, Yu played the Caro-Kann, avoiding overly theoretical lines against Ashritha Eswaran, whom she considers one of the best prepared players in the field. Eswaran, curiously, is the one other player who has eight decisive results so far in the tournament. This time around, her ambitious approach backfired after Yu stabilized the position out of the opening.

22.b4 tried to force matters, when a simple developing move like 22.Rad1 was what the position called for. Now Yu has 22…Na4 and White cannot defend both the b4 and d4-pawns.

Eswaran then doubled down with 23.Rxe7, giving up material to muddy the waters instead of slowly defending a positionally inferior position. Moreover, even in this line, Black gets to grab one of her opponent’s central pawns — 23…Rxe7 24.Be1 Rxd4 25.Bf1

Yu converted her advantage into a 56-move victory. 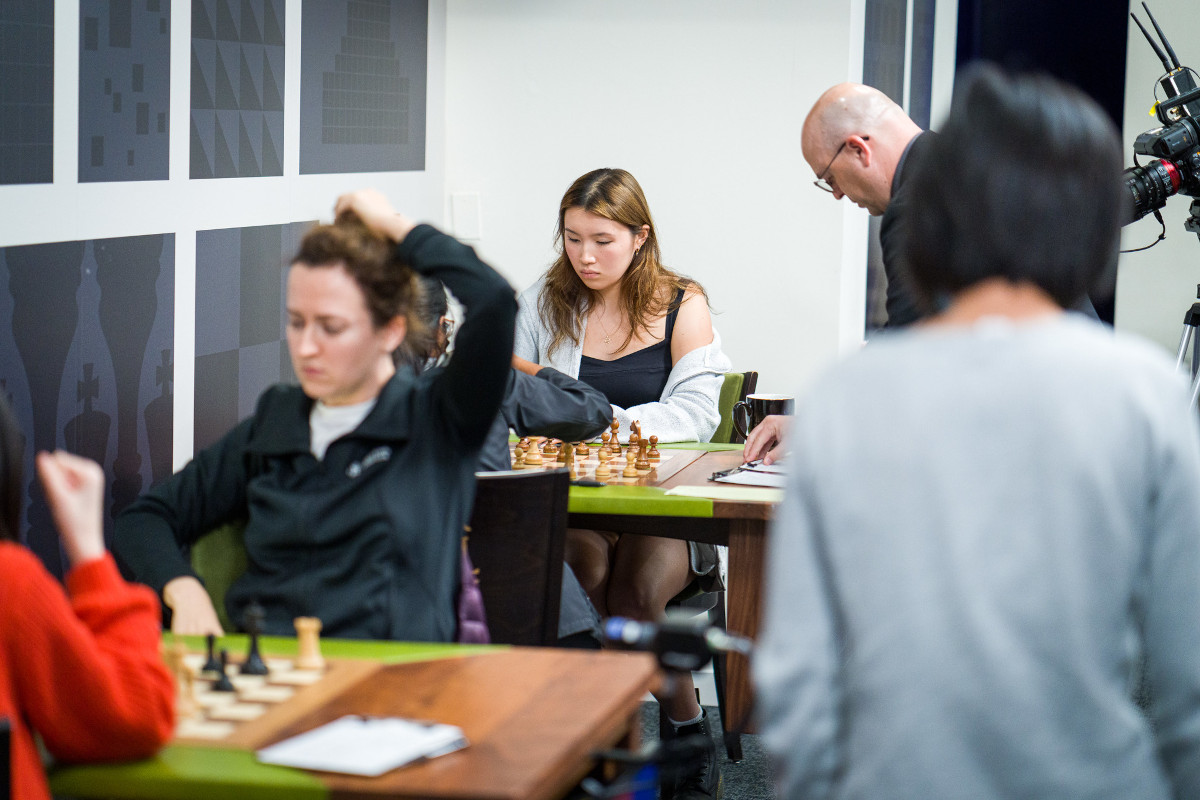 Two other games finished decisively in round 9 of the women’s tournament. Former sole leader Megan Lee was defeated by Gulrukhbegim Tokhirjonova, while Thalia Cervantes grabbed a second consecutive win, as she beat Sabina Foisor with the white pieces.

In a crucial game for the standings, Alice Lee drew 8-time U.S. women’s champion Irina Krush with the white pieces. The exciting struggle saw Krush getting the upper hand in the middlegame, Lee missing winning chances in a sharp endgame with queens still on the board, and a rarely seen technical ending eventually appearing on the board.

Who is better and why? Endgame tablebases evaluate the position as drawn, and the players demonstrated the correct technique in the final phase of the game. A draw was agreed 18 moves later. 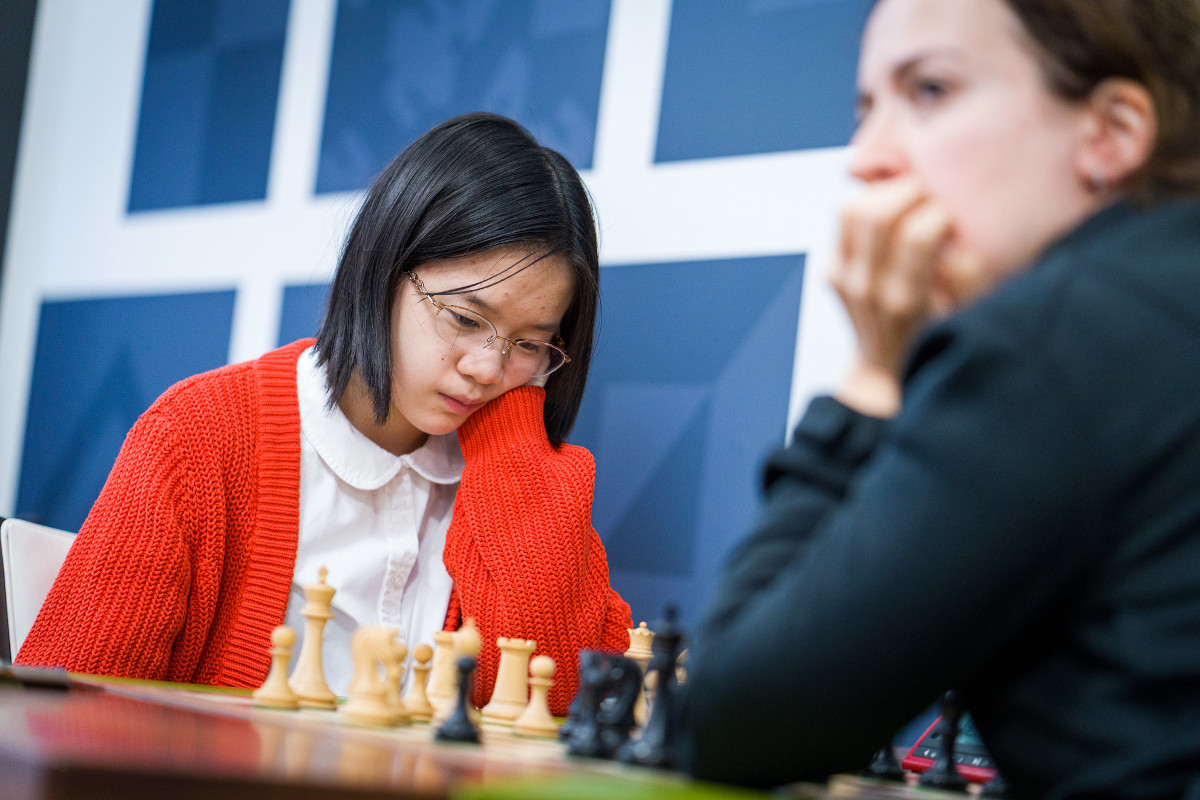 Back in round 5, Awonder Liang defeated Levon Aronian after playing the Scotch Gambit, certainly an adventurous line against such a strong player (Robert Ris and Daniel King both analysed the remarkable encounter!). Facing sole leader Fabiano Caruana, Liang did not shy away from yet another bold variation, this time out of a Petroff Defence.

A great theoretician, Caruana spent around 15 minutes in his first 8 moves (he usually blitzes out his preparation at the outset of the game), and then thought for over 22 minutes on move 11. Not surprisingly, he found the way to get an advantage, but Liang defended resourcefully throughout. A draw was only agreed on move 77. 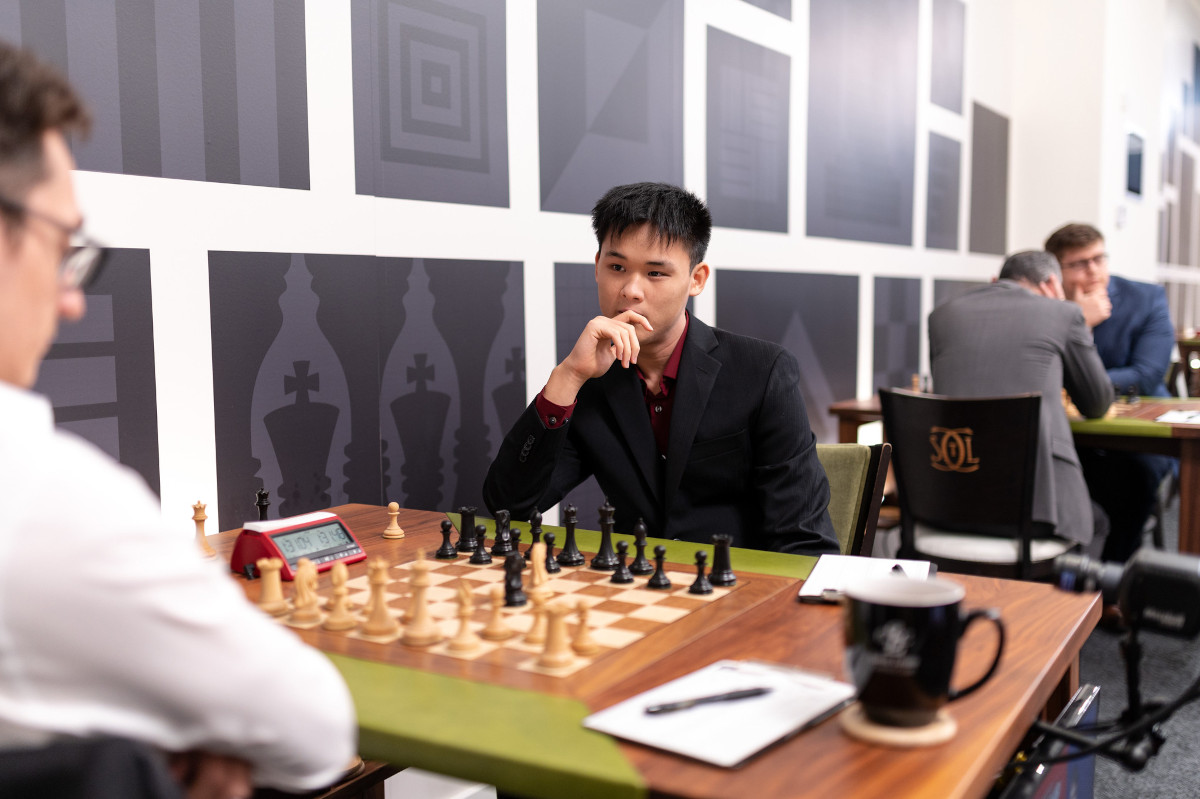 In the one decisive game of the open section, Sam Shankland defeated Christopher Yoo. Shankland, aged 31, is known for his great theoretical knowledge and his disciplined work ethic, two factors that have helped him become a sought-after trainer. Coincidentally, he coached Yoo back in 2015, when the kid joined his adult class at 8 years of age!

Yoo’s decision to push his f-pawn on move 13 was rather dubious.

Despite the structural weaknesses, White’s army is perfectly placed to create attacking chances on the kingside. Shankland was quite precise in the conversion, as he went on to obtain his second victory of the event. 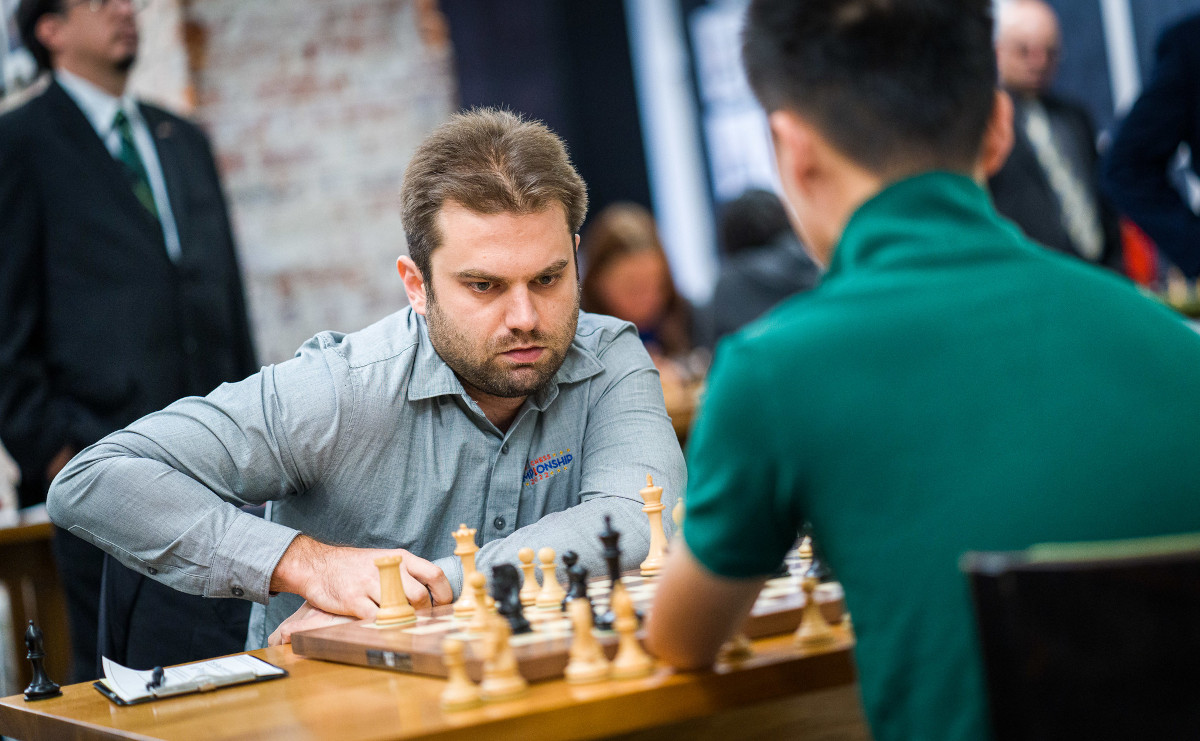