This edition of the U.S. Championship might end up being a turning point in Ray Robson’s career. Talking to Cristian Chirila after scoring a third consecutive win, the well-spoken grandmaster shared the long-term goals he had set for himself back in 2014:

The first item on the list was crossed off already, as Robson was part of the U.S. teams that grabbed gold and silver medals at the 2016 and 2018 editions of the most important team event on the chess calendar.

As for the second and third goals, he has realistic chances of achieving both in the coming days. He already crossed the 2700-rating mark in the live ratings list (he did not specify if that counts, or if an official rating is what he is looking for), and he currently stands in sole second place at the national championship, a half point behind Fabiano Caruana.

On Thursday, Robson inflicted Elshan Moradiabadi’s fourth straight defeat. Facing the Berlin, Moradiabadi did not enter the most symmetrical, drawish line and allowed for a tense struggle to develop on the board. The Iranian-American GM was overly cautious on move 18, however.

Moreover, not pushing the a-pawn allows Black to forestall the aforementioned plan by playing 18…a5 himself. Robson thus freed up his position to create a few counterchances against his opponent’s somewhat timid manoeuvres.

The black knight made its way to f4 after all. Here the engines give 25.gxf4 Qxf3 26.fxe5 as the best defence, while Robson was expecting his opponent to go for 25.N3h4, which is better than the move seen in the game.

Tucking the king away on h1 in the previous move was not possible due to …b5-b4, which works tactically for Black. Robson swiftly activated his rooks and made the most of his rival’s uncoordinated position, as he forced Moradiabadi’s resignation ten moves later. 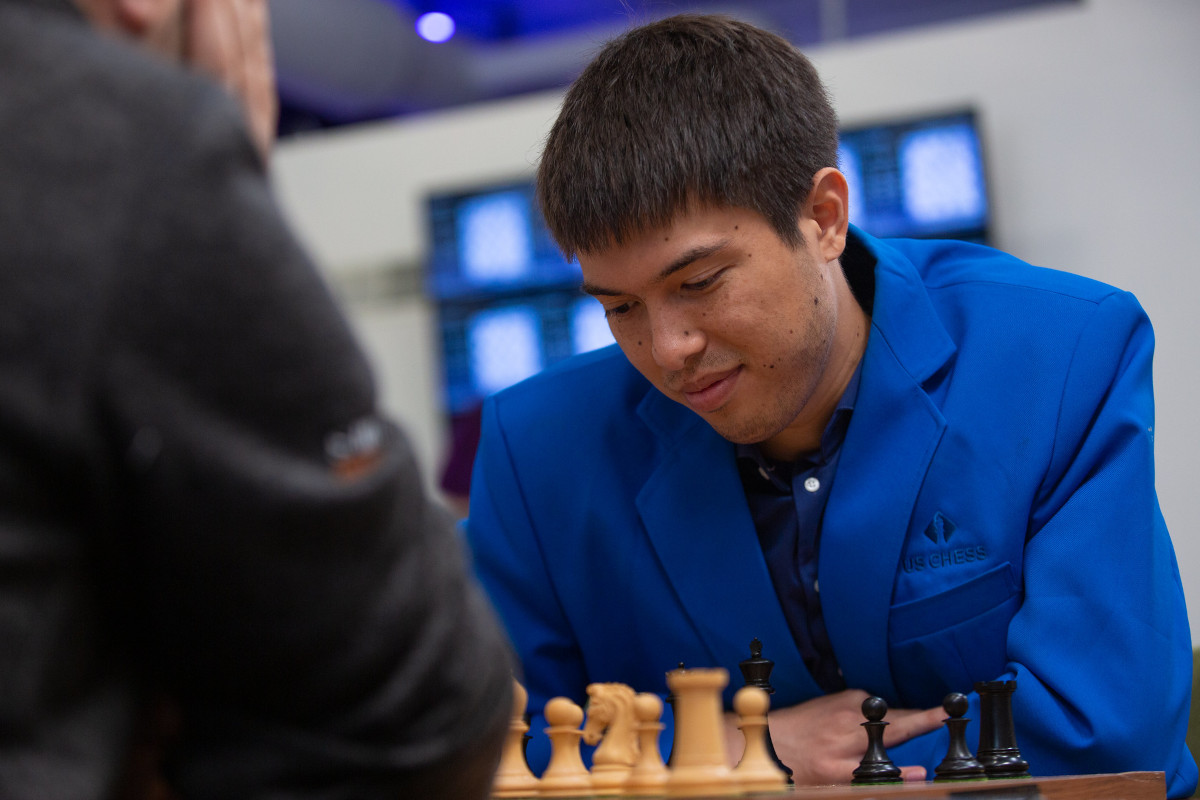 The other winner of the day was Jeffery Xiong, who had kicked off the event with seven straight draws. Xiong beat Christopher Yoo with black to join a 5-player group sharing third place on 4½/8. The Texan later quipped, “I guess it ruined my chance at thirteen draws”.

Xiong’s next rival will be Levon Aronian, who drew his game with white against Hans Niemann after playing 4.Ng5 out of an Italian Opening — i.e. a deviation from mainstream theory that might lead to an early sacrifice on f7 known as the Fried Liver Attack (or the Fegatello Attack).

Meanwhile, in the most crucial game for the standings, Fabiano Caruana held Sam Sevian to a draw with the black pieces. 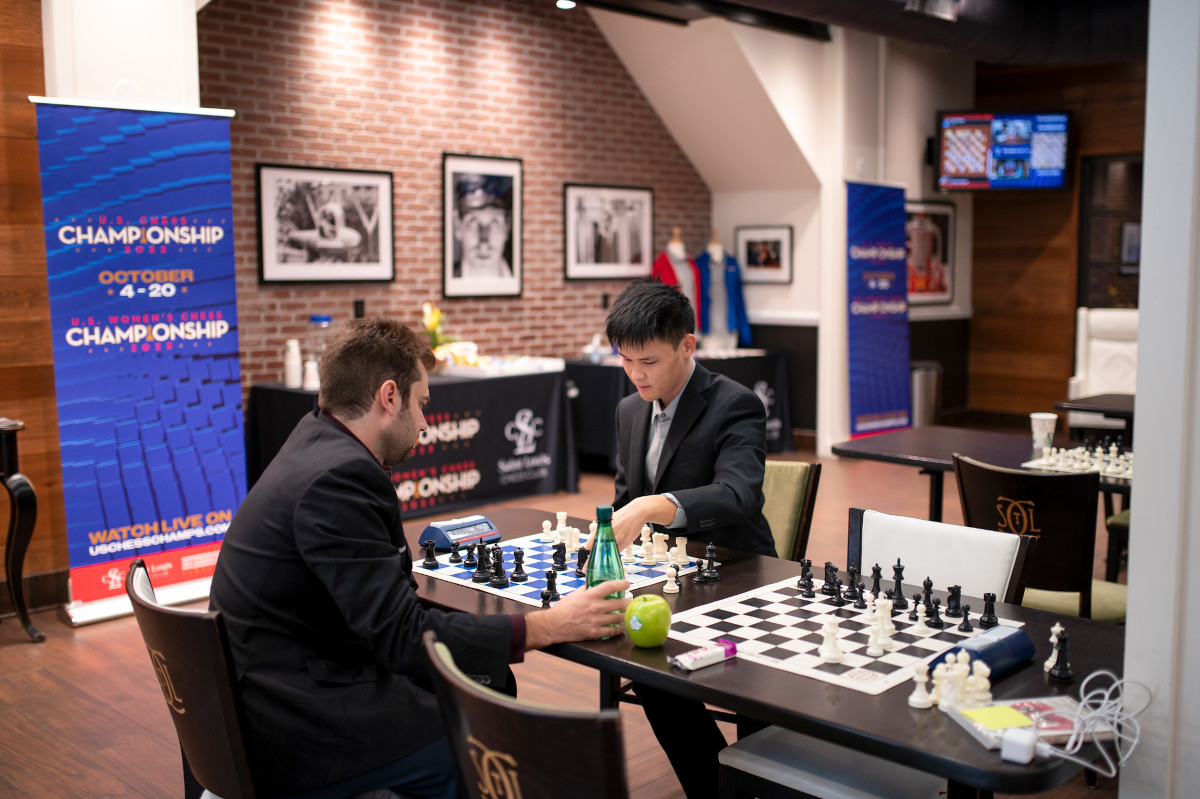 While a rather quieter day was seen in the open section compared to round-7’s lively display, the women’s tournament again saw five games ending decisively on Thursday. After all was said and done, Megan Lee emerged as the sole leader, with Irina Krush and Jennifer Yu now sharing second place a half point back.

Megan Lee, like Robson, scored a hat-trick following the first rest day (in rounds 6-8), and she achieved her third victory over a player who herself came from winning three games in a row: Ashritha Eswaran.

Lee intended to surprise her opponent out of a Sicilian Sveshnikov, but saw Eswaran all but blitzing out her moves until move 16. Eswaran was clearly in a fighting mood, as she gave up a pawn to keep White’s king in the centre. However, she failed to find a nice tactical shot on move 18.

Lee erred with 18.f3, since the pawn push allows 18…Nxd5, when 19.cxd5 fails to 19…Qh4+ 20.g3 Qb4+, and the queen infiltrates with decisive effect; while in case of 19.Qxd5, there is 19…Qf6, gaining a tempo against the rook on a1 and also preparing to infiltrate along the all-important dark-squared diagonal.

After missing this chance, Eswaran continued to look for attacking chances. Unfortunately for her, though, the knight sacrifice came a bit too late. By then, Lee had enough time to safeguard her king and simply continue the game with an extra piece.

21…Ne4 was played after a 14-minute reflection. Lee’s 22.fxe4 came shortly after, and Black’s attempt to create an attack via 22…f5 23.Kg2 fxe4 was calmly refuted by the new sole leader of the event. Eswaran resigned on move 42. 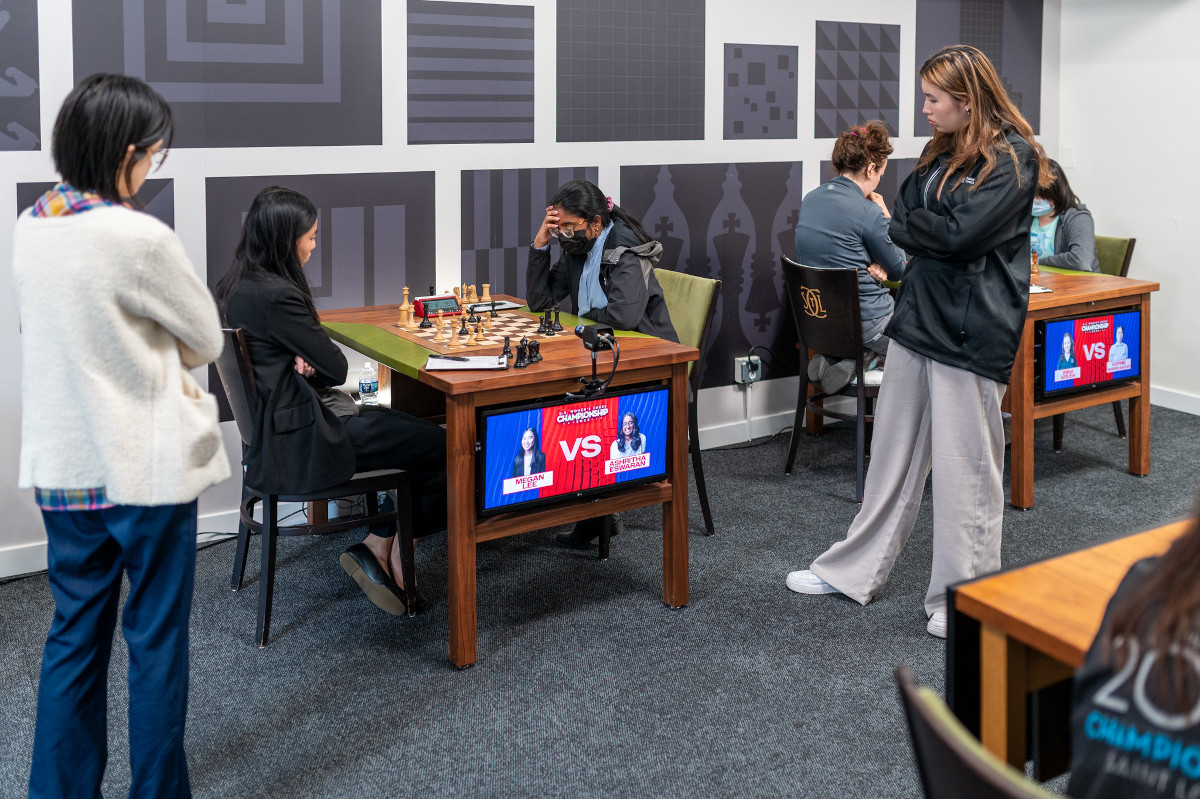 Alice Lee (on her 13th birthday!) and Jennifer Yu, who both won their games, following the encounter between Megan Lee and Asritha Eswaran | Photo: Crystall Fuller

Megan Lee had obtained a key victory over Jennifer Yu in round 7, but the latter immediately bounced back with a win over Rochelle Wu, a close friend of hers. Yu is now sharing second place with Irina Krush, who got some chances but could not defeat Sophie Morris-Susuki with the white pieces.

Krush’s rival in round 9 will be Alice Lee, who currently stands in sole fourth place on 5/8. Following her first loss of the tournament, against Wu, Lee defeated Nazi Paikidze to get back into the fight for first place.

Round 8 also saw Sabina Foisor and Thalia Cervantes scoring their first wins of the event. 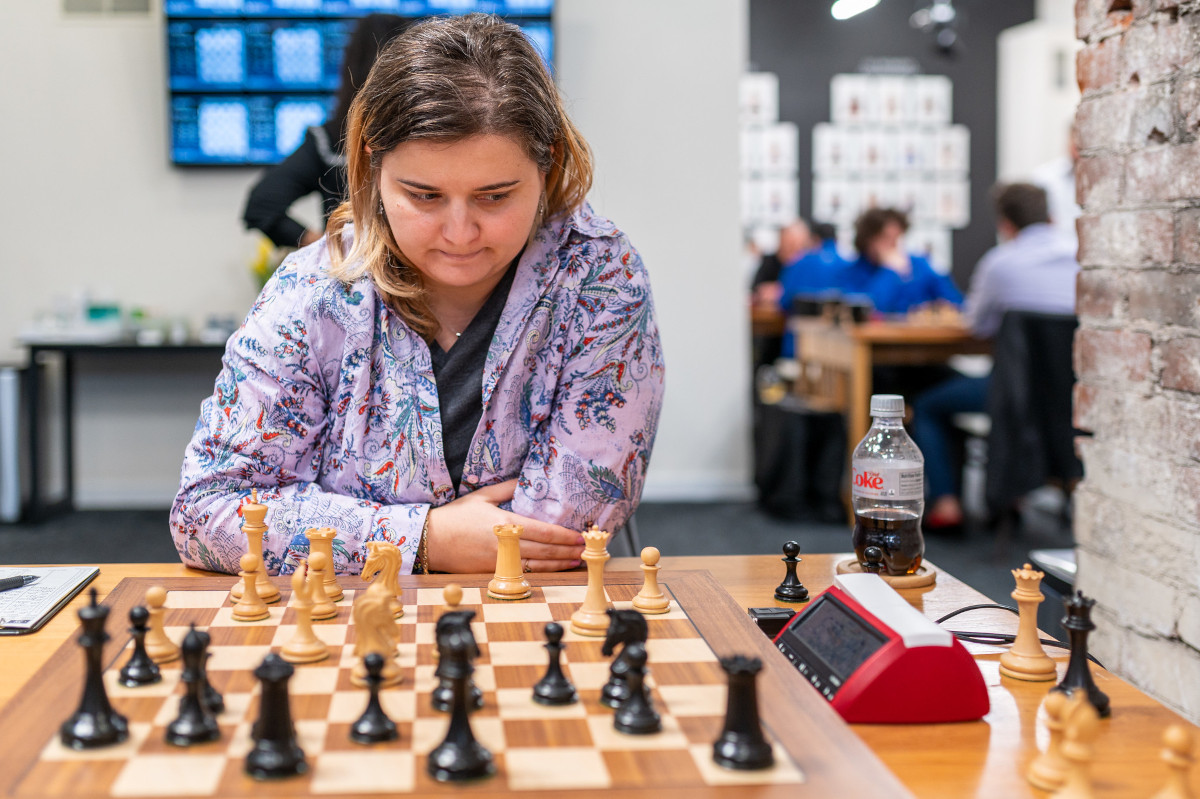 Funny Memes From Sandro Marcos Quote on Peso vs. Dollar

Funny Memes From Sandro Marcos Quote on Peso vs. Dollar

Biden and Putin trade warnings over Ukraine, but vow diplomacy