A letter to Alekhine | ChessBase

Alexander Alekhine, born on 19 October 1892 in Moscow, died on 24 March 1946 in Estoril, was the fourth world chess champion in history after Steinitz, Lasker and Capablanca.

Alexander Alekhine was the son of noble parents. His father was a Duma deputy, his mother the daughter of an industrialist. After the revolution, Alekhine managed to leave the Soviet Union by marrying Anneliese Rüegg, a Swiss woman, in 1922. The couple had a son and lived in Berlin for a while. Alekhine moved to France in 1927, while his wife returned to Switzerland with their child.

Alekhine met Grace Wishaar at a simultaneous match in Japan and married her in 1934. She was 16 years older than him. She had inherited a lot of money from her late husband and bought a castle in northern France, where the Alekhine couple lived until the Nazi occupation of France.

At the beginning of the Second World War, Alekhine, with his good language skills, had served in the intelligence department of the French army. After the capitulation, however, he allowed himself to be appropriated by the Nazis, had close contact with the Nazi bigwig Hans Frank, who was a chess lover, and took part in tournaments in occupied Poland and Czechoslovakia, among other places. In addition, Alekhine published articles on ‘Jewish and Aryan chess’. Alekhine would have liked to emigrate to America, which prompted him to move to Portugal at the end of the war, perhaps to find an opportunity for a crossing there.

Even before the war, Mikhail Botvinnik had held negotiations with Alekhine about defending his title and continued the contact after the end of the war. Alekhine wanted to play the match against Botvinnik. England was ready to host the match.

But then Alekhine was found dead in mysterious circumstances in Estoril on 24 March 1946. There are some inconsistencies in the accounts of his death, which fuelled many a conspiracy theory. Had agents of the Mossad or the French Resistance killed Alekhine? Or perhaps enemies of Botvinnik from the Russian Secret Service who wanted to prevent a match between Botvinnik and Alekhine? Or had Alekhine committed suicide?

Alekhine’s body was transferred from Estoril to Paris in 1956, where he was finally buried on the Cimetière du Montparnasse. FIDE erected an honorary tombstone for him.

Alekhine’s life was overshadowed by political events in Europe. The Russian Revolution, the First World War and the Second World War had an immense impact on his life.

No matter how one may judge his personality, he was one of the best chess players in history. Moreover, his achievements at the chessboard emanate to this day. 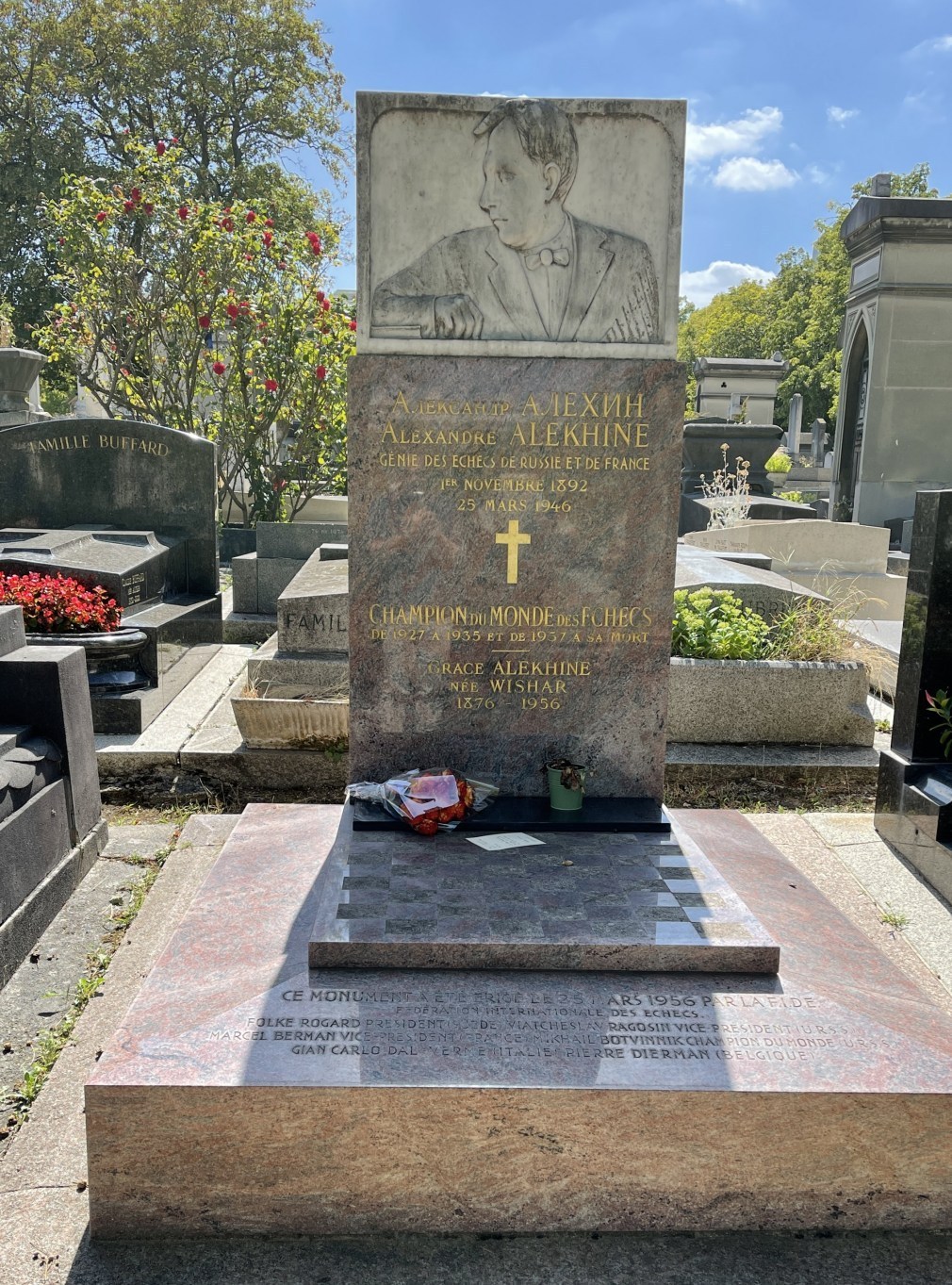 Chess enthusiast Ludger Bröring (SF Lohne) was in Paris with his family in August and visited Alekhine’s grave. There he found the letter of a young fan deposited on the grave site — one that warms the heart. 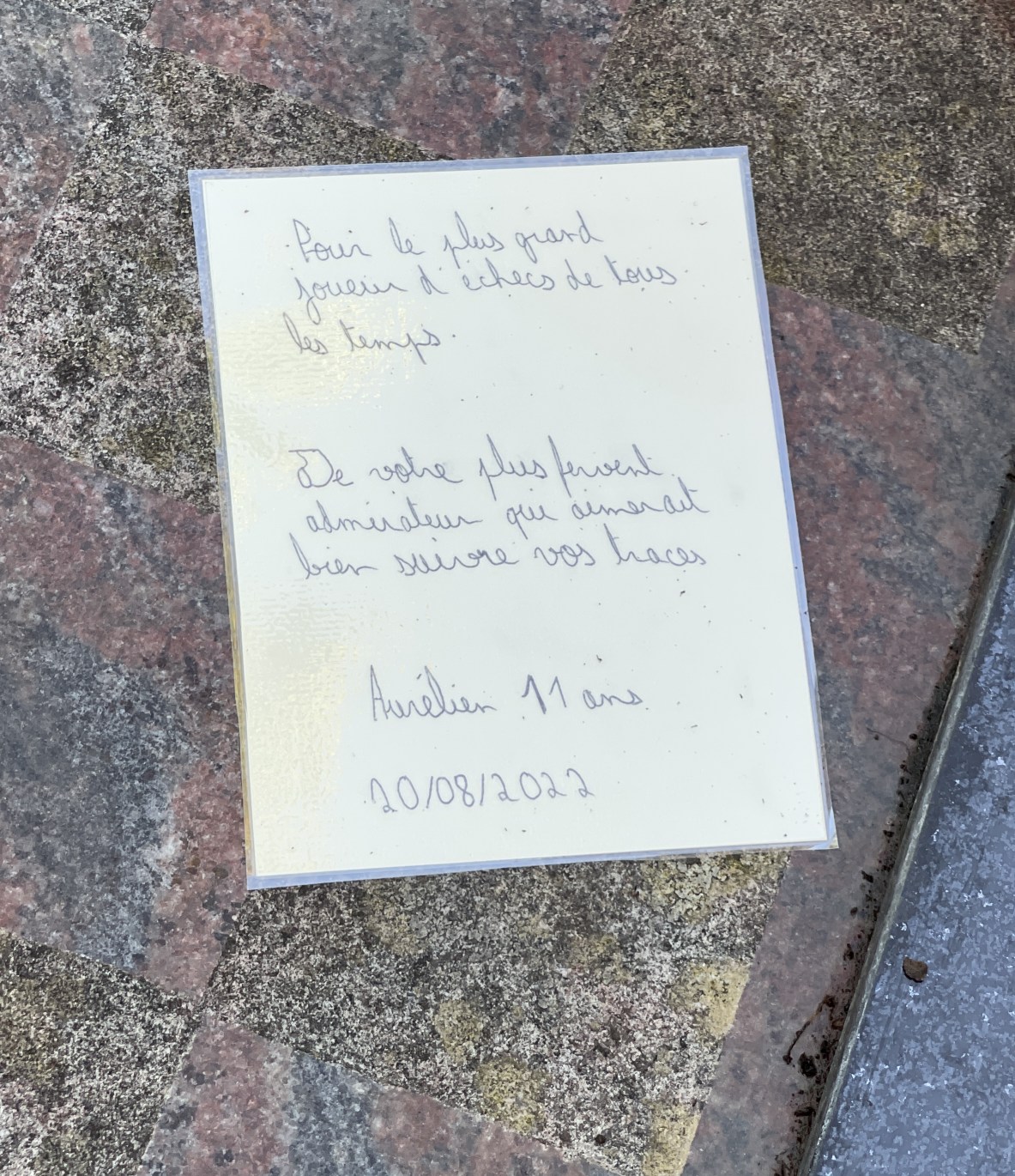 For the greatest chess player of all time. From your most ardent admirer who would love to follow in your footsteps.

Mandela Effect Quiz: Do You Know the Correct Logo?

Why This Happens and What to Do