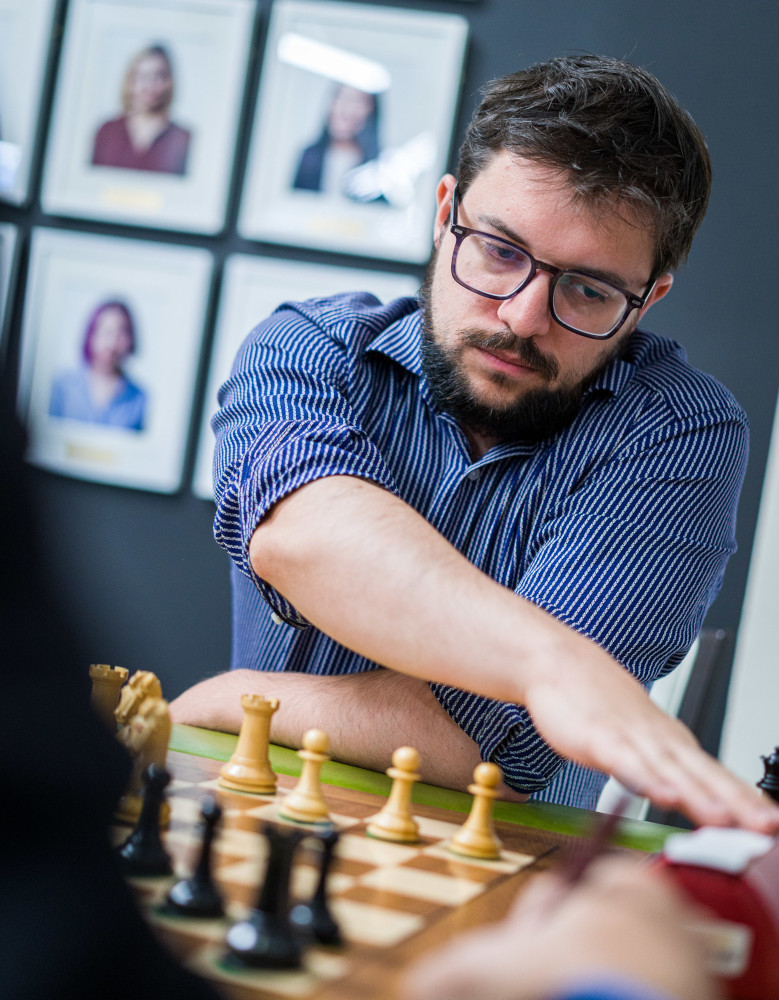 Now that online and rapid-play tournaments have become more frequent in the elite circuit, the long-standing discussion regarding the appeal, or lack thereof, of classical chess has somewhat left the limelight. Aside from the infamous line of the Berlin that leads to an almost instantaneous repetition, endgames arising from ‘boring’ openings have become an oft-seen battleground in these events. And they provide their fair share of entertainment value.

Given this trend, technical competence has become more of a noticeable asset among grandmasters — not that masters of the past were not strong in this area, but there were less prone to play out positions that were, perhaps too hastily, considered to be ‘dead drawn’.

In round 2 of the Sinquefield Cup, Hans Niemann and Ian Nepomniachtchi showcased technical dexterity to convert their superior positions against Shakhriyar Mamedyarov and Alireza Firouzja, respectively. While Nepo entered a rook endgame rather quickly, Niemann’s game featured a tactical middlegame phase.

Out of a theoretical line in the English Opening, Mamedyarov was the first one to deviate, entering sharp terrain which saw both players spending quite a bit of time early on. Niemann, in fact, spent over 70 minutes between moves 14 and 17, as he evaluated the consequences of sacrificing an exchange for a pawn and the bishop pair in a double-edged position.

It was time well spent: soon after, Shakh, who had not looked at the position as carefully, made a positional error, which allowed Niemann to get the upper hand.

White has both a spatial advantage and the initiative — Black’s material edge is not so relevant here, as the white bishop pair is more active than the black rooks. On the other hand, White’s king is rather vulnerable. That is why 20…d6 (or 20…d5) was the way to go for Mamedyarov here, opening up the position and creating a tactical struggle in which he will get to create dangerous threats against the opposite king.

His 20…a5 also intends to create breakthrough possibilities on the queenside, but is not as impetuous. Niemann did not take long to grab Black’s a-pawn, while Shakh saw it necessary to return the exchange in order to create counterchances.

25…Rxb4 26.Bxb4 Rxb4+ 27.Kc3 followed, and White was simply left a pawn to the good in a somewhat simplified position with queens, bishops and rooks still on the board.

Niemann began to up the pressure and managed to increase his advantage as rooks and bishops left the board soon after. By move 35, the US grandmaster had a winning queen endgame, but he also had 35 seconds to make his last five moves before reaching the time control (30-second increments are in place from the first move in the tournament).

The youngster did not falter despite the time trouble, pushed his c-file passer down the board, and saw his opponent resigning the game in the following position.

In queen endgames, having the more advanced passer is a crucial factor. 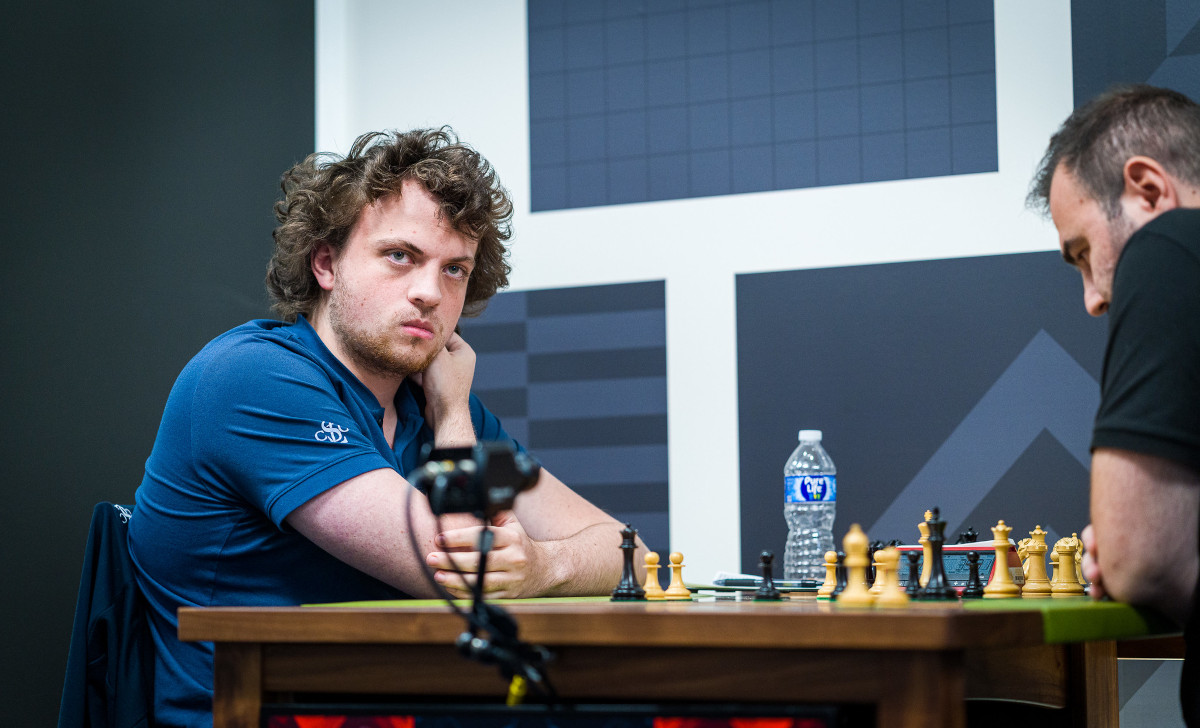 Perhaps the most anticipated game of the day saw Nepomniachtchi and Firouzja simplifying into a rook endgame by move 23. The position arose from the Catalan Opening.

Nepo placed his rooks on the two open files with 24.Rfd1, and went on to try to prove that Black’s advanced central pawns are more a weakness than an asset for his young rival.

In typical style, the Russian made quick decisions from this point on, as he showcased excellent technique to increase the pressure from his slightly superior position. By move 43, he was completely winning, with a mighty pawn centre advancing down the board supported by the king.

43.Kd5 prioritizes activity over material — but at this point this was already a trivial choice for the World Championship challenger, who got the win seven moves later. 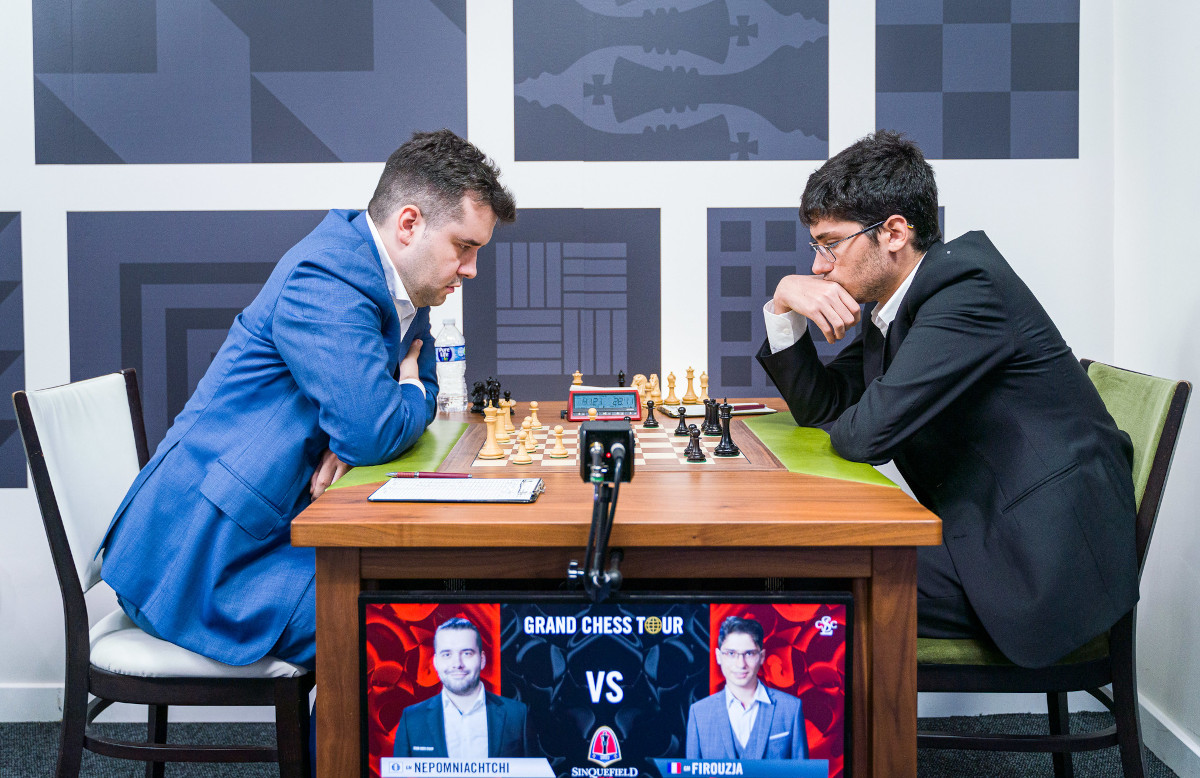 After drawing Firouzja with black in a tough first-round pairing, Fabiano Caruana failed to find a winning manoeuvre in his game with white against Leinier Dominguez.

Ideas connected to Nh6+ are extremely difficult to deal with, while the white king can find refuge on a2 if Black begins to give checks with the queen.

None of this happened, though, as Caruana played 27.Qe4 in the first diagrammed position. The Italo-American star missed more winning chances later on, as Dominugez was lucky to keep his fifty-percent score going into round 3 — on Sunday, Dominguez will play Nepo with white, while Caruana will have the black pieces against Wesley So. 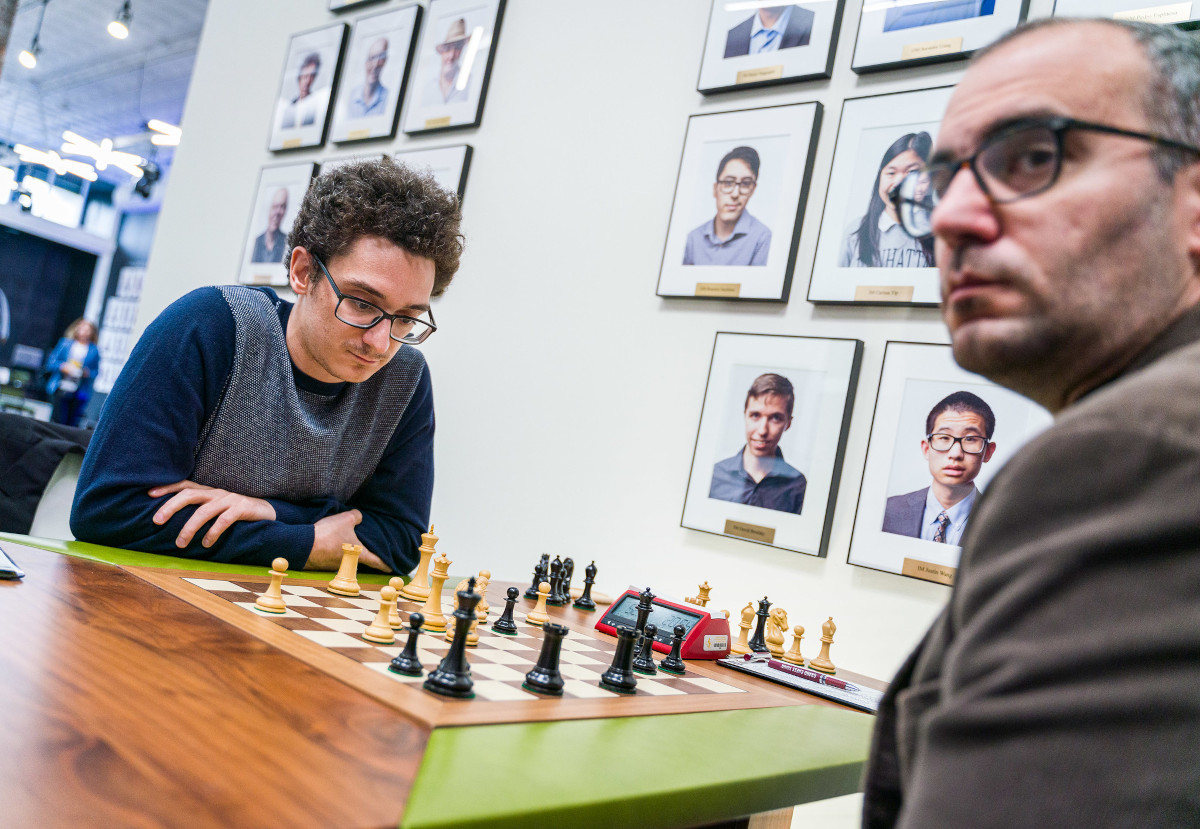