The final event of the 2022 Grand Chess Tour

As the only remaining destination to be part of every Grand Chess Tour since its first edition in 2015, the Sinquefield Cup continues to be an essential element of the GCT circuit.

Sponsored by the Saint Louis Chess Club annually in the America’s chess capital of Saint Louis, the Sinquefield Cup continues its tradition of classical format that will conclude the 2022 Grand Chess Tour. As the ending tour stop, this will be the final opportunity for competitors to earn points for a chance to be crowned champion of the entire Grand Chess Tour.

The final stop on this year’s tour will feature eight full tour players and two wildcards — i.e. world champion Magnus Carlsen and US rising star Hans Niemann, who stepped in after Richard Rapport had to withdraw.

An extra $175,000 will be awarded to the three top-ranked players in the tour standings ($100k, $50k and $25k for first, second and third, respectively). In case of a tie for first place in the overall standings, a GCT playoff will take place on September 12.

After four tournaments of the series have been completed, Maxime Vachier-Lagrave is leading the tour standings with 26½ points. Alireza Firouzja stands close behind, with 25½ points to his name.

The confirmed field for the 2022 Sinquefield Cup: 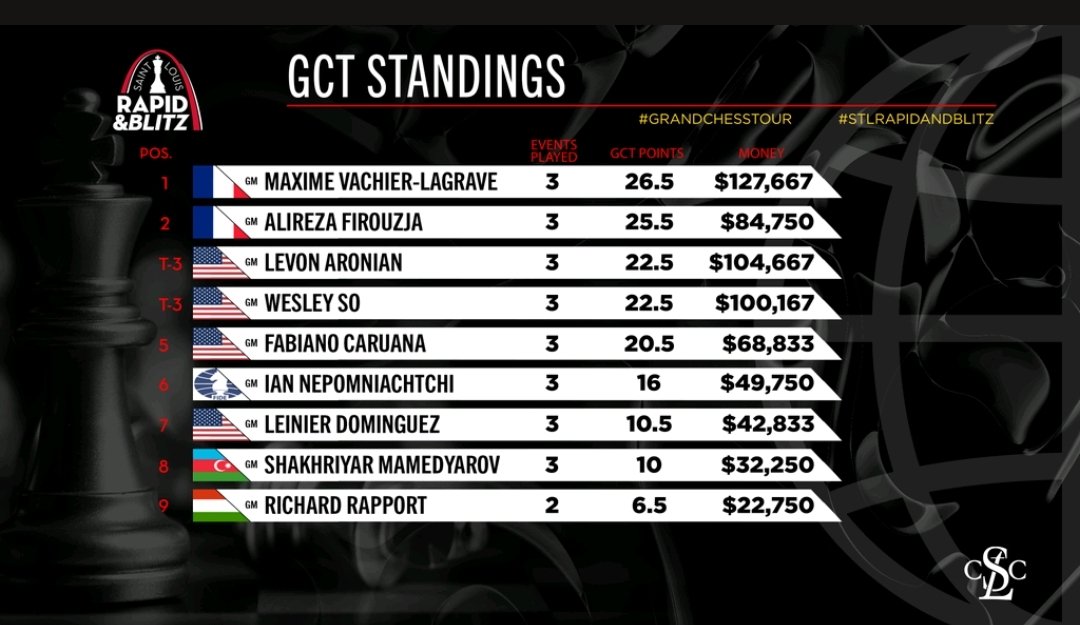