Armageddon, The Most Dramatic Tournament Series in Chess

LONDON, United Kingdom — World Chess, a global gaming company, launches Armageddon, a chess tournament series where players compete under immense time pressure in blitz and Armageddon time controls. The series consists of online qualifiers, over-the-board semi-finals, and The Grand Finale. All over-the-board events will take place in the spectacular Armageddon Studio in the heart of Berlin.

The Series will start in October 2022 with online qualifiers, the Grand Finale will take place in June 2023. This is the annual Series, and this is the inaugural edition. 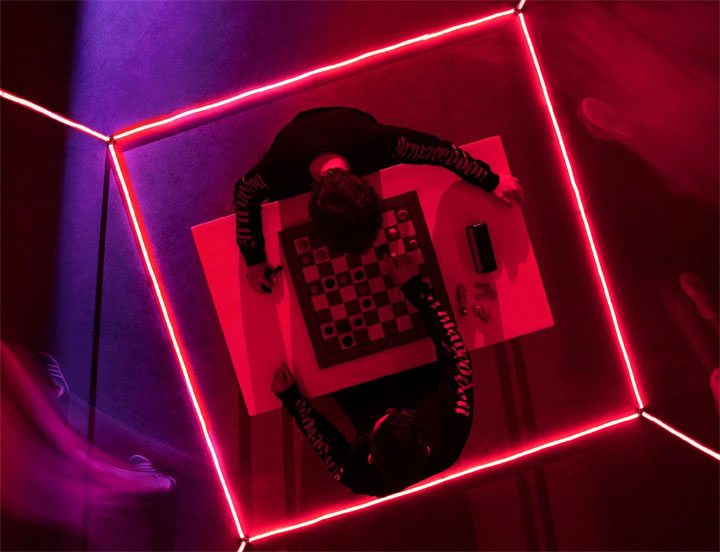 Chess fans will admire the new format: one-hour shows packed with super-fast chess, play-by-play announcers, sideline coverage, and interactive elements, such as display of the players’ stress level, heartbeat data, calorie count and other innovative content. The Series is developed for television and will be broadcast live on TV and online.

Smartly named after the Biblical site of a final and conclusive battle between the forces of good and evil, Armageddon is the most dramatic time control in chess: Black has less time on the clock but a draw is enough for Black to win the match. The Armageddon Series will feature both blitz and Armageddon time control matches.

One of the most exciting features of the Armageddon Series is that anyone can join and qualify online for the over-the-board events. The Series will no doubt help discover new names in chess among those who grew up playing chess online and have become so good that they can stand ground against the strongest grandmasters in the world. 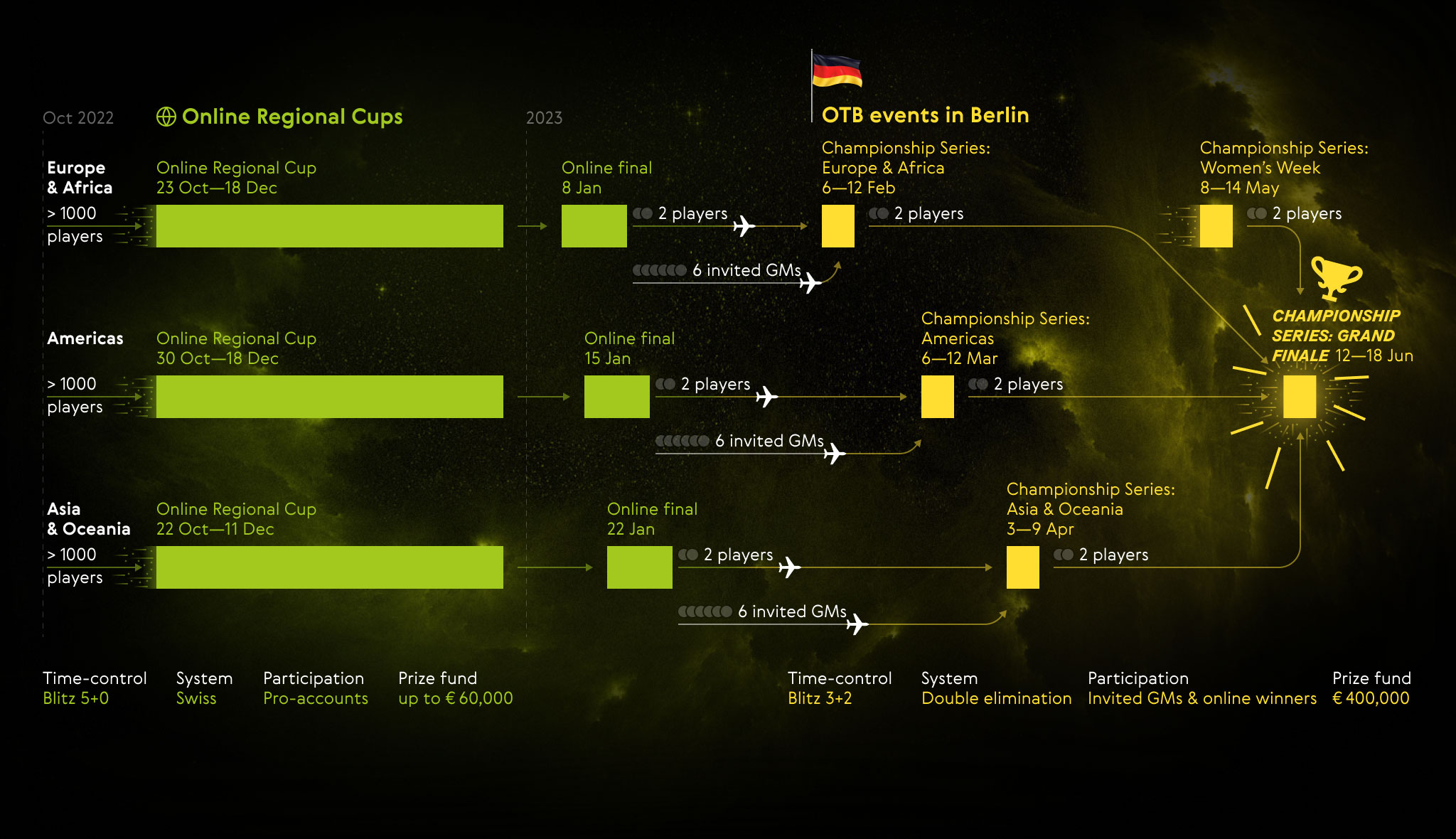 Over-the-board stage, to be held in Berlin, will feature 3 regional qualifiers as well as Armageddon Women’s Week. Two winners of each event will qualify for the Grand Finale. The Prize Fund for the final is 200,000 EUR, and the combined prize fund of the Series is 460,000 EUR.

For fans, the Series means seven weeks of action-packed chess broadcasts with never-seen-before graphics and biometric data, free to watch on worldchess.com and on sports networks around the world.

Ilya Merenzon, CEO of World Chess, says: “Having organized so many FIDE World Championship Matches, we’ve been developing an ultimate chess tournament format that can take the sport to a new level of exposure, and that means that chess has to become a spectator sport. Armageddon is a perfect format, and the combination of charismatic chess players, hair-raising time controls, and infographics makes the Series a must-watch”.

“We are also also inviting everyone to join the Series and legalize the skills they acquired by playing chess online for ages — all participants will play on the official FIDE gaming platform (chessarena.com) and will acquire official Arena rating recognized by FIDE as well as FIDE profile,” adds Merenzon.

The Old Grove Farmstead (My Birthday)