The perfect result: 6 out of 6 in Chennai


Dommajaru Gukesh is playing on home turf at the Chess Olympiad as he was born in Chennai on 29 May 2006. In 2018, he won the World Youth Championship U12 and at the age of 12 years, 7 months and 17 days, he became a Grandmaster – at that time, and after Sergey Karjakin, the second youngest Grandmaster ever.

Gukesh does not only score, he is also scoring convinvingly. In round 4 he showed his tactical skills and his feeling for dynamics.

At the start of the Olympiad Gukesh had an Elo rating of 2684, but on the live ranking list he now already has 2719.3 points, making him the second best junior in the world – behind Alireza Firouzja – and putting him on place 27 in world rankings. 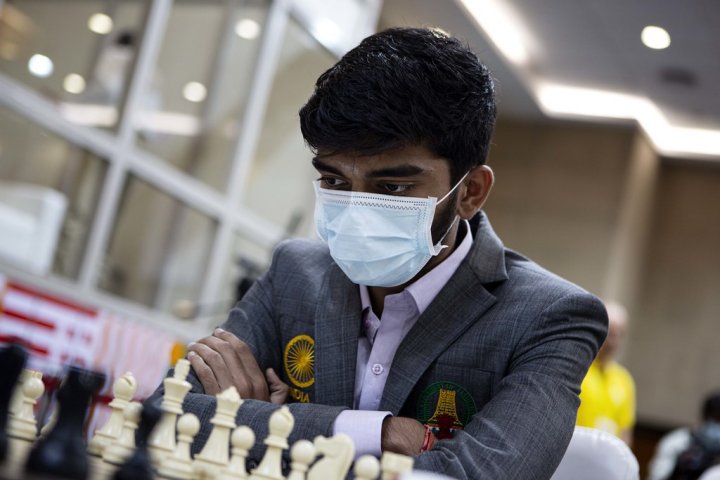 So far the most successful player in Chennai: Dommajaru Gukesh | Photo: Madelene Belinki

Gukesh’s games from rounds 1 to 6

Less well-known than Gukesh is Kazybek Nogerbek, born in 2004, who plays on board 5 for Kazakhstan. Nogerbek started the Olympiad with an Elo rating of 2437, but comes to Elo-performance of 2865.

In the first six rounds in Chennai, Nogerbek had only one really strong opponent, which he, however, outplayed convincingly.

Nogerbek’s ganes from rounds 1 to 6

In the Women’s Olympiad only one player has 6 out of 6: Oliwia Kiolbasa, Poland’s board three. Kiolbasa was born on 26 April 2000 in Augustow and in 2016 she became a WIM. But her biggest success so far was third place in the 2021 European Women’s Championship.

At the start of the Chess Olympiad, Kiolbasa had an Elo rating of 2376, but her current Elo- performance in Chennai is 2952.

In round 4 Kiolbase showed her feeling for dynamics when playing against Machteld Van Foreest from the Netherlands.

Kiolbasa’s games from rounds 1 to 6

It will be interesting to see how long the winning streaks of Gukesh, Nogerbek and Kiolbasa will continue. They are impressive in any case.

A selection of brilliancies: Spassky faces the Sicilian