While Gukesh kept his perfect score in the open section (more on that below), the Indian women’s team collected a crucial victory to grab the sole lead in the women’s tournament. The locals — and rating favourites — scored two wins with white and drew their black games to keep their undefeated run in Chennai.

The wins were obtained by team leader Humpy Koneru and Rameshbabu Vaishali, Praggnanandhaa’s sister. Importantly, the local squad defeated Georgia, a strong contender for the title. The Georgians had grabbed bronze medals in 2018 with four of the five players representing the team this year, while two of them — Nana Dzagnidze and Lela Javakhishvili — were part of the squad that won the event back in 2008.

Romania and Ukraine drew on the second board, while Azerbaijan defeated Kazakhstan on board 3, which means Romania and Azerbaijan are now sharing second place a point behind the leaders. The Azerbaijanis, led by Gunay Mammadzada, will get a chance to stop the Indians’ winning streak in Friday’s seventh round.

India’s Vaishali, aged 21, found an impressive resource to get an advantage against Javakhishvili in the middlegame.

Black’s 16…Nb7 was a blunder, but there is only one move that punishes the mistake. After thinking for a half hour, Vaishali played it — 17.b4 gives up the exchange on a1 to gain full control of Black’s hapless minor pieces on the queenside.

There followed 17…Bxa1 18.Qxa1 Qe7 19.b5, and White was in the driver’s seat. Pragg’s sister continued to play brilliantly in the remainder of the game, and was rewarded with a full point when her opponent resigned on move 36. 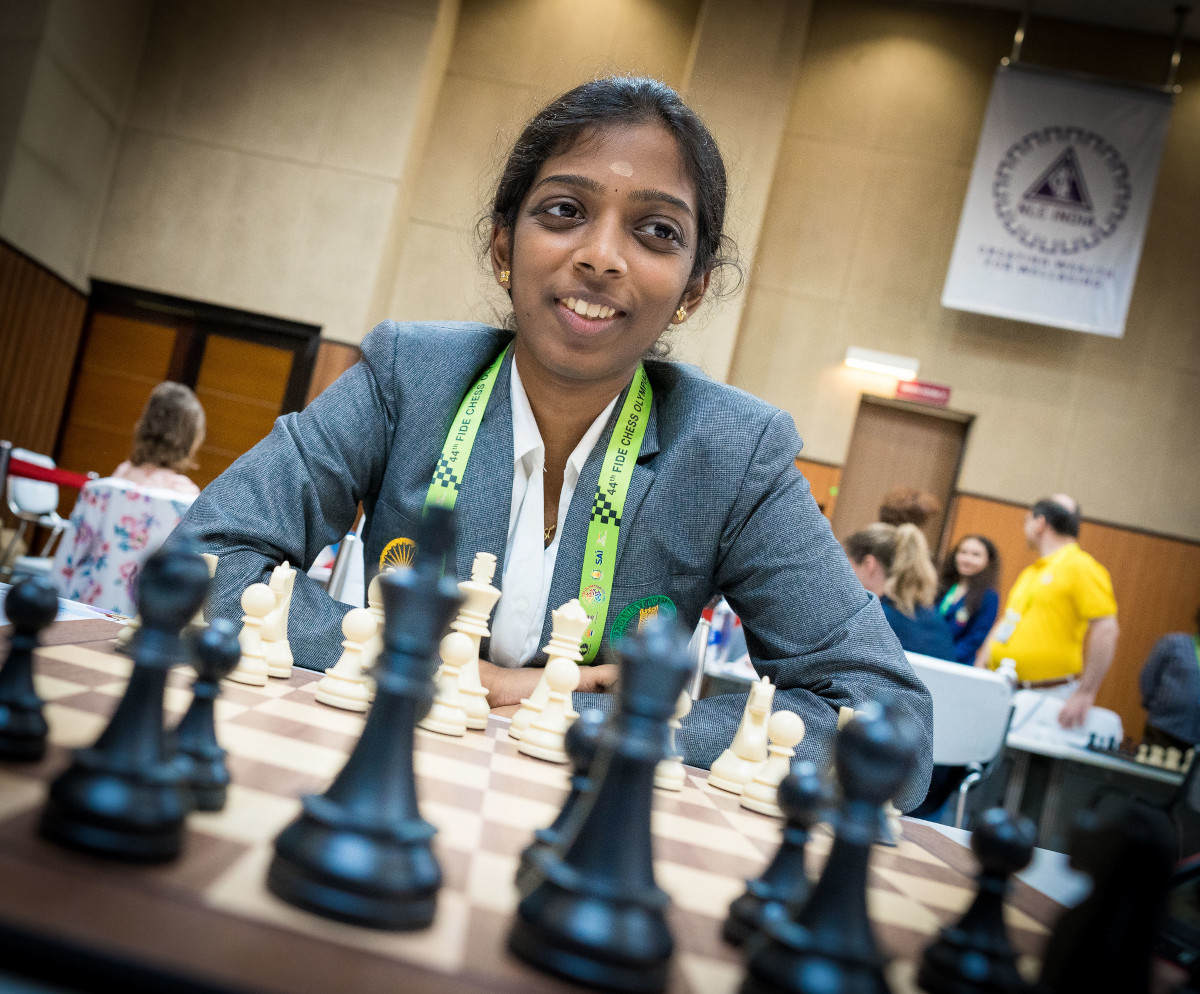 In the match between Romania and Ukraine, draws were seen on boards 1 and 3 while Anna Muzychuk defeated Mihaela Sandu with white on the second board. As the confrontation progressed, Ukraine seemed to be heading to a win, as Yuliia Osmak had things under control in an equal endgame against Miruna-Daria Lehaci.

But the Ukrainian fell for a tactical trap on move 67.

White’s king has four escaping squares and only one of them is taboo. As fate would have it, instead of going to the f-file, Osmak erred with 67.Kd1. Lehaci apparently had seen the combination beforehand as she quickly entered the forced sequence 67…Re1+ 68.Kc2 Rc1+ 69.Kb3 (protecting the knight) Rc3+, and White is lost.

70.Kb2 Rxc4, and Black is a piece up while keeping the passer on the second rank. White cannot capture on c4 as the rook is protecting the d1 promotion square. Osmak resigned after 71.Rxc4 d1Q. 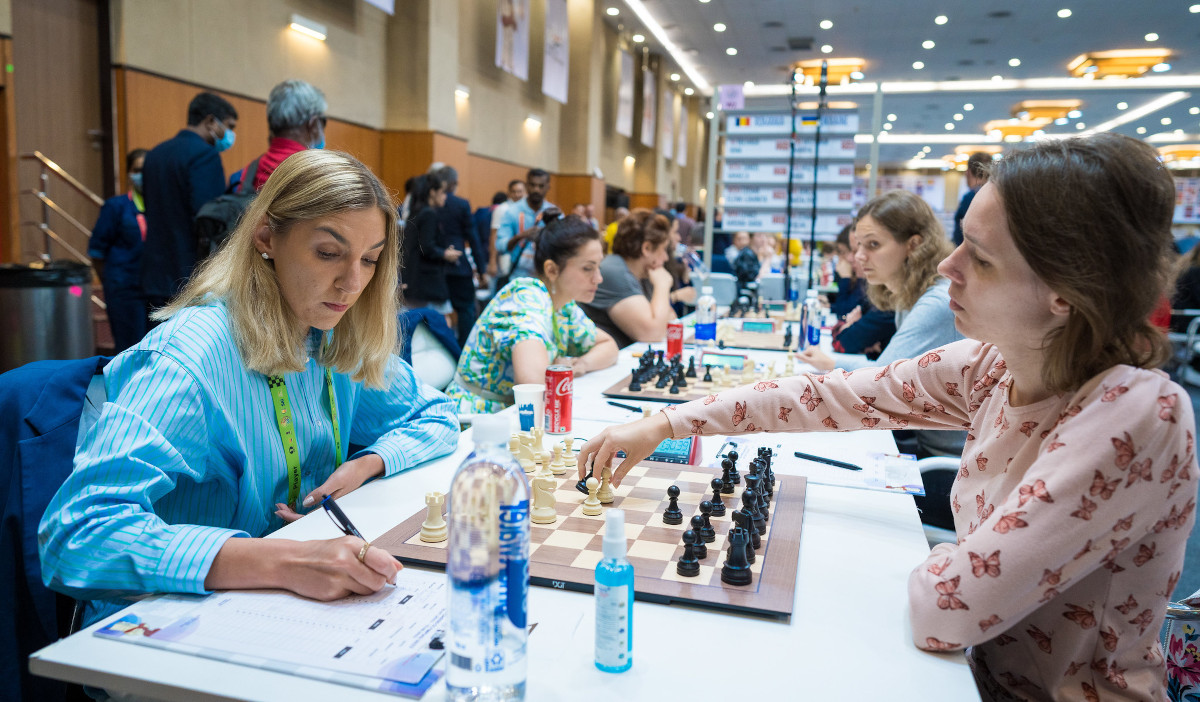 Romania versus Ukraine, with Irina Bulmaga facing Mariya Muzychuk on the first board | Photo: Lennart Ootes

Two women’s squads scored remarkable upsets in round 6 to join an 8-team pack standing two points behind the leaders. The Netherlands (17th seeds) defeated France (5th), while Israel (19th) got the better of Germany (8th), both by a 3-1 score.

For those wondering, Machteld is Jorden and Lucas’ younger sister. In fact, their father taught her and all five of her brothers how to play chess at a young age. Machteld’s twin brother Nanne also plays competitively. 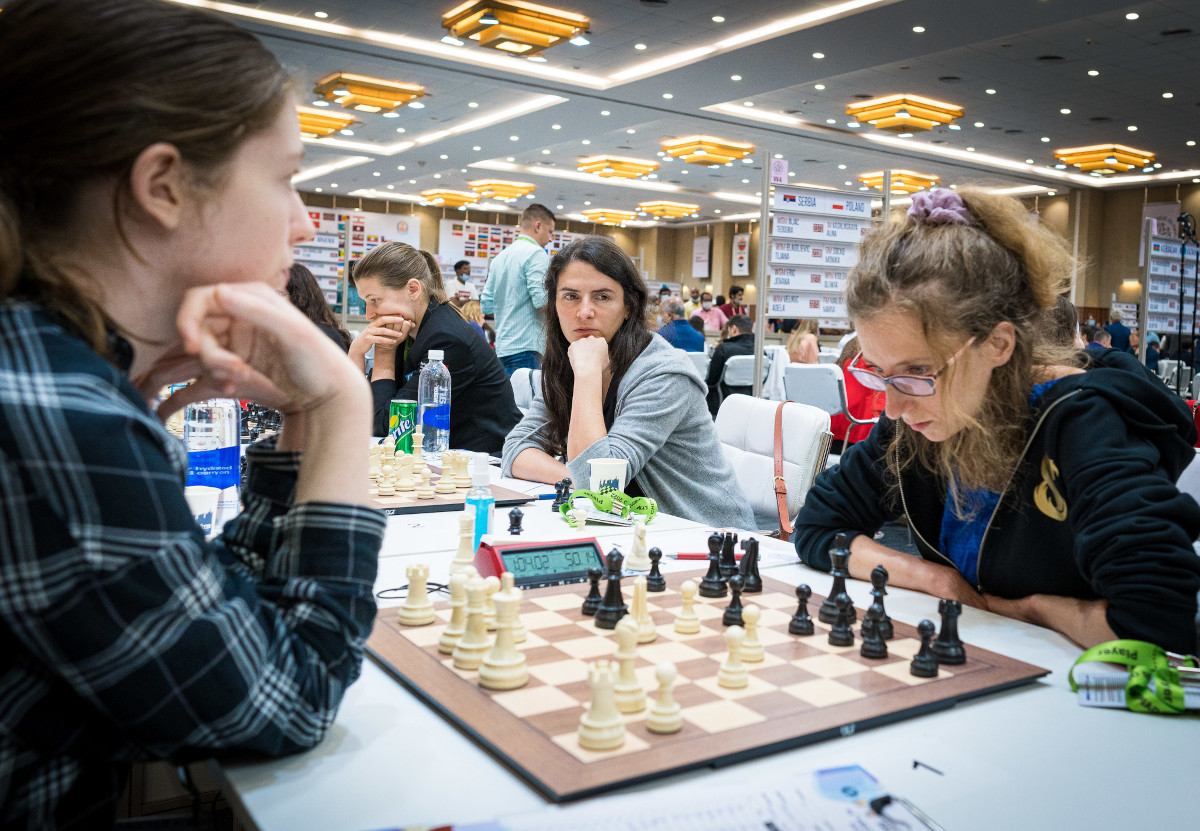 Meanwhile, Israel beat Germany thanks to wins by Dina Belenkaya and Michal Lahav on boards 2 and 3. The latter correctly gave up an exchange to keep her queenside attack going against Dinara Wagner.

White’s marvellous bishops on c3 and d3 are enough justification to play 24.g4 here, allowing 24…Bxh1. Lahav continued to push her kingside pawns to open lines against the black king, and ended up collecting a crucial 40-move win. 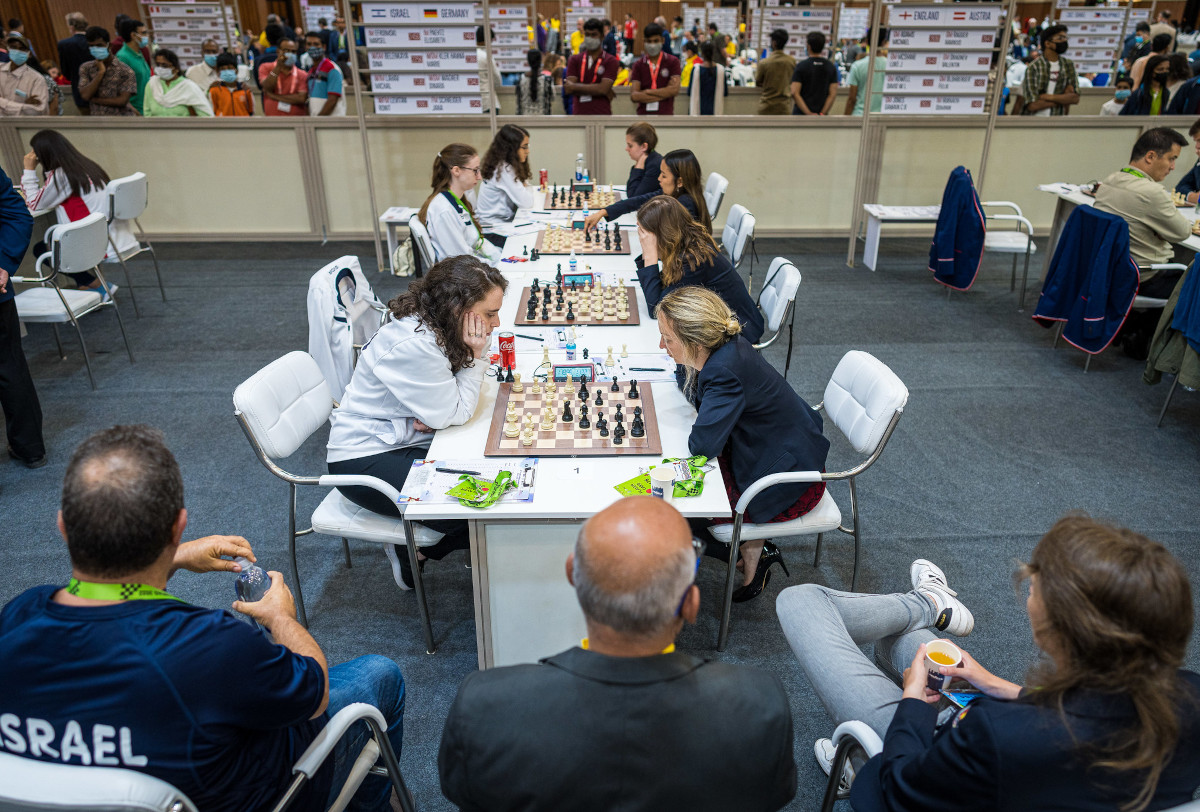 Former co-leaders Armenia and India 2 were paired up against each other in round 6. The young Indian squad, naturally, fielded the in-form Gukesh on top board, and yet again the prodigious 16-year-old delivered — he defeated Gabriel Sargissian with white to go into the rest day with a perfect 6/6 score and a live rating of 2619.3 Elo points!

The youngster played his usual brand of creative chess to beat his experienced opponent.

Black is already in deep trouble, and things got from bad to worse once Gukesh uncorked the forcing 25.Bxb4, making way for his queen to transfer to the g-file along the second rank. There followed 25…Qxb4 26.Qg2 Qe4+ (what else?) 27.Qxe4 fxe4 28.e7 — the point.

28…Re8 29.Rg8+ Rxg8 30.Rxg8+ Kxg8 31.e8Q and White needed ten more moves to prove that his newly promoted queen is much stronger than Black’s rook and bishop in such an open position. 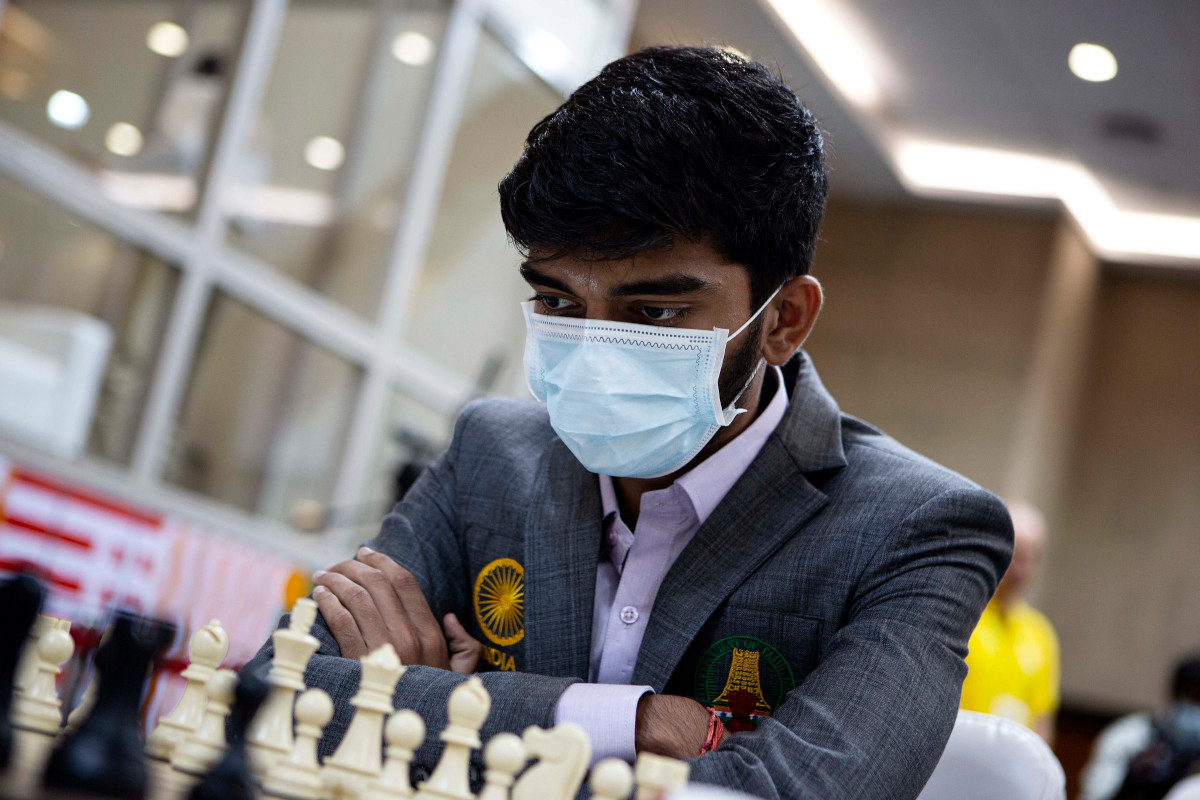 The (16-yer-old) man of the hour — Gukesh | Photo: Madelene Belinki

But the fighting Armenians hit back with wins on boards 3 and 4 to grab match victory. Samvel Ter-Sahakyan defeated Adhiban with white, while Robert Hovhannisyan got the better of Raunak Sadhwani with the black pieces.

Ter-Sahakyan showcased excellent technical understanding to convert his extra pawn into a victory in a minor-piece endgame.

32…Bc3 is the most precise here, as it all but forces 33.Kf1 Bxf1 34.Nxh3 gxh3, and Black has a clean path towards victory in the good knight versus bad bishop ensuing ending.

It has so far been an impressive showing by the team from the Caucasus. The Armenians have demonstrated the value of having a well-balanced team — their reserve player, Hovhannisyan, who is also the lowest-rated player in the lineup, is the only member of the team who has been fielded in all six rounds, and he has the best score in the team, with 5 out of 6 points.

Armenia will face a tough task after the rest day, though, as they are paired up against the favourites from the United States, who currently stand in sole second place. We will soon find out whether Armenian-born Levon Aronian will be included in the Americans’ lineup. 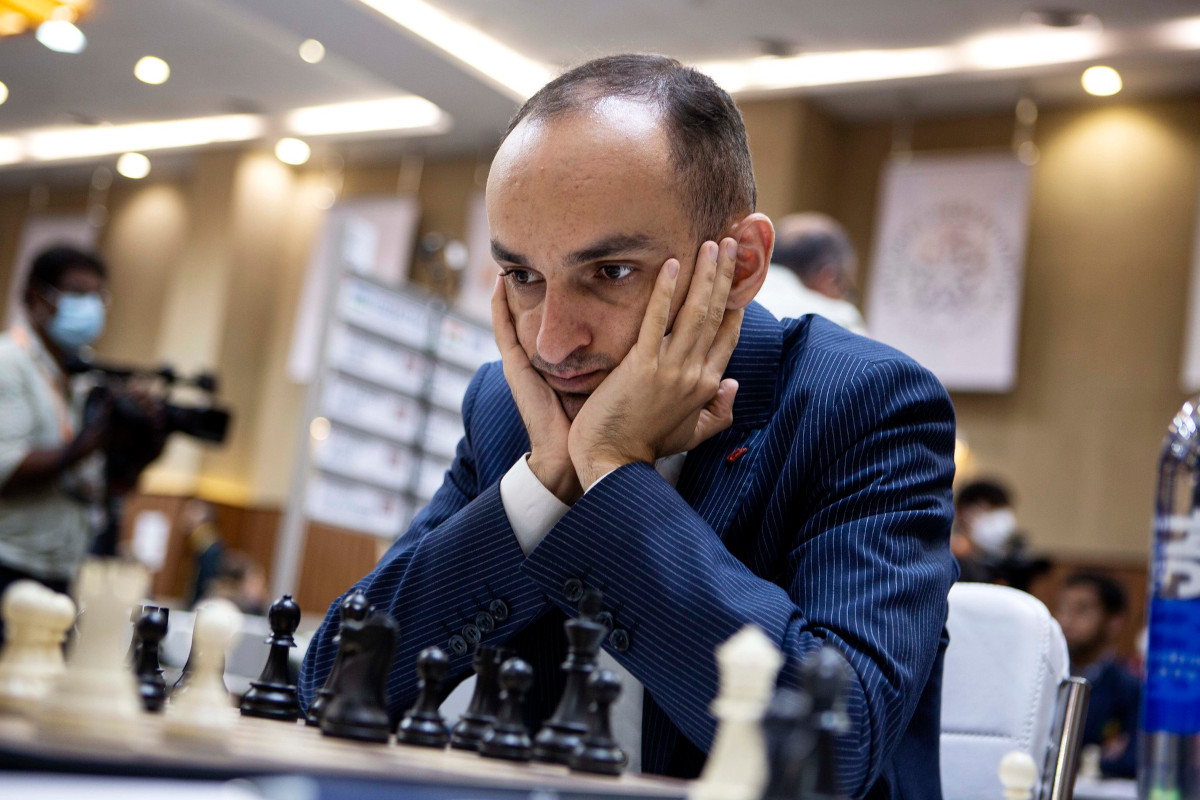 For a second day in a row, long-time US team captain John Donaldson included the four highest-rated players in the team’s lineup — all rated 2754 or above! And for a second consecutive day they got a 2½-1½ victory after scoring three draws and a win.

The team’s hero on Wednesday was Fabiano Caruana, who beat the ever-dangerous Parham Maghsoodloo with the white pieces. Cautious play by the US players was the rule in the remaining three boards, as they apparently (and correctly) assessed that the Iranian players are capable of emerging on top in complex tactical struggles.

In the one decisive game, the Americans’ top board, in trademark style, combined excellent calculation with a fine-tuned intuitive feel to outplay Maghsoodloo in a position with castling on opposite sides. By move 44, the Iranian was completely lost. 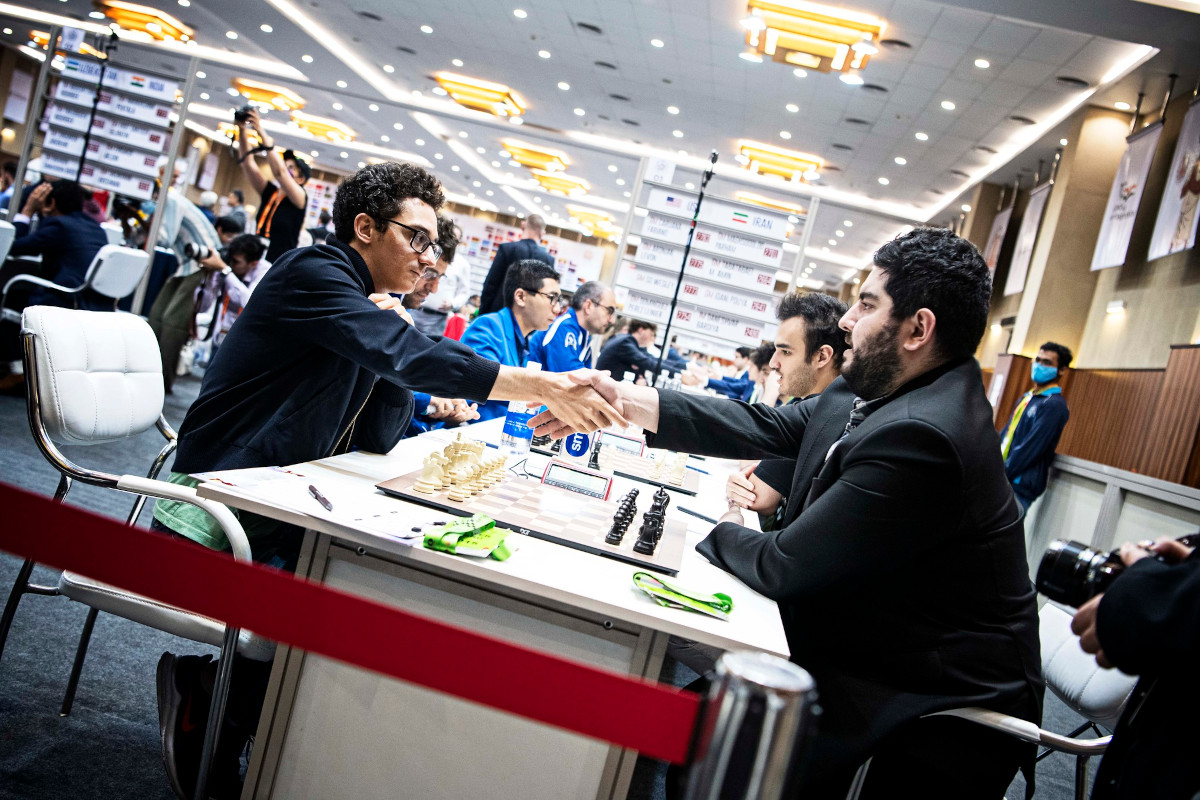 The match is about to begin | Photo: Stev Bonhage

Armenia is leading the United States by a single point, while no fewer than eleven teams stand a point behind the Americans. Cuba, Kazakhstan and Peru are the lowest-rated squads in this group. Here we present other noteworthy results from round 6: 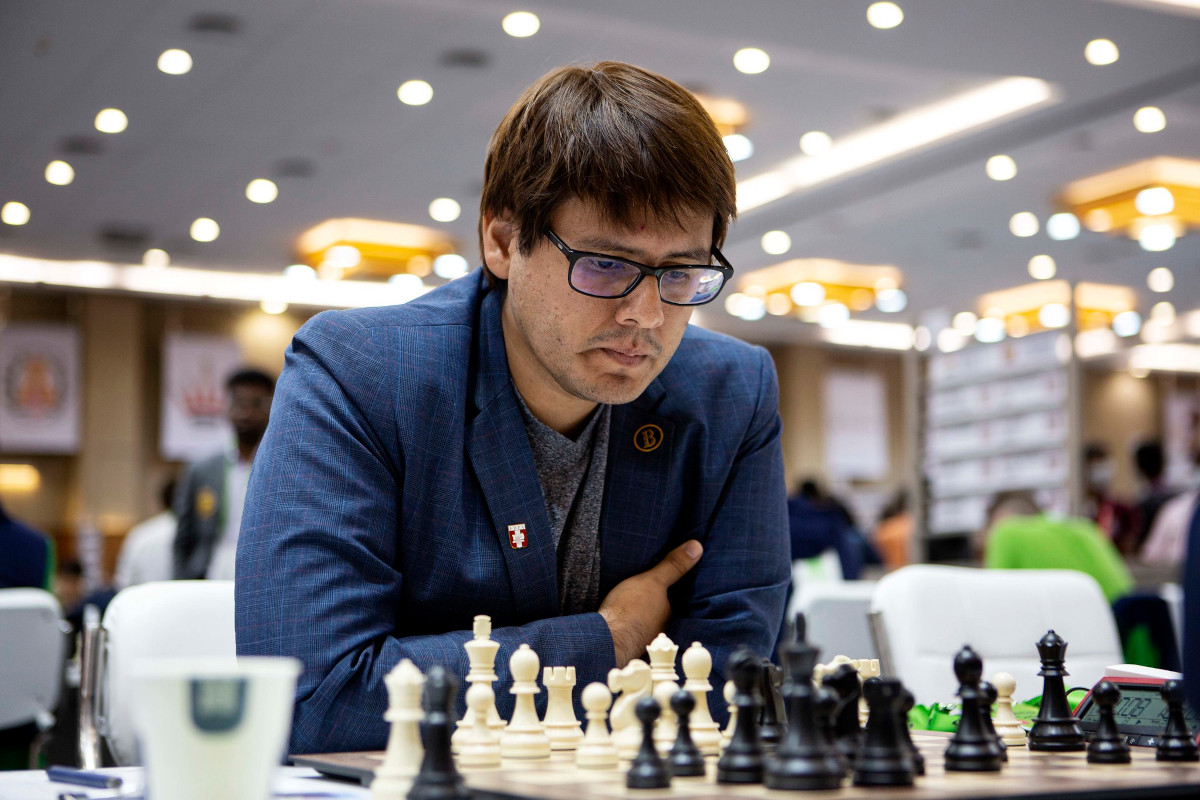 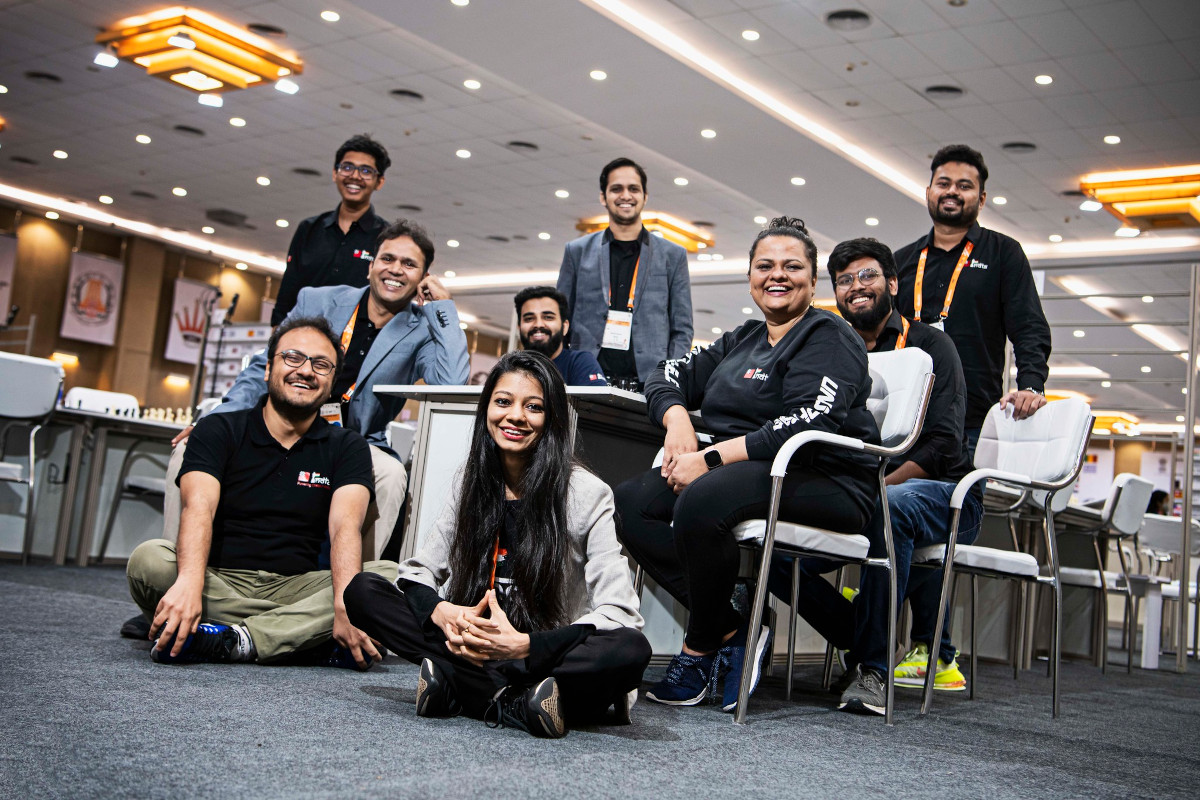 Dutch Grandmaster Roeland Pruijssers and International Master Nico Zwirs created a complete repertoire against the Sicilian that is based on the Open Sicilian and that is easy to learn. They show patterns you should know when playing the Open Sicilian

Mandatory ROTC or NSTP: Which Is Better?

Mandatory ROTC or NSTP: Which Is Better?

Benavidez Sr. says Andrade will be next for David after Lemieux fight