Investigation of a combination | ChessBase


It was some 35 years ago that I first saw this astounding combination. I had only just taken up the game as a teenager and one of the books I had been recommended was a primer on tactics. Tactics, I was told, were the linchpin to every other moving part in chess strategy and planning. So I gravitated towards the first book I saw, scrounged up three days worth of my lunch/book money, and purchased Test Your Tactical Ability by Yakov Neishtadt. 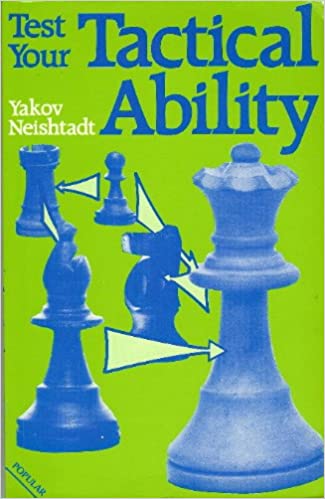 The title undersells the book in my opinion, because it is actually a very thorough introduction to chess tactics, explaining each theme in a chapter with sample positions and detailed explanations, followed by exercises. All in all there are some 400 exercises for the student to solve, some easy, and some quite hard. There is even a chapter called “Know your classics“, a lovely idea that shows the extra level of care the grandmaster took.

I can tell you I slaved over the exercises and book in general, and missed my subway stop more times than I care to recall as I lost myself in the positions. It did bear fruit and my rating grew some 300 Elo that year. This is not to say I solved them all, but I made sure I put in my sweat, blood and tears in the attempt.

Then recently, I ran across one of the hardest ones, one I had failed at, in my training session with ChessBase’s Tactics web app. While I like to pride myself in a pretty decent memory, the only thing I could remember, seeing the position for the first time in over 30 years, was that it was very hard and one I had been unable to solve at the time. I vowed to see if I could do better today. 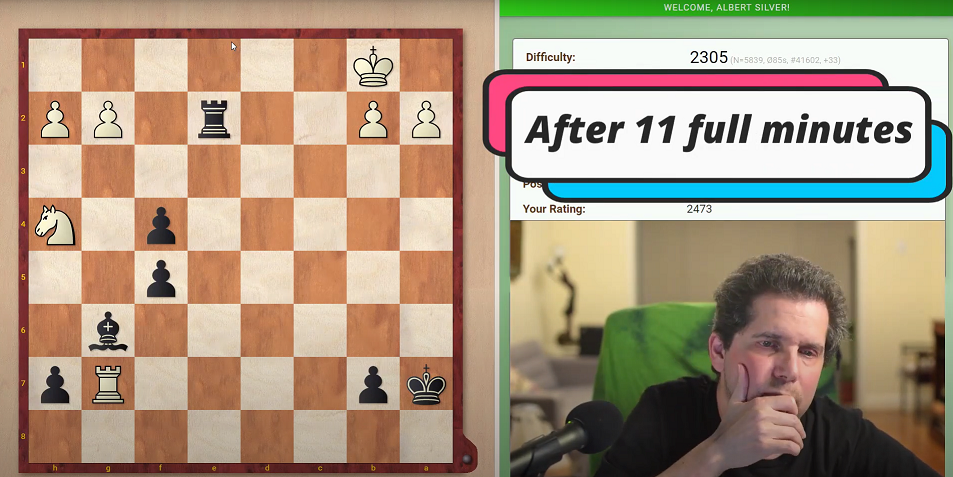 It was fairly invigorating to see that my memory of its difficulty was not just a reflection of frustration at the time, because it really was hard, and the solution eluded me for some time. I’d like to share this revisit and allow you to see the process to reach it.

The path to tactical strength

Despite the fact that many books have been written on tactics in chess, many players still find it extremely difficult to recognise tactical patterns and calculate ensuing lines. With this disk the author not only gives a large number of examples of the most different kind, trying to cover as many ideas as possible, but also suggests a method which will greatly help you to see various tactical motives and systemise your calculation.

Note: The article was designed so that you should not need to visualize more than two moves (both sides) at any point, but if you have trouble don’t hesitate to move the pieces on the diagram. These diagrams are dynamic, so by all means take advantage!

One curiosity I will point out is that while I tracked down the names of the players to give proper credit, I discovered that the position above not only differs very slightly from the actual one from the game it came from, but there are actually two individual games this exact combination is sourced from. One from 1931, cited below, and another in 1933. I owe Peter Doggers a debt for this find as he cited the second one instead when we spoke, and as a result we uncovered an absolutely fascinating account by the excellent Tim Krabbé on this astonishing coincidence. I encourage readers to read it.

Regardless, below is the position from the 1931 game cited in Neishtadt’s book:

The starting key move is fairly apparent, especially when you know there is a shot to be had, but the actual full solution is very elusive. The first moves are 1…Rxb2! 2.Nxb2 c3, which is quite obvious. We take the pawn, the knight takes back, and the only move is …c3. Now White plays the simple 3. Nd3 with the idea of Nc1 and preventing any pawn promotion shenanigans.

Black’s only continuation, but a strong one, is 3… c4+ check! Ok, so White has no choice here, and must play 4. Rxb6. Just leaving the knight for nothing will not get anywhere.

Taking the rook now is clearly a losing choice. 4… axb6 5. Nc1 and it is 1-0. So 4…cxd3 must be played, and now White must move the rook. Except White is lost because this is a classic situation of two pawns on the third defeating a rook.

Brilliant! We solved it!… or not. One of the mental traps when resolving such lines is playing the moves we want our opponent to play, so the lines miraculously seem to result in an inevitable brilliancy on our behalf. This may work fine with a combination which runs along the lines of Check! Check! Check! Mate!, but when it doesn’t the rule of thumb is to be doubly on your guard and try to find a reply that does not fit into our plans, because you can be darn well sure your opponent will!

The first move that can really be questioned is the ‘obvious’ 3. Nd3, so let’s go back to the position right before it.

If White is not going to remove the knight from b2, then White really only has one other option: 3. Rxb6. so let’s take a look at that in our mind’s eye instead. How do we continue with Black? The first problem that rears its ugly head is that just taking the rook now will transpose into the losing line mentioned above. So 3…axb6 4. Nd3 and then 5. Nc1 if needed, the Black pawns are going nowhere. Ok, so that doesn’t work.

Now, in a game situation, we could simply give up this entire adventure and just play a safer continuation, but assuming we have not given up we are forced to examine the moves we have not examined yet. So after 3. Rxb6 we now know that 3…axb6 fails, 3…cxb2 fails, and 3…c2 fails. Is there anything left? Yes, just the one move though: 3….c4! With two pieces hanging it was hardly the first move to scream Play Me!, but as all the others lose outright, it is also the only one left. If this fails, then the entire combination idea will need to be axed, or prepared as a trap ahead.

At the airport, in the hotel or at home on your couch: with the new ChessBase you always have access to the whole ChessBase world: the new ChessBase video library, tactics server, opening training App, the live database with eight million games, Let’s Check and web access to playchess.com

Two things now stand out, aside from the two hanging pieces: the c4-pawn is now preventing 4. Nd3 which was how White was going to stop the c3-pawn from promoting. The second point is that if 4. Nxc4 then after 4…c2! the pawn cannot be stopped! The knight on c4 cannot stop it and the rook on b6 cannot either.

Beautiful! So are we done? Not so fast! After 3…c4 the knight cannot move, but what about the rook? Rook moves such as 4. Rb7? won’t help. After 4…c2 the pawn will be unstoppable.

Take a look at the situation and try to imagine you are White.

But Black has one last shot that enables the entire line: 4…a5!! attacking the rook. Now if 5. Rxc4 cxb2! and the pawn cannot be stopped as both c1 and b4 are covered.

A fantastic conclusion to an amazing combination.

As you could see, sometimes finding the right or best move is not so much about zeroing in on the strongest continuation, but rather by process of elimination, excluding the candidates we know to fail outright.