The 2022 Chess Olympiad is moving full steam ahead, replete with fantastic upsets, a city that has done itself up well for the event, and of course the Chessable team on site to show us what it’s like on the ground at the biggest Olympiad in history.

If you’re not caught up yet, be sure to check out our introductory post on the Olympiad, as well as coverage of Day 1 and Day 2 of the tournament.

Also, be sure to check out our Olympiad course, featuring tactics and a breakdown of each day’s most important happenings, exclusive for Chessable Pro members.

Let’s check out first what the Chessable team was up to:

Day 3 was another busy day! The arrival of Anish Giri was big news and the fans were delighted to see him

But the real big news of the day was the Jersey women’s team picking up their first wins with a 2-2 draw. It was a topsy-turvy match with Rachel & Daisy managing to win their games. 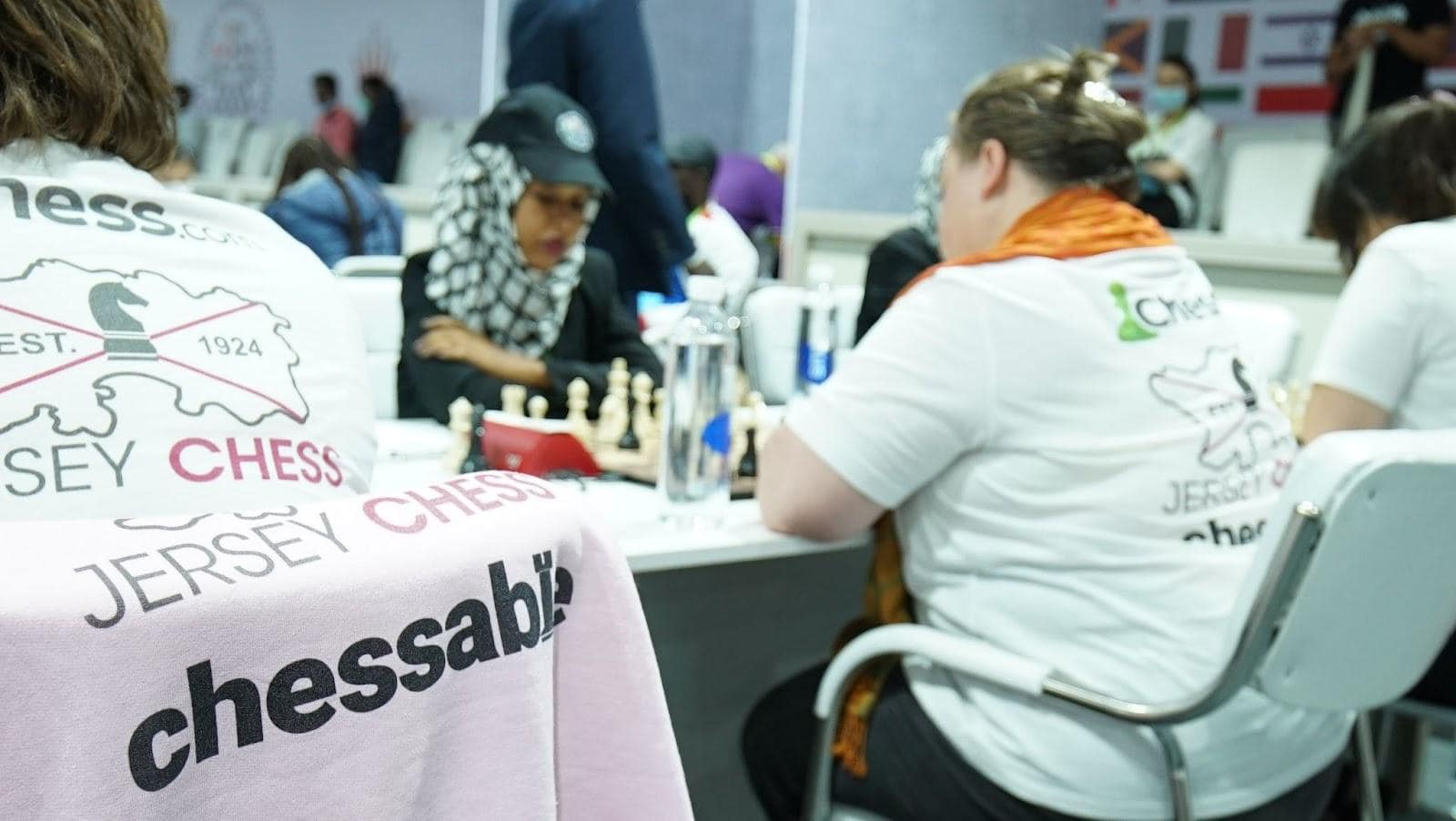 It was nice to see some of the players sporting our merch!

Of course we had a lot more visitors at the Chessable booth!

Pentala Harikrishna won an impressive game to keep India 1 in the top spots.

The crowds remained until long after it got dark – and we’ll be back tomorrow to do it all over again! 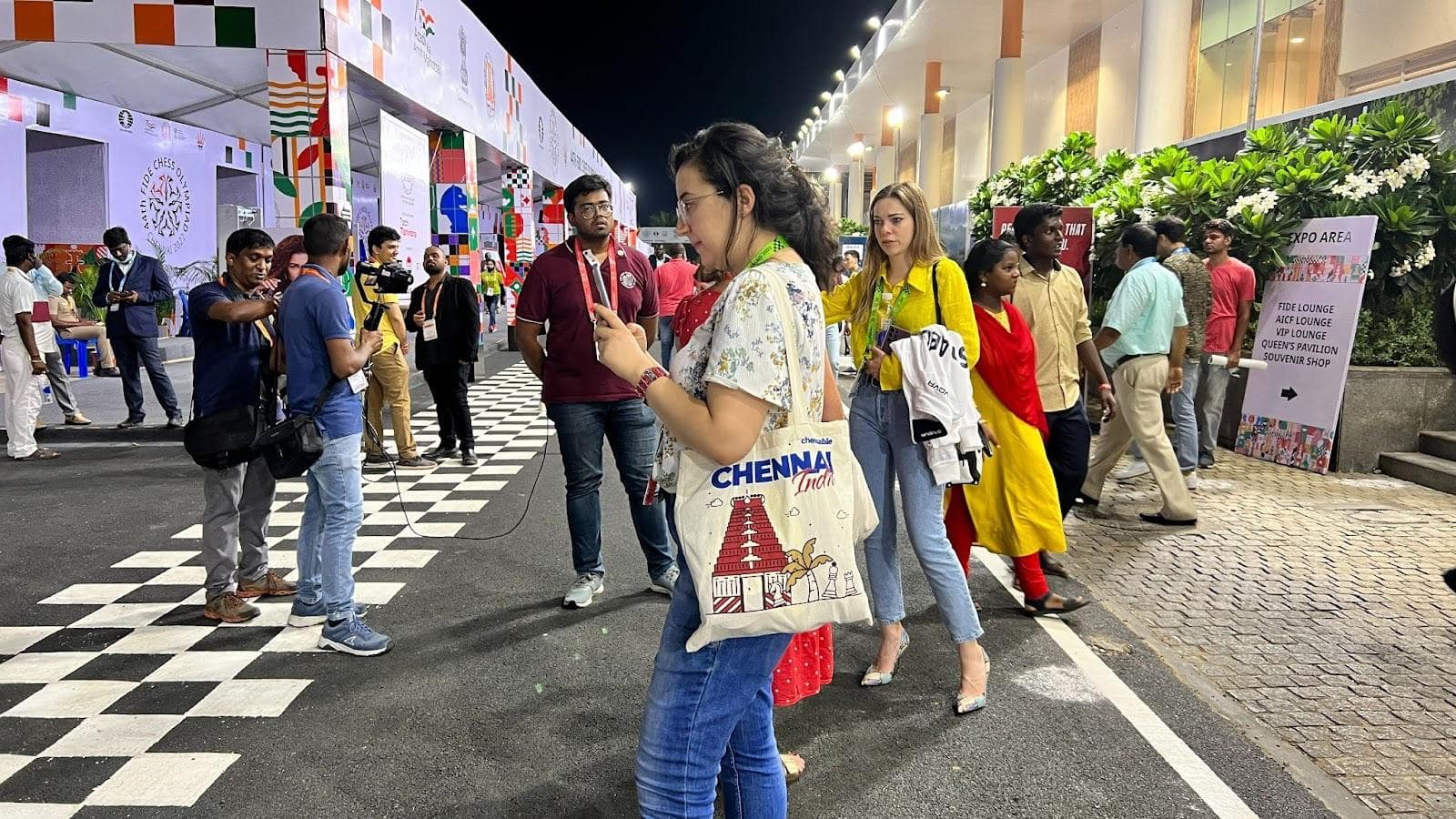 What happened in the games?

This tournament seems to be a gift that keeps on giving in terms of surprises. Seed 3 Norway was defeated by Italy, seed 26, in Round 3, with Magnus Carlsen only able to secure a draw.

Furthermore, Ukraine (seed 8) were only able to secure a draw against a nascent Cuban team (seed 32). Incredibly, all six of India’s teams have yet to lose a game, with India 2 leading the rankings.

Here’s the top-ten rankings after Round 3:

Carlsen’s draw- A blow to Norway

Norway is perhaps a bit top-heavy in the rankings. While the other four players are certainly nothing to sneeze at, they started the rankings so high due to their first board being the highest-ranked player in history.

Being able to neutralize such a giant certainly hurts Norway’s chances going forward.

German player Liviu-Dieter Nisipeanu attempted a sacrifice in hopes for an attack against Austrian Felix Blohberger, but in the end was fruitless in his efforts.

Bishop and knight- A surefire mate?

The Ukrainian team was about to lose to Cuba until Kirill Shevchenko became the hero of the team by defeating Luis Quesada.

Quesada resigned after a brutal 107-move trudge. Quesada trusted Shevchenko would be able to deliver checkmate with a knight and bishop, something even many top players struggle to do.

This was the position in which Black resigned, if you’re up for a tough puzzle, it’s forced mate-in-13 for White!

Super-GM Jan-Krzysztof Duda made his debut for his native Poland and scored an incredible win, delivering a knockout blow in the following position.

Check out some pics below of what was going on during Round 3!

Mikaela Mayer takes on Jennifer Han in homecoming bout, with Ginny Fuchs’ debut in the undercard