Narendra Modi: “There are no losers: only winners and future winners”

The wise reflection of India’s Prime Minister Narendra Modi garnered the biggest applause of the night from the more than 20,000 players, coaches and local chess enthusiasts at the Nehru Indoor Stadium, venue for the opening ceremony of the 44th Chess Olympiad, here in Chennai. 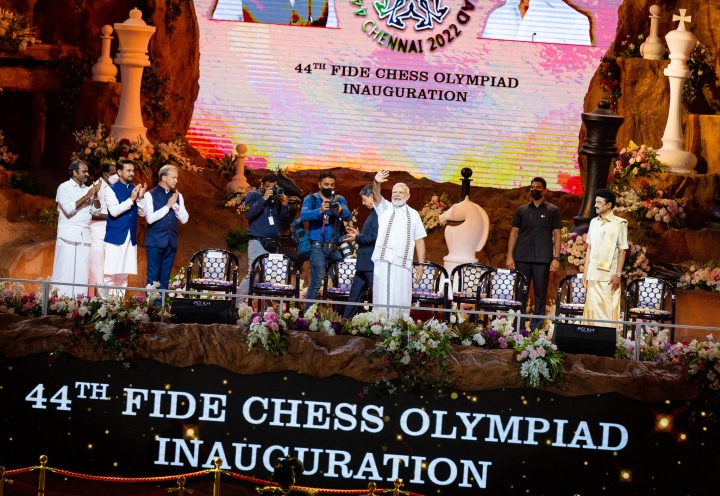 After a marathon afternoon, full of music and colour, Modi declared the event open. The games will begin tomorrow at 3:00 p.m. at the Four Points by Sheraton Mahabalipuram Resort & Convention Center. A total of 184 teams in the open category – 158 in women – will make the Chennai Olympiad the largest in history, breaking all previous records. 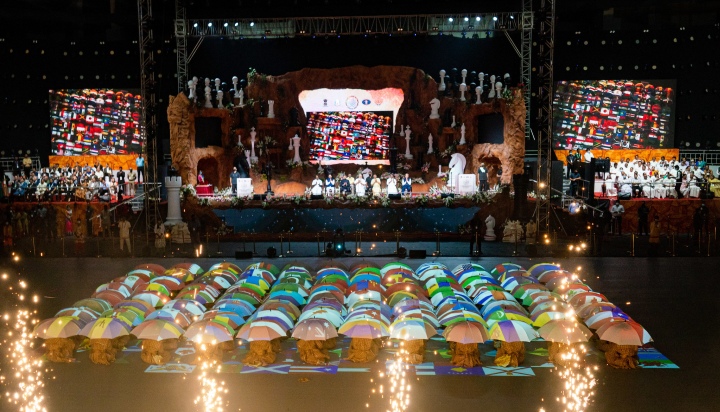 The ceremony commenced at 4:00 p.m. with a display of musical and dance activity, in which the event’s choreographer deployed the history of India’s Tamil Nadu state throughout the ages. Between acts, we enjoyed the classical flag parade, in which each delegations’ best players took the floor – a basic activity in any Olympic movement. 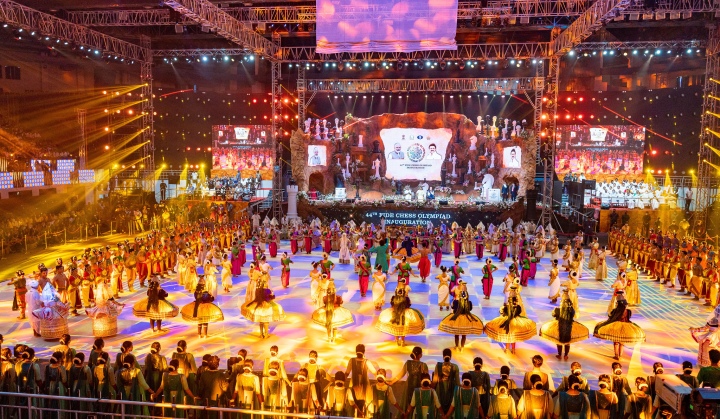 Another highlight of the afternoon was the live performance by piano prodigy Lydian Nadhaswaram, who delighted us with classical and modern tunes, including a brilliant two-handed and blindfold exhibition. In 2019, Nadhaswaram won a million dollars on The World’s Best show on CBS: he’s a true musical phenomenon, a fitting opponent for the world’s best chess players. 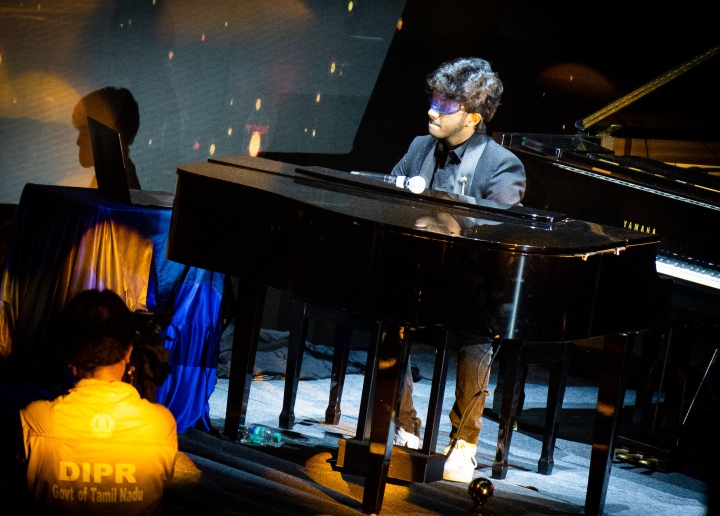 Together with Modi – “there has never been a better time for sports in India than present time. This event shows that we are stronger together” – the Chief Minister of Tamil Nadu, M.K.Stalin, also had a very significant presence at the ceremony, reminding all attendees that the event had been completed in less than four months after Moscow’s withdrawal. FIDE’s own Arkady Dvorkovich also took the stage, welcoming all the participants to this exciting event. 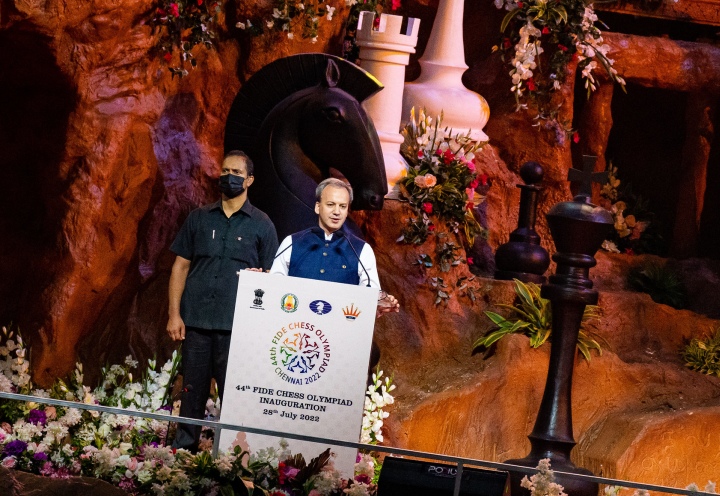 But perhaps the most memorable moment of the night was five-times world champion Vishy Anand handing over the Olympic relay torch to Prime Minister Modi, who in turn passed it on to Pragnaandhaa and Gukesh, “the future of Indian chess”. The players of the Indian B-team lit up the Olympic flame, and received the deafening applause of the stadium.

Without a doubt, in my modest opinion, the best opening ceremony I have ever attended in my life, in relation to the time available to organize it – and I was at the opening of the 1992 Barcelona Olympics!

Some of My Friends Are Missing. Where Are They?