The 44th Chess Olympiad is about to start in Chennai. The most popular team competition will surely bring new records (at least one is certain – the number of registered teams is growing year over year), new stories and heroes. The main focus will be undoubtedly on the team results, as every match is a joint effort to earn a match victory. However, individual achievements are historically highlighted at Chess Olympiads, with a set of gold, silver, and bronze medals awarded for the best results on every board.

The top six individual results were awarded a prize already at the first Olympiad in 1927, and the tradition still stands. George Alan Thomas from England and Holger Norman-Hansen from Denmark shared the first prize in 1927; both scored 12 out of 15 (80% points).

Looking forward to Chennai and browsing through the previous editions, let us recall some of the remarkable individual results at the Chess Olympiads in the 21st century.

It sounds surreal, but there was a player who got a perfect 9/9 score playing on the first board at a Chess Olympiad. Zimbabwean International Master Robert Gwaze achieved this fantastic result in Bled (2002) and won an individual gold medal, leaving Garry Kasparov behind. 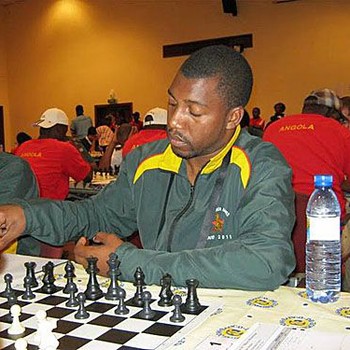 Surprisingly, Gwaze’s result is not unique. One more player scored a perfect 9/9 on the first board, playing for France, and it was no other than Alexander Alekhine! The world champion played inspired chess in Hamburg (1930) and won the brilliancy prize for his game against Gideon Stahlberg. However, Alekhine was not awarded an individual gold medal as he did not play enough games (the medalists played 17 games each).

In Baku (2016), Grandmaster Andrei Volokitin, playing as a reserve for Ukraine, delivered a fantastic rating performance of 2992! He scored 8½ out of 9 games, helped his team to claim silver in the Open competition and won an individual gold medal. Among others, he beat Alexander Grischuk and Eric Hansen, and the only draw he made was with Wei Yi. 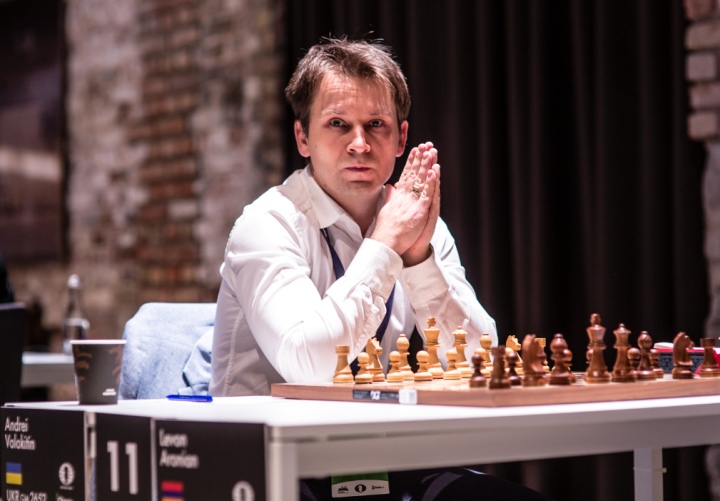 There is a significant gap between Volokitin’s performance and the closest results. In Bled (2002), Garry Kasparov swept away the opposition on the first board, scoring 7,5 out of 9, but with ‘only’ 2933 performance. At the time, the board medals were not awarded according to the performance, and the great champion did not get any, finishing only fourth by points scored.

Not far behind is Georgian GM Baadur Jobava, who put in a whopping 2926 performance on Board 1 in Baku (2016). He finished the event on 8/10, beating Ghaem Maghami, Topalov, Vallejo, Lupulescu, Ponomariov, and Rapport! 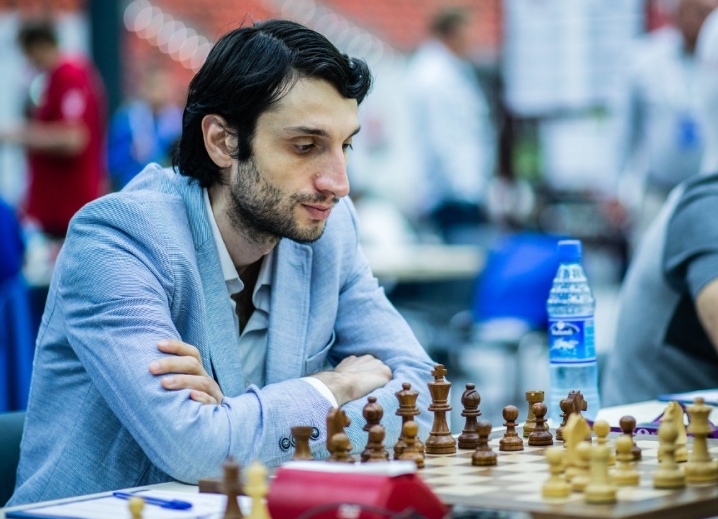 GM Jorge Cori closes this improvised podium of the best-ever rating performances. Almost on par with Jobava, he showed 2925 performance in Batumi-2018 – an achievement that earned him an individual gold medal on Board 3. The leader of Peruvian chess dropped only half a point in eight games, drawing with Nepomniachtchi, and beating Wei Yi, Yannick Pelletier, among others.

The whole Board 1 individual medals pedestal in Tromso (2004) is quite remarkable. Pia Cramling got bronze with 2659 performance, Hou Yifan earned silver with 2671, but Nana Dzagnidze stood above all with her best-ever women’s section performance of 2719! Georgia finished fourth as a team, much to the disappointment of its leader, who scored 8 out of 9, defeating Anna Muzychuk, Irine Kharisma Sukandar, and Monika Socko in the last three games. 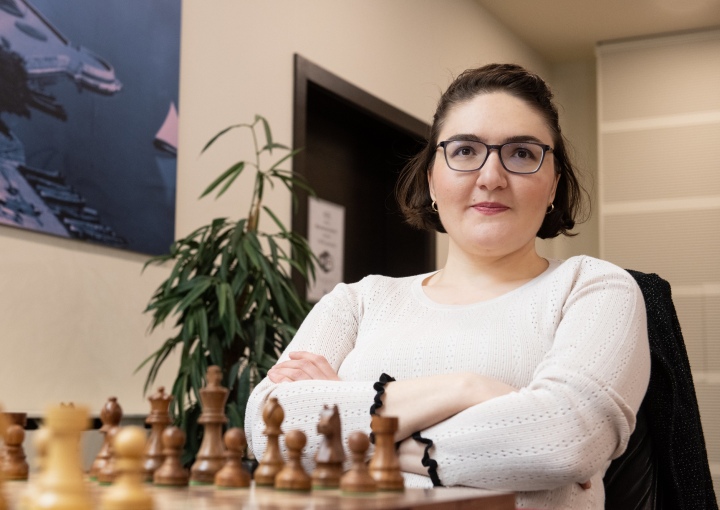 The second place in this record category goes to another Georgian, the legendary Maia Chiburdanidze. In Dresden (2008), then 47-year-old former World Champion scored 7½ out of 9 with 2715 performance receiving an individual gold and sharing her team’s tournament victory. Chiburdanidze led the way, defeating Alexandra Kosteniuk, Anna Muzychuk, and Hou Yifan, among others.

“Prodigies and new champions hog the limelight, but sometimes former champions remind the world why they were, and in some cases still are, so great,” wrote Dylan Loeb McClain in The New York Times piece highlighting Chiburdanidze’s result.

Viktorija Čmilytė-Nielsen – Individual gold on the top board, twice

Viktorija Cmilyte started representing her native Lithuania in Chess Olympiads at 13. At 15, she was already the leader of the team. Cmilyte can boast of an unmatched result: she won two individual gold medals on the first board in Istanbul (2000), scoring 9½/12 and Calvia (2004) netting 8½/11. 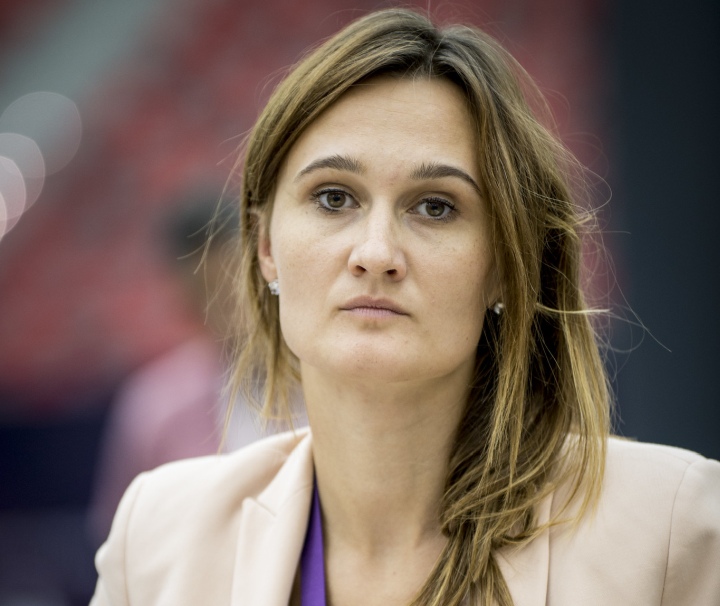 She also narrowly missed a medal in 2006, finishing 4th by per cent of points scored. Perhaps Viktorija could even improve her record, but she switched to playing in the Open section (Khanty-Mansiysk 2010, Board 3) and then entered politics in 2015, putting her active chess career on hold.

It’s difficult to surprise by the achievements of Judit Polgar – it seems this chess goddess was omnipotent. Here is another unique one. In Thessaloniki (1988), together with her sisters, Judit claimed gold at the Women’s Olympiad for the first time. It was a smashing debut of the team that would also win the next edition. Novi Sad (1990) was her last women-only event. In Bled (2002), Judit won silver medals with the Hungarian team in the open section, defending the second board. 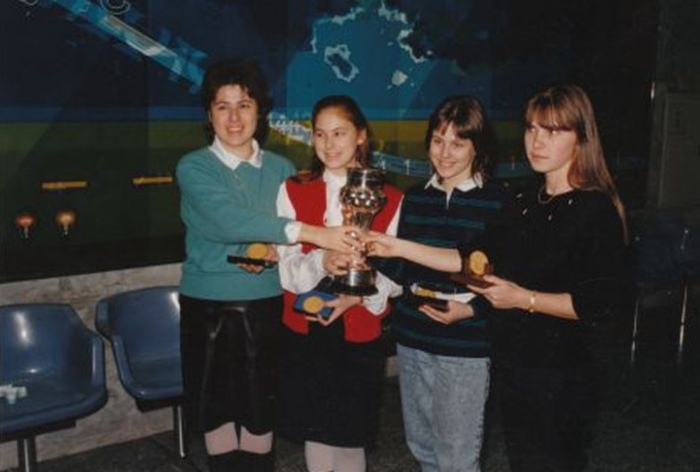 The Semi-Slav: A GM guide for the tournament player

The Semi-Slav (1.d4 d5 2.c4 c6 3.Nf3 Nf6 4.Nc3 e6) can arise via various move orders, has decided World Championships, and is one of Black’s most fascinating replies to 1 d4. Magnus Carlsen’s second, Grandmaster Peter Heine Nielsen explains in detail what this opening is all about.

ABS-CBN reopening under Marcos presidency, Imee says no problem but…

Karl-Anthony Towns On Game 3 Loss At Home: This One Hurts