In 1964, Pattie Boyd met George Harrison during the filming of A Hard Day’s Night. She would go on to marry the Beatle’s lead guitarist. They divorced in 1977. Pattie Boyd married Eric Clapton in 1979. The marriage lasted until 1987 and the divorce was finalized in 1989.

Jason Kouchak has known Pattie Boyd and her now husband Rod for almost 10 years, teaching them both chess and piano over the years and playing exclusively for them at their wedding reception in London in 2015.

The Benoni is back in business

On top level the Benoni is a rare guest but with this DVD Rustam Kasimdzhanov this might change. New ways and approaches in most lines and countless improvements of official theory will show you how to play this opening at any level with success.

To celebrate Queen Elizabeth’s 70th anniversary, Pattie and Jason decided to pay homage to her with a simple chess motif called the Smothered Mate on a chessboard in Holland Park. “We chose this idea to represent the years of sacrifice and duty that the Queen has brought to her nation for 70 years”, explained Kouchak. 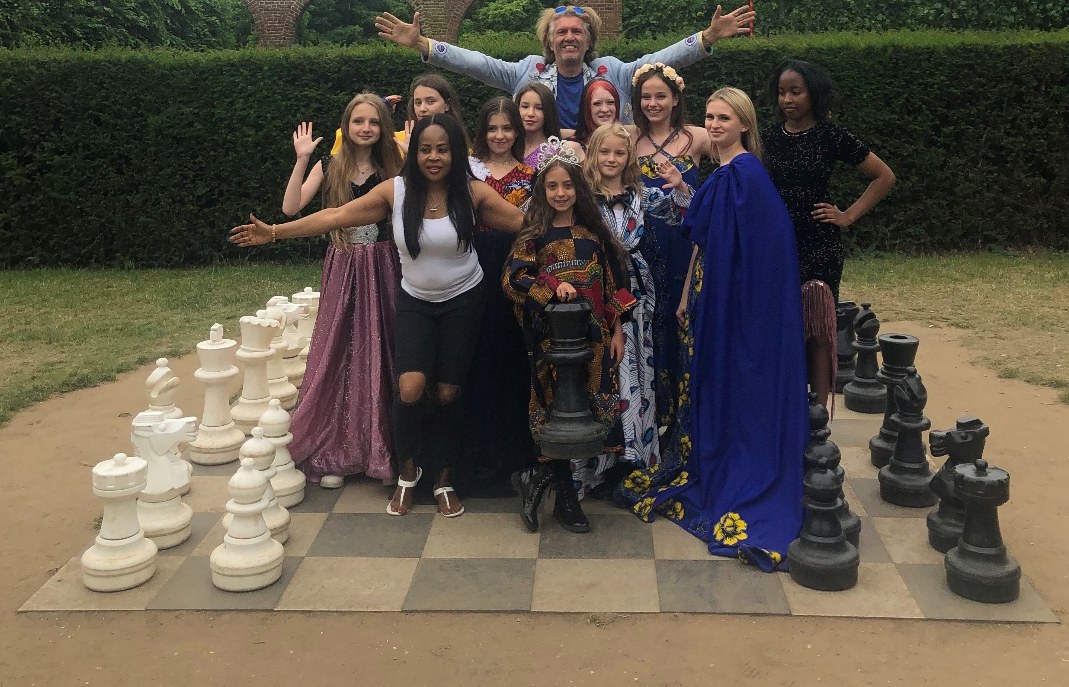 Jason Kouchak has also composed a new song for the occasion, The Royal Game, which was recorded at Windsor Castle and celebrates the beauty of chess and royal politics (in that order).

You are waiting beside me in silence
Saving the light from the dark
My pieces are lost in a new time and space
The joy of the journey, a challenge I face

Some step aside
Some stay alone
Some say Checkmate
I’m reaching the endgame
Taking a chance, no time to wait

Queen Pattie inspires future chess queens in the Year of Women in Chess.

Love and logins: Who gets custody of passwords in a breakup?