The Swedish Championships were held from 1 to 10 July. In addition to the main event, competitions were held in a whole range of disciplines. These include championships for women, for seniors (over-65 and over-50), youth championships in different age groups, tournaments according to rating and weekend opens.

Henrik Danielsen used this system to win the Icelandic blitz championship in 2011. Some strong GMs and IMs didn’t realise the danger before it was too late. Even after Black’s best defence, White will be able to fight for an advantage. After watching 60 minutes you have a total opening plan against 1…d5.

This time the championships were held at Fyrishov, one of the largest arenas in Sweden.

The main event was a 10-player single round robin. A number of the country’s top players were absent, including Nils Grandelius, Evgeny Agrest and Emanuel Berg, the top three in the Swedish rankings. At the start, however, was the forever-young Pia Cramling, as the best woman player in the country.

Hector took the lead in the tournament midway through after collecting three wins in a row.

Before the last round, he had a full-point lead over his pursuers Tiger Hillarp Person and defending champion Jung Min Seo. In the final round, however, Hector lost his game against Jonathan Westerberg. Seo and Hillarp Persson could not take advantage of the circumstance, as both drew their games.

In the end, Hector won by half a point ahead of Westerberg, Hillarp Persson and Seo. Pia Cramling came seventh. 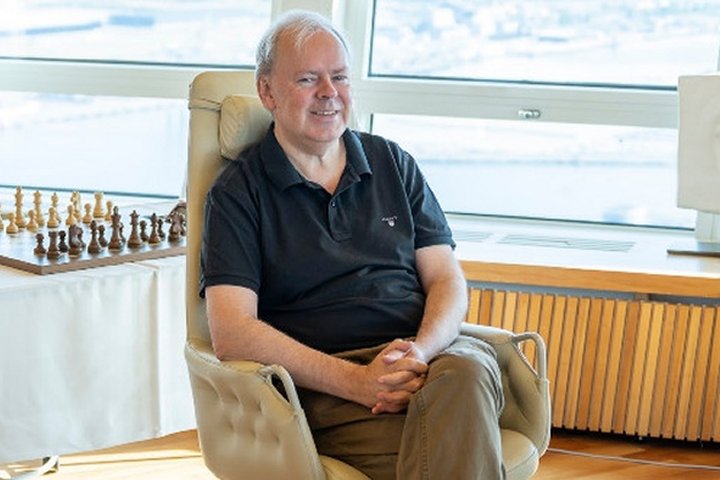 It is the second national championship for 58-year-old Jonny Hector. He had won his first title twenty years ago, in 2002.

What will 2022 bring in the way of misinformation on social media? |