Aside from the highly exotic variants that are more games using a chess board than variants of chess itself, almost all the main variants have symmetrical setups for both colors. The usual explanation for this is that it avoids any unusual advantages for one side. This assumes that the swings will be on average of such power, that one side will be compromised before the first move is played. This seems a bit exaggerated.

What is Double Shuffle Chess?

First of all, full disclosure: this is an invented name, and I found this flavor on a quite remote server under the name ‘Random Chess’. Before getting into the question of the name, let’s look at the variant itself.

The core idea is incredibly simple: both sides have their bottom ranks shuffled, with no castling allowed. This alone would just be Shuffle Chess, a well-established variant, but the hitch here is that they are not symmetrical. So what is the particular appeal?

The asymmetry is actually a fundamental piece here, because regardless of the variant, whether chess, shuffle chess, or even Chess960 (Fischer Random Chess), when the game remains somewhat symmetrical, draw rates tend to skyrocket. If you look at normal chess, the players will constantly seek to break that symmetry and provoke imbalance to generate better chances for a decisive result. Even Chess960 has this issue. Here the game starts with that asymmetry.

What about a random position where one side has a lopsided advantage? It can absolutely happen, but is not as common as one might think.

Here is the engine evaluation of the position just above.

Still, the reality is that there are two ways of handling such cases: reverse colors, so both players must try both situations. But another is just to not allow refusals to play, so a ‘losing’ side cannot refuse to play, and realize that in the long run, a player will have a balanced distribution of good and bad luck starts and the skill of the players will decide the outcome.

The appeal and fun

As a friend jokingly put:

“Magnus gave up the world championship because he realized this was a better game and being the champion of just one out of 1.625 billion opening setups was a joke”

The lack of castling is actually a perk since one thing that has always bothered me with Chess960 was the slightly convoluted castling rules, and how that also restricted the variety of starting positions. With the recent fad of NC Chess (No-Castling Chess), it will seem far less objectionable.

The games are all immediately challenging since each situation is quite new, and similarities to previous ones can trick you (or your opponent) into overlooking important details in the differences. Your imagination will be constantly stretched as it seeks to conjure up novel tactics, traps and positional ideas. Still, because it follows the traditional board size and pieces, it still remains a very classic chess variant at its core.

I have played this variant well over a hundred times, so the idea is not to push YACV (Yet Another Chess Variant) that bears testing. If I share it, it is because I love it and have a lot of fun playing it.

One problem that is very real is that of finding an opponent, since not everyone will go for each variant you may care for. However, because it still abides by standard chess rules, there is a simple solution: Fritz Online.

You may have read a recent tutorial sharing the revamped design and functionality of this ChessBase web app, as well as the enjoyable opponent it can be. Well, you can easily play a game of Double Shuffle against it, and I did so, with hints, banter and the whole nine yards. 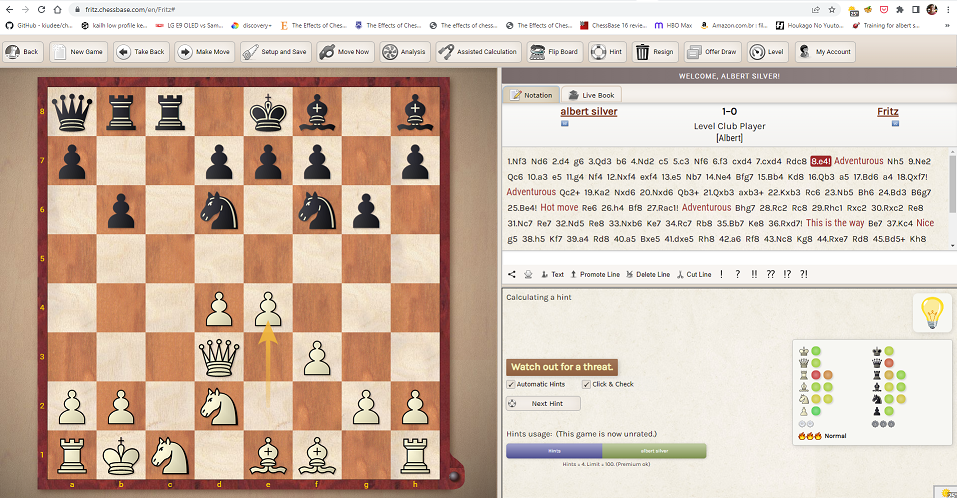 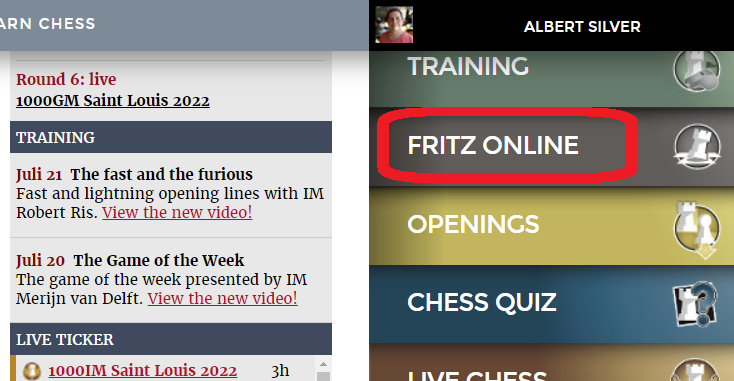 Then select a level of play 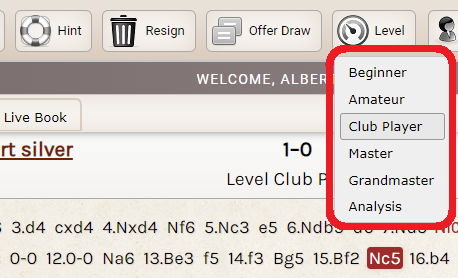 I chose Club Player to test. Now go to Setup and Save and choose Open PGN

Remember that because Black is not simply a mirror of White, playing the other side will be a very different experience, and not just the same game but a tempo down. Now, all you need to do is play your game!

Here is a sample game I played against it.

What is in a name

Originally, I had planned to simply present this variant as ‘Random Chess, since that was what I had played it as, but the Wiki entry on Chess960 made me question the wisdom of this. Here is what it reads:

Hans-Walter Schmitt, chairman of the Frankfurt Chess Tigers e.V. and an advocate of the variant, started a brainstorming process for creating a new name, which had to meet the requirements of leading grandmasters; specifically, the new name and its parts:

The effort culminated in the name choice “Chess960”.

Please note the second bullet point. Since the game is essentially Shuffle Chess, but with unique ‘shuffles’ for both colors, Double Shuffle Çhess seemed an appropriate name. Of course, if one wants to follow the nomenclature above, one could call it also ChessBillion…

The foremost reason for sharing this variant was to share what has been a genuine source of pleasure, checking the boxes for me in what I like: chess rules, variety, simple. Practicing with it will also help open your horizons on tactics and positional play, forcing you to think out of the box each and every time. That one can always find an approachable opponent in Fritz Online is just icing on the cake of course. I hope you also find it fun!