The chess puzzle that led to a Fields Medal


What is the Fields Medal?

In other fields such as literature, economics, and physics, the pinnacle of recognition is considered the Nobel Prize. Without quibbling on the politization of some of the choices, or the inability to give out enough awards to deserving candidates, none will argue on the sheer prestige it brings. However, there is no Nobel Prize in math.

In mathematics, there are two major awards in that specialized sphere. One is the Abel Prize, a new award given out since 2003, and modeled on the Nobel Prize. Much like its better known peer, it rewards not only groundbreaking work, but careers in the field and contributions. Still, the best known and most famous of all math awards is the Fields Medal.

The Fields Medals, first awarded in 1936, were conceived by John Charles Fields, a Canadian mathematician. It remains unusual among top academic honors in that it goes to people who are still early in their careers — younger than 40 years on Jan. 1 — and honor not just past achievements but also the promise of future breakthroughs.

Its impact is mentioned even in popular culture, and was a key point of the character Gerald Lambeau in Good Will Hunting, the breakthrough film of Matt Damon and the Affleck brothers, and garnered Robin Williams his Oscar for Best Supporting Actor.

As Dr. June Huh, now 39, explains it, his first insight into combinatorial mathematics came from a video game called The 11th hour. This horror adventure movie game from 1995 featured the following puzzle to be solved: 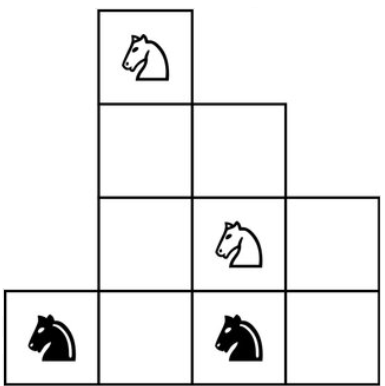 Goal: Exchange the positions of the black and white knights

This puzzle took the young player a week to solve, though solve it he did, a testament to his ingenuity and temerity. This did not mean he sent the solution only to be given a Fields Medal 27 years later.

Dr. Huh’s fields is known as combinatorics, which is an area of math that figures out the number of ways things can be shuffled. The way it applies to the problem above is where it gets interesting, since you want a broader system or solution that can apply to a class of similar problems. 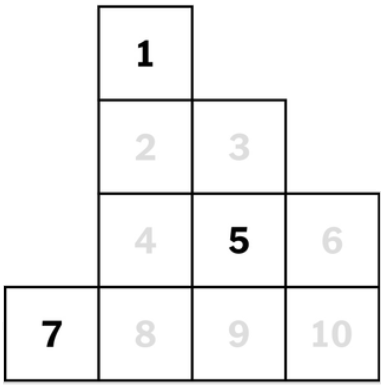 The key to finding a mathematical solution is to first break it down in a simpler way. Dr. Huh explains he realized the odd-shape board and the L-shape movements of the knights are irrelevant. What matters are the relationships between the squares.

This particular set of problems is known as a chromatic polynomial, and is where he has advanced understanding with groundbreaking mathematical expressions that solve them.

From zero to hero

Part of what fascinates about Dr. Huh is not just his ability to transform puzzles above into broader mathematical expressions, but how he got there. This was not a case of a budding genius from early on, wowing his less-gifted colleagues with his acumen, or perhaps a brilliant introvert who remained hitherto misunderstood. As he explained to the New York Times:

“I was pretty good at most subjects except math,” he said. “Math was notably mediocre, on average, meaning on some tests I did reasonably OK. But other tests, I nearly failed.”

As a teenager, Dr. Huh wanted to be a poet, and he spent a couple of years after high school chasing that creative pursuit. But none of his writings were ever published.

This hardly sounds like a path to a PhD in math, nevermind a future Fields Medal winner, but it all changed in his last year of college, when he was 23. Chance would have it, he would meet the legendary Dr. Heisuke Hironaka, himself a Fields Medal winner from 1970, and what began as a plan to just write an article about the professor became a lure and seduction into the field of math itself. With Dr. Hironaka as his advisor, he graduated and completed a masters degree, and then applied for a doctoral program in the United States.

“I was fairly confident that despite all my failed math courses in my undergrad transcript, I had an enthusiastic letter from a Fields Medalist, so I would be accepted from many, many grad schools.”

All but one rejected him — the University of Illinois Urbana-Champaign put him on a waiting list before finally accepting him.

“It was a very suspenseful few weeks,” Dr. Huh said.

At Illinois, he started the work that brought him to prominence in the field of combinatorics.

The tale just shows what some talent and passion can accomplish irrespective of early signs and false starts, and should serve as an example to all.

Read the full article from The New York Times