With a day’s delay due to the change in the field of participants, defending champion Vishy Anand played his first game on Tuesday at the NC World Masters 2022. With Black, he played against round-1’s winner Michael Adams.

Anand was able to simplify the game quickly with Black, but could not achieve more. After some exchange of pieces, the game ended in a draw, the first seen on the stage of the Gold Hall at the Kongesszentrum der Westfalenhallen. Anand said of the opening phase:

I know the variation in classical chess ,and there Black is completely fine. At the board I then considered whether there is a difference in No Castling Chess, but the variation is balanced even without castling, as Black can play well with …f6 and …Ke7 anyway.

The second game in the NC World Masters offered everything one could expect from this chess variation. Both kings were under fire throughout the game and there were numerous tactical intricacies. Daniel Fridman calculated these better than Dmitrij Kollars at the decisive moment and emerged victorious from a very contested game. 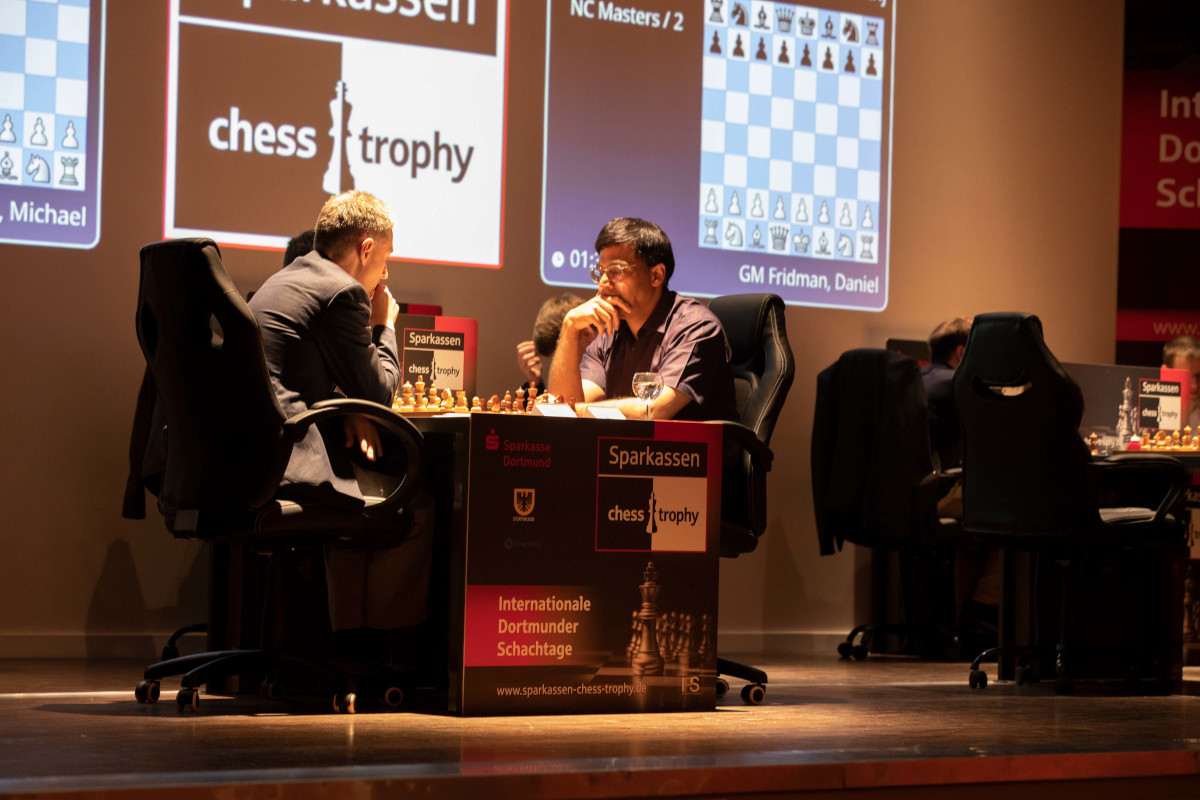 The Deutschland Grand Prix also offered very combative chess. But all three games ended in a draw. Rasmus Svane, for example, had a chance with Black against Luke McShane, who won his first two games in Dortmund.

In the following position, Svane, with Black, had to make his 40th move quickly in order to reach the time control.

But on the darned 40th move, there was an alternative which would have won the game:

Bogdan-Daniel Deac pressed for a long time with White against Erwin L’Ami, but the endgame was not to be won.

In the game between Matthias Blübaum and David Navara all the pieces disappeared from the board and here too the point was shared. Tomorrow, Pavel Eljanov will return to the tournament and David Navara will switch to live commentary. 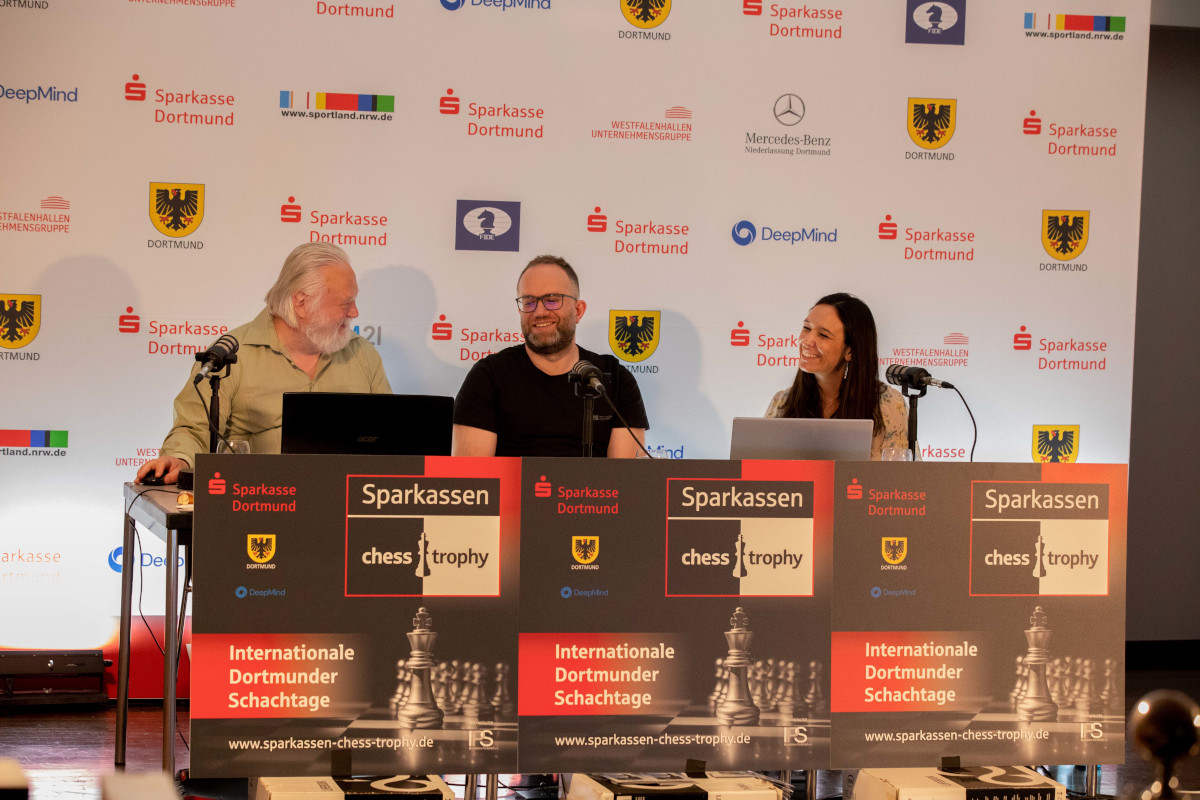 In the Women’s Sportland NRW Cup, WGM Priyanka Nutakki and FM Lara Schulze both closed the gap on leader IM Zoya Schleining, as they both scored wins on Tuesday.

Lara Schulze is looking to get a WGM norm in the tournament. Today, she beat Katharina Ricken in a short game with Black: she opened the h-file and won with a mating attack.

In the Sportland NRW Cup, it was mostly a peaceful day. With four draws, FM Christoph Dahl remained in the lead. The only decisive game was Timo Leonhard’s victory over 11-year-old Sauat Nurgaliyev. Leonhard was happy about his first win and intends to upset other players in the course of the week.

In the Sparkassen Open A, there was a fierce battle for the top positions. All four games among the leaders had a winner. GM Sanikidze beat GM Hausrath in the first grandmaster duel of the tournament. Meanwhile, GM Warmerdam did not seem to be able to get beyond a draw against IM Meins for a long time, but then his persistence paid off in the rook ending, and he finally managed to win.

Besides the two grandmasters, IM Adrian Gschnitzer and IM Julian Kramer are still perfect with 4 out of 4.

The chess puzzle that led to a Fields Medal