With a win over former sole leader Le Quang Liem, Dommaraju Gukesh took the lead in the Grandmaster Triathlon at the Biel Chess Festival — and at 16 years, 1 month and 17 days he became the third-youngest player in history to cross the magic threshold of 2700 Elo points (at least temporarily)!

There was also a change in the lead in the ladies’ quadriathlon, with Switzerland’s Zhuang Yongzhe taking the lead after a win with black against Cecilia Keymer.

After four rounds, there is now only one player left in the master tournament MTO who has not yet given up any points: Visakh N R from India.

On to the blitz event

In the Grandmaster Tournament GMT, leader Le lost against Gukesh with white! Like his compatriots in the MTO, the Indian player is merciless in the GMT. He also took the lead in the tournament, but the fight for first place is still very close.

The other win of the day was for Saleh Salem — White’s first win in the GMT came only in round 3! Salem beat Kamsky, who took a wrong turn in a theoretically equal rook endgame.

So far, the young Gukesh is clearly the most convincing player in the GMT. But who will benefit from the blitz tournament set to take place on Sunday (14 games at the rate of 3’+2”)? The suspense remains!

Find all the games at Live.ChessBase.com: Classical | Rapid

DAQ: Zhuang in the lead

In the DAQ, the leader Juliette Cornileau could not win, while Yongzhe Zhuang did the job by winning her game against Cecilia Keymer. Zhuang took the lead of the tournament with 23 points, ahead of Juliette Cornileau, who is still close behind, with 21 points.

Gohar Tamrazyan beats Iris Ciarletta and joins her in third place, ex-aequo with 16 points. Tomorrow’s blitz should once again play a decisive role, with Juliette Cornileau no doubt keen to take her revenge on the new leader! 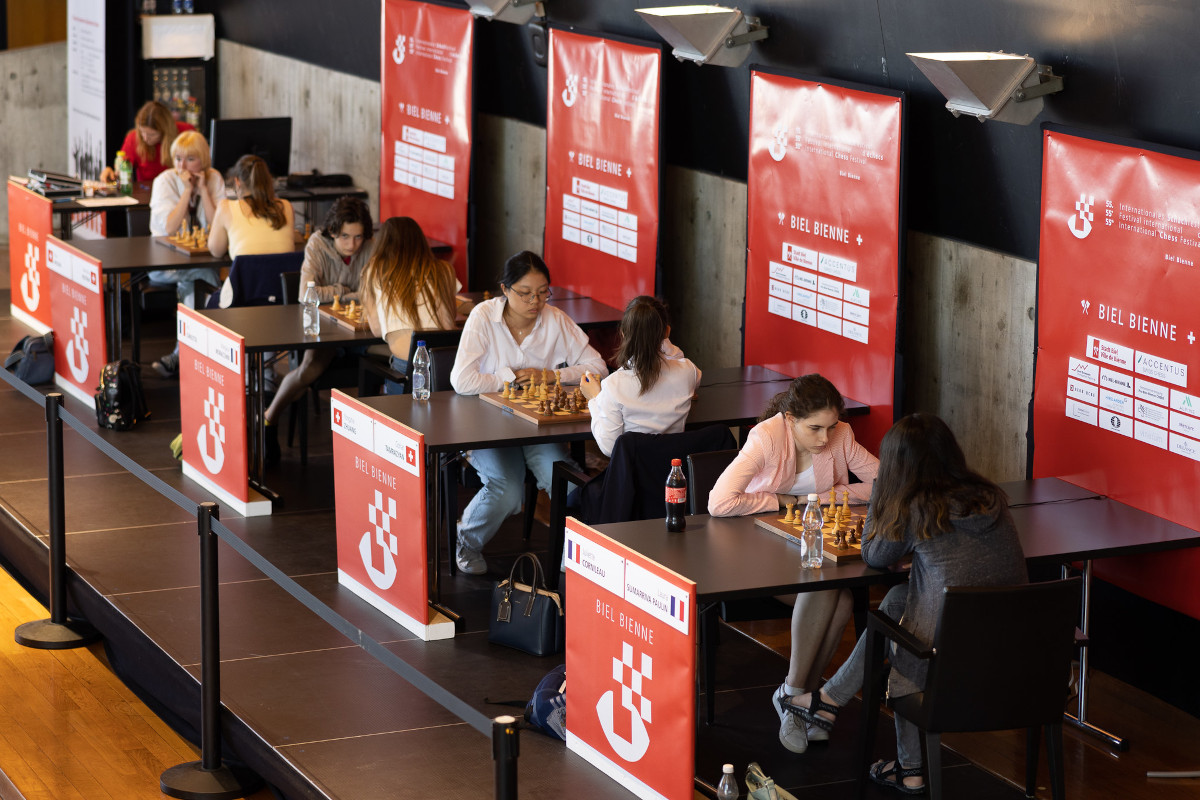 MTO: Visakh alone in the lead

In the Master Tournament MTO, the Indians continue to reign, this time without European victims, as the Indians, who have taken control of the tournament, mostly played amongst themselves!

On board 1, it was once again the lower-rated player who prevailed, with Visakh (2503) winning with Black against his compatriot Puranik (2612). With a draw on board 2, Visakh is now alone atop the standings with 4 out of 4 points, chased by 7 players (including five Indians!) at 3½ points. Overall, the strongest players rating-wise who had stumbled in the previous rounds made up for it today.

Tomorrow will be hectic

Tomorrow will be hectic on both stages, where the GMT and DAQ participants will duel, and downstairs in the hall, as Sunday is dedicated to blitz chess. Three minutes plus two seconds per move are all that the players have per game. At the GMT and DAQ, 14 rounds will be played tomorrow in the closed tournament.

The one-day blitz open tournament will take place in the hall, where 13 rounds will be played, and around 120 players are expected.

7K health-care workers to be deployed in ’22–DOLE