On Saturday, the Sparkassen Chess Trophy 2022 will begin in the Congress Centre of the Westfalenhallen Dortmund. In its 49th edition, it will be the second-largest chess festival in Dortmund’s history with probably up to 500 participants from over 20 countries. One of the main tournaments, the NC World Masters, is dedicated to the innovative chess variant No Castling Chess. Here, chess is played with the familiar rules, only without the possibility of castling. This year, a four-player double-round tournament is scheduled from Monday, 18 July: 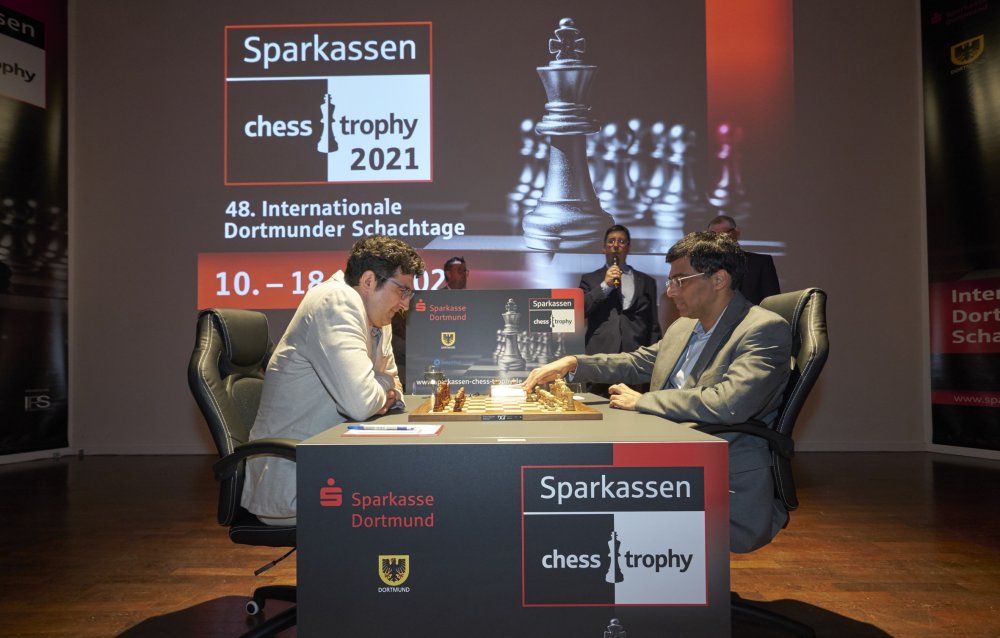 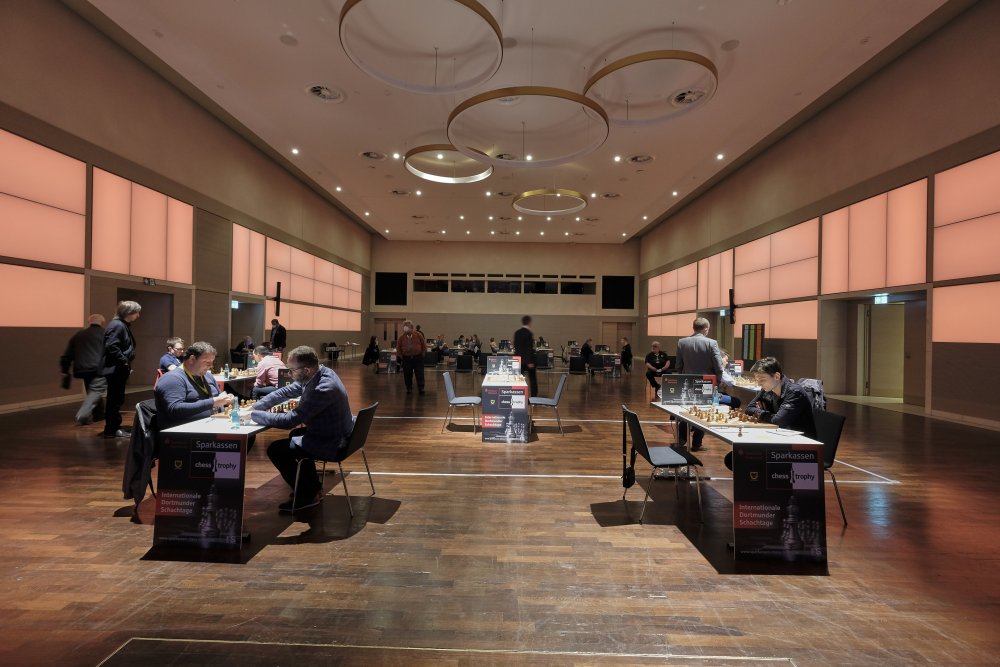 From Saturday, 16 July, together with the two Sportland NRW Cups, the open tournaments will start as Sparkassen Open A and B with a great response. In the morning, the Sparkassen Open B will be played for players up to rating 1900, so that the participants can follow the grandmasters in the afternoon in peace. The Sparkassen Open A runs parallel to the round-robin tournaments and is also peppered with a number of internationally renowned titleholders. Here, for the first time in many years, there is also a realistic chance for aspiring players to score title norms.

Registration for both opens is still possible for those who make up their minds at the last minute.

For those staying at home, the Sparkassen NC Online Open will be offered as the seventh tournament after last year’s success. This way, every chess enthusiast can be part of the chess days free of charge and try out chess online without a chessboard. The prizes include an invitation to the 50th International Dortmund Chess Days 2023 with an overnight stay in a tournament hotel.

The Dortmund Chess Days are open to the public and spectators are personally welcome again this year. In addition, the organizers will offer live games, current pictures and videos with impressions and analyses of the best players in the world via the homepage and YouTube, just like last year. In addition, there will be live commentary by GM Artur Yusupov and Fiona Steil-Antoni from the tournament hall. They will be supported by alternating grandmasters of the Deutschland Grand Prix.