In one of the most exciting finals in recent years, Israeli GM Boris Gelfand won the blitz tiebreak against big favourite Viswanathan Anand to grab the Leon Masters title.

The match was very entertaining and included a number of tough strategic battles. Anand took the lead by winning the first game with the black pieces and everything seemed to be in his favour, but Gelfand counterattacked in the second game, also with the black pieces, thus equalizing the match and silencing the voices that considered him already defeated.

In the third game, the player from Minsk overwhelmed the player from Chennai in a typical Catalan in which he sacrificed a pawn early on in exchange for the initiative. The tables had turned, and a draw was enough for Gelfand to win the tournament. However, playing with Black against Anand has never been easy, and the Indian again levelled the score.

Everything was to be decided in the blitz tiebreak at the devilish pace of 5 minutes for the game with 3 seconds increment after each move. In the blitz, Gelfand proved to be stronger. Despite not obtaining good positions in the openings, the Israeli managed, by playing energetically, to create difficult-to-solve problems for his opponent.

Gelfand won both games and was crowned winner of the 2022 Leon Masters after a truly unforgettable final match. 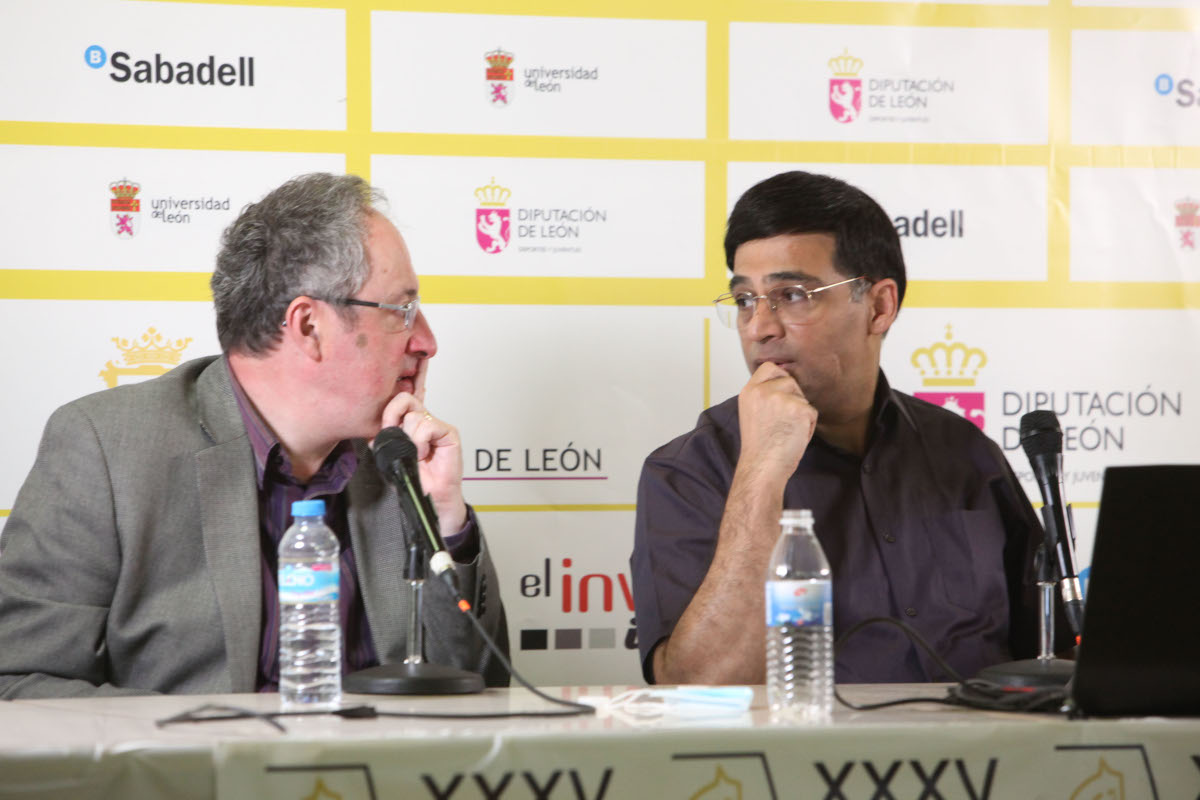 Boris Gelfand is one of the world’s greatest experts in the highly complex Catalan Opening, but on this occasion a lapse of memory played a dirty trick on him. Gelfand weakened his kingside based on a superficial calculation, which Anand went on to refute in grand style.

White’s position from this point onwards was impossible to defend, which Gelfand recognized by resigning on move 30. Anand’s important win with Black brought him very close to potentially his tenth win in the Magistral.

Boris Gelfand, faithful to his classical style and his favourite opening systems, once again allowed his rival to play the Rossolimo against his beloved Sicilian Defence. As if it were an encore of the 2012 World Championship, the two returned to the discussion they had back then, entering the position that arises after 3…e6.

On this occasion, Anand chose to set up a hedgehog-like structure. Crouching behind the spikes of his pawn barrier, he was able to seize the right moment to break in the centre.

Both contenders made mistakes, but in the end it was Gelfand who, by converting a rook ending with impeccable technique, scored a well-deserved victory that allowed him to level the score with two games to go.

Gelfand took the lead after a resounding victory with his Catalan Opening. Boris Gelfand repeated the approach of the first game, but this time the plan that had failed earlier was better implemented and served to obtain a dominant position. Anand played an inaccuracy that left him at the mercy of his opponent, who with the initiative in his hands was ruthless and scored his second victory in this final.

Anand was obliged to win the fourth game to force a blitz playoff.

Great reaction from Anand in the fourth game. It was another Rossolimo system in which Gelfand achieved a more than acceptable position, but the strategic complexity of the position demanded very precise play from both grandmasters.

Gelfand was the first to err. By allowing the exchange of his bishop pair, the Israeli was left with a passive bishop against Anand’s all-powerful knight.

In a position of technical character, Anand converted his advantage in ruthless style.

The 35th edition of the Leon Masters was decided in a tiebreak of two blitz games in which the contestants had 5 minutes for the whole encounter and 3-second increments per move.