Vishy Anand won the last game of the semifinal match against Jaime Santos, and will face the winner of the semifinal between Boris Gelfand, a legend of the chessboard who has already won the Magistral twice, and the young Russian GM Andrey Esipenko in Sunday’s final.

Suspense was kept until the end in the match between Anand and Santos, both of whom showed a very high level. Only the very refined technique shown by the Indian champion in the last game finally decided the result in his favour.

The chess day started very early, with the presence of Rey Enigma throughout the morning in the streets of León.

In the afternoon, the focus moved to the Ciudad de León Auditorium, where the first semifinal was held. Avelino Crespo, technical secretary in the Junta de Castilla y León, was responsible for the ceremonial first move. 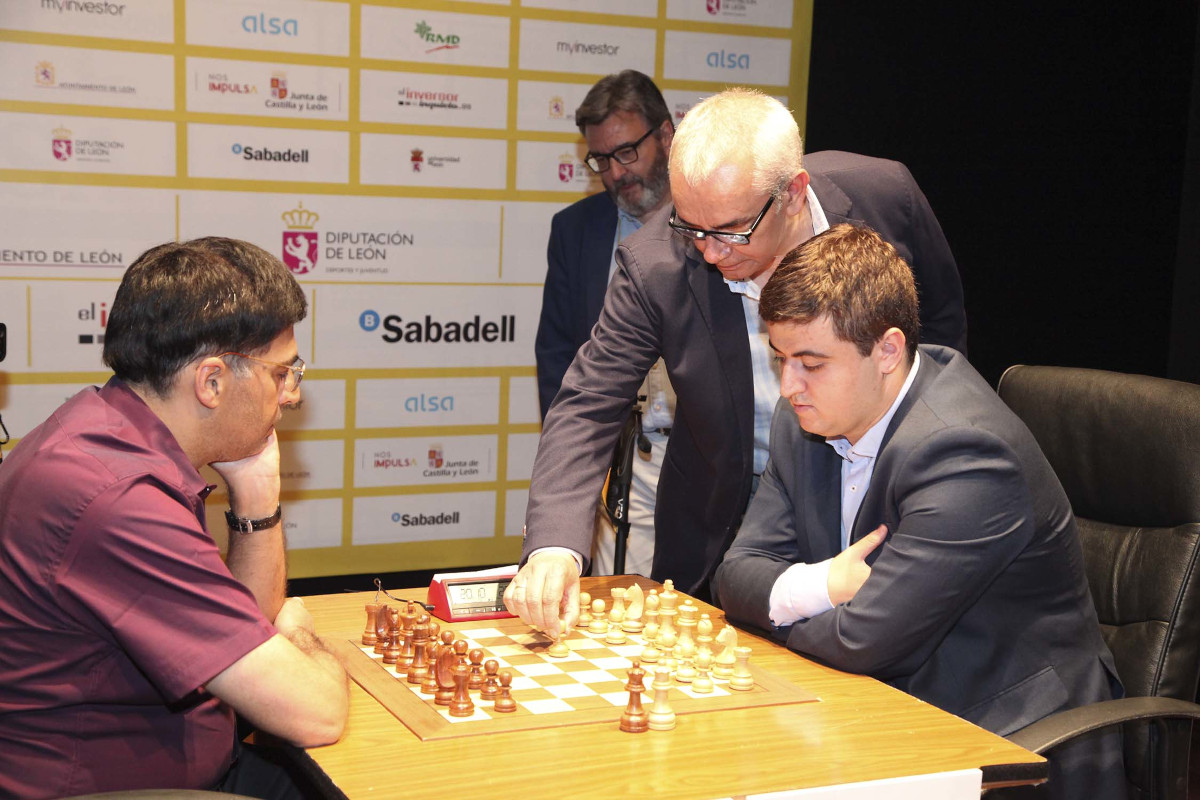 Before the start of the Santos-Anand clash, magic burst onto the stage of the Magistral at the hands of the international magician Xulio Merino, who has given the tournament a playful touch with brief and impressive magic shows at the start of the clash and during the breaks.

The chess show continues on Saturday with new appearances of Rey Enigma in the city, with the VII Chess Open ‘Ciudad de León’, which will bring together more than a hundred players in the Auditorium and with the second semifinal of the main event, which will pit Boris Gelfand and Andrey Esipenko against each other. 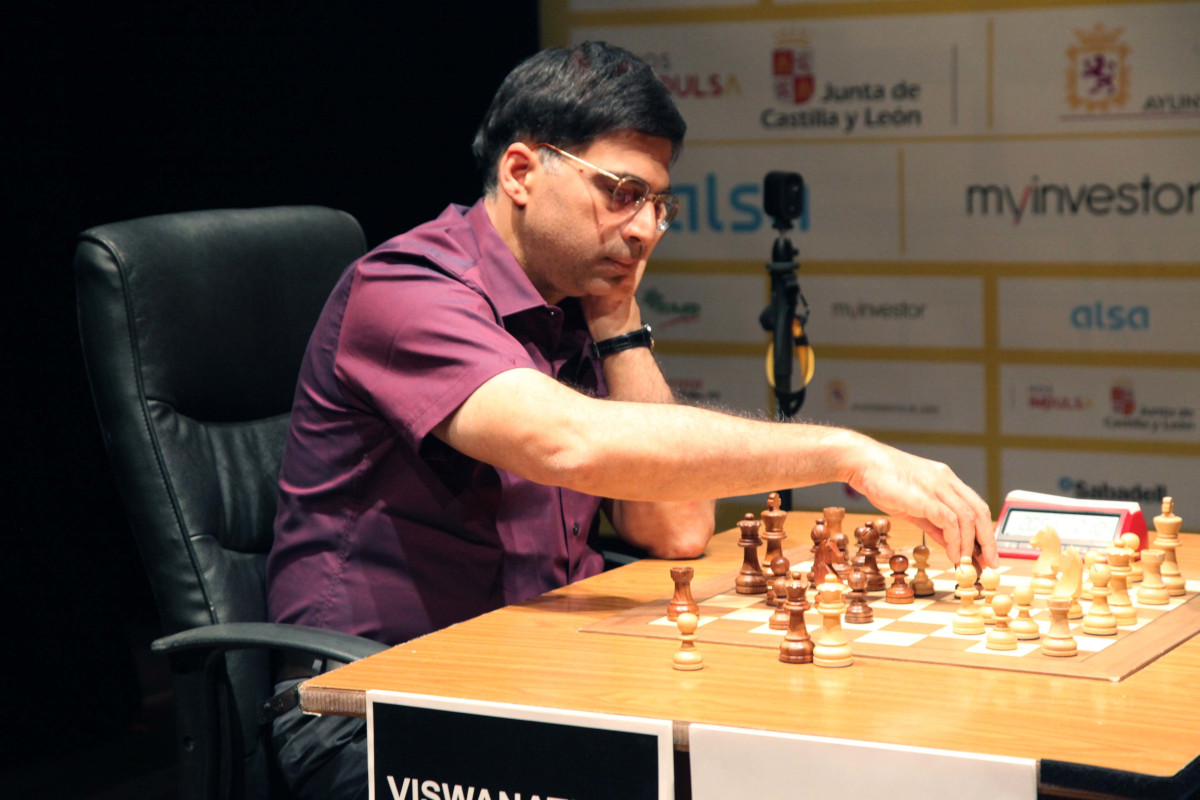 Find below game comments from the first semifinal by International Master Sergio Estremera.

A brilliant victory for Jaime Santos in the first game of the match. Facing the Spanish opening put forth by the player from León, Anand went for the open system, but the chosen variation had a flow which Jaime Santos, showing great preparation, was able to punish, and with a very precise and direct played he scored the victory in just 25 moves.

A miniature against a world Champion!

Vishy Anand hit back and drew the match. Once again a Spanish Opening, this time played by Anand, one of the greatest experts in history. After the first 15 moves, a difficult positional problem arose as to whether or not to exchange Black’s apparently strong bishop for White’s knight. The position required Black to make this difficult decision in order to keep the balance. In the end, it was Anand who successfully dealt with this complex positional issue, and with his move 26.Nf5 he definitively avoided the exchange (…Bxe3) which Santos could have played on at least three occasions.

From then on, the game definitely swung to the side of the five-time world champion, who thus levelled the score in the first semifinal.

The solid Catalan Opening was Jaime Santos’ choice in his last white game of the match. Anand defended with one of the most solid options which, although it left White with a slight advantage, offered Black many possibilities to neutralise it. Jaime Santos, however, almost managed to increase the advantage with a brilliant manoeuvre with his bishop which gave him a pawn advantage, forcing Black into a difficult defence.

In time trouble, Santos played an inaccuracy that allowed his experienced opponent to simplify, and the game ended in a draw. Both opponents played a game of the highest technical level, keeping the score balanced with one game to go.

In this fourth game, in which the open system of the Spanish Opening was again played, Jaime Santos managed to overcome the opening problems and soon reached an endgame in which his slightly inferior structure was compensated by the greater activity of his pieces.

However, the somewhat hesitant play of Black allowed Anand to neutralise this activity and finally impose his structural superiority in what was a masterclass in chess technique.