Summer of chess in Miami

The world’s top chess stars will be flying to Florida this summer for the biggest esports chess tournament ever held on US soil. The Meltwater Champions Chess Tour will hold its second Major of the season, the FTX Crypto Cup, in Miami from August 15 to 21.

The FTX Crypto Cup will offer the Tour’s largest prize fund so far this year: $210K plus an additional $100K tied to the price of bitcoin provided by leading cryptocurrency exchange FTX.

But first, a thrilling battle for qualification in the sixth Tour event of the season will take place online from July 10 to 17 titled the FTX Road to Miami in which a line-up of top players will compete for places and a prize fund of up to $150,000.

Top of the bill is new US star and world No.5 Levon Aronian. Four more American stars will be in the mix: Miami-resident Leinier Dominguez, former US champ Sam Shankland and three young talents Samuel Sevian, Jeffrey Xiong and Hans Niemann. 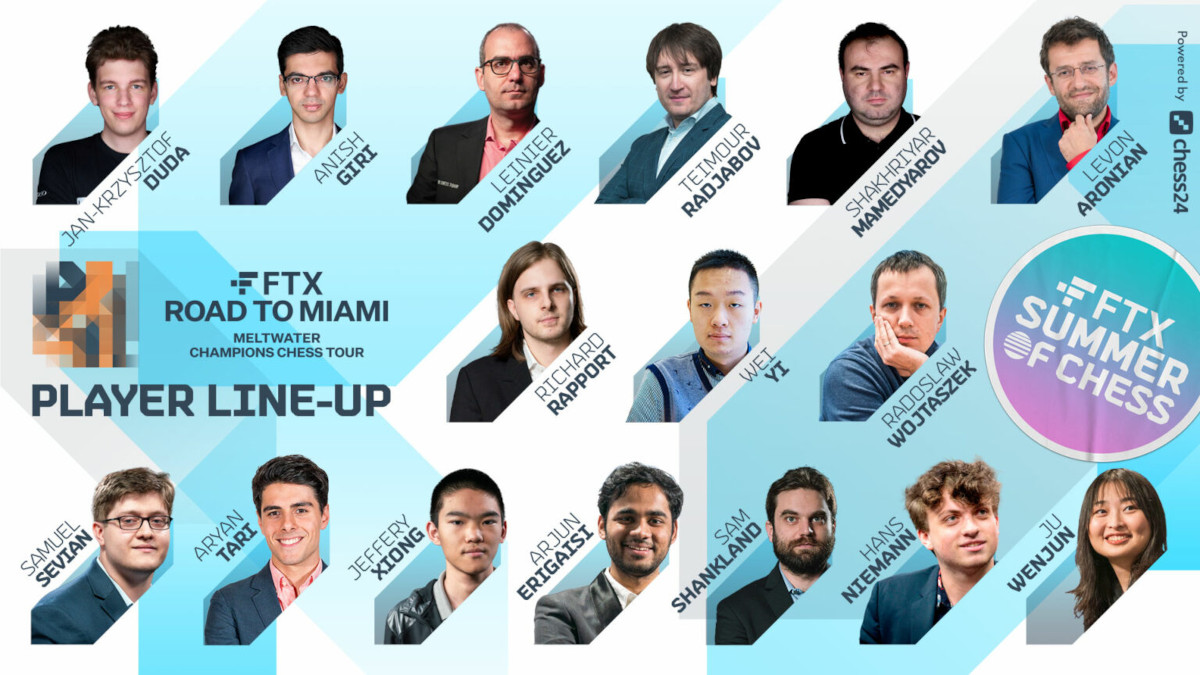 As it stands, world No. 2 Ding Liren and teen sensation Rameshbabu Praggnanandhaa have already qualified for the FTX Crypto Cup by placing first and second respectively in May’s Chessable Masters tournament.

World Champion Magnus Carlsen is also in a comfortable position to qualify as the current overall leader in the Tour season.

The 2021 edition of the FTX Crypto Cup received the highest press coverage of the Tour at that time, and highlighted the natural intersection of the two passionate chess and crypto communities in a thrilling tournament that saw Magnus win his first Tour event, and first of its kind integrations for both chess and sports.

We are thrilled FTX has agreed to continue to expand their presence in chess by funding a physical event in Miami unlike any other chess tournament seen before. 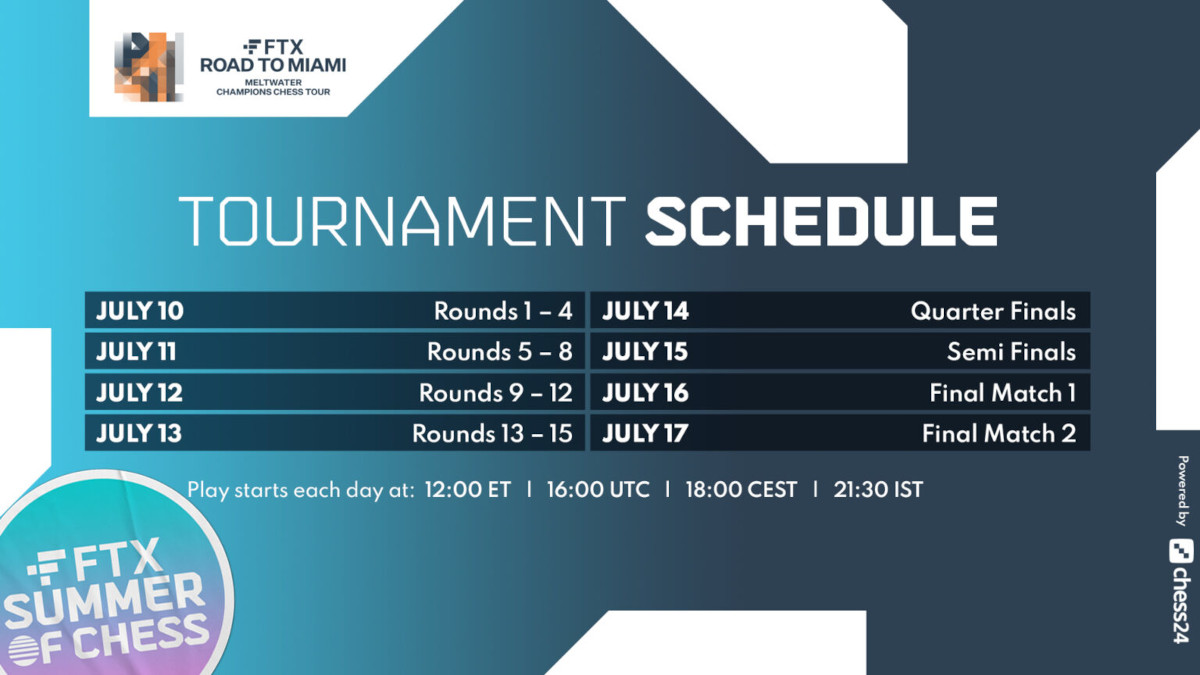 As part of the FTX Crypto Cup, an exclusive key will be offered for free to fans around the world that will unlock unique fan experiences including fantasy challenges, chess activities and giveaways, and $100K in rewards and prizes which will be distributed throughout the Summer and during the tournament. Grab a free key!

Anyone can claim the key for free by visiting https://ftxcryptocup.com/ and claiming the free NFT with their FTX wallet. CEO and Founder of FTX Sam Bankman-Fried said:

Chess is a game open to everyone and anyone, much like blockchain technology, which provides financial opportunities to everyone from those on the institutional-scale to the unbanked. It will be fascinating to see how the players continue to innovate, as we always strive to do at FTX, and push the game forward during the Crypto Cup in Miami.

The event will be the second Major of this season’s Meltwater Champions Chess Tour and kick off with a star-studded opening ceremony on August 14. At the opening ceremony, the Tour’s first Celebrity Cup will feature celebrities paired with Tour players in a hand and brain showdown. 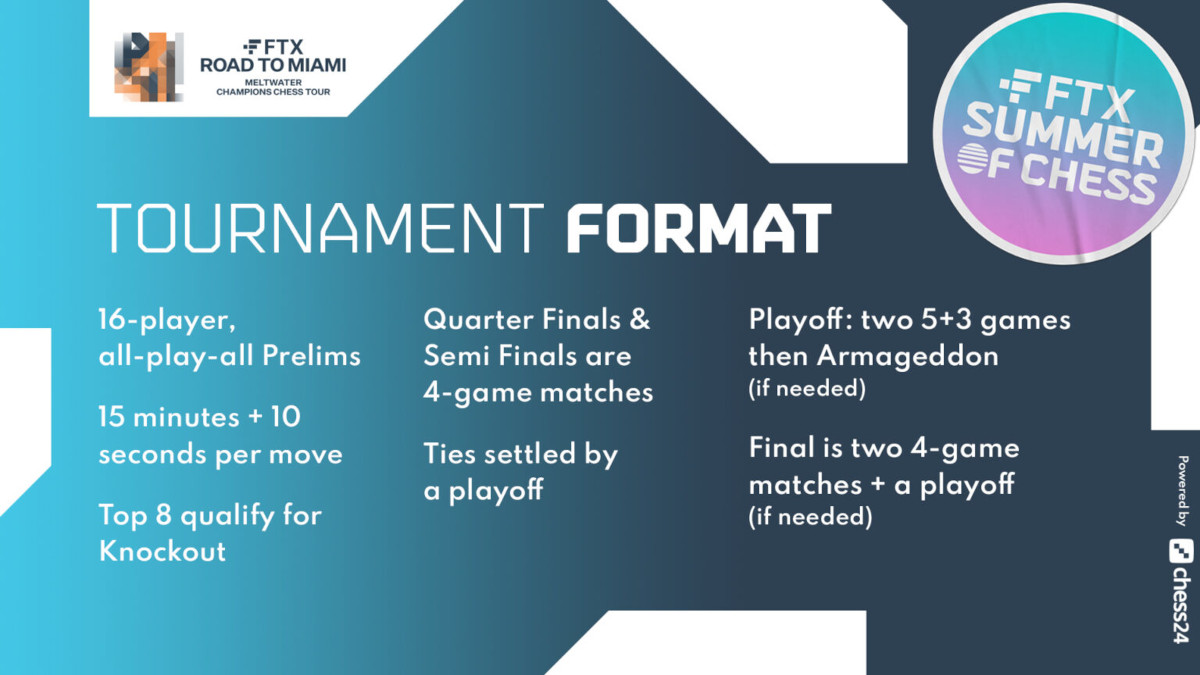 FTX is the Official Cryptocurrency Exchange Partner of the Meltwater Champions Chess Tour and was the title partner of the first FTX Crypto Cup in the inaugural season of the Tour.

ICC to open probe on ‘situation in Ukraine’: prosecutor