Chess legends, players and Spanish dignitaries got together at the Four Seasons Hotel in Madrid to celebrate the end of the most important chess tournament of the year. During the past two weeks, eight players played 56 games altogether to determine who will be the challenger for the title of world champion in chess. 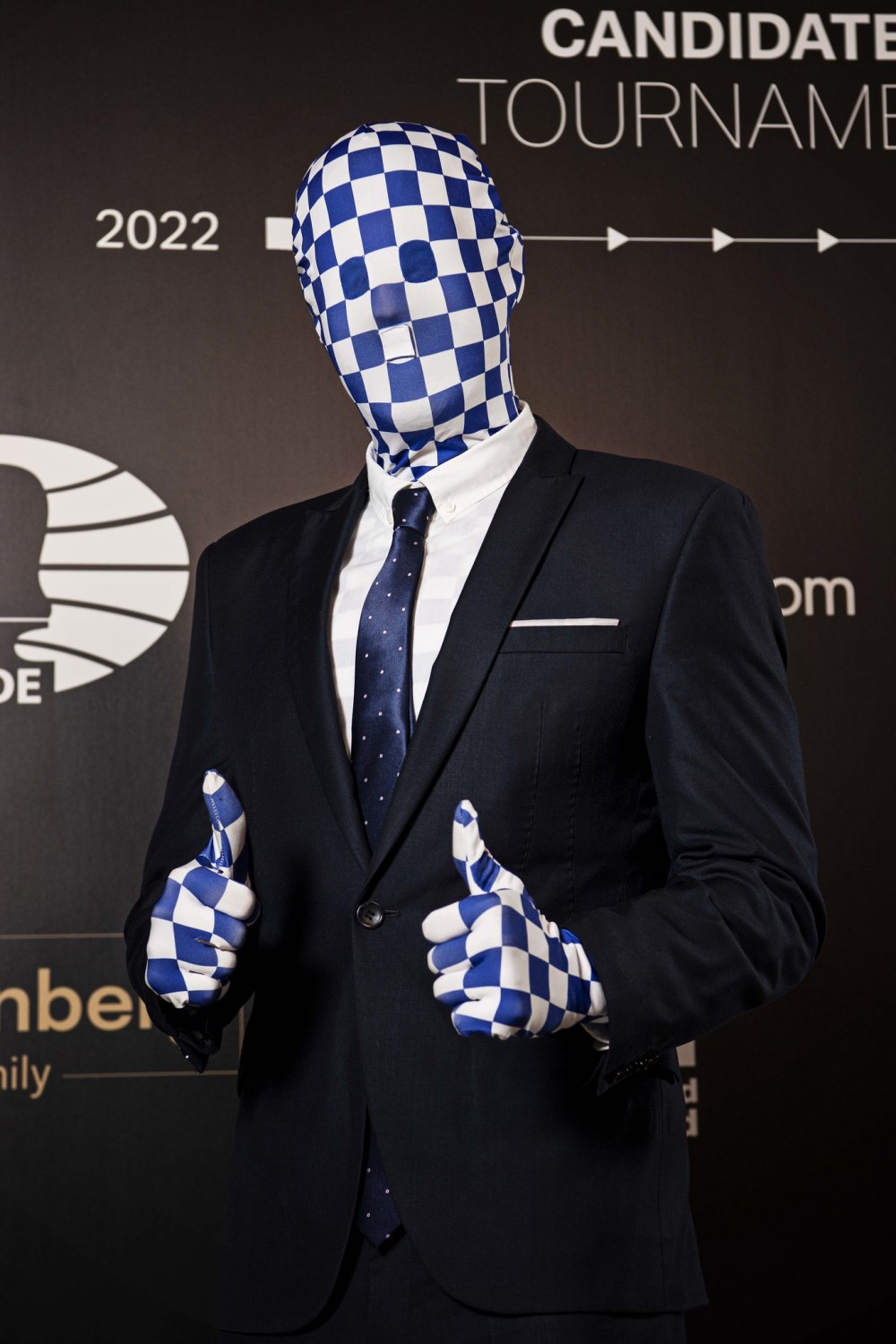 The winner of the Candidates, Ian Nepomniachtchi, was greeted with a big round of applause as he got up to receive his prize. After FIDE President Dvorkovich placed a laurel wreath on Nepomniachtchi’s shoulders and gave him the trophy, Ian held it up high with a big smile on his face. As if Nepomniachtchi finally felt he could breathe out and fully embrace his great success.

“A few days ago, I could not imagine there would be such an opportunity [to receive the trophy and give a speech], and, of course, I didn’t prepare anything,” said Nepomniachtchi. However, he added:

‘My previous memory of Madrid was getting stuck on New Year’s Eve for a day [at the airport], and I didn’t like it. Now, however, I found out that this is a beautiful city. I was really amused how chess is being celebrated here… and people being so emotional about chess which you normally don’t see very often’. 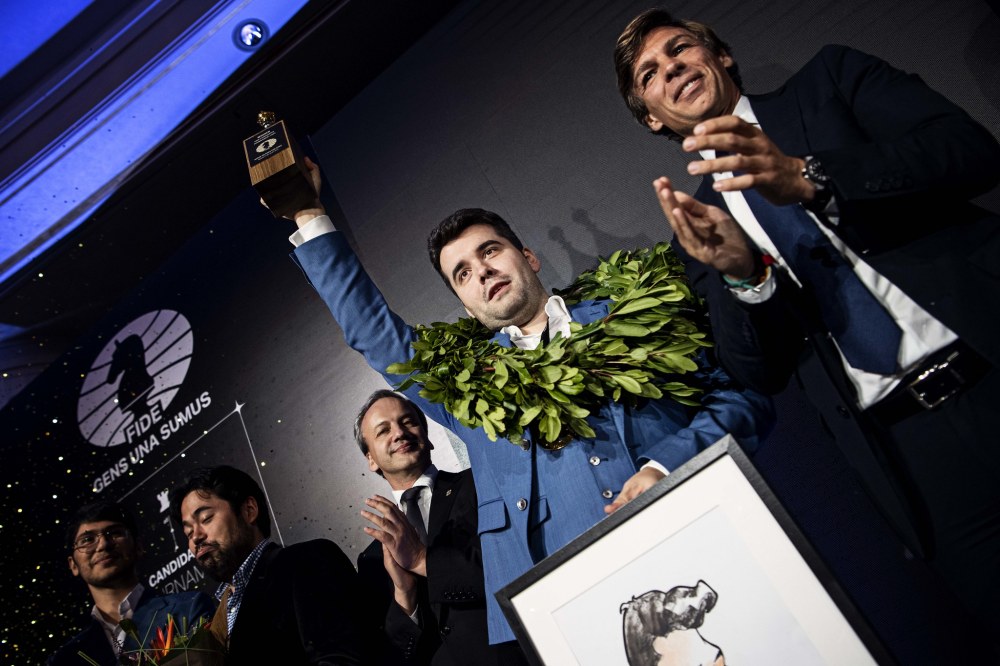 In his speech, Nepomniachtchi thanked the former world champion Viswanathan Anand “for being an example” and helping him recover following his loss in the Dubai match for the world title Magnus Carlsen.

After thanking his team and everyone who supported him, Nepomniachtchi ended with a message:

‘I really hope that the end of this year will be better than its beginning’.

FIDE President Arkady Dvorkovich thanked the players and the organisers for a ‘fantastic event’.

‘From round one to the last round, it was a very big fight. I saw how much the players love chess, and this is what we all share – love for chess, playing chess and watching chess. I hope we will continue doing this for years’, Dvorkovich said.

FIDE president also thanked the Spanish and international media for the wide coverage chess has received over the last two weeks.

Among the special guests of the evening were former world champion Vishy Anand and the strongest woman player ever, Judit Polgar.

Speaking on behalf of the regional government, Alberto Tomé thanked FIDE for choosing Madrid for the Candidates and pledged further support for future events. The sentiment was echoed by the president of the Spanish chess federation Javier Ochoa de Echagüen.

“We thank FIDE for having trust in us, and we hope to collaborate in future tournaments. We’d like to see you again soon,” Ochoa de Echagüen said.

“Tonight we will celebrate, expressing our appreciation for the winners of the tournament. This is also a celebration of the great team who has been doing their utmost to make this a success. For the eight Candidates this has been an event saturated with emotions. For us this was a blitz game and a hand and brains game. Thank you to all the technical team who helped make this event happen.”

The ceremony was followed by a gala dinner and a flamenco performance.

Earlier in the day there was a press conference involving FIDE President Arkady Dvorkovich, and the top finishers of the event – Ian Nepomniachtchi, Ding Liren, and Teimour Radjabov. The press event was held at the Palacio de Santona, where the tournament took place. 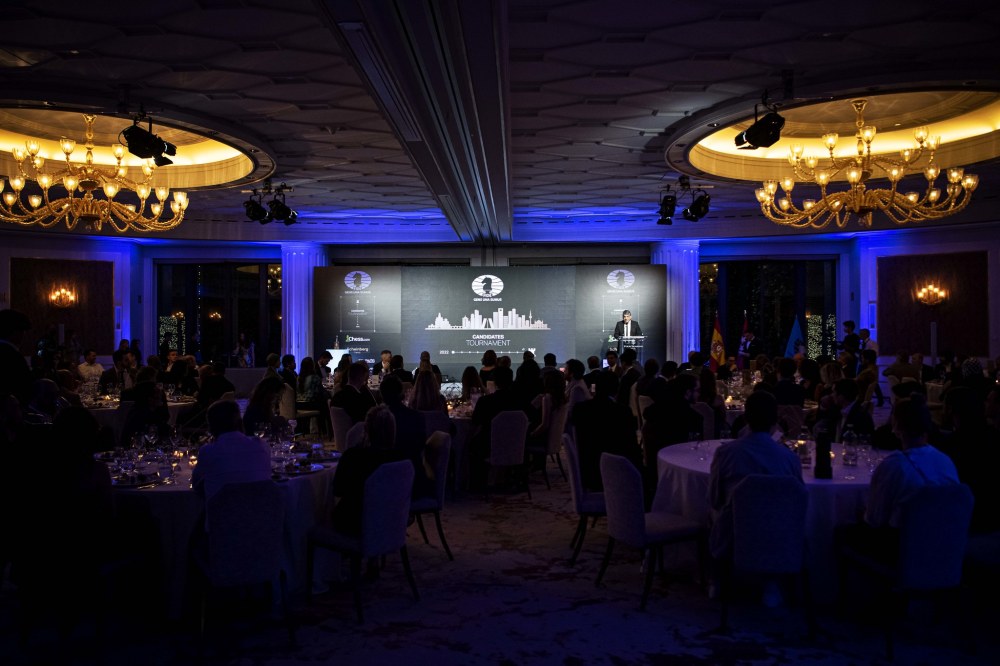 The FIDE President announced the start of the process of organising the match for the title of world champion and the beginning of the next world championship cycle.

The players answered questions about their play, the tournament, the impact of Covid, how engines have affected their play, and more.

A video of the closing press conference is available on our YouTube.

Korchnoi vs Kasparov: The clash of giants

LeBron James on the Lakers’ Defensive Woes: ‘It’s Been Challenging’

Back rank tricks in the Catalan