At the halfway mark in the Candidates Tournament, Fabiano Caruana stood only a half point behind Ian Nepomniachthi in what had become a two-horse race in Madrid. Since round 8, though, the scenario changed drastically. Caruana has lost three out of his last four games, while Nepo has scored three draws and a win to enter the final three rounds of the event with a 1½-point lead over Ding Liren.

Always wanted to play like a World Champion? Search no further! With Magnus Carlsen using the Sveshnikov variation as his weapon of choice in the World Championship match against Fabiano Caruana, this DVD could not be better timed.

In hindsight, Caruana’s inability to put more pressure on Nepo from an advantageous position in round 9 might be considered the psychological turning point for the US grandmaster. Since then, Caruana first was overly aggressive against Jan-Krzysztof Duda (he lost that game), and then was unable to keep a cool head once he failed to make the most of a better position against Ding (also lost).

Caruana had the white pieces against Ding on Thursday.

Engines evaluate this position as close to equal. However, from a human point of view, it is clearly more comfortable to play with white. With queens and rooks still on the board, the presence of opposite-coloured bishops means king safety is crucial — and the black king is more vulnerable than its white counterpart.

White made progress slowly, as Ding kept finding the most critical continuations. Caruana managed to push his e-pawn up to the seventh rank, but a small misstep left him needing to find precise moves to deal with Black’s threats.

When 57.Be3 was played, Caruana had less than five minutes on the clock and was eagerly waiting to get 15 extra minutes on move 60. On the other hand, Ding had about a half hour left.

The move Caruana failed to foresee was 57…Qg3 — the bishop is now pinned on e3, and White has lost piece coordination, giving his opponent key tempi to transfer his rook to the h-file and his bishop to the long diagonal.

Suddenly it was Ding who had winning chances. Caruana’s decisive mistake came on move 75.

In the diagrammed position before move 75, White could have kept the fight going with 75.Rc2. The devil is in the details in these double-edged endgames!

Shortly after, only three moves later, Caruana threw in the towel. This was Ding’s third consecutive victory in Madrid. 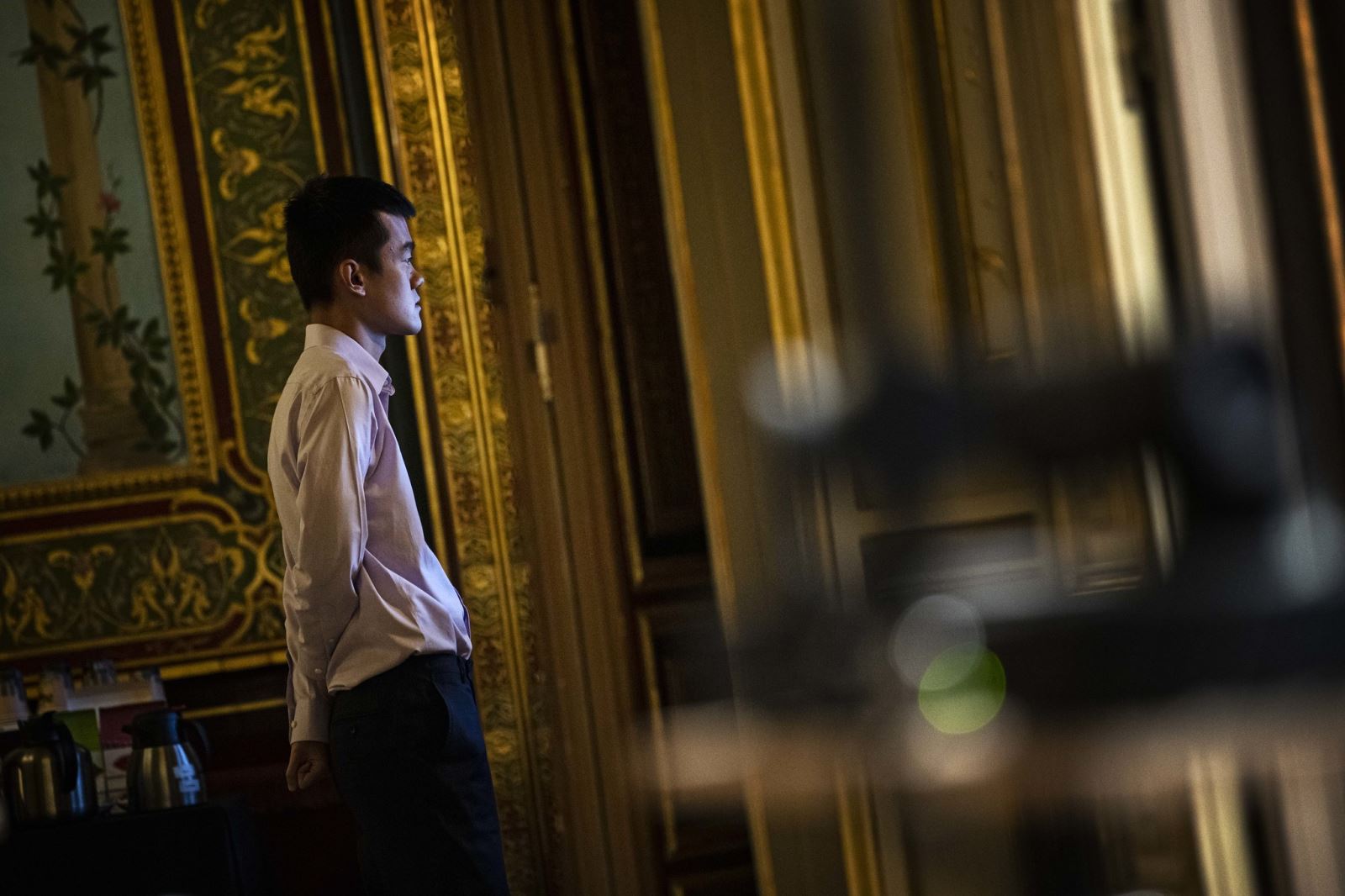 Last year in April, Ian Nepomniachtchi was leading the standings of the 2020-21 Candidates Tournament after eleven rounds of play. Unlike in this edition, though, he had only a half-point lead over Anish Giri, who defeated Ding in round 11 to become Nepo’s main chaser. The following two rounds saw 7 out of 8 finishing decisively, with the results allowing Nepo to win the tournament with a round to spare.

Fast-forward to the 2022 edition, and we have the same leader after eleven rounds — but there is markedly less intrigue left.

In round 11, Nepo faced Alireza Firouzja. As ‘preparation’ for this crucial game (perhaps not crucial for him, but certainly for other competitors), the youngster had spent five hours playing bullet games online until around 6 am local time. Judit Polgar, who is commentating on the chess24 webcast, had this to say about the 19-year-old’s spree:

The thing is that it doesn’t always turn out so badly the next day, but I just think it is not the right attitude in the long run.

We might speculate that Firouzja felt burnt out after having spent so much energy preparing for the tournament. Playing bullet was, perhaps, what he needed to get a bit of a respite. 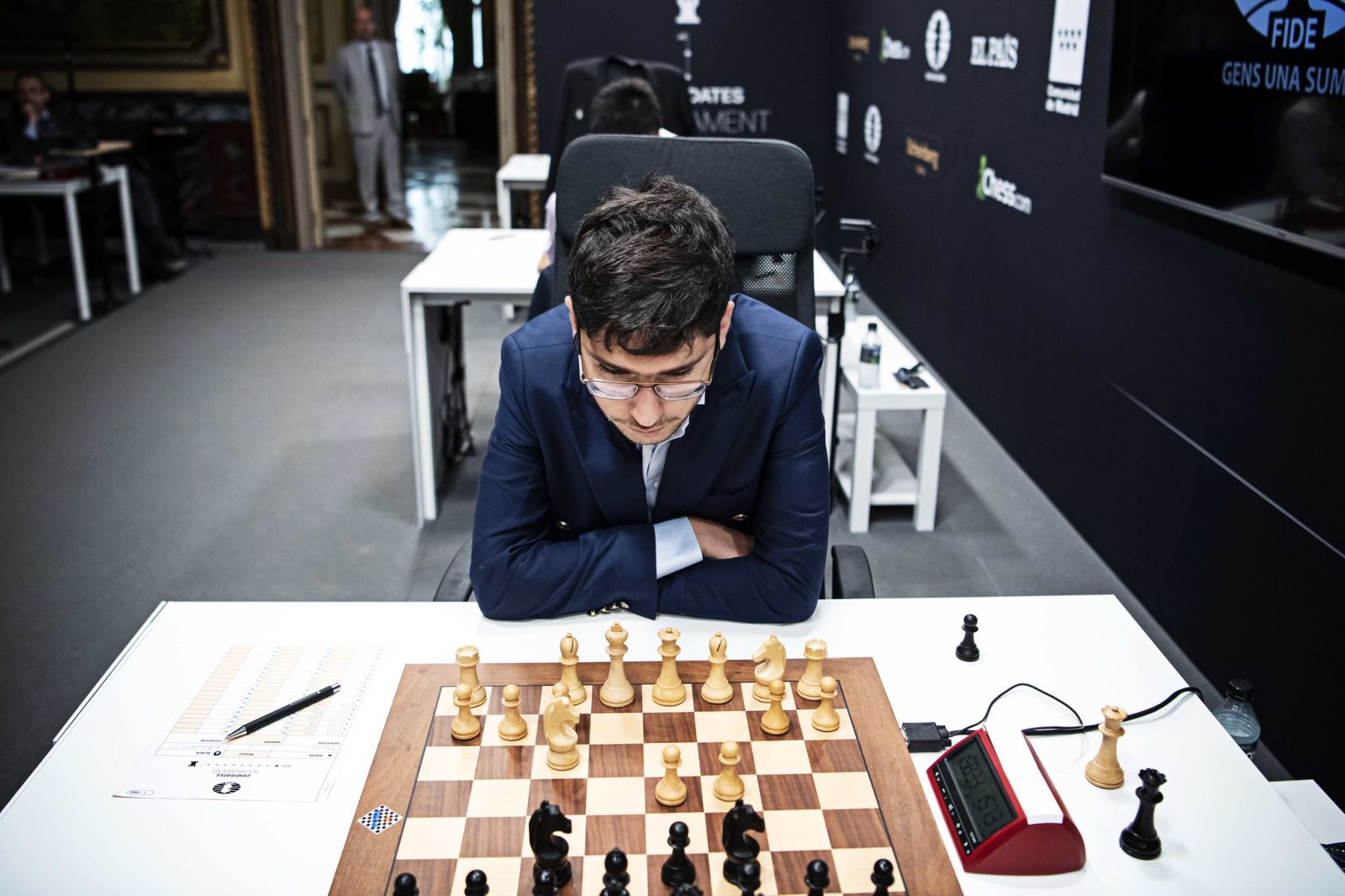 Back to classical chess. Against Nepo’s sturdy Petroff, Firouzja decided to avoid the main lines, and quickly showed he was in a fighting mood, as he pushed his g and h-pawns (in front of his castled king) on moves 16-17.

If it ends up working, this is the kind of approach that might receive major praise, but especially when your opponent has been showing such a commanding performance, such a strategy might easily backfire. GM Noël Studer minced no words in expressing his opinion:

Is this the “How can I help Nepo qualify” Candidates?

16.g4? 17.h4? are two of the most absurd moves I’ve ever seen in top-level chess. #FIDECandidates

Firouzja’s strategy did create a massively chaotic position, but it also created the perfect circumstances for Nepo to showcase his tactical prowess.

By move 32, the lack of defensive personnel around White’s king was certainly the most important factor in the position.

On the next three moves, Nepo transferred his light-squared bishop to e4, which prompted his opponent’s resignation.

In a recent interview with Dhananjay Khadilkar, Maxime Vachier-Lagrave had this to say about Firouzja’s performance:

It would be an understatement to say he is not playing at his best. His time management has not been great, which isn’t the first time. He definitely has to work on that aspect. At the same time, you can see his potential. […] Overall, it will be a great experience for him to build upon, to look where he committed mistakes and improve. He definitely has the potential to win the Candidates one day. 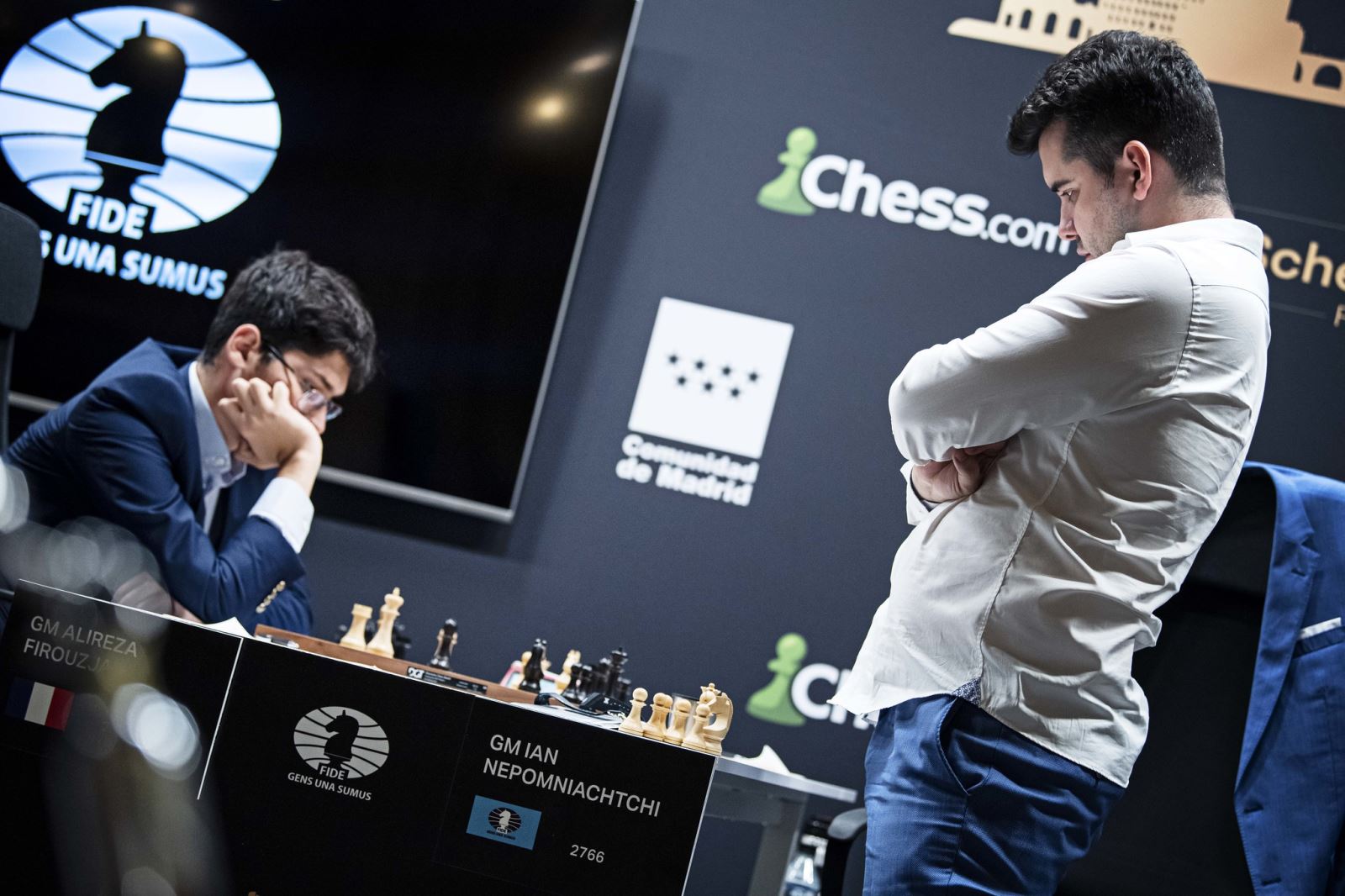 Ian Nepomniachtchi commented: “I did not really understand what was going on today from his side” | Photo: FIDE / Stev Bonhage

How to Watch, Stream NBA Playoffs?