A save for the birthday boy

Alireza Firouzja turned 19 years old at the Candidates Tournament in Madrid. The youngster came from drawing his first-round game from a slightly inferior position against Teimour Radjabov. On his birthday, he once again had the black pieces — and he had a much more difficult task in fighting to get a draw against Richard Rapport.

White could have improved his position further with 38.Rg7+ Kh8 (38…Kf8 leads to mate) 39.Rgd7, inviting Black to exchange a pair of rooks. In the simplified position, Rapport would have proven that his active king and advanced passed pawns are big enough factors to claim a win in this particular endgame.

Instead, Rapport declined to give up his rook pair on the seventh rank by playing 38.Ke4, giving Black a chance to fight back — albeit from an inferior position. At this point, Firouzja was in deep time trouble, and Rapport was playing quickly to increase the pressure on his young opponent.

The Hungarian’s decision backfired, as Firouzja defended resourcefully until eventually getting the half point. Although it was not easy at all, Firouzja managed to escape with draws in the two games with black that marked the start of his first outing at a Candidates Tournament. 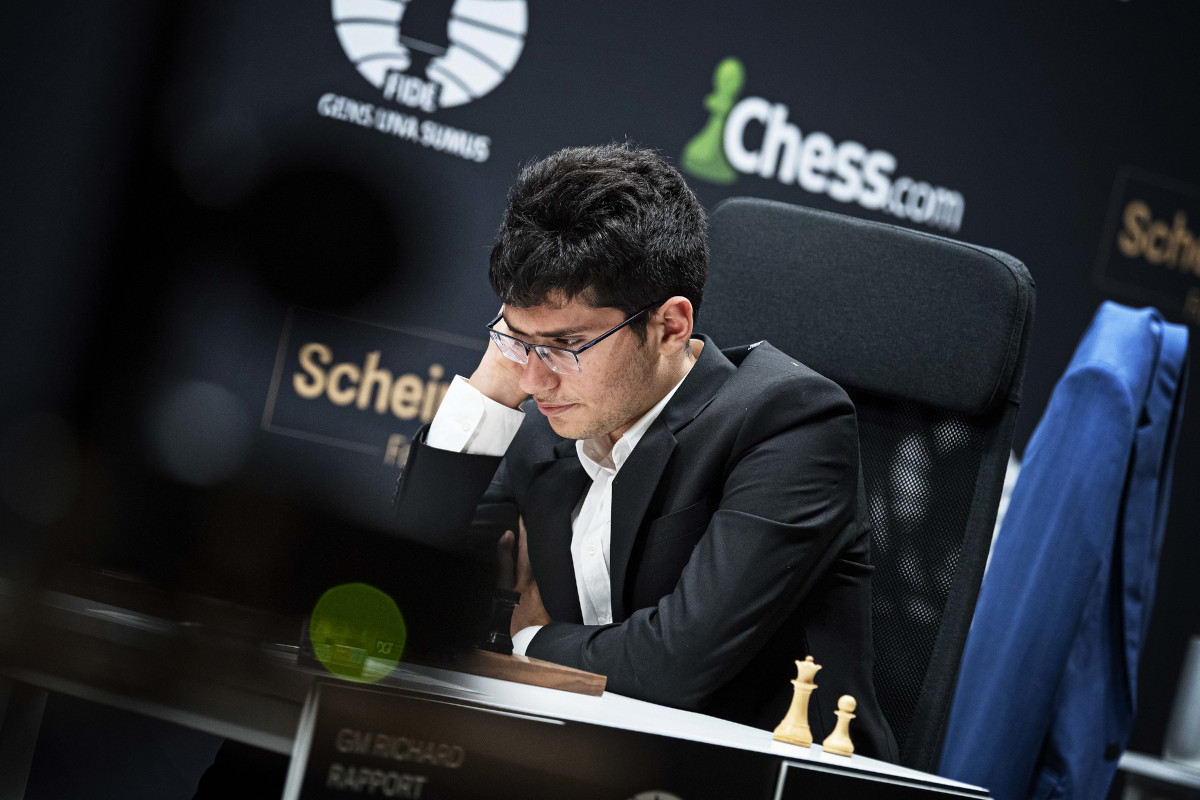 Referring to the novelty he played on move 10 in his game against Ian Nepomniachtchi, Fabiano Caruana said:

I knew Ng4 would come as a surprise. I don’t know if many people have analysed this move. […] It is borderline losing, a huge gamble.

Indeed, the US grandmaster succeeded in surprising his well-prepared opponent.

Nepo, who is known for playing quickly even in classical games, spent around 35 minutes on his next five moves, as Caruana continued to blitz out his home preparation.

The Russian employed a sensible approach in reaction to the novelty, but on move 17 decided to try his chances by giving up a pawn as he lifted his queenside rook to the third file.

17.Ra3 left the d4-pawn hanging. For the first time in the game, Caruana used a considerable amount of time, as he spent 9 minutes before capturing the sacrificed pawn.

With Black’s kingside pawns sitting on g5 and h6 in front of his own king, a tense battle ensued. Eventually, Caruana got in the driver’s seat, but he also began to find himself low on time. Around move 30, the American chose to repeat the position and secure the half point.

Nepomniachtchi and Caruana continue to share the lead after two rounds in Madrid. 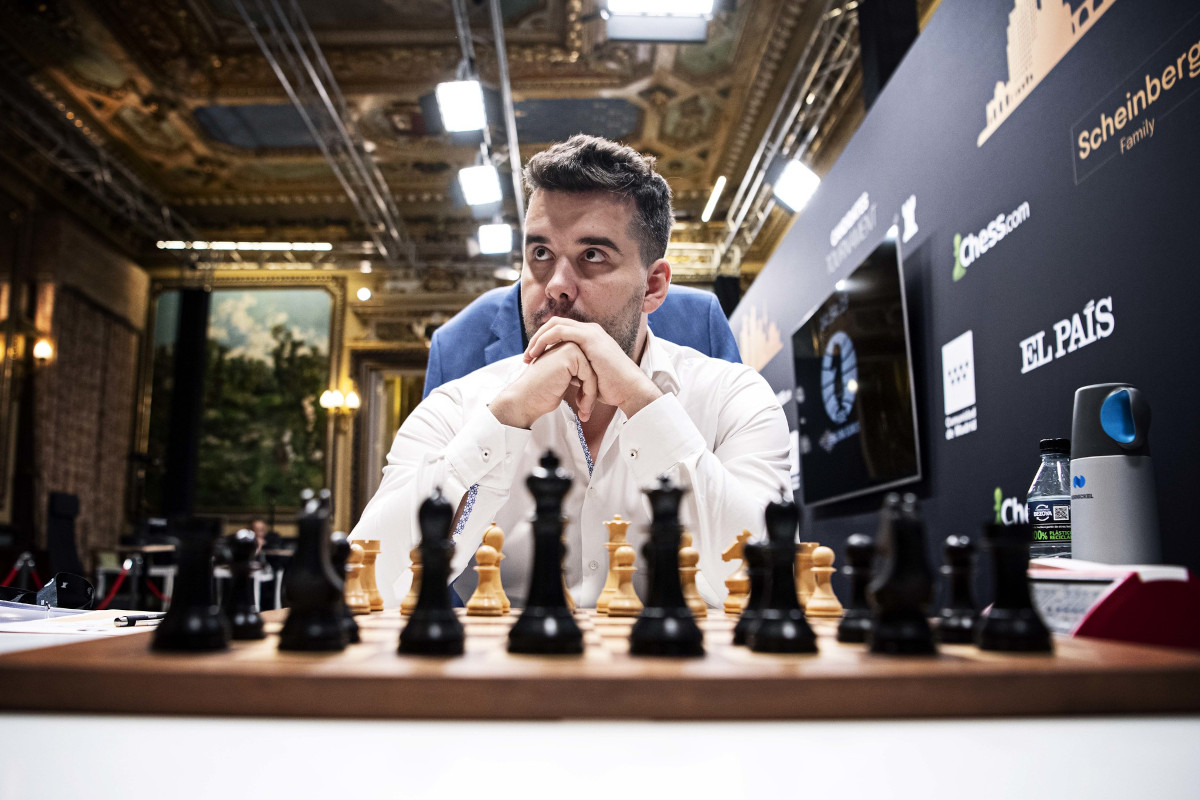 Two players who made a name for themselves by employing sharp King’s Indian Defences — and then switched to a more positional approach — played the only decisive game of the round. Hikaru Nakamura had the white pieces against Teimour Radjabov, and got a comfortable edge in the early middlegame.

Once the queens left the board and a rook-and-knight against rook-and-bishop endgame appeared on the board, Radjabov decided to prioritize activating his rook instead of defending his weak pawn on move 35.

The Azerbaijani could have tried to defend the inferior position with passive play, as it is hard to find a way to make progress with white. Instead, he went for 35…Rd5, allowing 36.Rc6 and there is no way to defend the a-pawn.

Converting the position was not at all trivial. Or, as Dutch GM Max Warmerdam put it:

Does anyone understand the Nakamura-Radjabov endgame?

From this position, Nakamura needed sixteen more moves to get the full point and return to a fifty-percent score after his first-round loss against Caruana. 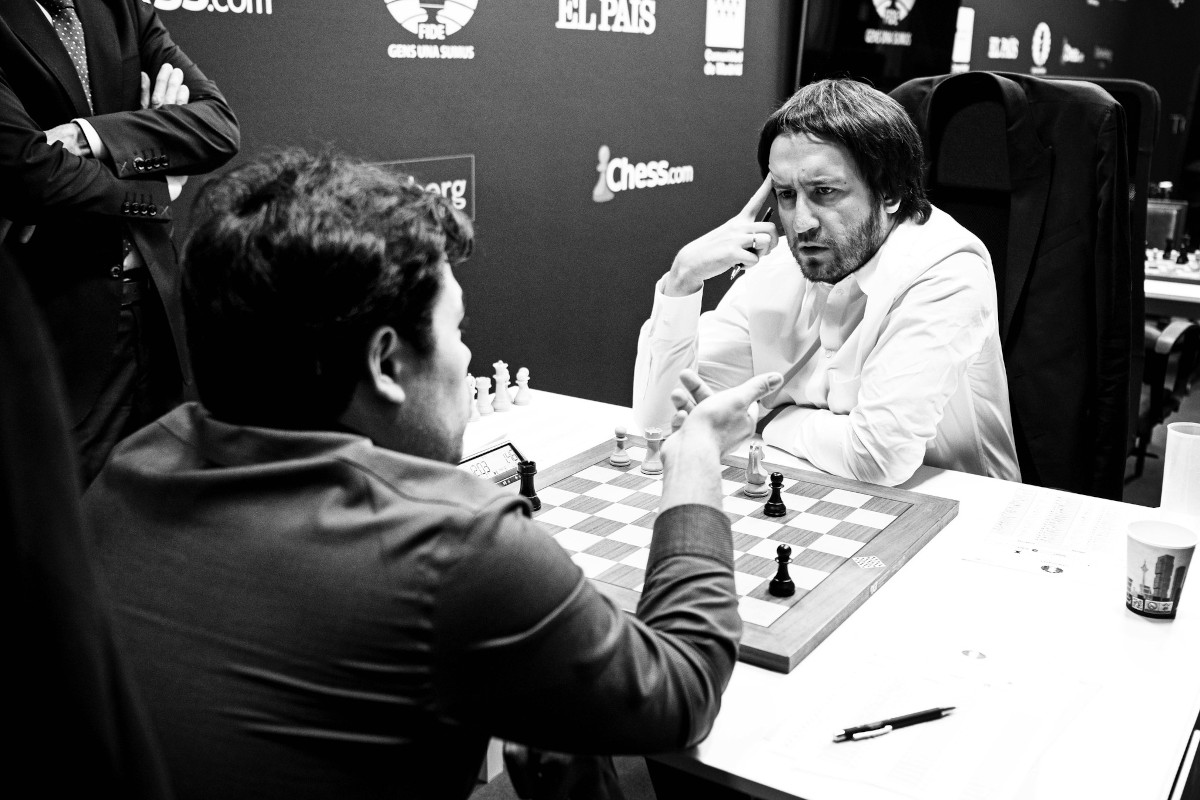 Joshua Buatsi vs. Craig Richards on May 21st on DAZN

UniTeam wants to do more for PWDs’ cause, welfare

Total confusion on Oleksandr Usyk situation, Hearn has no clue if Joshua fight will happen