There was no lack of intrigue going into the final round of the Prague Chess Festival. In the Masters, Le Quang Liem and Pentala Harikrishna were tied for first place after the latter scored a win on Thursday, while in the Challengers, three promising talents had the same number of points before the final day of action. In the end, Harikrishna and Vincent Keymer took home the titles from the Czech capital.

Harikrishna scored a second consecutive win to get outright victory in the Masters. Facing David Anton with white, the Indian saw his opponent missing a few chances to make the most of his strong attack in the middlegame. Once the dust settled, Hari consolidated his position and ended up demonstrating that his extra piece was stronger than Anton’s two extra pawns.

More drama was seen in the Challengers. Rising stars Hans Niemann, Vincent Keymer and Nodirbek Abdusattorov all had 5½ points after 8 rounds. Abdusattorov, the one player from this trio who had the white pieces on Friday, drew his game, while both Niemann and Keymer scored wins with black to end the event tied for first place on 6½/9.

The youngsters were not only tied on points, but also had drawn their direct encounter, had played the same number of games with black and had the same Sonneborn-Berger score.

How to deal with this unlikely scenario? Well, with some more chess — blitz, specifically. In the 2-game blitz match that followed, Keymer won both games to get the title. The German star won three games on the same day, and two of them were achieved against the player who had himself won three (classical) games in a row to reach the playoff!

As noted in this tweet by the Perlen vom Bodensee magazine, this was Keymer’s first tournament victory since 2018, when he had won the Grenke Open as a 13-year-old.

Keymer earned an invitation to play in next year’s Masters, and it is very likely that Niemann will also be invited, as he is now only 4.8 points away from reaching the 2700-rating mark. 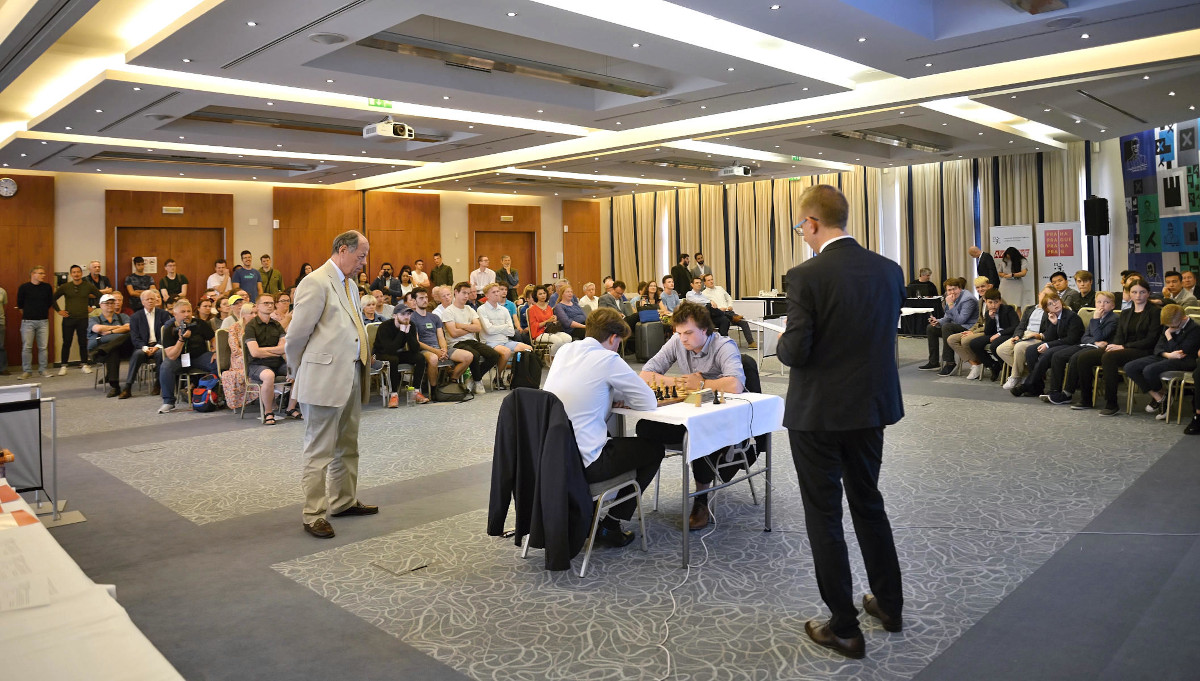 Harikrishna’s final rival, David Anton, did not have a good tournament in Prague, but he is known for being a fighter — so he was not going to miss his chance to at least attempt to end the event on a high note. The Spaniard gave up a knight to get attacking chances on move 23.

By playing 22…f5, Anton allowed 23.f3, and White will grab the pinned knight. It was a sound sacrifice, but Black needed to be precise to make the most of his attack on the kingside.

Harikrishna was not very precise in defence, and found himself in a tough position shortly after. Anton, however, failed to find the most trying continuation on move 29.

29…f4 would have kept the attack going, as 30.Qh3 can be responded by 30…Qg6, and White will most likely need to give up his bishop to avoid a disaster. Instead, though, Anton played 29…Qxh4, losing a key tempo which allowed Hari to bring his rook to the rescue with 30.Rf1.

The engines evaluate the position as balanced, but having the extra piece is easier to handle for a human in this case. Anton did not make it easy for his opponent, but could not keep up the defensive efforts until the end.

By the time Anton resigned, Le Quang Liem had already drawn his game against Paco Vallejo, which meant Harikrishna had won the 2022 edition of the Prague Masters. 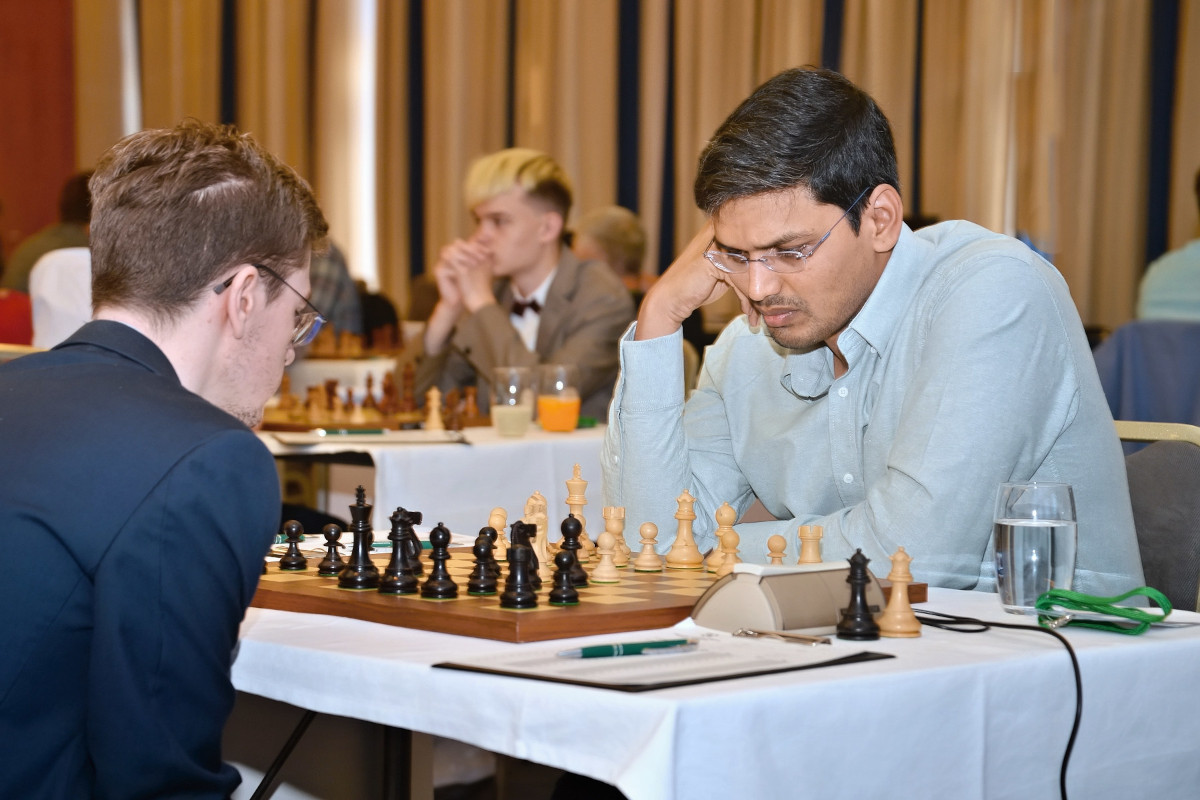 Both Keymer and Niemann ‘worked long hours’ on the last day of action to finish the classical event in shared first place. Both players converted superior positions (with the black pieces) in rather lengthy rook-and-bishop endgames.

This was Niemann’s position against Marcin Krzyzanowski after move 56.

This was Keymer’s position against Max Warmerdam after move 58.

After both converted their winning endgames, the German got ‘the advantage’ of playing black in the first blitz game of the playoff — after all, they came from winning with the black pieces. Keymer won that encounter, and Niemann failed to bounce back in the rematch.

It was a tremendously tiring event for all the participants, who showed great fighting spirit throughout the week and a half of competition! 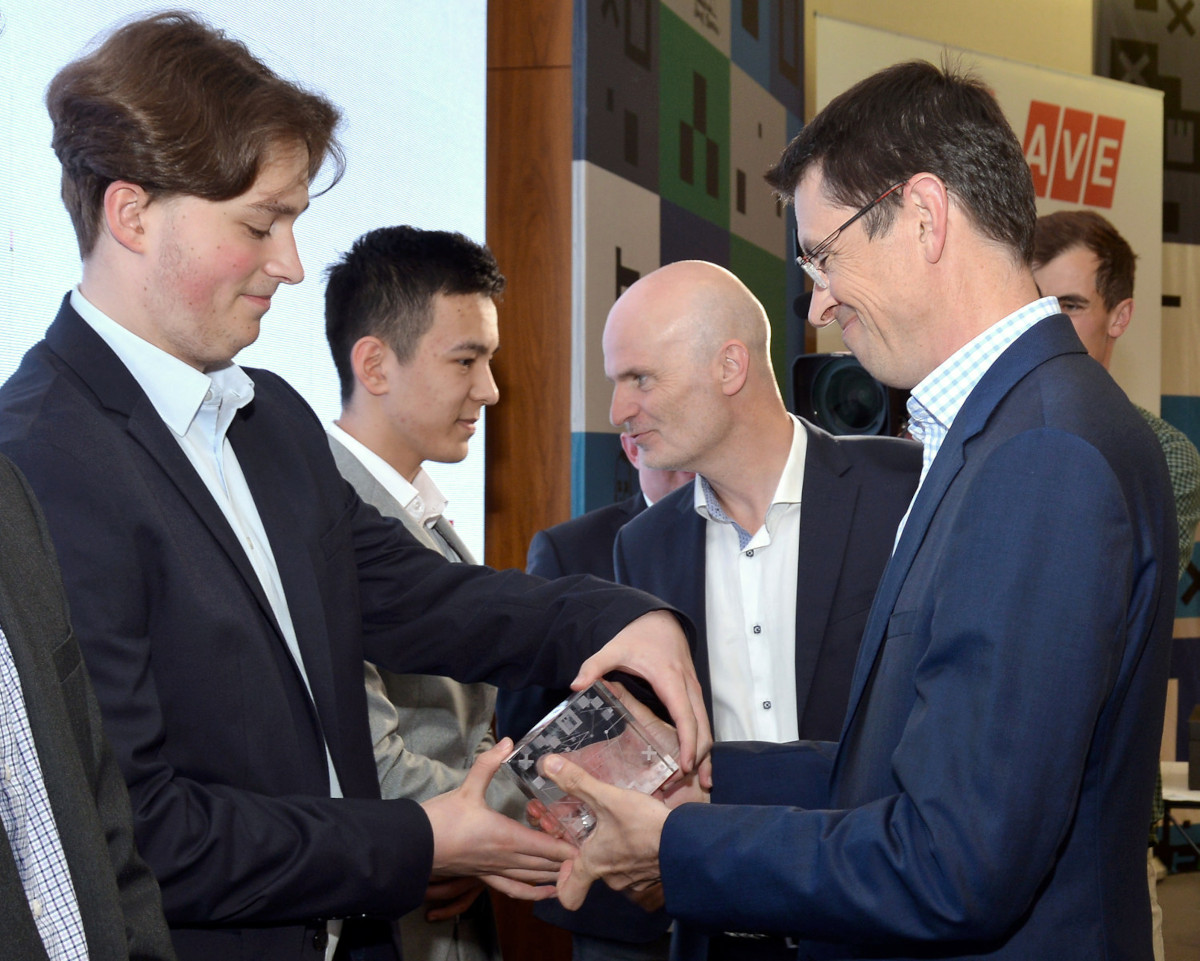 Karl-Anthony Towns On Game 3 Loss At Home: ‘This One Hurts’