FIDE announces the beginning of the 2022 Candidates Tournament

At the opening press conference in the Palacio de Santona in Madrid, FIDE announced the beginning of the 2022 Candidates Tournament to determine who will be the next challenger for the title of World Champion

The press event was held at the monumental Palacio de Santona and attended by the Deputy Councillor of Sports for the regional government at Comunidad de Madrid, Alberto Tomé González, FIDE Managing Director Dana Reizniece-Ozola and Fabiano Caruana. 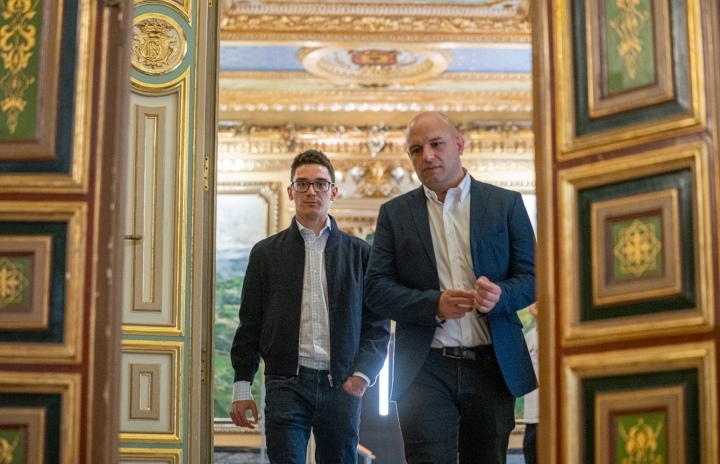 Dana Reizniece-Ozola, who is also acting as the Tournament Director of the 2022 Candidates, pointed out that the forthcoming event “is the most important tournament next to the world chess championship match itself”.

“Here, we will be hosting eight of the strongest chess players in the world. Before that, they have already been working all year long, qualifying for this event… They are the top of the top, who have proved to be the strongest at this point”.

Attended by Spanish and international journalists, the press conference started with showing a promotional video for the 2022 Candidates, which will be officially presented at the Opening Ceremony on Thursday.

Among eight players at the 2022 Candidates, there are three new potential challengers taking part in this event for the first time: Polish Grandmaster Jan-Krzysztof Duda (the winner of the World Cup), Richard Rapport (who qualified for the event as a runner-up in the Grand Prix series) and naturalised Frenchman Alireza Firouzja who at 18 (he will turn 19 on 18th June), is the youngest player taking part in the Candidates.

“The event which is before us will have 14 rounds and at least 56 exciting games”, said Reizniece-Ozola. 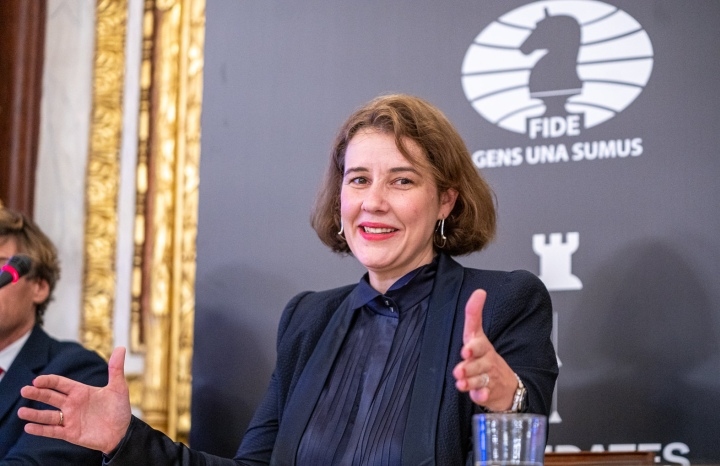 Apart from the Candidates Tournament itself, FIDE announced a series of additional events which will be held in Madrid, with the aim of giving more prominence to chess.

“We will try to reach out to the public and organise various events, including a tournament for young chess talents at the Palacio de Santona, so they can be close to the stars and feel encouraged to become future champions… We will be organising a chess and education conference, simuls and other street activities so that people in Madrid and Spain are aware of the event”, Reizniece-Ozola said.

FIDE Managing Director thanked Chess.com for their support in preparing the tournament and the Scheinberg family, which financially backs the tournament.

The Opening Ceremony of the 2022 Candidates Tournament will take place on Thursday, 16th June at 7 PM CEST at the Four Seasons Hotel. The tournament will commence on June 17th in Palacio de Santona. Built in 1730, the historic palace currently houses the Madrid Chamber of Commerce. For the next two weeks, this will be the venue where the next challenger for the title of World Champion in chess will be determined. As Reizniece-Ozola noted: “If you have the chess kings, you need a palace”.

Fabiano Caruana on what it means to play at the Candidates, the best strategy for victory and Alireza Firouzja

The only player participating in the Candidates to take part in the opening press conference was Fabiano Caruana (29), for whom this will be the fourth time to play in this event. 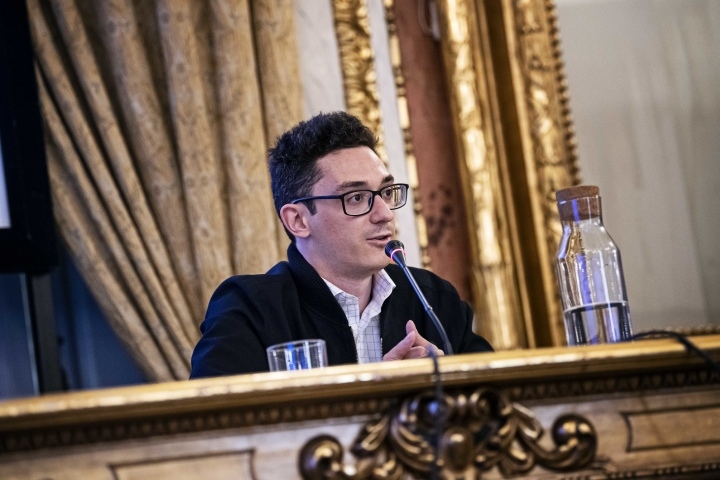 Caruana – who won the 2018 Candidates – was asked what it means to play a tournament like this.

“The tension of this tournament is only surpassed by the world championship match. For me, that was the highest tension I had ever felt in my life. Chess is a game, but it feels massively important when you’re in the midst of it,” said the American. “The most important thing to understand is that all of the players here, from their childhood – they had one dream, which is to become world champion.”

In the opinion of the former challenger, the final games of the tournament will be key.

“I think the final games of this tournament are usually where the differences are made. It shows who can handle the stress and tension best.”

Given that he has appeared in the three previous Candidates tournaments (his first appearance was in 2016 when he lost the final-round game to Sergey Karjakin that decided the winner), Fabiano Caruana was asked about the best strategy for winning a tournament like this.

“You can’t will wins into existence,” said the former challenger who lost in the tie-breaks to Magnus Carlsen in the 2018 match.

Speaking about the role financial rewards play in motivating the players, Caruana revealed that he hadn’t even looked at the prize fund for the event (which is 500,000 euros) and that he didn’t know the amount until it was mentioned by Dana Reizniece-Ozola at the conference.

“I didn’t know what it was until you mentioned it. Because anything which isn’t the first place to me would be considered a disappointment.”

Caruana was also asked about the chances the youngest participant Alireza Firouzja has in Madrid.

“He is not a very experienced player. He is super gifted and super strong, but he hasn’t played in this event before, and it is a different event from the ones he’s played in.”

Caruana said that the first time he played the Candidates – in 2016 – he wasn’t very experienced but “got close to winning it”.

“So, I don’t think it’s impossible for a first-timer to potentially win a [Candidates] tournament. I think he is also quite smart in his approach to chess and how he prepares. He has chances for sure. His ascent to World No 2 position was a little bit of momentum. I don’t think it fully conveyed his level compared to other top players in the world, but momentum carries you far, and I’ve experienced this myself”, said Caruana.

8 K-Pop Acts That You Should Be Stanning ASAP

Svitlana’s Smart Moves – Moving the right piece in the middlegame

Svitlana's Smart Moves - Moving the right piece in the middlegame