Prague: Niemann in the hunt

Two 17-year-olds and an 18-year-old are fighting to win the Challengers tournament at the Prague Chess Festival. Currently world’s numbers 2, 3 and 7 among junior players, the three rising stars have not disappointed, as they have been the strongest among the ten players eyeing to get an invitation to next year’s Masters section.

This Najdorf-DVD is suited for the beginner as well as experienced club players. Pelletier presents a classical repertoire that’s easy to learn and covers all you need to know about the Najdorf.

After seven rounds, Vincent Keymer and Nodirbek Abdusattorov are sharing the lead on 5 points, while Hans Niemann stands a half point back. Niemann lost his round-2 encounter, but has won all three of his games with white since. On Wednesday, the US grandmaster outplayed Zbynek Hracek in a double-edged Najdorf Sicilian.

Instead of moving the bishop from c4, White can respond by 13.e5, attacking the rook on a8. This was the strongest move according to the engines, and one that apparently Niemann had foreseen, as he only spent 5 minutes before playing it — in an extremely sharp position. At this point, Zbynek noticed he was in trouble and needed almost a half hour before playing 13…Bxe5, the engine’s first suggestion as well.

After 14.fxe5 d5 (14…Rb8 is stronger) 15.Bb3 Nxe5 16.Qg3, White emerged from the complications with a piece for two pawns. More importantly, Niemann’s attack on the kingside was quicker and more effective than Black’s counterattack on the opposite flank.

Niemann got to finish the game in style. 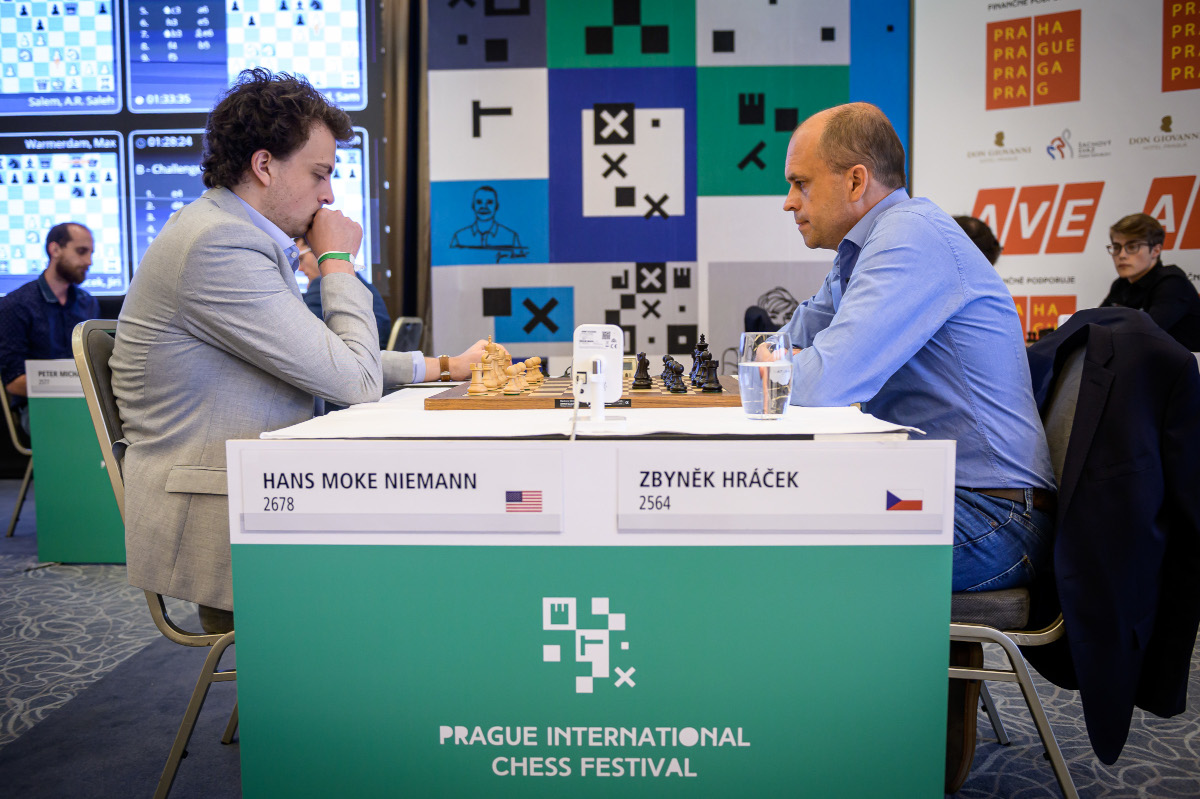 Meanwhile, in the Masters, Le Quang Liem is the sole leader with two rounds to go. Pentala Harikrishna is his closest chaser, a half point behind. Given the Masters players’ form in Prague, Hari has good chances of catching his Vietnamese colleague, as he is set to face the field’s lowest scorers in the final rounds: Saleh Salem and David Anton.

Salem was sharing last place with Anton until round 6, but managed to defeat the latter in their round-7 direct encounter to leave the cellar of the standings table.

A half point behind Harikrishna, three players still have outside chances of winning the event. Among them is defending champion Sam Shankland, who defeated Parham Mghsoodloo with the white pieces on Tuesday.

Engines evaluate this position as close to equal, but for a human playing black, a tough defensive task lies ahead: his opponent has the better structure and the outside passed pawn on the kingside. Shankland kept upping the pressure until scoring his second victory of the event in what turned out to be a 76-move encounter. 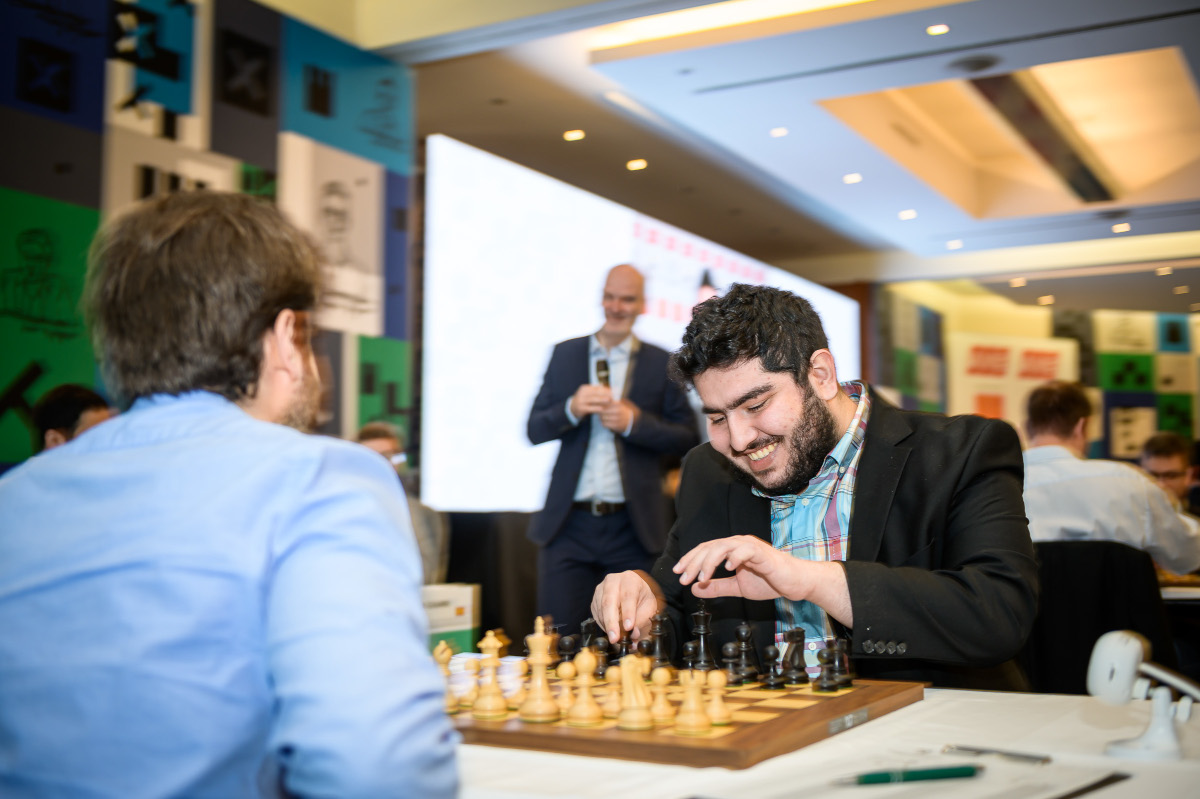 Sharing a laugh before the start of the game — Sam Shankland and Parham Maghsoodloo | Photo: Petr Vrabec

Armando Bacot Returning to Carolina For His Senior Season