Targu Mures is the seat of Mures County in the historical region of Transylvania. With a population of about 130 000 it is the 16. largest city in Romania.

This year, it became the host of the 2. leg of the Romanian Chess Grand Prix – a series of five tournaments (two rapid and three classical events) with the highest prize fund a Romanian Open has seen in decades! The winner of each leg takes home 5000 Euros, while the 1. women’s prize is about 1000. The series of tournaments is the brainchild of the Romanian Federation, who thanks to the enthusiasm of the local sponsors and organizers, but also to the support of the Superbet foundation, are bringing Romanian chess to a new level. Young players have the chance to play against strong opponents while not having to spend fortunes on travelling abroad, while the professionals can fight for good prizes while discovering the beauty of our own country.

The 1. leg of the Grand Prix (rapid chess) was held in Bucharest last month, during the opening of the Grand Chess Tour and was a big success. I was not able to participate then, as I was still at the Capablanca Memorial in Cuba. This time, I was also not sure if to participate or not… My summer calendar was looking somewhat packed and I was intensely caught up in finishing up my 2. Chessable course. On the other hand, I wanted to play an Open in Romania to try to get some GM scalps, but it seemed to me that I might lack the needed energy and get into the collection of some dangerous juniors myself. Finally, I decided to give it a try.

Targu Mures is a lovely, little city with many historical buildings. It also has a lot of parks and lakes. There was a nice recreational complex with swimming pools, lakes, and terraces just a short walk away from the place where I stayed. Going to the tournament hall, I was happy to discover we were playing on the territory of the University of Medicine and Pharmacy of Targu Mures. It is one of the most important Universities of Medicine in Romania – many types of transplant surgeries are possible in this place (for example the pediatric heart transplant surgery). The University has many interesting new specialties bringing together IT and engineering with medicine. I love it when chess is associated with important branches of Art and Science – it signals that “Chess is important” and that is exactly how I felt chess was seen in Targu Mures.

The sports hall, where the tournament was taking place, was bustling with life – 57 participants in the A section and 93 in the B section (under 2200 Elo). Don’t forget all those worried parents who were waiting for their kids to finish the games! 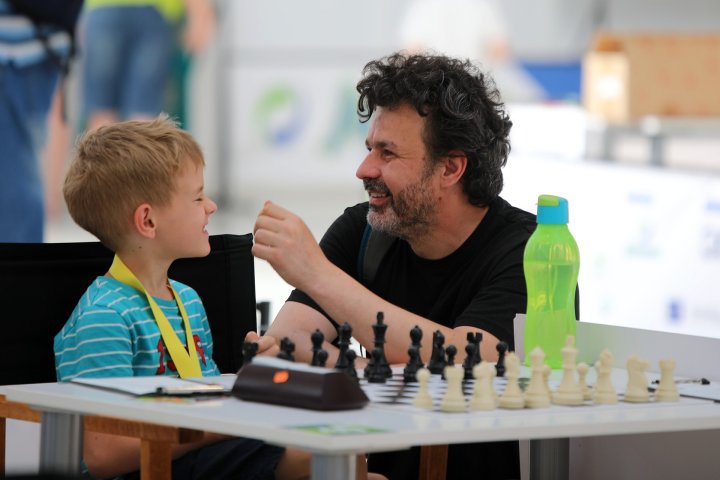 Father and son sharing a passion for chess

Anyhow, the place had enough room for all – I was pleasantly surprised to find out a corner with free coffee and water, as well as a commentator’s area – the tournaments had live coverage and the players were periodically invited to give interviews.

I started with a win, but then missed my chance in a completely winning position in the 2. round vs the 15-year-old Filip Andrei, who had a fantastic tournament, scoring 5,5/9 with no losses and getting an IM norm with a 2510 performance. 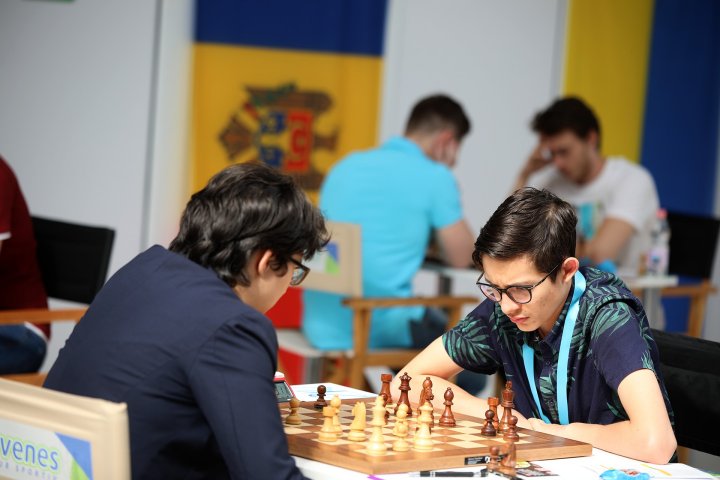 Later, I drew one game after the other, sometimes missing chances, sometimes being somewhat lucky. I managed to win one more game in round 8. With another draw in the last round, I finished with 5,5/9. 2 wins and 7 draws! I have never made so many draws in one tournament, I think not even in two tournaments… But, I was happy to play some solid chess for a change and get the 1. women’s prize. IM Marina Brunello came 2. and WIM Julianna Terbe came third.

WGM Mihaela Sandu had a very good tournament and gained 27 ELo points. She was a bit unlucky to come 4., but she is responsible for the biggest surprise of the tournament: In round 1 she won against none other than the 1. seed of the tournament – GM Liviu Dieter Nisipeanu – who still managed a comeback and won the tournament with 7.0/9. 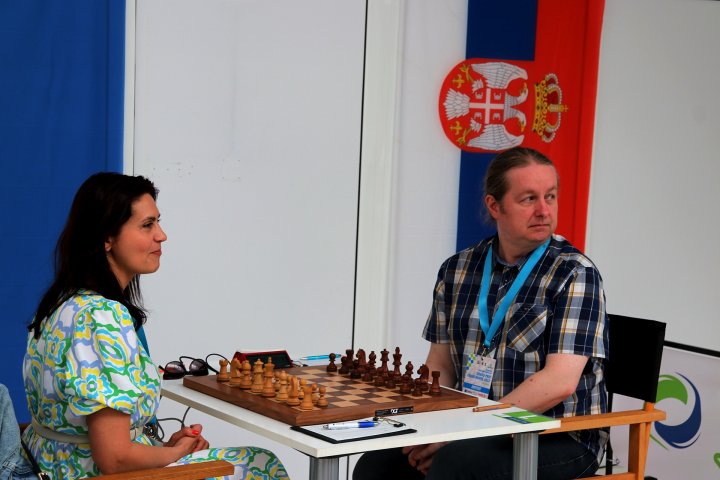 Another revelation of the tournament was the player who came 2.: 13-year-old FM Ihor Samuenkov from Ukraine. I was seriously impressed by this young man – on and off the board. Ihor played some very good, sound chess, scoring 6.5/9. 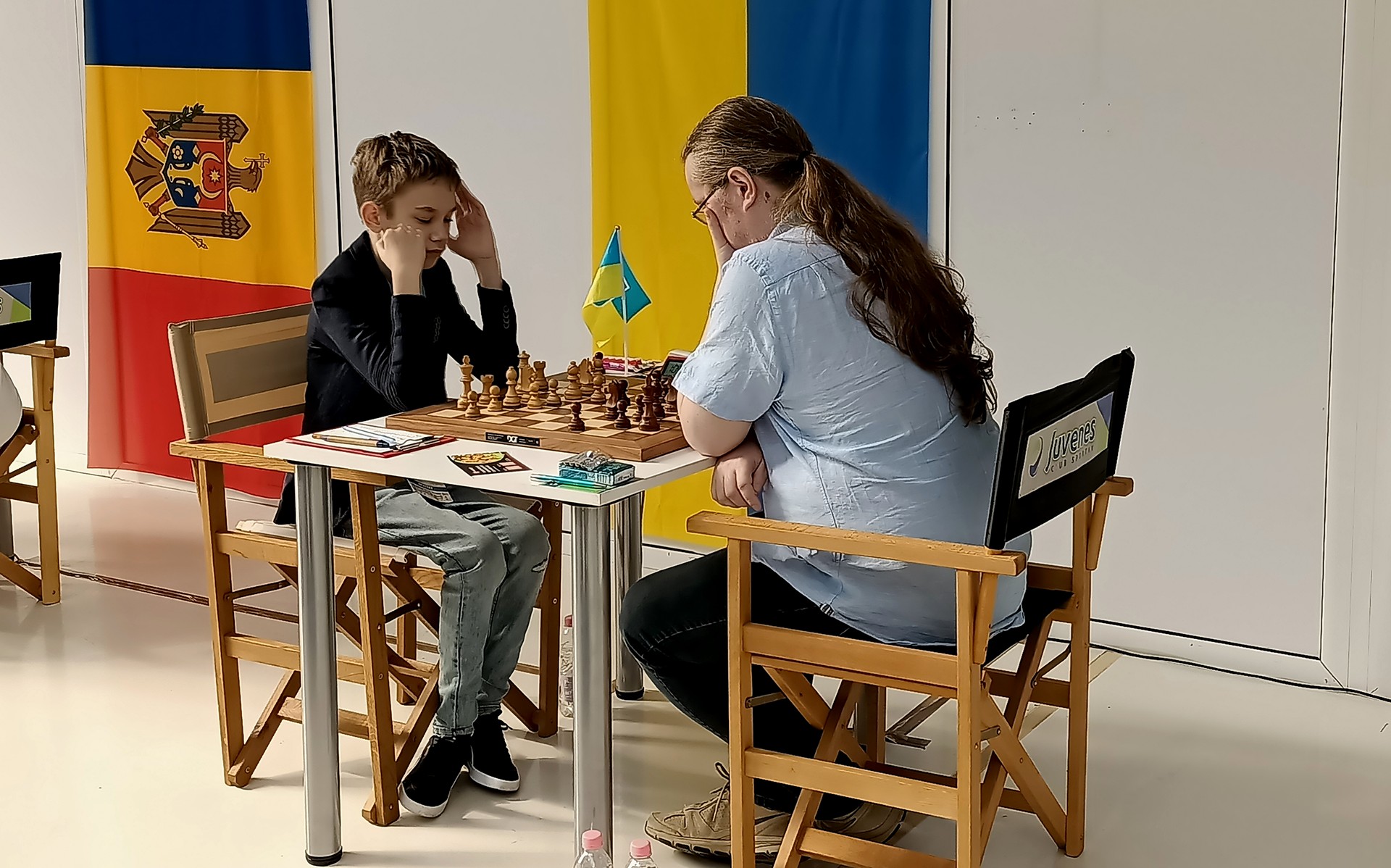 Ihor Samuenkov and Nisipeanu during their game of the last round

He was always happy to analyze his games with his opponents and spoke very calmly, showing a great level of knowledge but also education. I am impressed whenever I see a kid who isn’t only very good at chess at a very young age, but who also demonstrates the best qualities any mother wants her child to have. He scored his last IM norm in Targu Mures and I believe it will not be long until the GM norms will arrive.

Bulgarian GM Martin Petrov came 3., having the best tie-break in the group of players who scored 6.0/9.

Final standings after round 9

The B- tournament had a surprising winner – the 19. seed Vasile Strugari, who scored 7.5/9. He is a quite well-known poker player in Romania, but chess is his other big passion. Perhaps the prize money was not what he was used to in poker, but I have a feeling that his win was not about money. 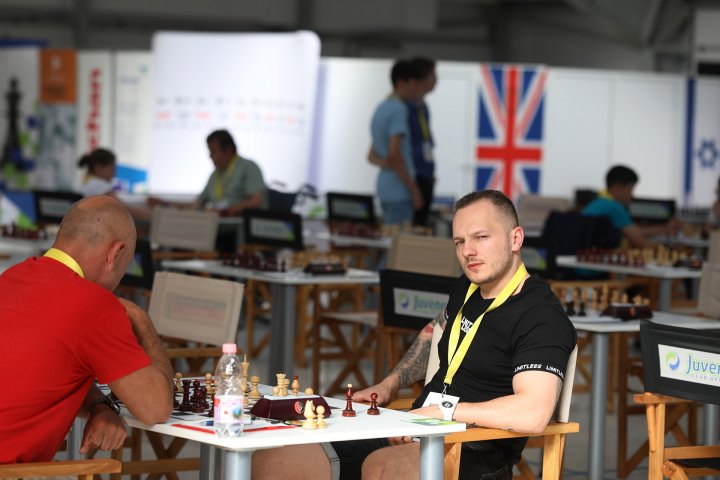 All in all, it was a great event and I want to thank the organizers IM Daniel Baratosi and Marius Calin Chereches for their efforts to make this tournament memorable for all of us. I am proud that events of this level are organized in Romania, and I am thrilled to meet people who love, support and dedicate their lives to chess!

P.S. I hope that this report has ignited your interest to participate at tournaments in Romania! If that is the case there is a great opportunity: the 3. leg of the Romanian Grand Prix will be hosted in Miercurea Ciuc – another charming city in the heart of Transylvania – from August 20th to 28th. The first prize is the same – 5000 Euros and there is a bonus: no double rounds! For more information see: Romanian Grand Prix_25.Caissa_En.pdf